Pumpkin Plunkin’ over the falls! 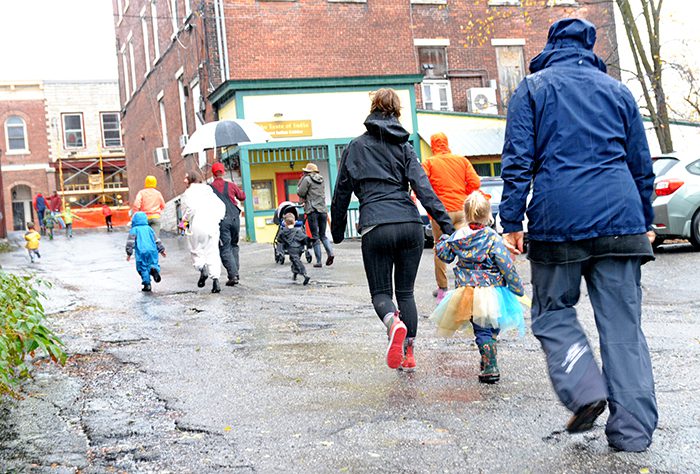 Families then ran up Bakery Lane to beat the pumpkins to the finish line. 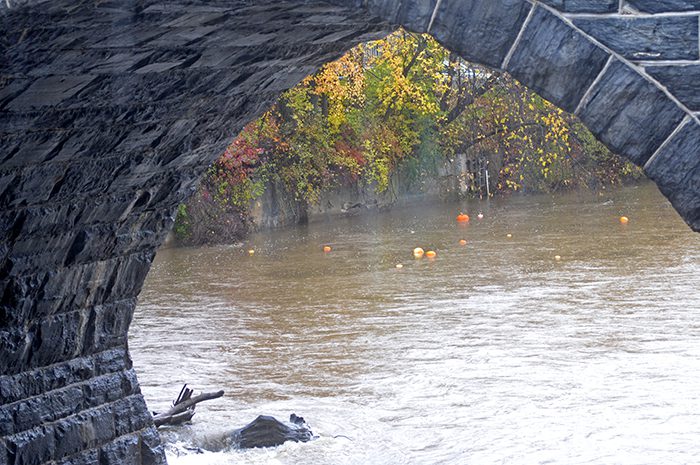 The pumpkins float toward the Main Street bridge. 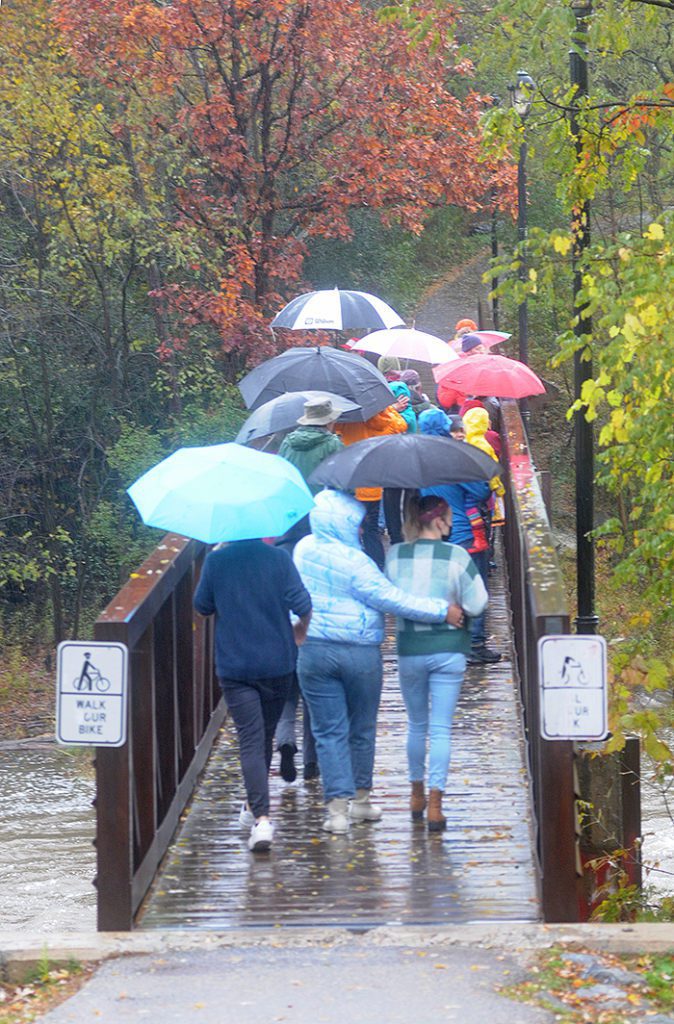 The families gathered on the foot bridge to cheer on their pumpkins. 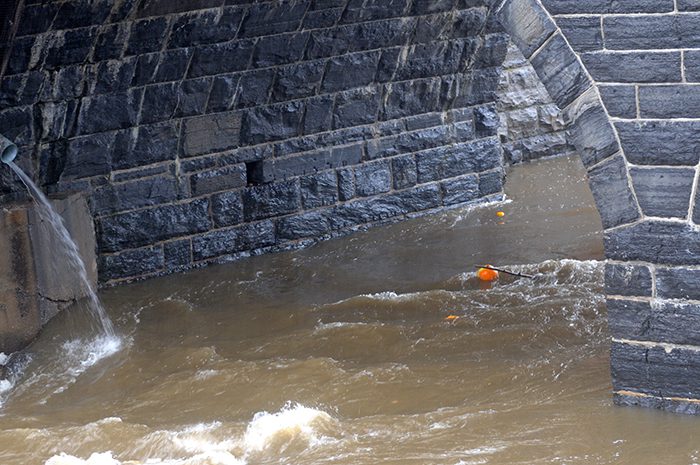 …and under the bridge … 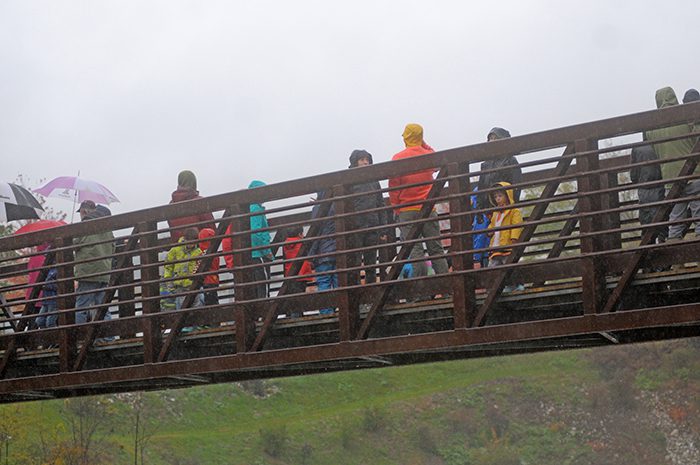 You could almost feel the anticipation it was so sharp. 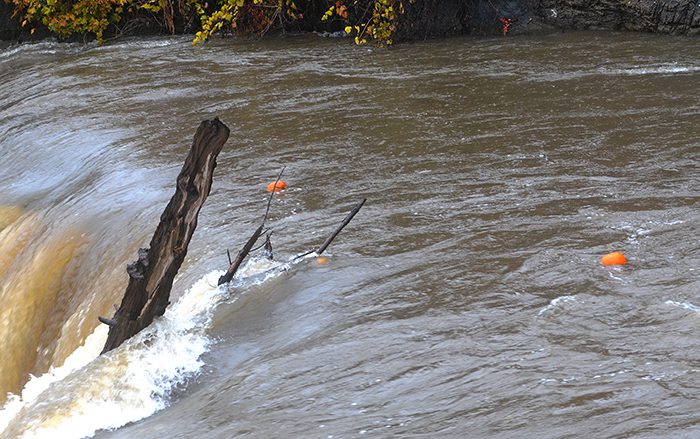 The pumpkins get closer and closer to the rushing falls… 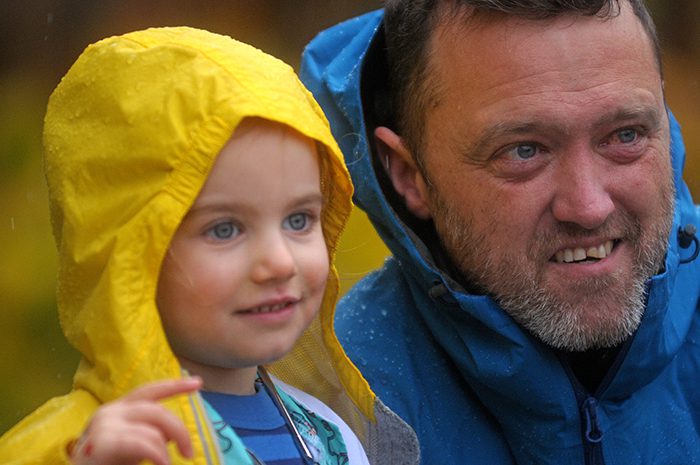 Three-year-old Ingrid Grawdusky and her father Shane scanned the creek for the winning pumpkin. 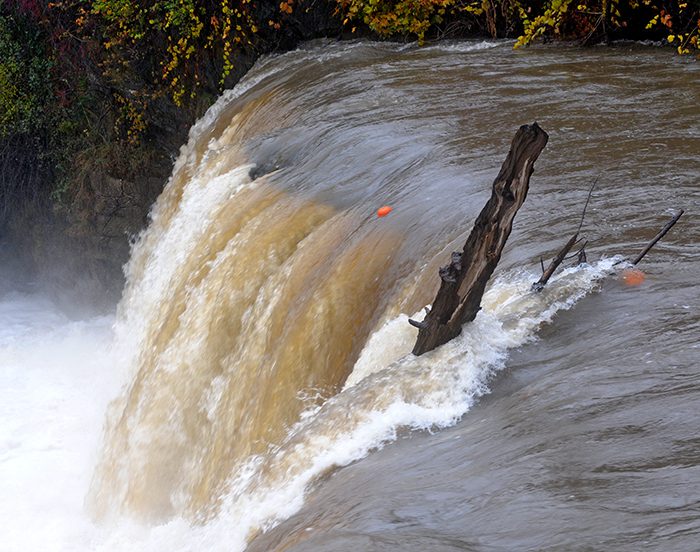 …and OVER the Otter Creek Falls! 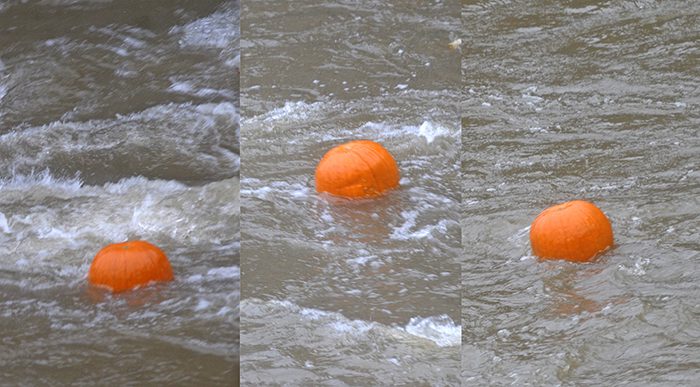 The pumpkins that survive the plunge (we think it was pretty much all of them) bob along in relief below the falls. 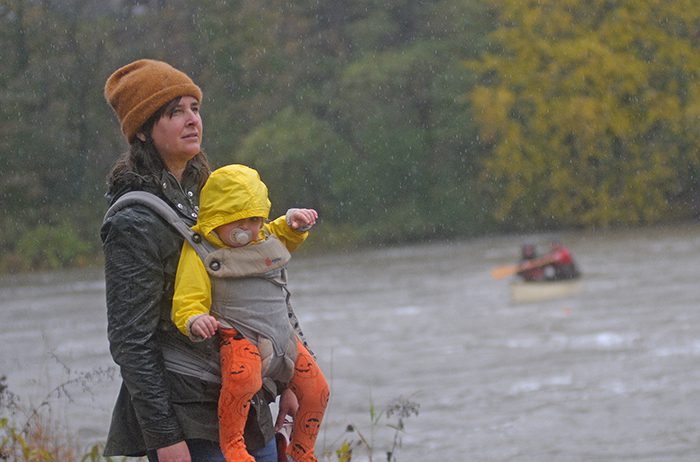 Susan Parsons and her one-year-old Marle braved the rain to watch the pumpkins. In the background a canoe is ready to pick up all the pumpkins that made it passed the Old Mill building. 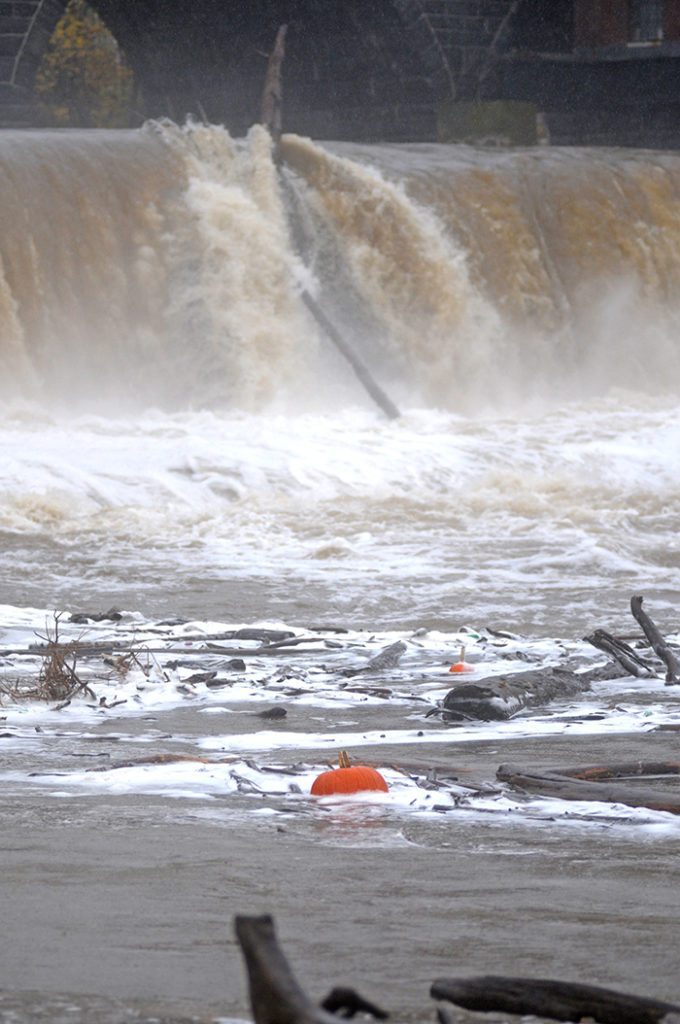 This year, because of the high water, many of the more than 20 entrants ended up getting caught in the eddy on the north side of the creek below the falls. There they floated around and around for hours. 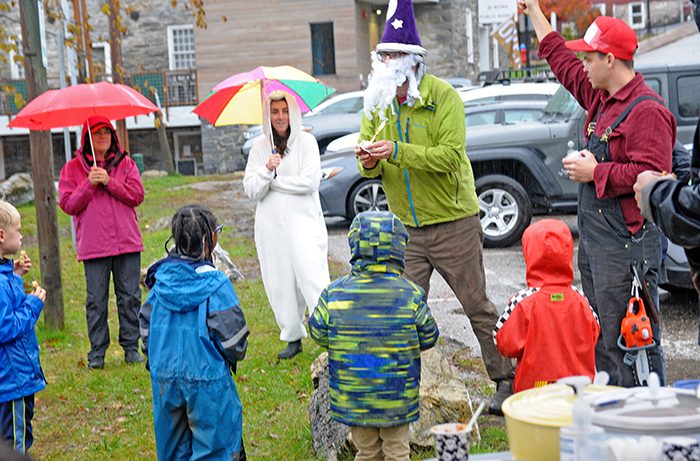 A parent in his own Halloween costume announces the winners to the children who gathered on Mill Street for the awards ceremony. 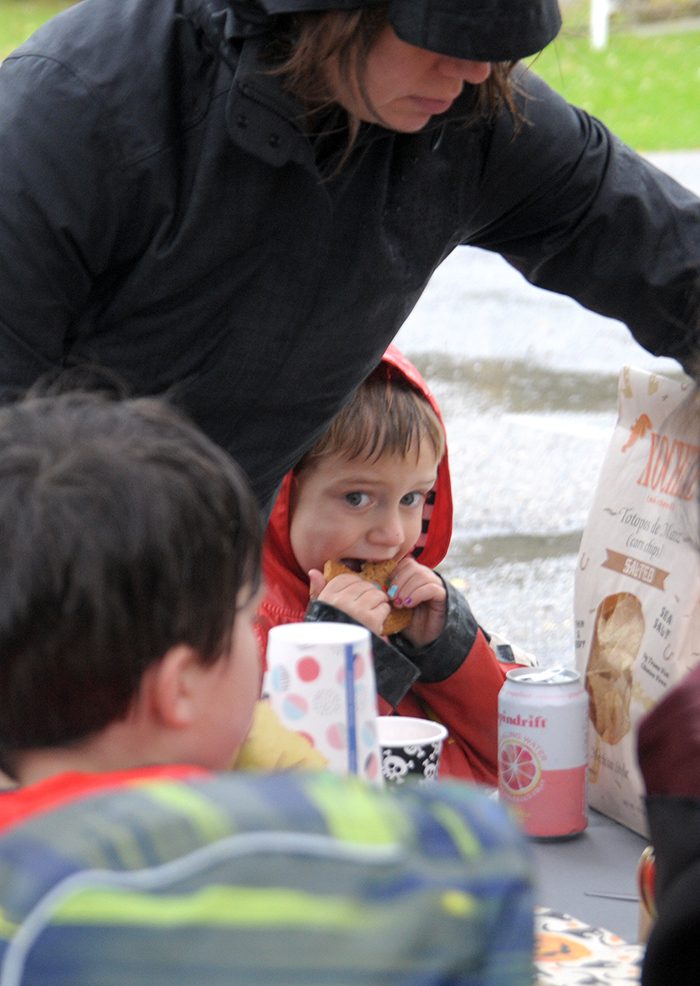 One child enjoyed a cookie while waiting to see the winner up close. 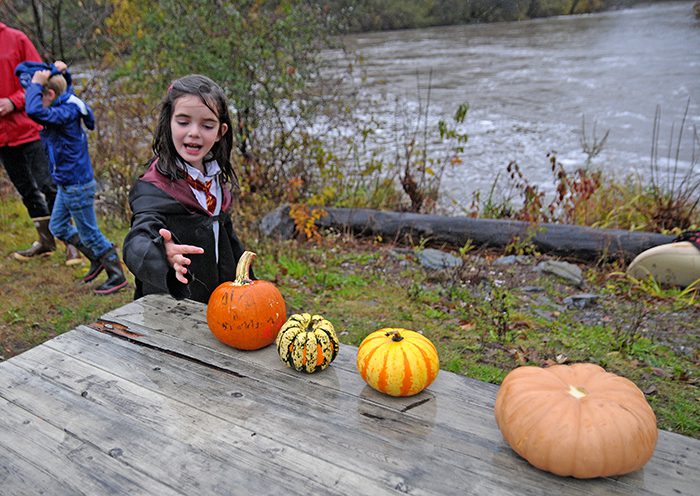 Seven-year-old Pippa shows off the four pumpkins that made it over the falls, past the eddy and under the footbridge. That capped another exciting year of the Pumpkin Plunkin’! Independent photos/John S. McCright