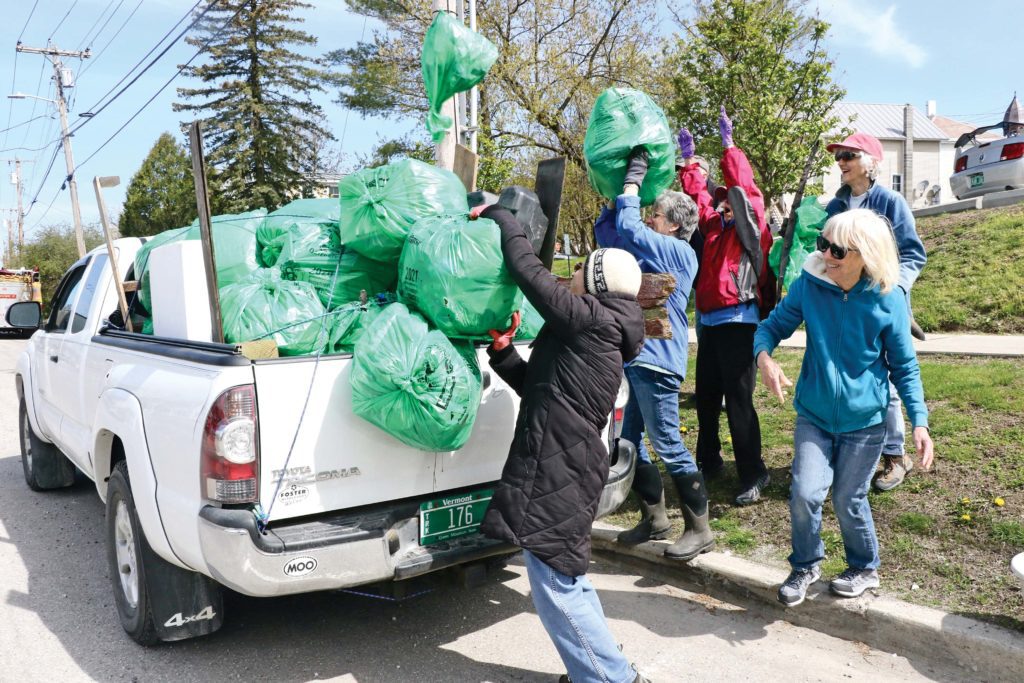 VERMONTERS SPREAD OUT along the roads and byways of the state this past Saturday to pick up accumulated winter roadside trash on Green Up Day. A group of tidy folk at the Congregational Church of Middlebury gathered many green bags of trash around downtown Middlebury, including behind the Ilsley Library. Here they celebrate their haul by tossing the last few bags into a pickup bound for the transfer station. Independent photo/Steve James 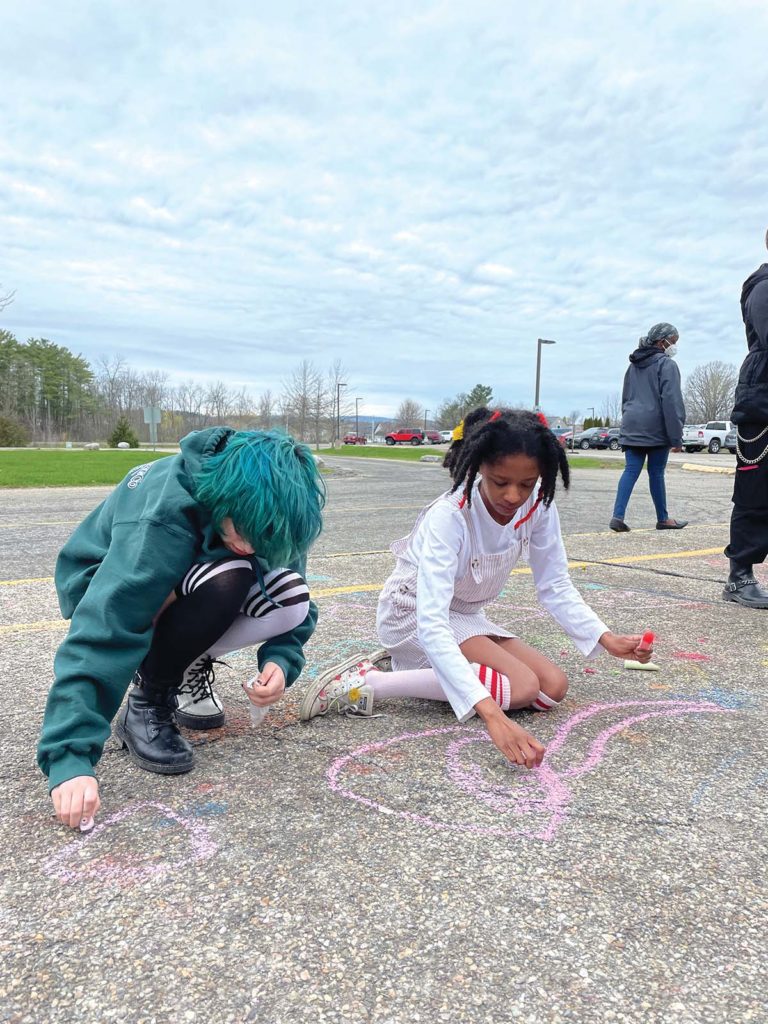 STUDENTS AT MIDDLEBURY Union Middle School last week took to the sidewalks for a Chalk Festival. The festival was organized by The Friends of MUMS group and the Community Partnership Council as an end-of-year celebration. Photos courtesy of ACSD 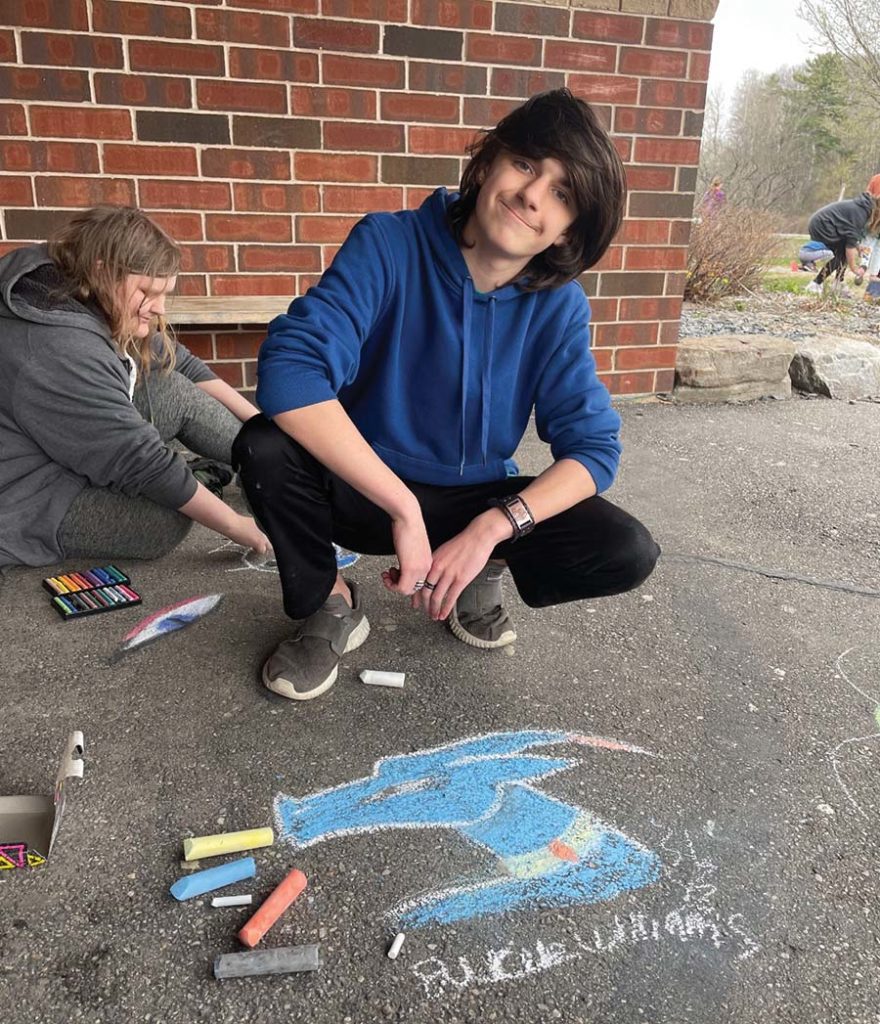 DESPITE THE RAIN, the MUMS students created vibrant drawings and positive messages on the sidewalk leading to the school. They also had a special barbecue lunch and popsicles donated by Hannaford supermarket. Photo courtesy of ACSD 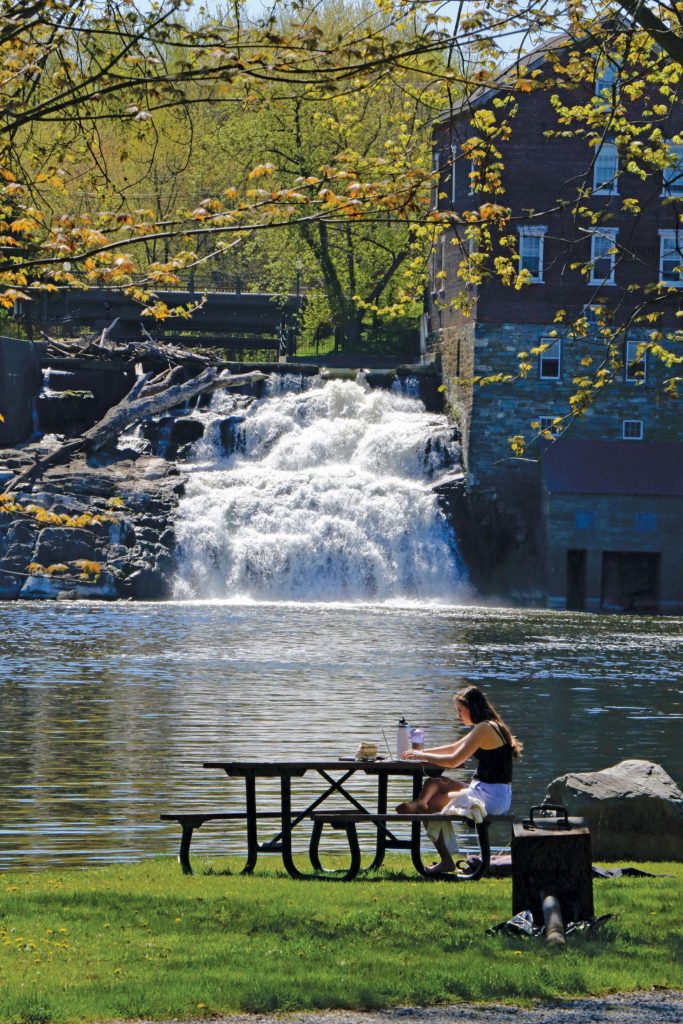 THE EMERGING LEAVES on the maple in Vergennes Falls Park say spring, but the warm sun, sleeveless shirt and shorts say summer. Seems like this young woman found the perfect place to get some work done on Tuesday morning. Independent photo/Steve James 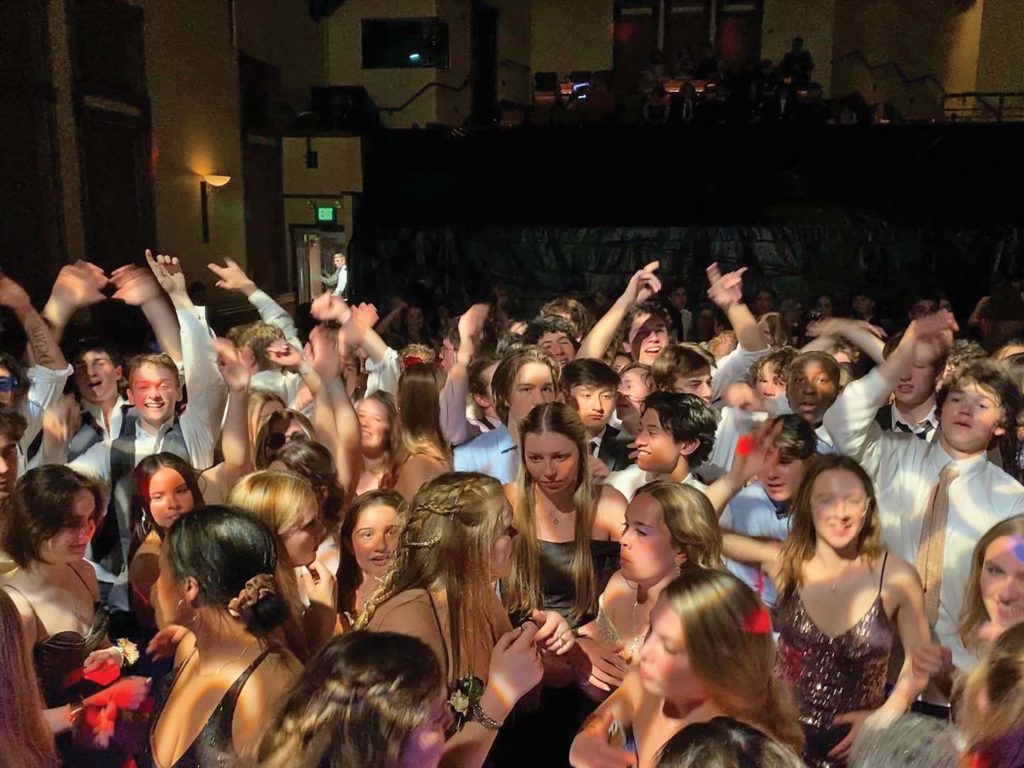 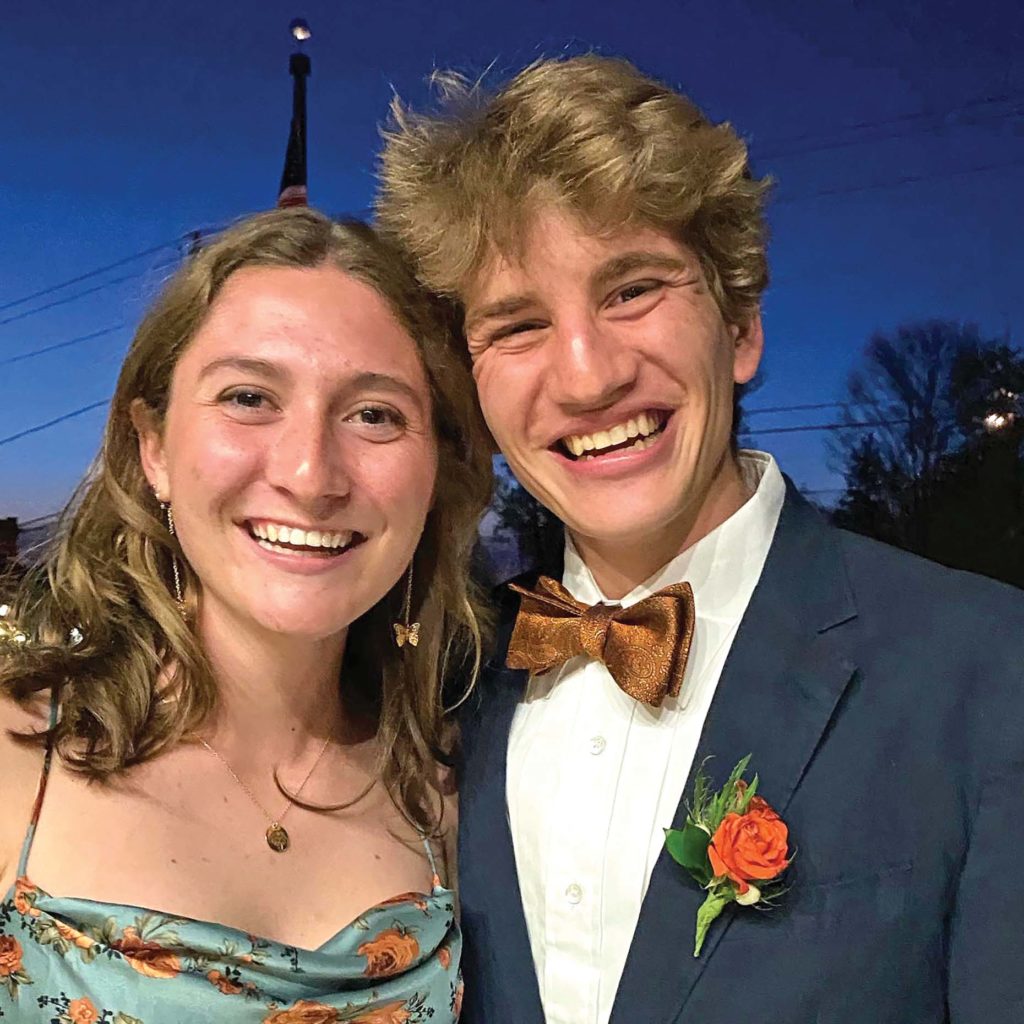 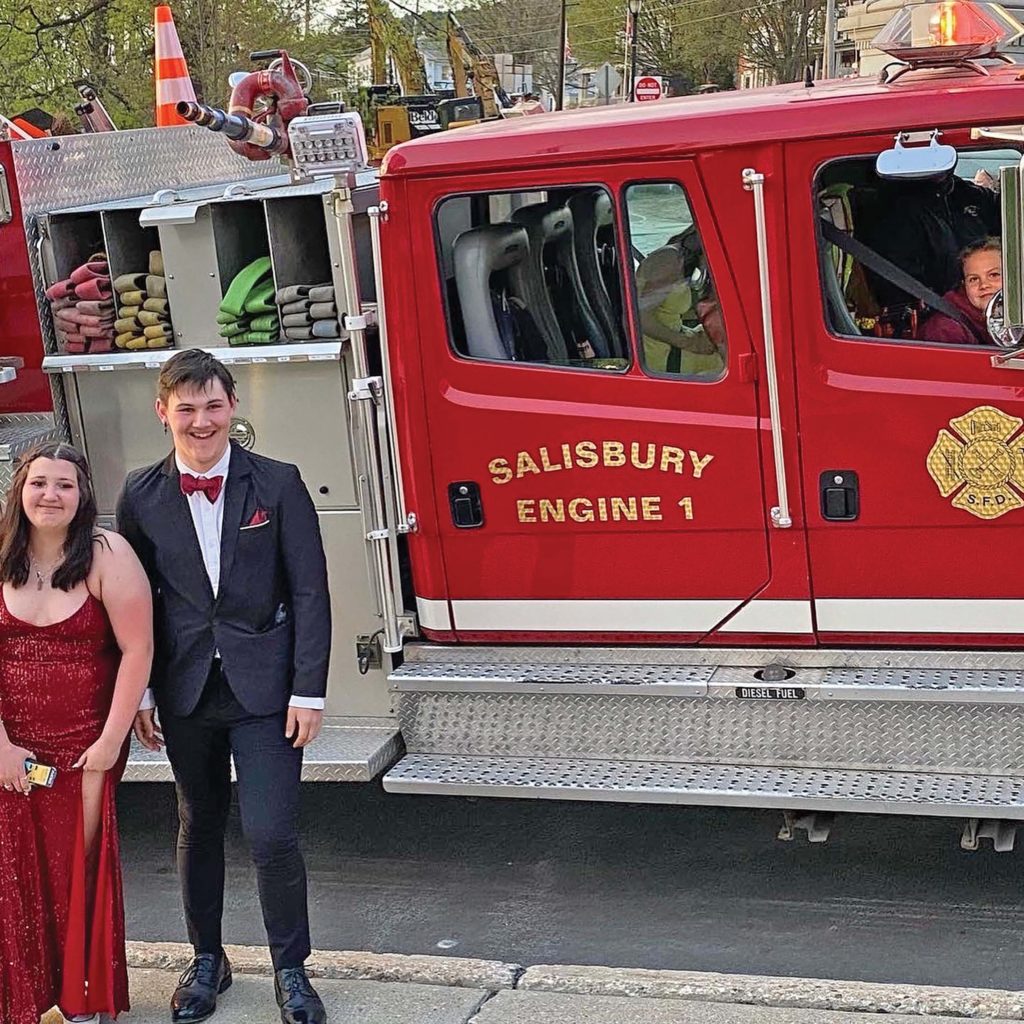 LACEY LAZARSKI-BROCK and Hunter Lloyd were dropped off at the MUHS Senior Prom by a Salisbury firetruck that gave a “toot-toot” before departing. Photo by Sarah Soule 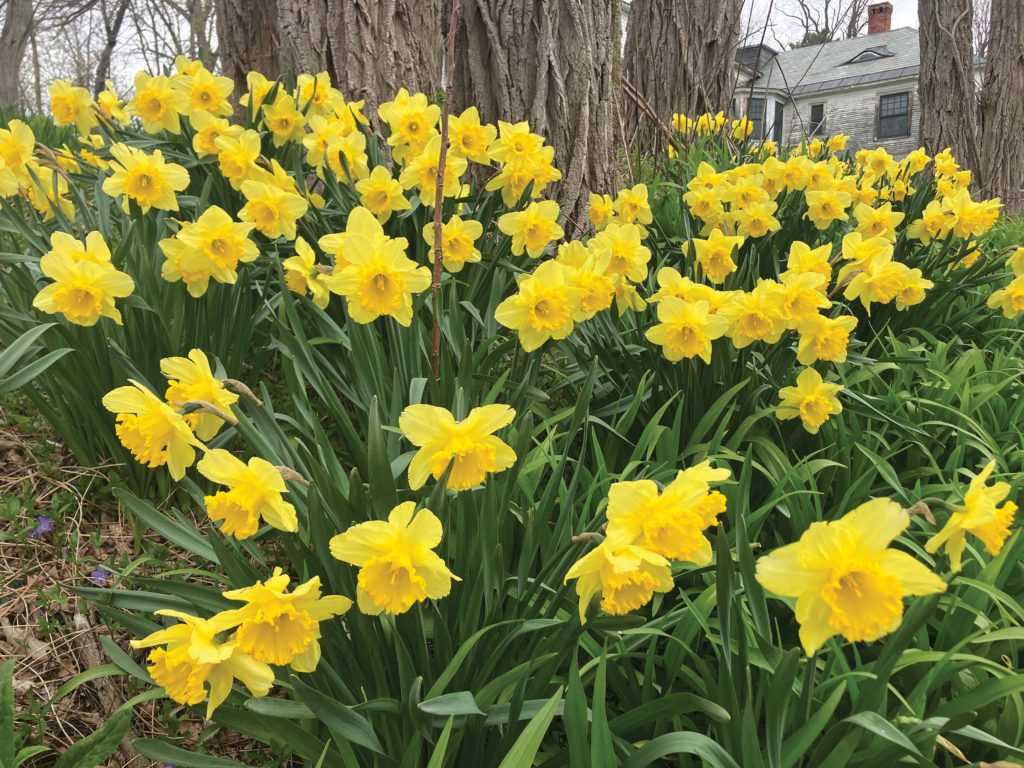 AN OLD SAYING has it that a single daffodil signals misfortune, but a bunch expresses joy and happiness. If that is the case, then this time of spring is filled with lots of joy and happiness in Addison County. We saw many lawns absolutely bursting with daffodils when we stopped to take photos at this spot in Middlebury last week. Independent photo/ John S. McCright 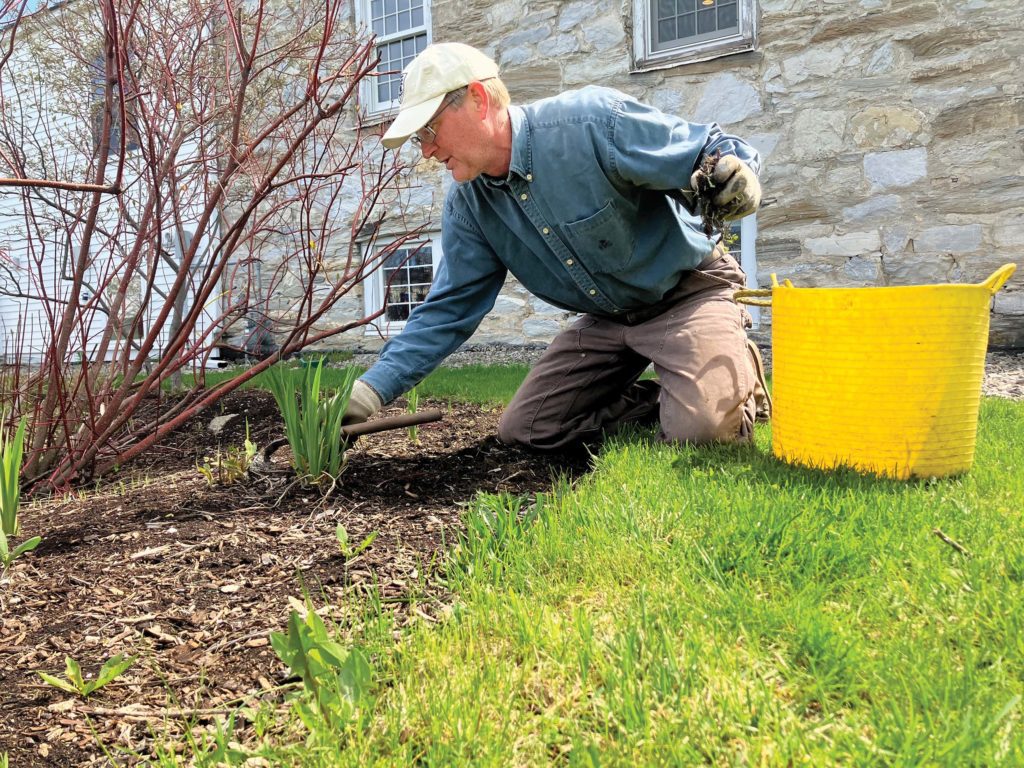 JUSTIN WILLIS FRESHENS up the rain gardens in Riverfront Park in Middlebury’s Marble Works this past Thursday. Removal of a few early weeds and a fresh coating of mulch and composted soil makes for a nice backdrop for the red dogwood stems and yellow and white daffodils. Independent photo/John S. McCright 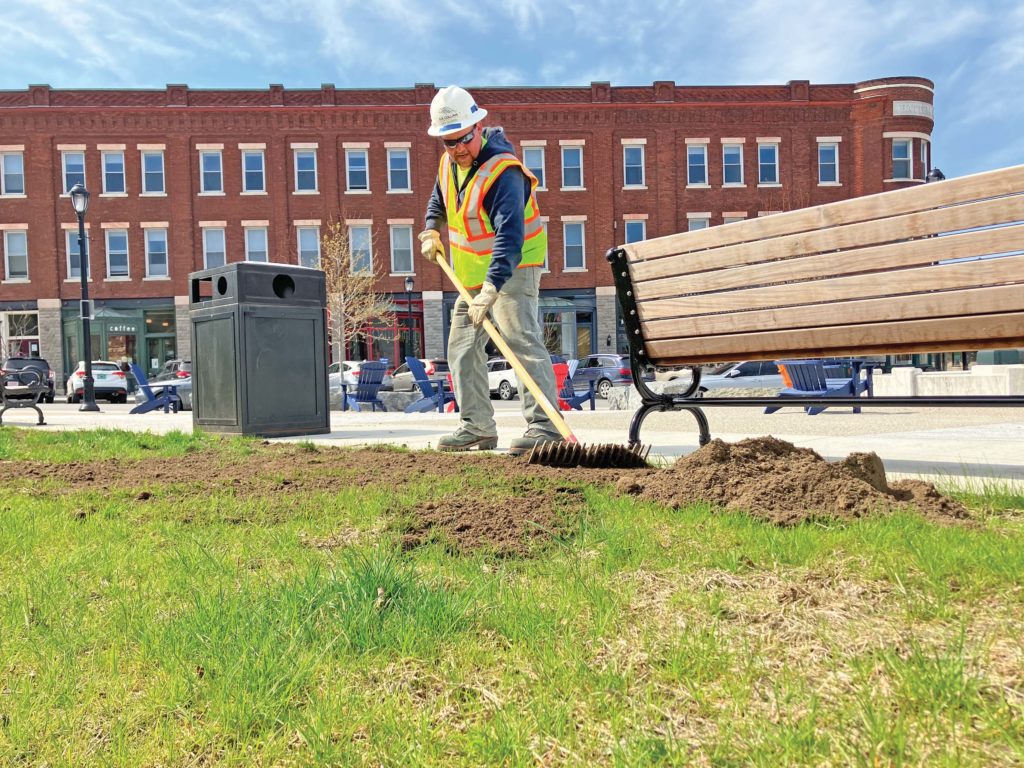 THE BATTELL BLOCK in downtown Middlebury provides a beautiful red backdrop to the brown soil that Cale Gleason is raking over the green grass in Triangle Park recently. Gleason, a superintendent for Kubricky Construction who worked on the main rail tunnel project — including laying in the precast concrete tunnel sections — took advantage of the nice spring weather last week to tidy up some of the landscaping that is finishing up the $72 million job. Independent photo/John S. McCright