Photos of the week: March 17 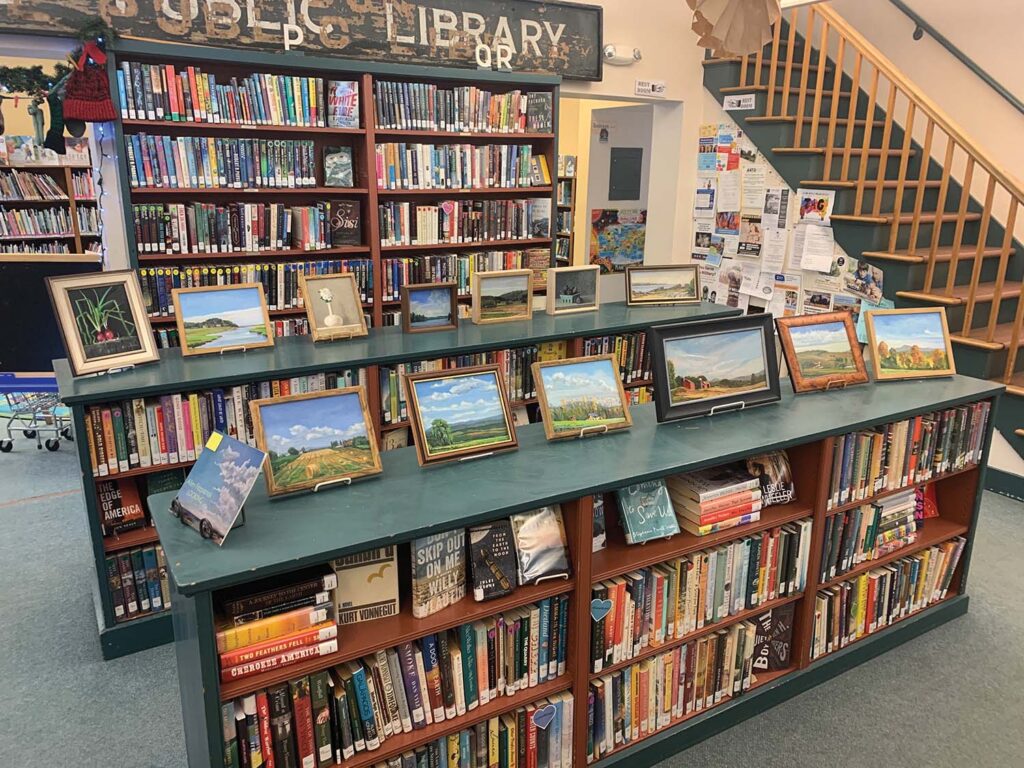 SMALL PAINTINGS BY Allen Fitzpatrick rest atop a bookshelf at the Brandon Public Library. Fitzpatrick relocated to Leicester after retiring from a 40-year teaching career in New Jersey. His paintings are a reminder of warmer weather ahead. They will remain on display until the end of March. Photo/Allen Fitzpatrick 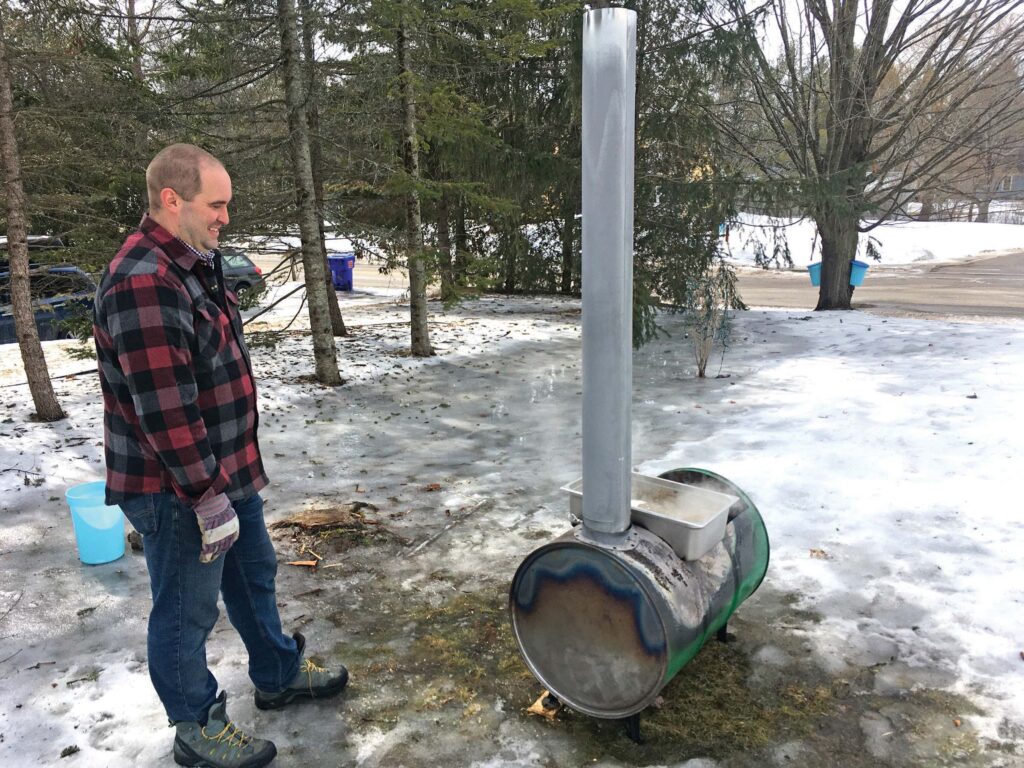 JOSH DISHAW, WHO was featured in an Addy Indy story about how he and wife Meghan were renovating their Middlebury house two springs ago, was recently seen boiling down sap from his and his neighbors’ maple trees in a homemade evaporator that appears to be fashioned from a 55-gallon drum. Is there anything this guy can’t do? Photo courtesy of Andrew L’Roe 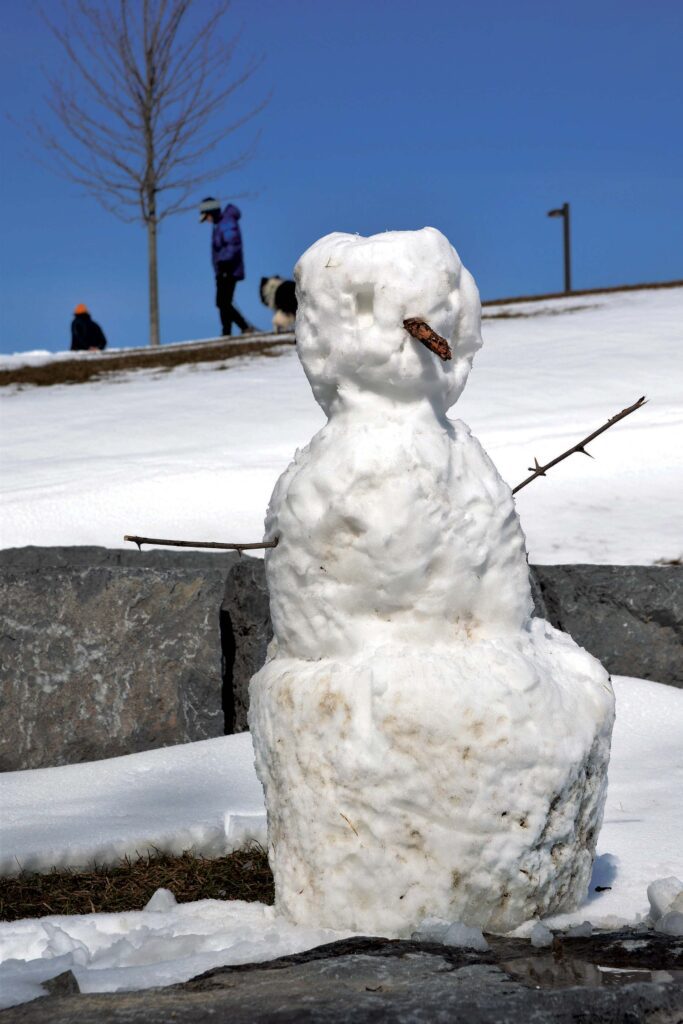 WHILE SOME PEDESTRIANS enjoy a stroll through Riverside Park in Middlebury’s Marble Works on a sunny Monday afternoon, this frozen fella appears to have lost his smile as warmer temps made him an endangered species. Independent photos/John S. McCright 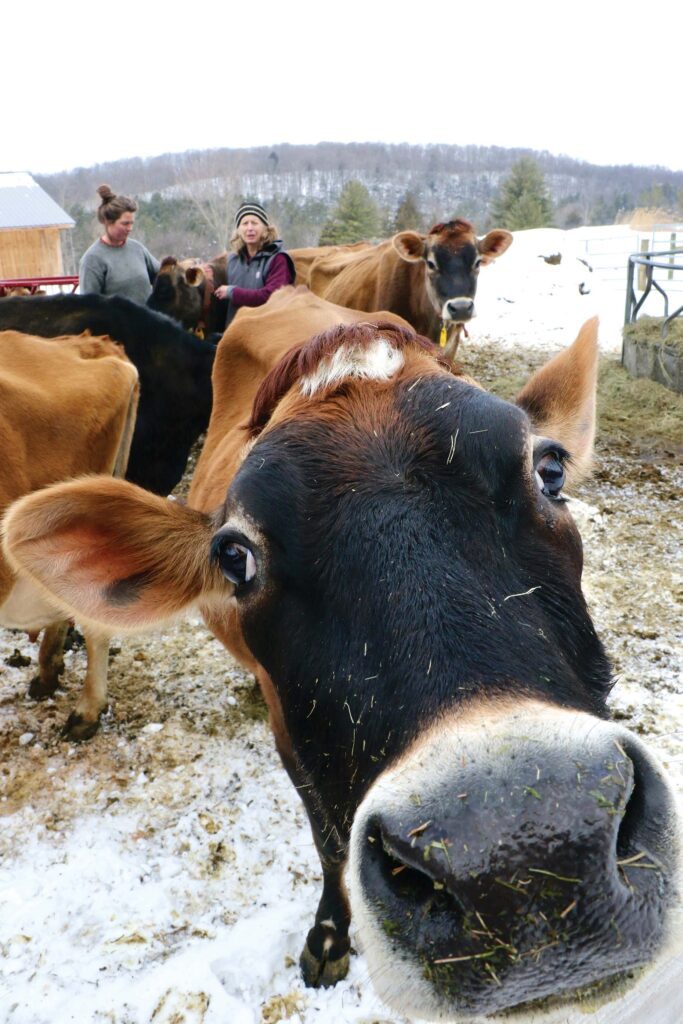 A JERSEY COW investigates the cameraman in Shoreham. photo/Steve James 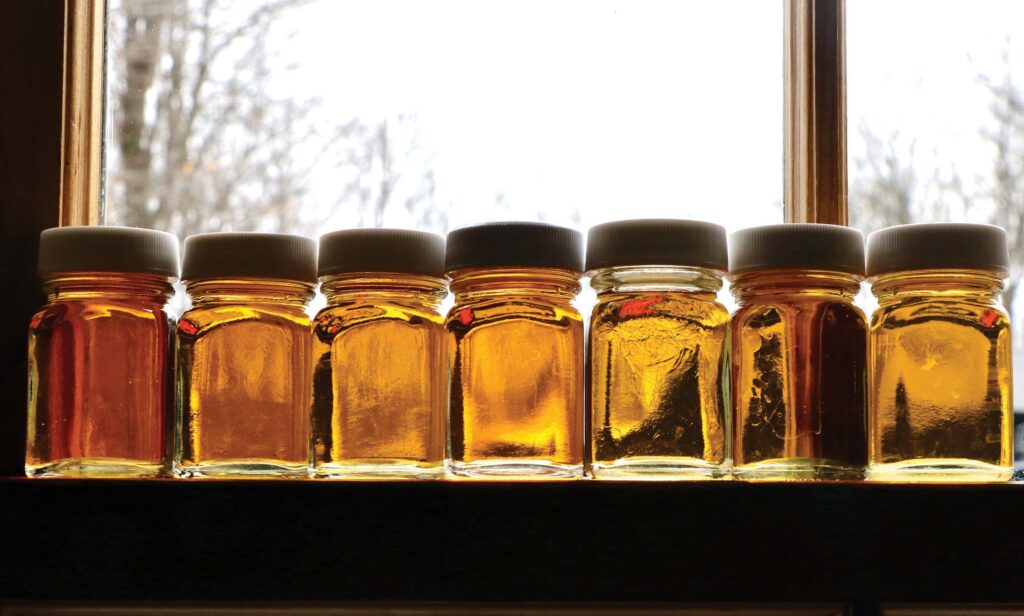 SAMPLE BOTTLES OF maple syrup catch the light from a window in an Addison County sugarhouse this week. Independent photo/Steve James 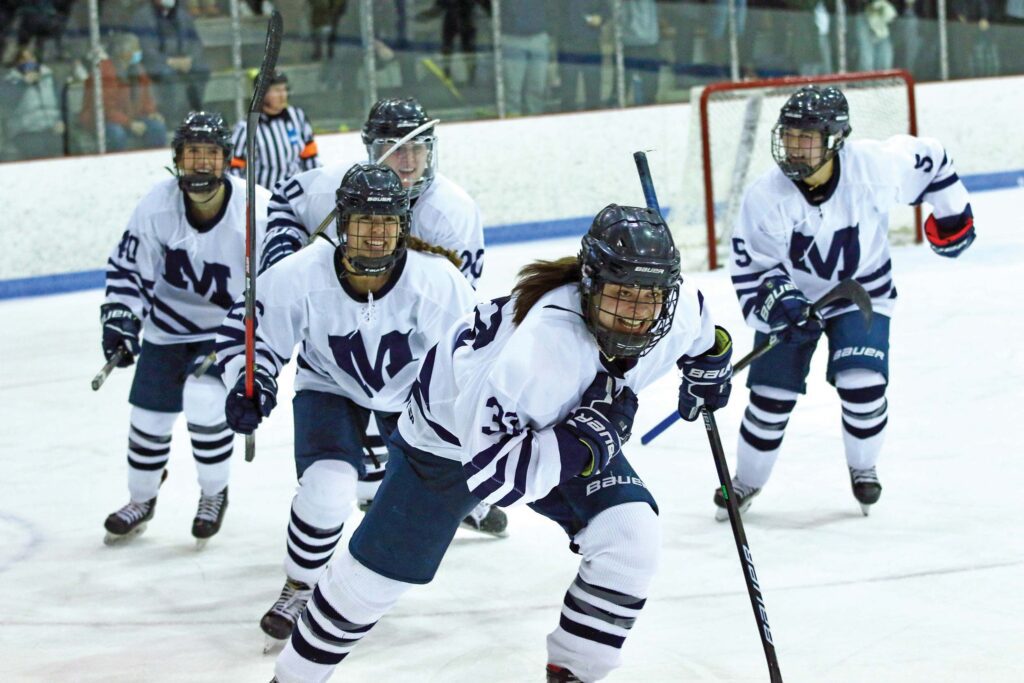 PANTHER FRESHMAN KYLIE Quinlan and her teammates are all smiles as they skate back to their bench after Quinlan’s first goal on Saturday gave Middlebury a 1-0 lead over visiting Endicott in an NCAA quarterfinal. Independent photo/Steve James 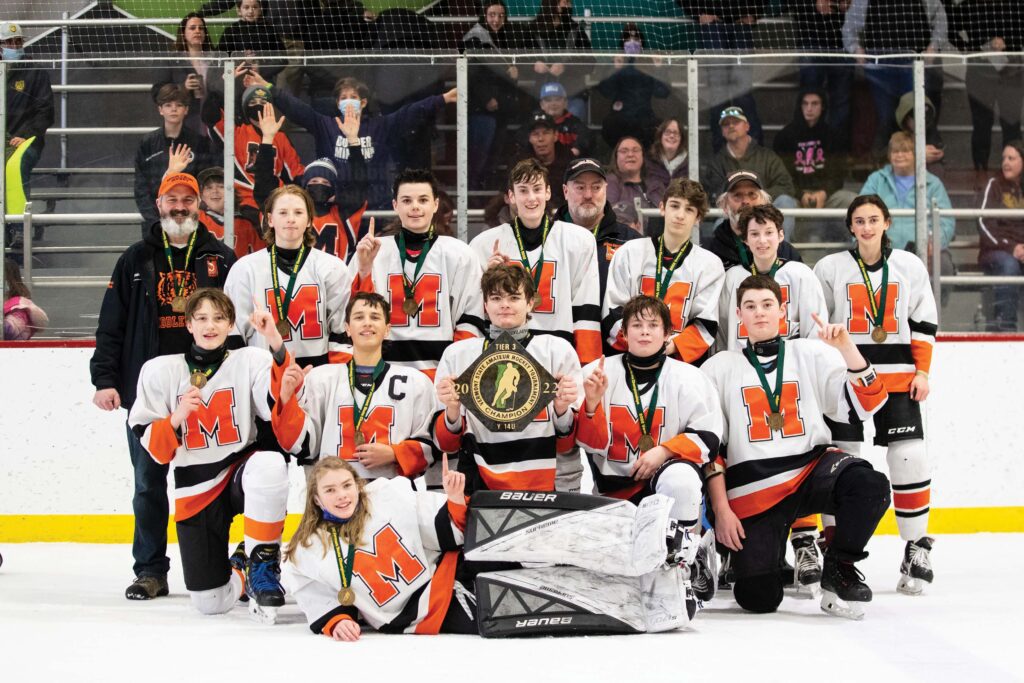