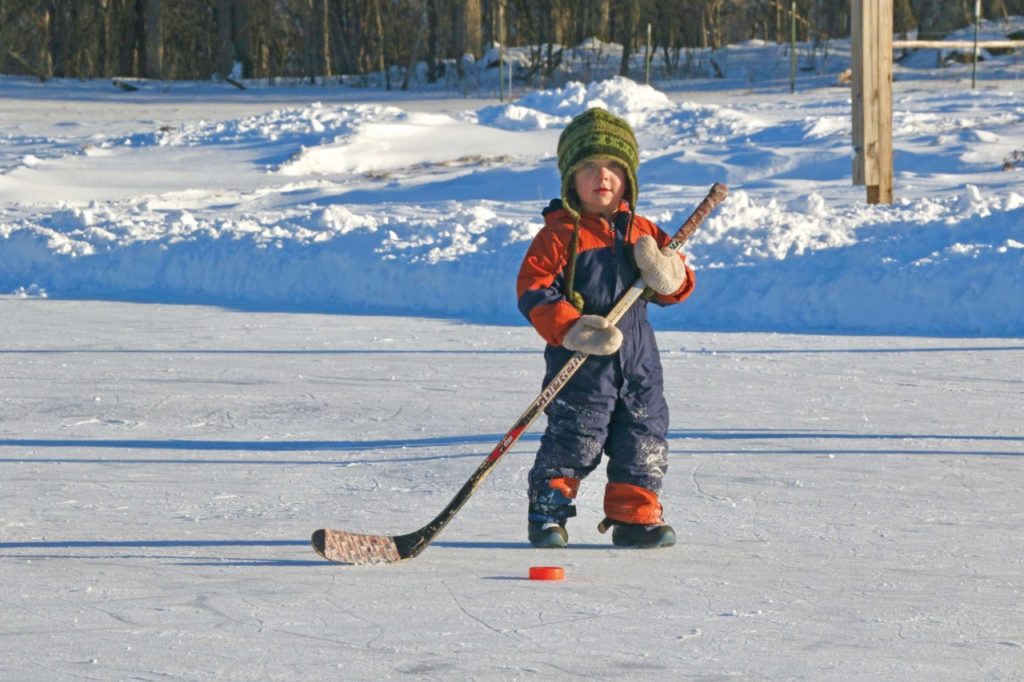 TWO-YEAR-OLD Tobey Abel has a go at some pond hockey in Shoreham. Independent photo/Steve James 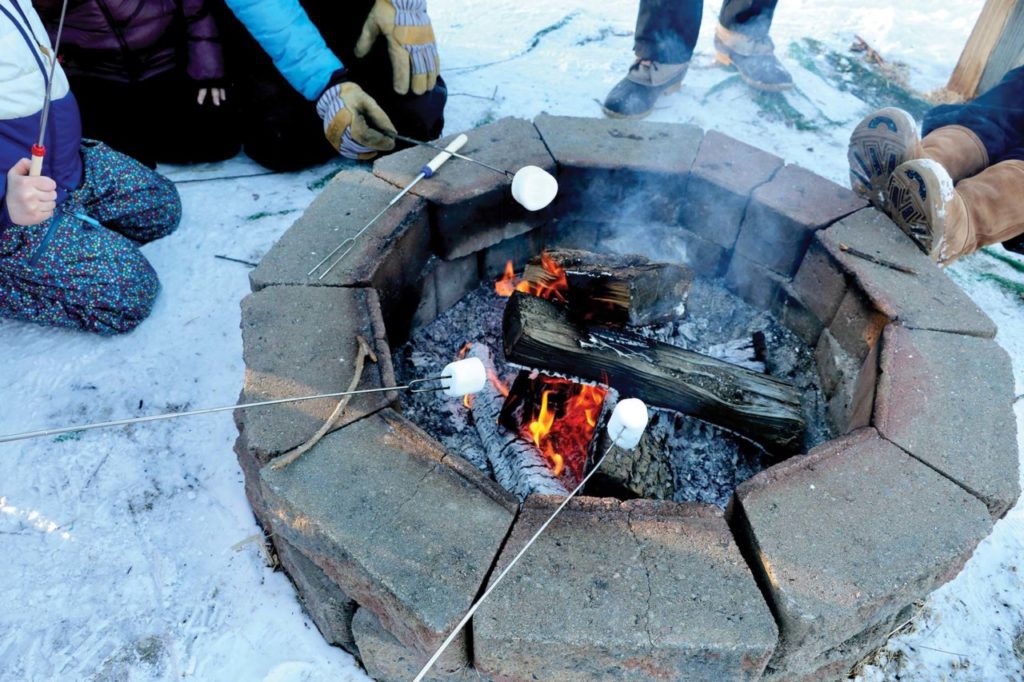 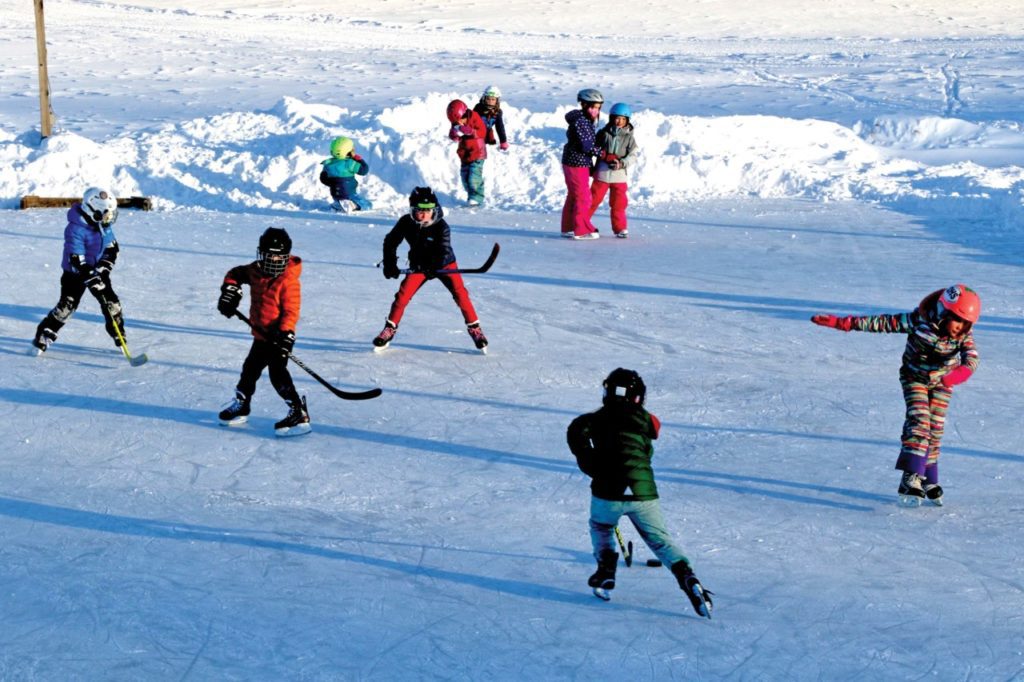 THE ICE ON the backyard rink at Trade Winds Farm in Shoreham filled with skaters on Sunday afternoon as a dozen kids played some pickup hockey. Independent photo/Steve James 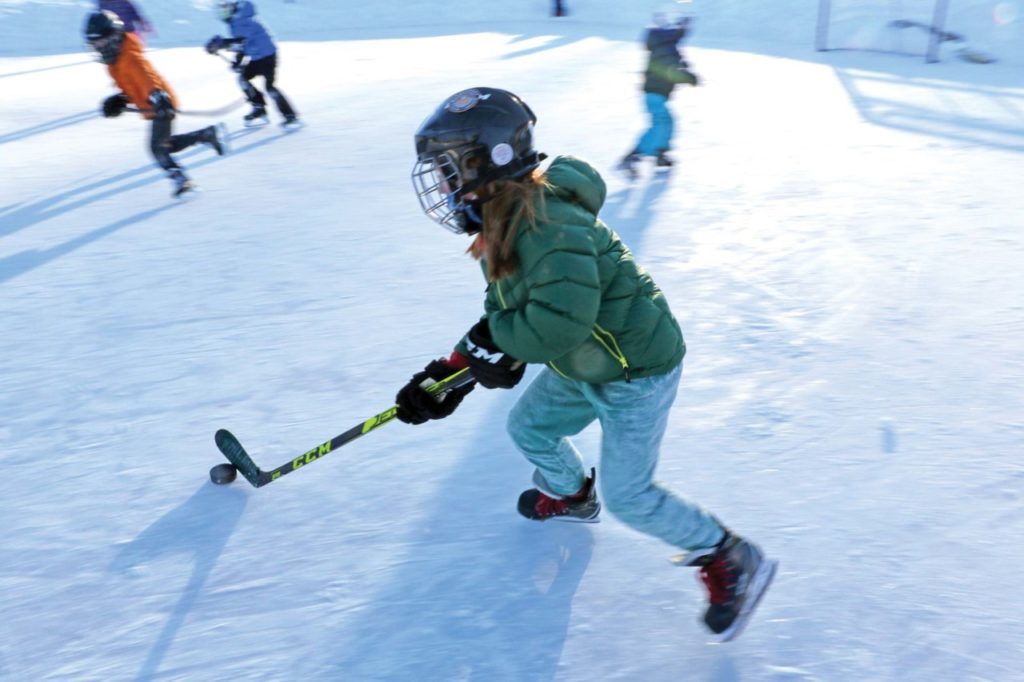 THE SUN FINALLY came out on Sunday, making it pleasant enough to get out on the ice at Vermont Tradewinds Farm in Shoreham. Independent photo/Steve James 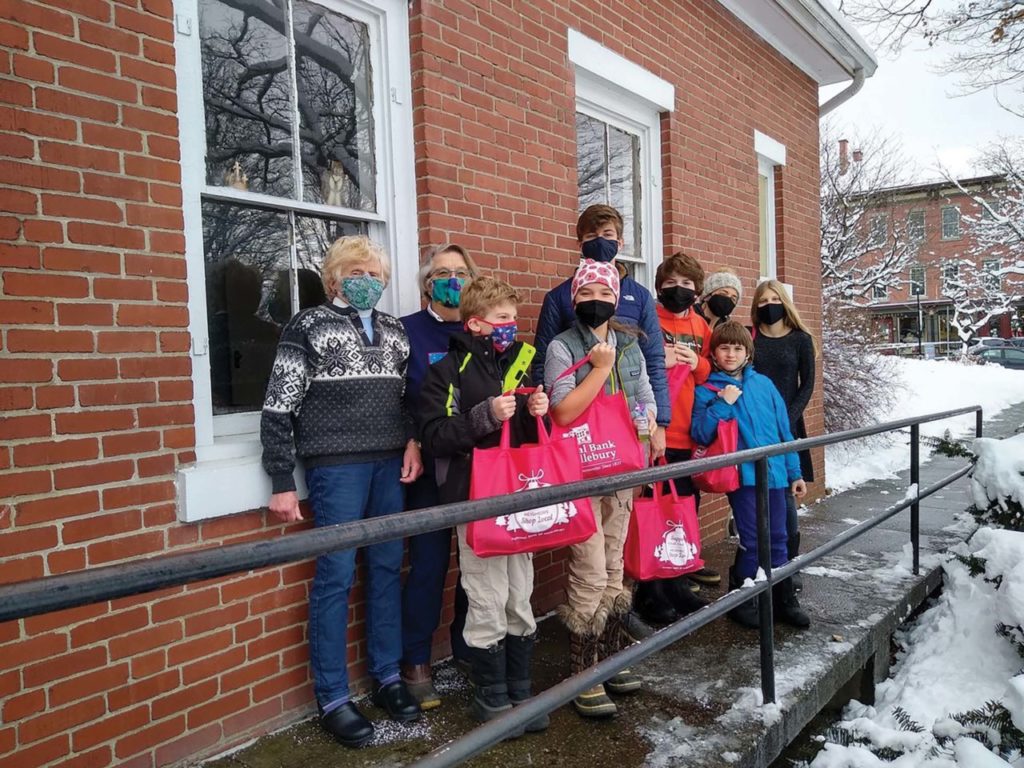 THE CARING YOUTH at St. Paul’s Episcopal Chuch in Vergennes, with guidance from Deacon Lucy Pellegrini, wrote personal fundraising letters to their congregation. This resulted in $1100 in cash and $400 worth of food gifts to feed children who would not otherwise receive breakfast or lunch during the holiday break. They shopped and filled over 65 bags, which were delivered to families throughout northern Addison County. They wanted to give to their peers in the community and succeeded beyond their expectations. Any excess items were donated to the Vergennes Food Shelf. Photo courtesy of Madelaine Calise 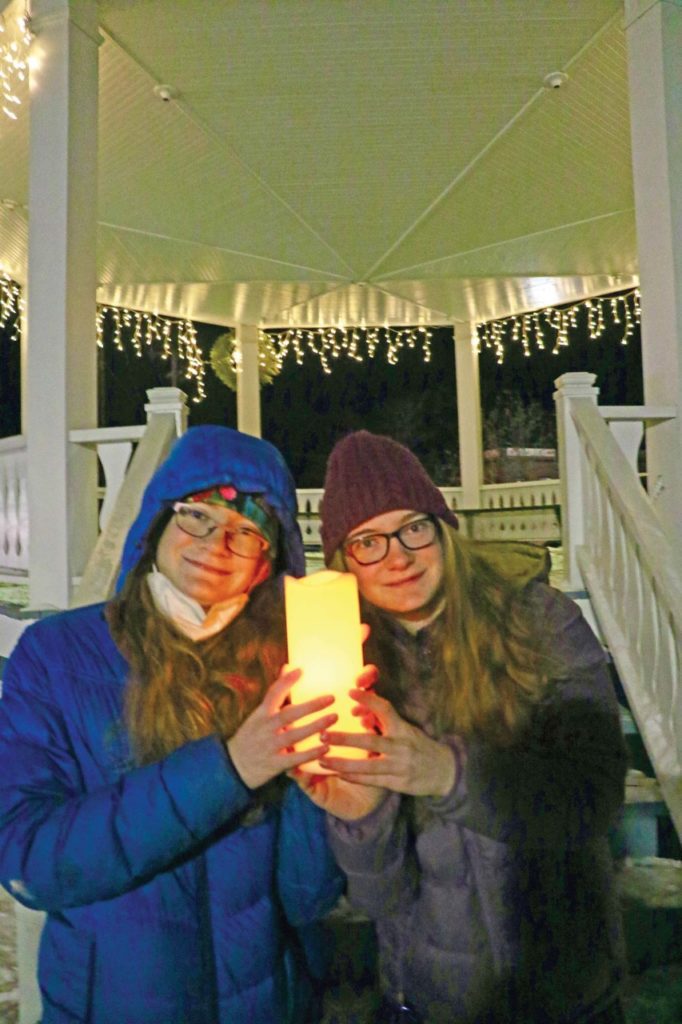 SISTERS ELIZA, LEFT, and Emma Doucet of Starksboro share a candle at the Memorial Bandstand on the Bristol town green last Thursday, Jan. 27, during Bristol’s International Holocaust Remembrance Day commemoration, which they organize. Around 50 people came to Holley Hall to see posters telling stories of some victims of the Nazi killing of Jews in World War II. About 70 gathered on the park to light candles and listen to speaches by Shelburne’s Tom Glazer, whose parents survived the death camps, and Vermont Senate Pro-Tempore Becca Balint, as well as the Doucet twins. Independent photo/Steve James 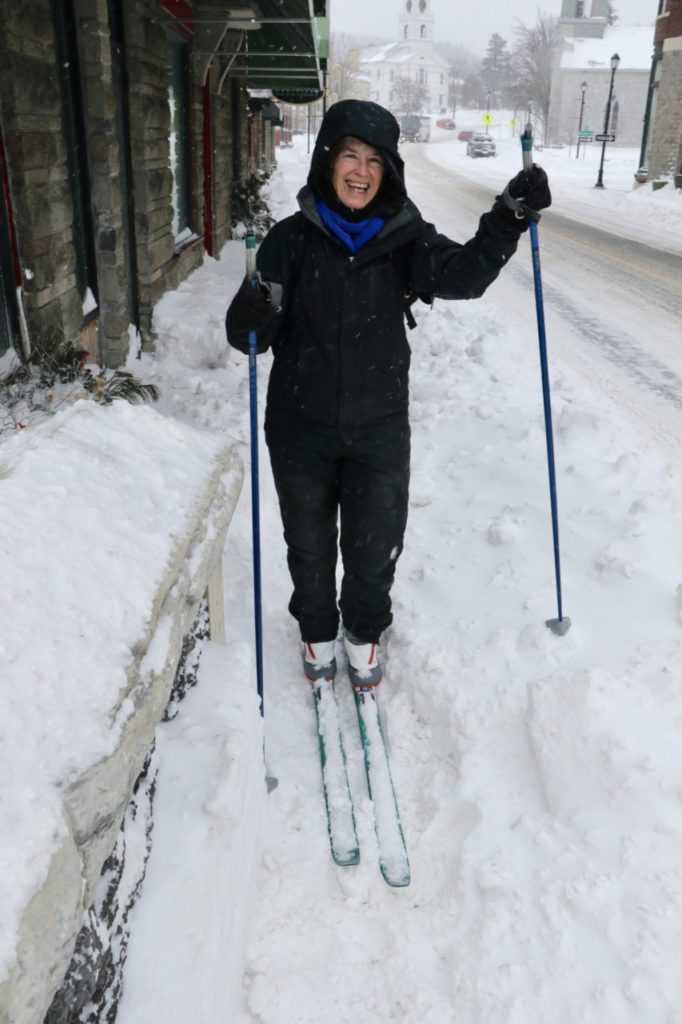 FRAN MCINTOSH GETS out on her skis in downtown Middlebury when a big storm dumped more than a foot of snow on Addison County on Friday. Independent photo/Steve James