Photos of the week: April 21 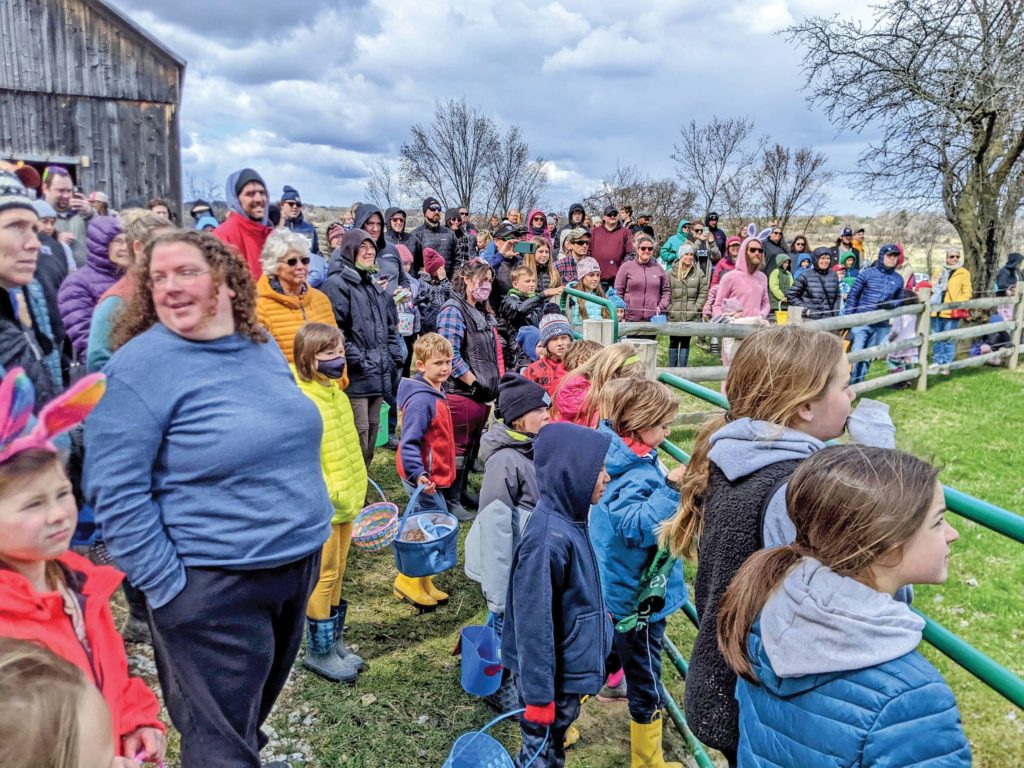 SOME 500 HUNDRED egg hunters of all ages eagerly await the opening of the gates at the Eddy Farm’s Easter Egg Hunt on Sunday. A master of ceremonies climbed atop a tall ladder to thank the many volunteers who helped fill 7,000 plastic eggs with candy — including five golden eggs — and hid them around the Middlebury farm’s fields. The Easter Bunny made an appearance, too. Independent photo/Megan James 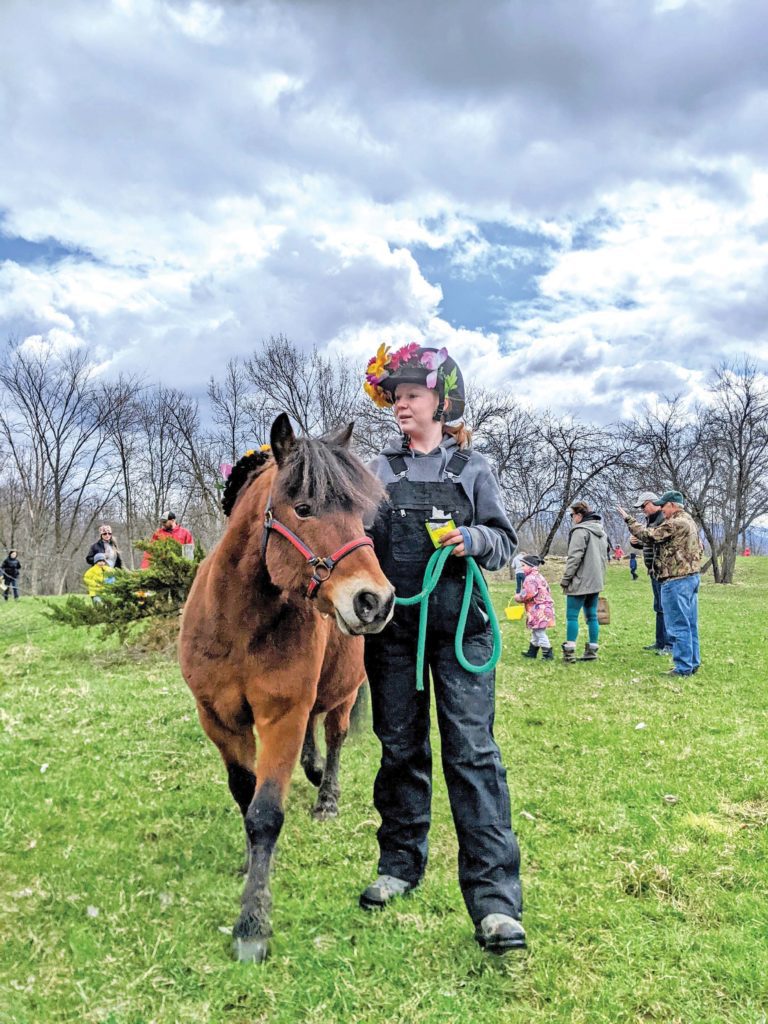 A PONY WITH flowers in its mane and tail leads a small procession, including the Easter Bunny herself, through the horse pastures at the Eddy Farm’s Easter Egg Hunt on Sunday. The holiday egg hunt returned after a two-year pandemic hiatus. Independent photo/Megan James 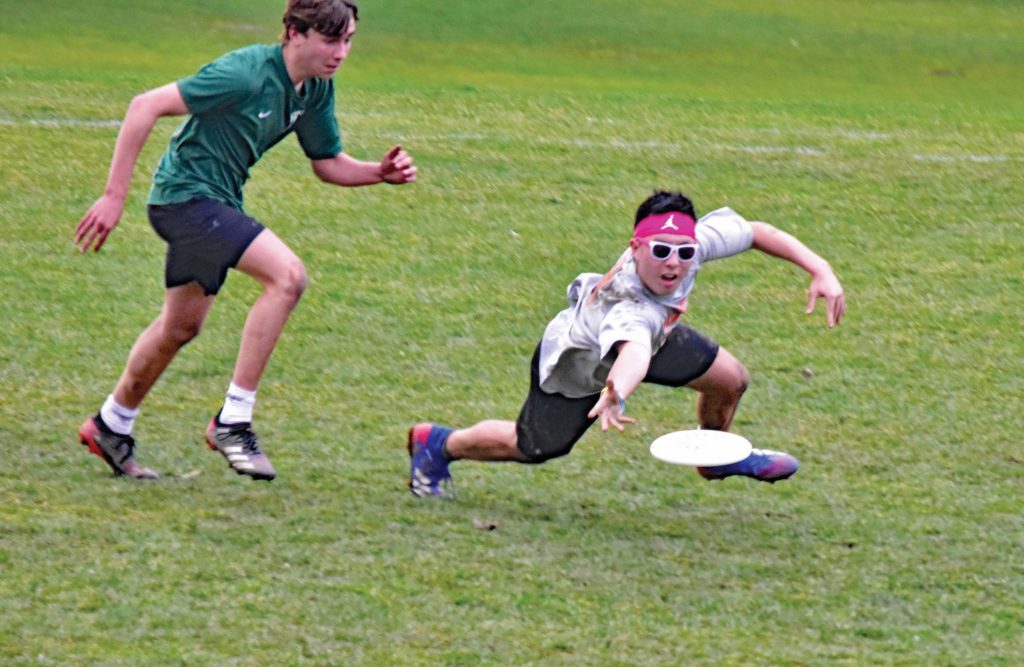 MIDDLEBURY UNION HIGH School senior Jae Davis races past a Rice player and lunges for the disc during a Tiger Ultimate match in Middlebury on April 13. A first-year player with the team, Davis did not make this particular catch, but he must have caught at least five in the end zone. Tied 14-14 as time ran out, Middlebury lost a heartbreaker by one goal in overtime. Photo by Joe McVeigh 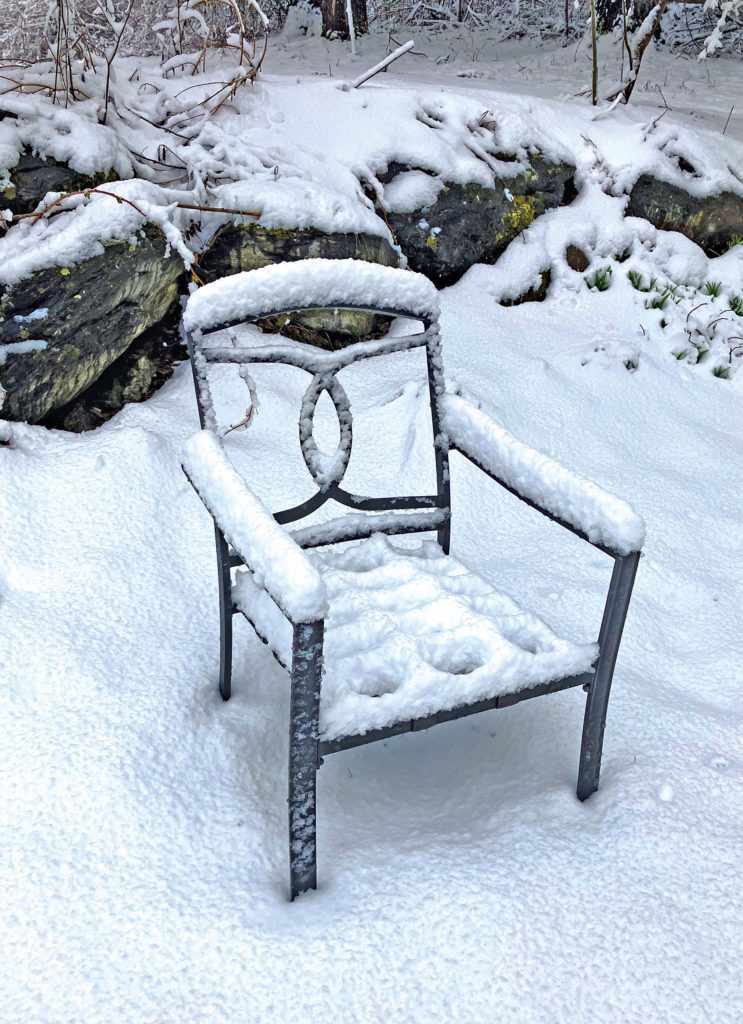 NICE WEATHER EARLIER this month brought out lawn furniture at this Middlebury home, but a Tuesday snowstorm dumped around 4 inches in Addison County. The heavy, wet snow caused power outages at thousands of homes and business, and rendered this chair unsuitable for outdoor lounging for at least a couple days. Independent photo/John S. McCright 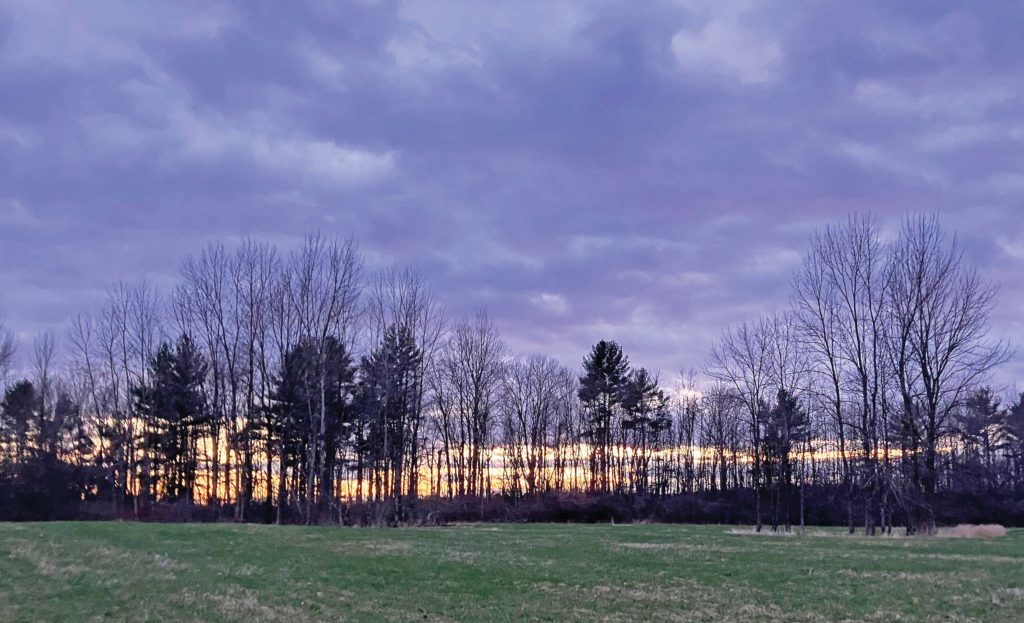 SUNSET BACKLIGHTS A line of trees along the edge of a Middlebury farm field early this week, a day before the April snow covered this landscape and all of Addison County. Independent photo/John S. McCright

SOME PEOPLE THINK there is a pot of gold at the end of the rainbow, but this photo shows proof that the celestial guide really points to a Vermont farm — in this case, a farm on Route 73 in Orwell where Keith Tifft milks goats. Photo courtesy of Frances Stone