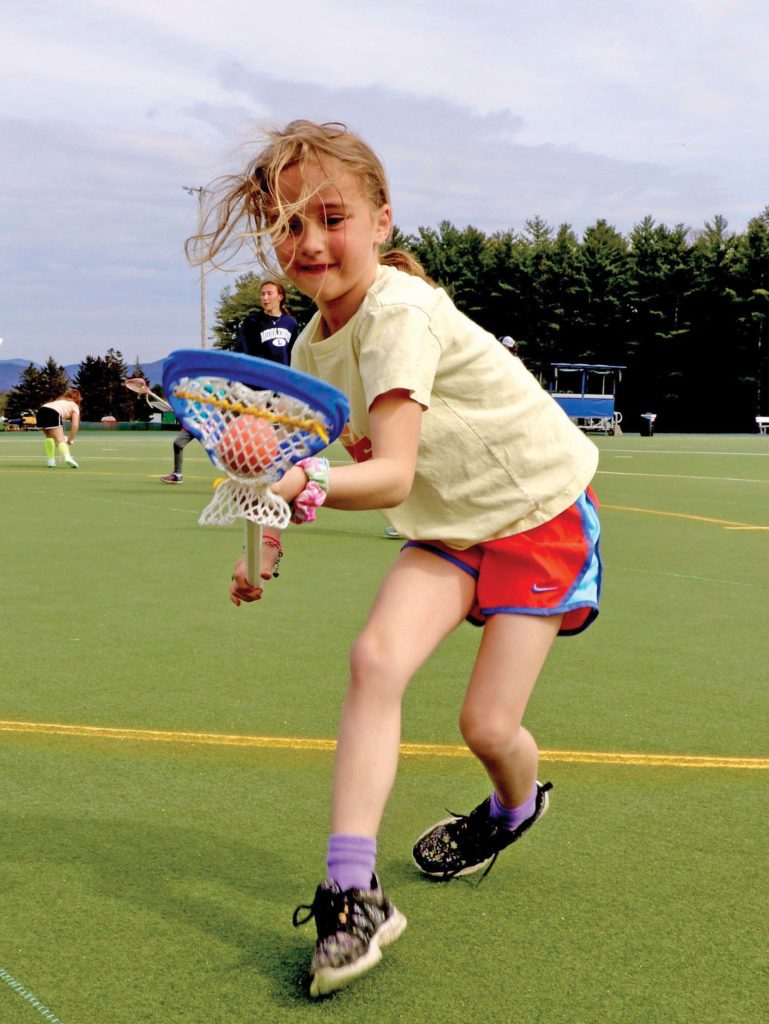 SIX-YEAR-OLD REYNOLDS DALY of Cornwall scoops up the ball with her stick on Monday at the children’s lacrosse clinic held at Middlebury College’s Kohn Field. Panther women’s lacrosse coach Kate Livesay and her assistants, helped by members of the men’s and women’s college teams, taught youngsters the fundamentals of the sport. Independent photo/Steve James 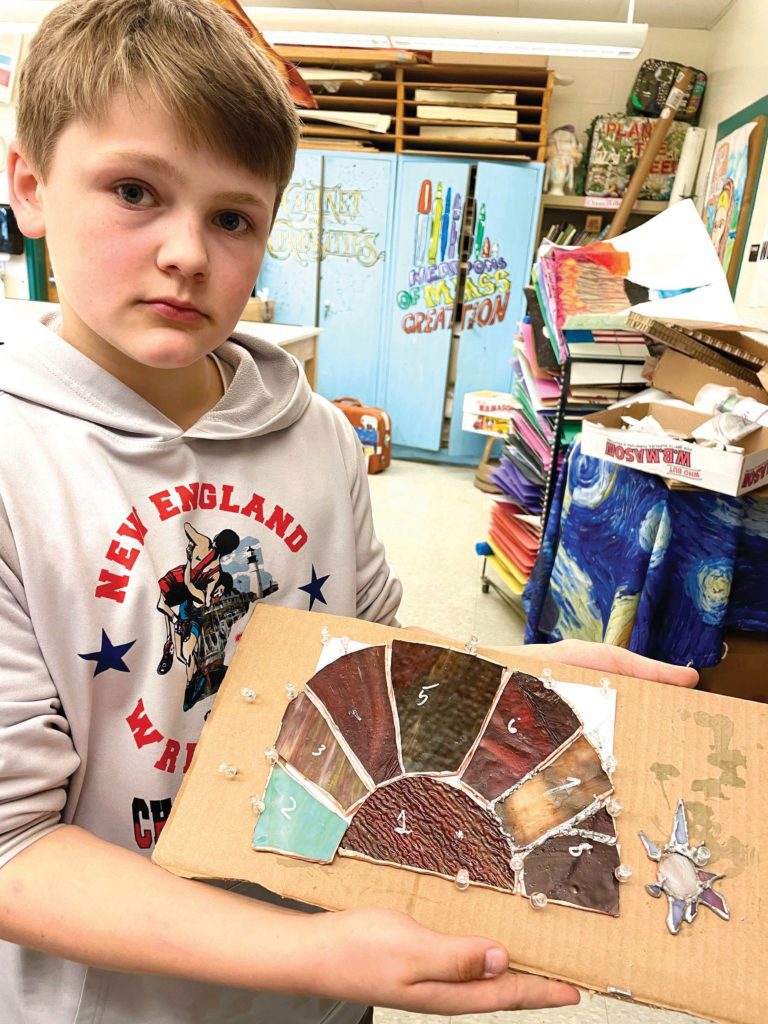 MIDDLEBURY UNION MIDDLE School students display some of their artwork that will be shown at an exhibition on Wednesday, May 4. Here’s sixth-grader Trevor Wright with his stained glass piece. Photo Courtesy of ACSD 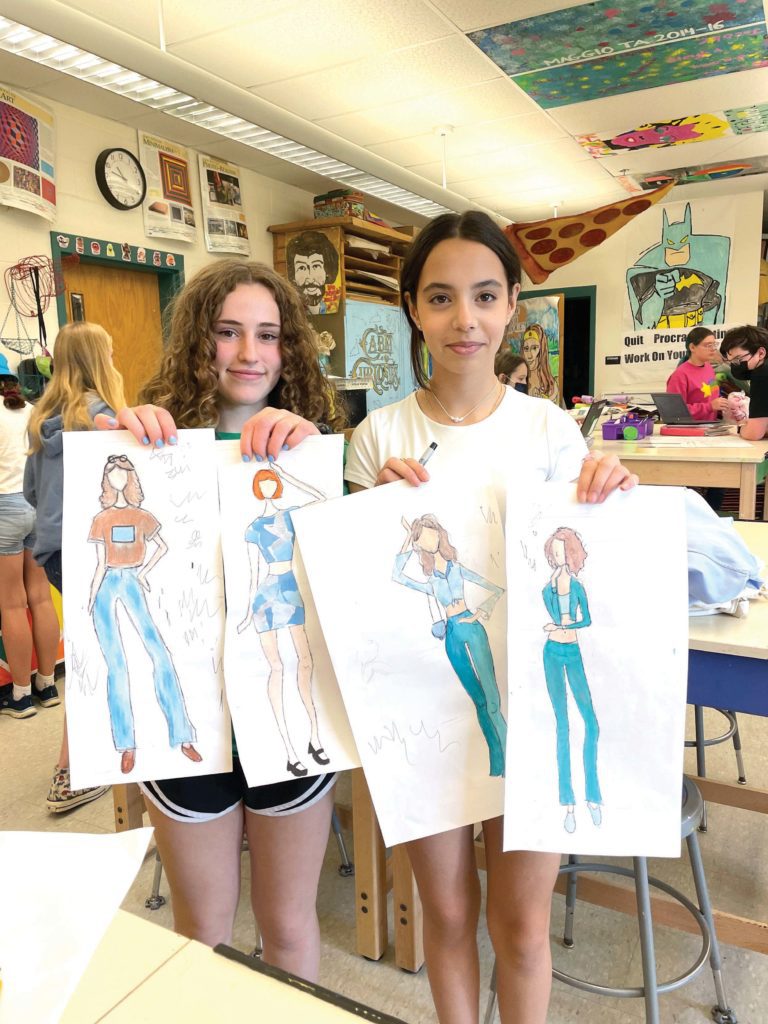 MUMS EIGHTH-GRADERS Lia Calzini and Navah Glikman show off their fashion design pieces for their exhibition on Wednesday, May 4. This is the school’s first exhibition since the pandemic and the students are really excited. Photo courtesy of ACSD 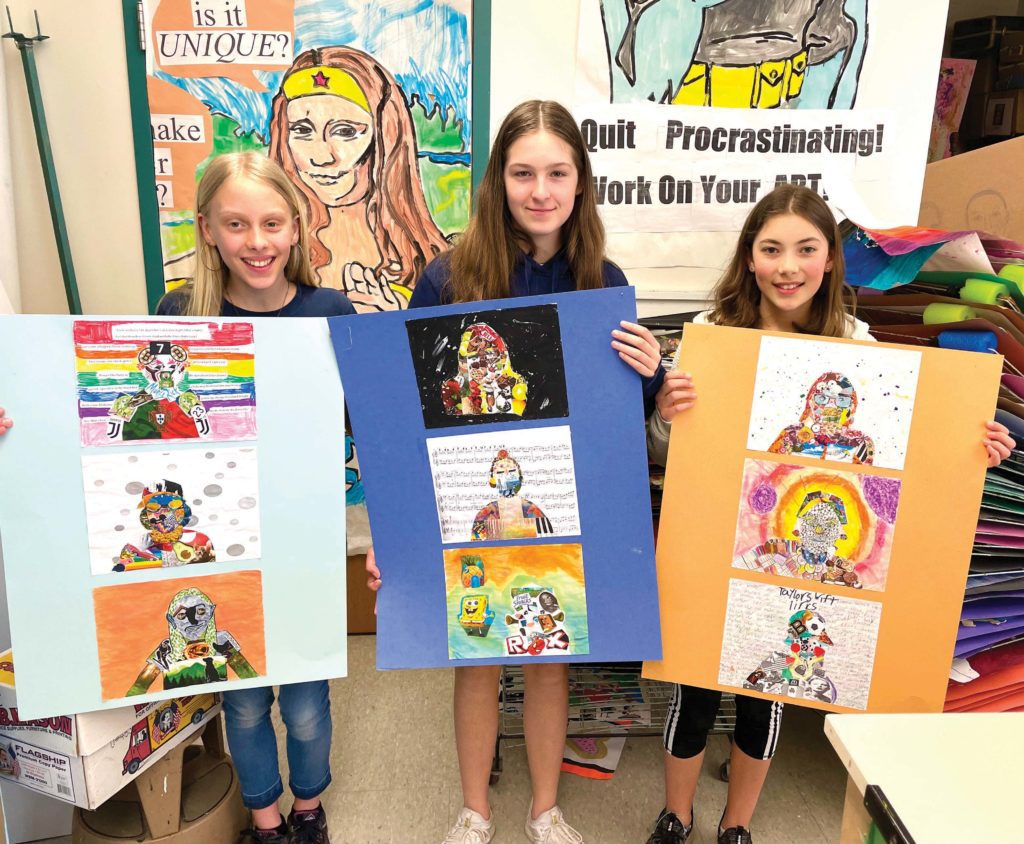 THE MUMS ART exhibit on May 4 will feature live musical performances including an ensemble concert from the MUMS band at 6 p.m. Coffee and bake sale treats will be provided by Friends of MUMS, with proceeds going toward a new piece of stained glass equipment for students. Pictured are sixth-graders Annika Bruning, Maeve Newton and Harper Hendy with the Rennaissance-style self-portraits. Photo courtesy of ACSD 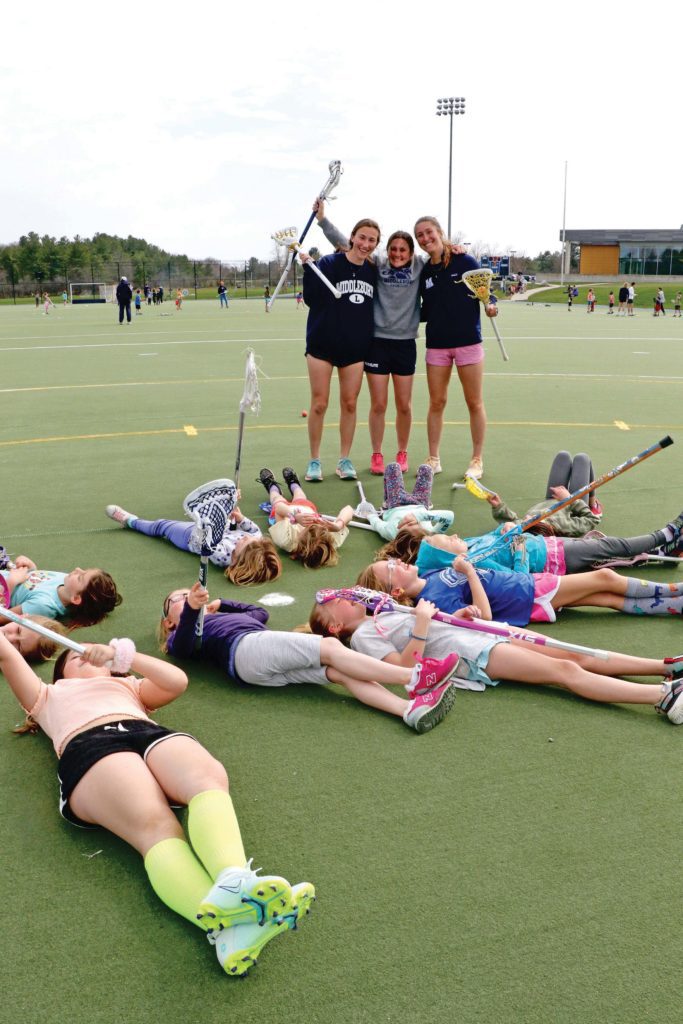 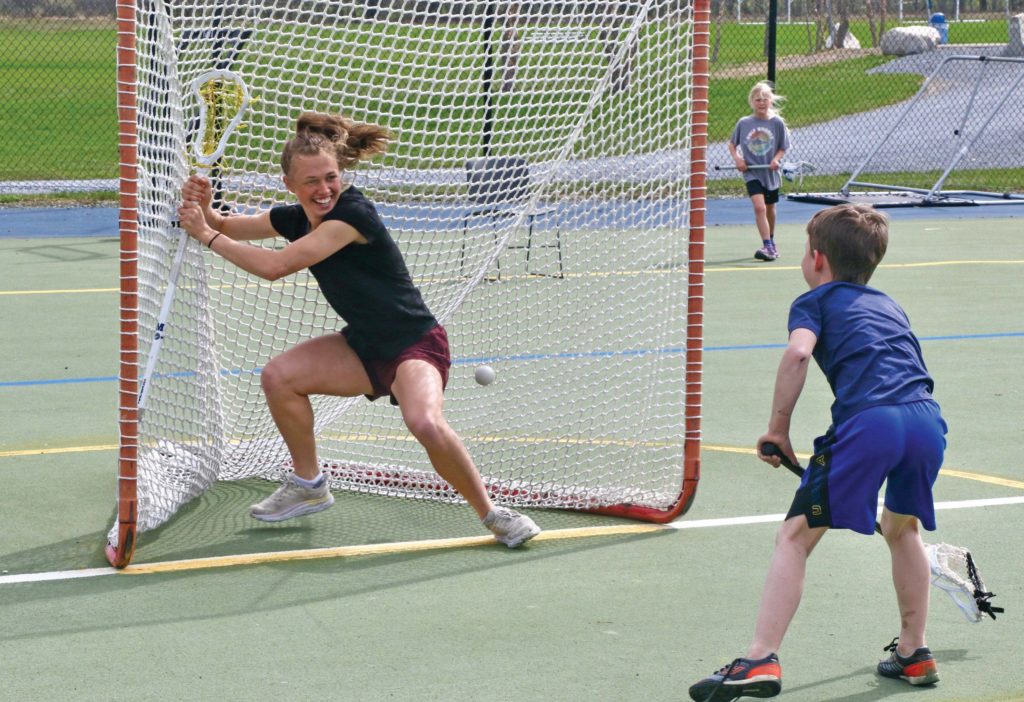 MIDDLEBURY COLLEGE VARSITY women’s lacrosse player Hope Shue, who has scored 30 goals for the undefeated Panthers this season, readies to show six-year-old Levi Laroche of Cornwall how to guard the goal during a clinic that the team and its coaches hosted on Monday. Laroche must have learned well as he made the ball sail over Shue’s head and into the goal. Independent photo/Steve James 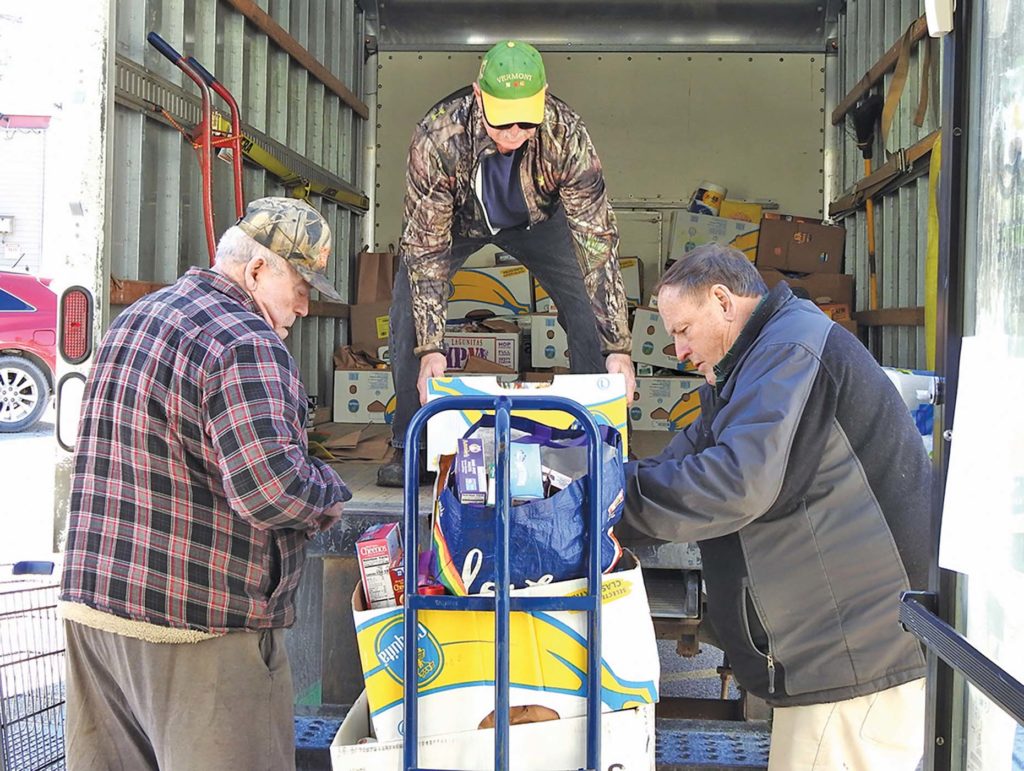 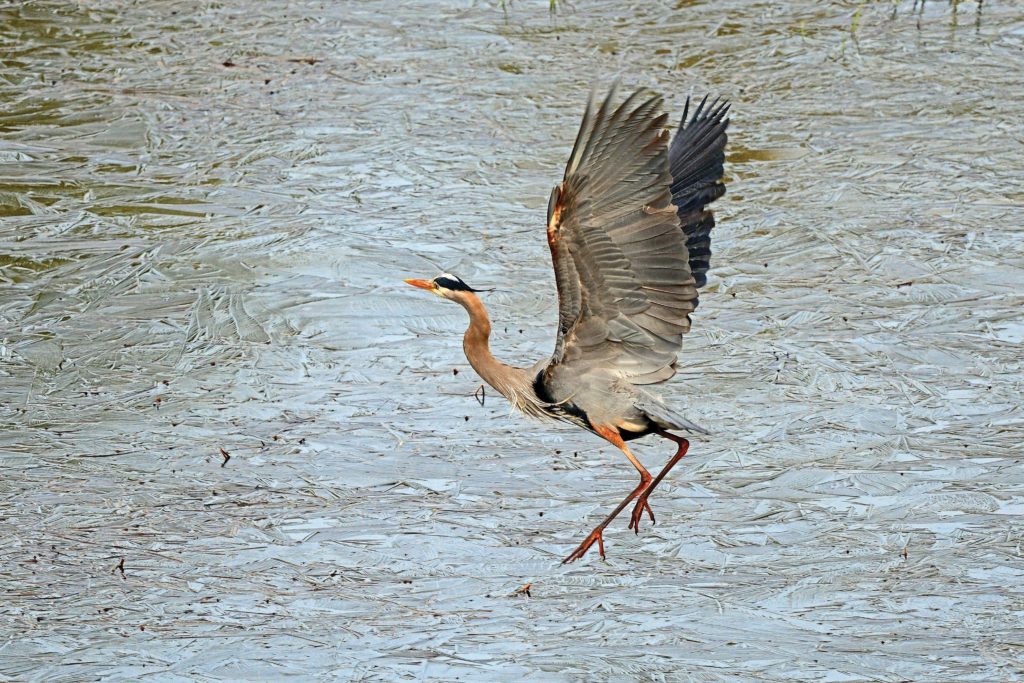 A GREAT BLUE HERON seemed to be in search of softer ice than it could find in Lincoln on a recent cold morning. Photo Dale Cockrell 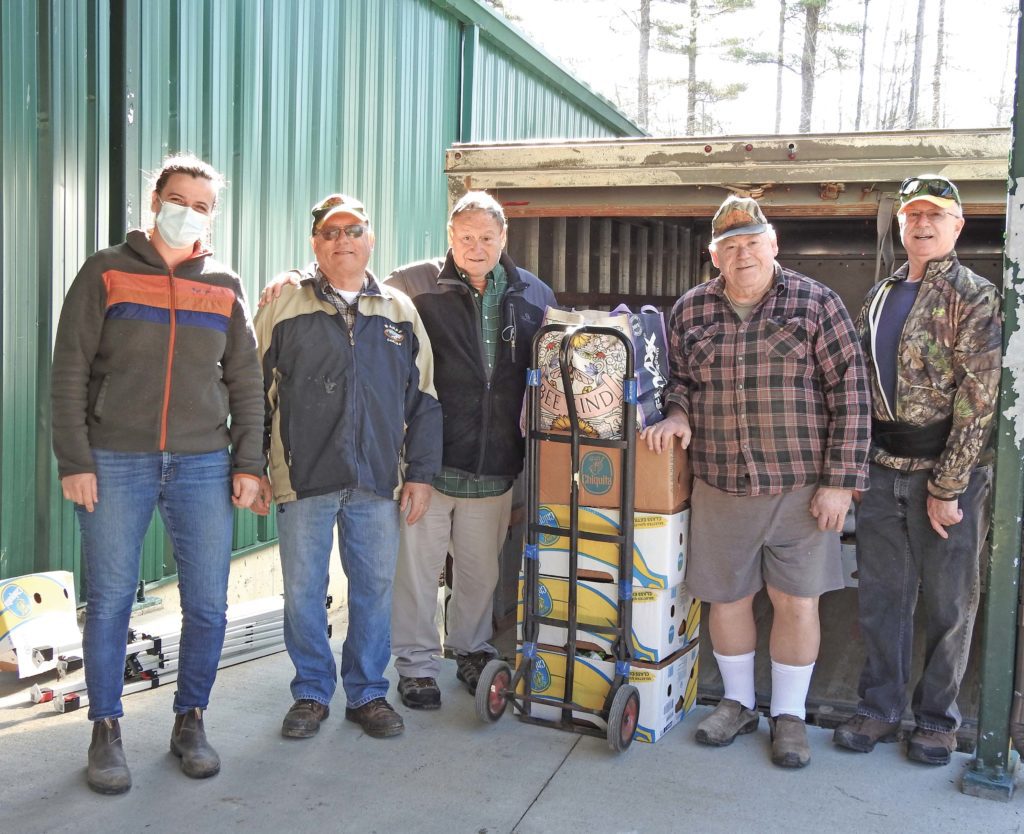 MIDDLEBURY LIONS CLUB held its annual Food from the Heart drive on April 16. Club members were out from 9 a.m.-3 p.m. at Pratt’s in Bridport as well as Kinney Drugs, Middlebury Natural Foods Co-op, Shaw’s, and Hannaford in Middlebury. They collected 100 banana boxes full of food with a total weight of 2,918 pounds and $2,720.02 in cash donations. In addition, the American Legion generously donated $500 in food. The boxes were delivered to HOPE and CVOEO April 18. The money will be presented later at one of the club’s meetings. Pictured are HOPE Food Program coordinator Anna Freund, and Lions Wes Smith, Greg Wry, David Morse and Bobby Cyr. Photo courtesy of Lorraine Morse