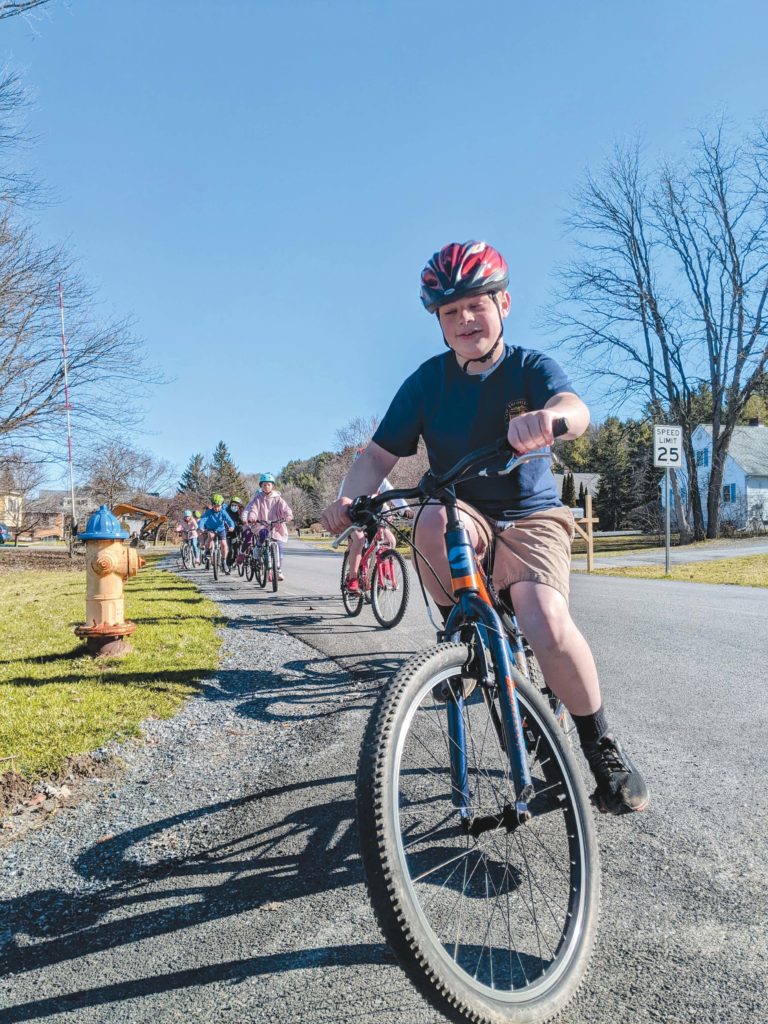 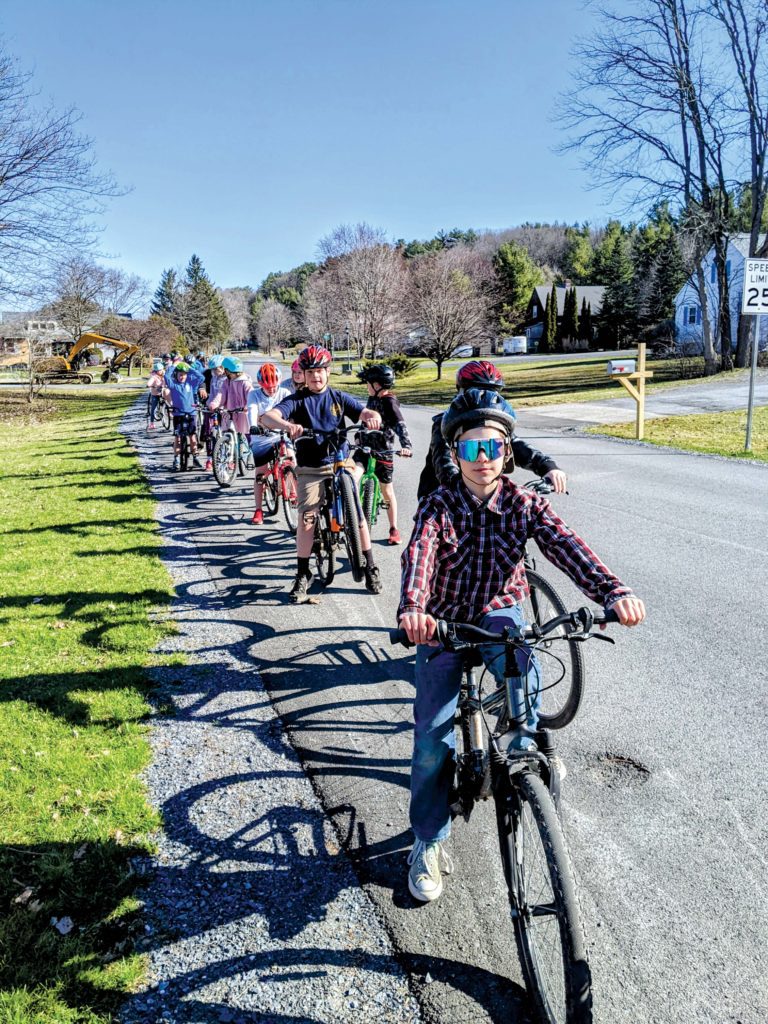 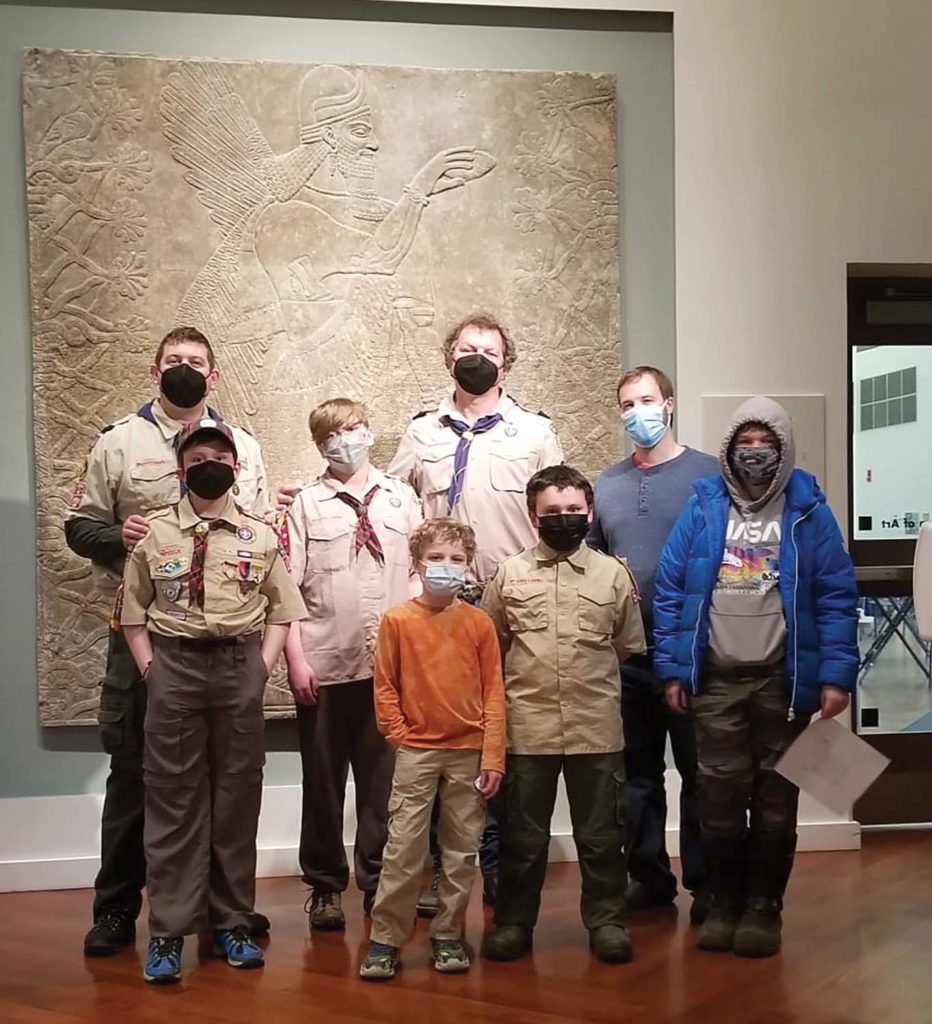 MIDDLEBURY CUB SCOUTS were invited to visit the Middlebury College Art Museum to complete their Art Explosion Elective Adventure this past Sunday. For the first time since the start of the pandemic, scouts were able to make the visit. This shows a side of Scouts often overlooked, namely art/science appreciation. Additionally, Scouts are also scheduled to visit the College Observatory later this spring. Scout leaders Al Thalen, Brian Lisko and Chris Bellmann worked on sculpture, drawing and painting in the weeks leading up to their museum visit. Scouts learned techniques, art history and museum etiquette as they prepared to visit and learn at the museum. While there, Scouts applied previous knowledge and practice as they sketched and replicated art they observed. Photo courtesy of Carina Bellman 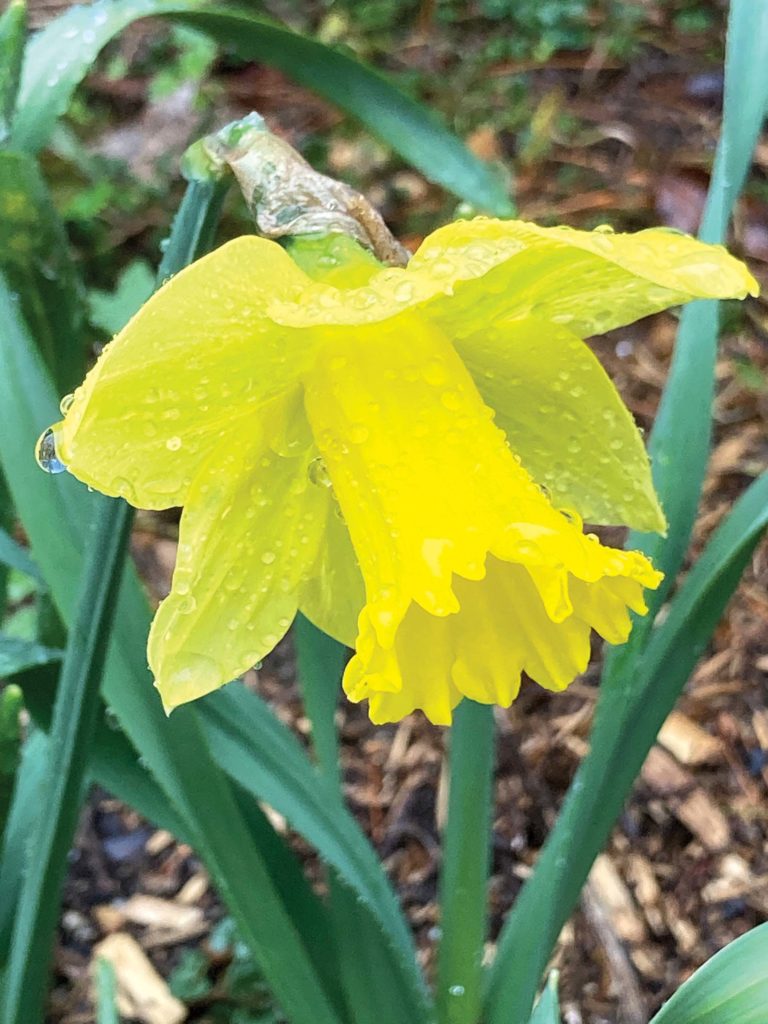 THE FIRST DAFFODIL to appear in a Middlebury yard bears testament to the rainy days of early April and signals warmer days and more blooms ahead. Independent photo/Sarah Pope 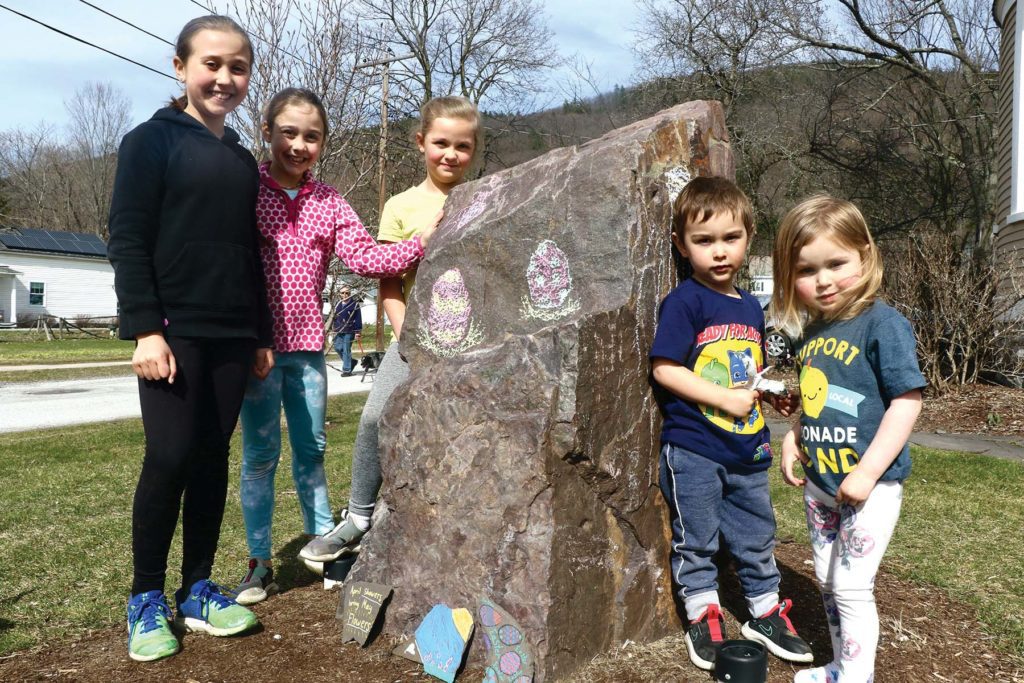 DELIA PARK, 10, HER sister Jane, 8, and their cousin Holland Davison, 7, chalked Easter eggs on a rock in the front yard of their North Street house on Monday. Their three-year-old siblings, Quincy Park and Marlowe Davison, wondered where the Easter Bunny had hidden their eggs. Independent photo/Steve James 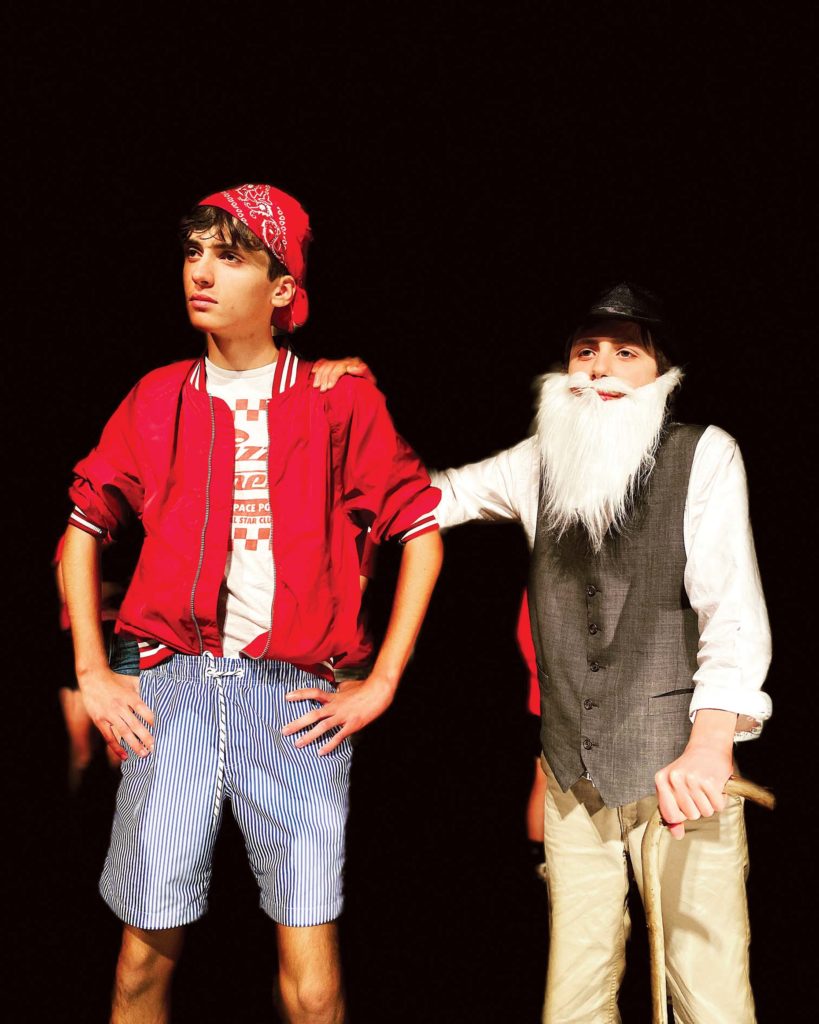 AT THE RIPTON Community House this past Friday and Saturday, April 8 and 9, North Branch School students performed “Back to Eden,” the original play they conceived, wrote and staged for their annual theatrical production. Pictured are Jacques Snell, left, and Peter Conklin. Photo by Steve Holmes 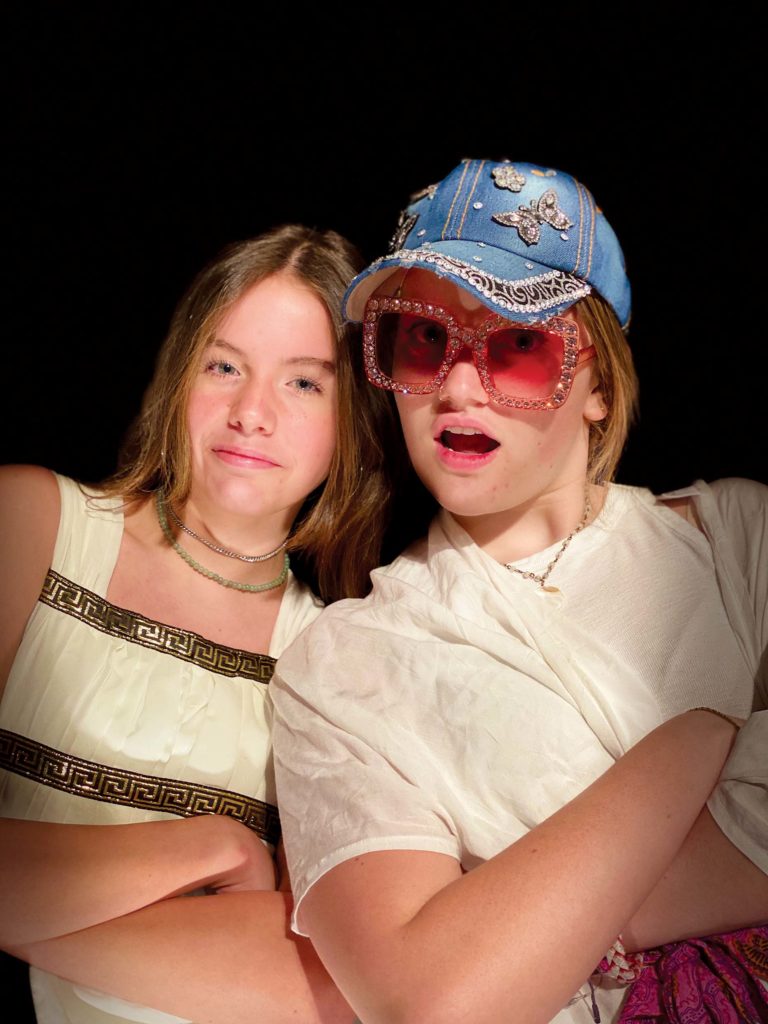 DESCRIBED AS A comedy-drama, the play was also filled with music. This year the play is set in the depressed town of Little Hope, where a group of children, living in an orphanage, have nothing to look forward to and nothing to live for. Meanwhile, God wants to retire, but before doing so, she wants to correct one of her big failures — the disruption caused in the original Eden. Pictured are Lillian McClain, left, who is playing “God in Training,” and Maggie Wyatt as “God.” Photo by Steve Holmes