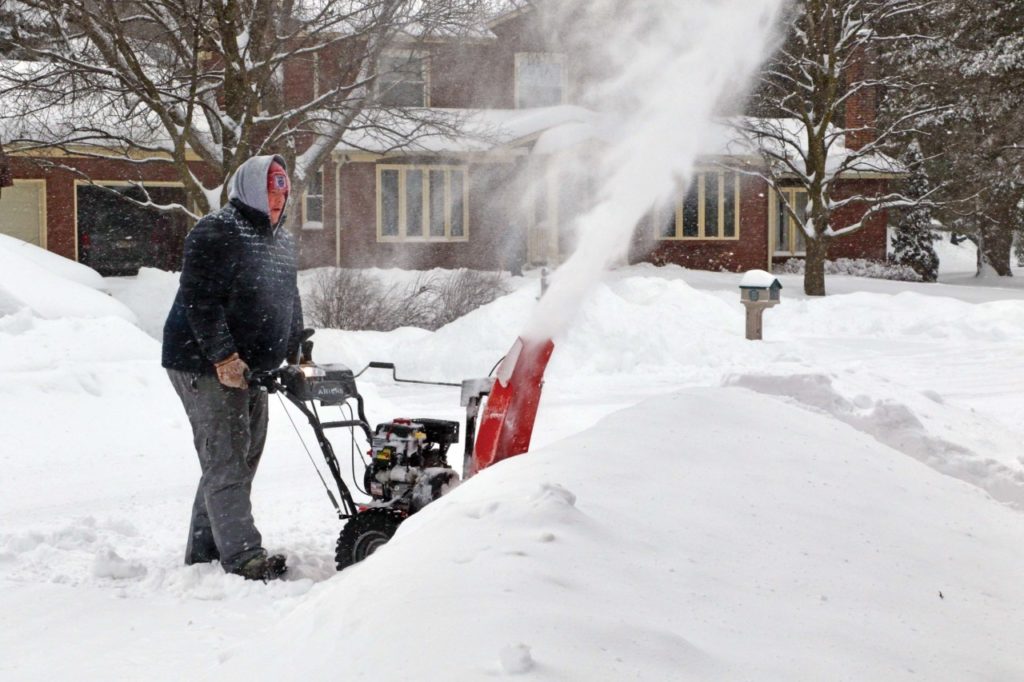 ADDISON COUNTY HUNKERED down during a long, steady snowfall that lasted from Thursday evening through Friday evening and left at least a foot of snow in the valley — a little more on the mountain. Matthew Curran blows snow on his property in Middlebury’s Buttolph Acres on Friday. Independent photo/Steve James 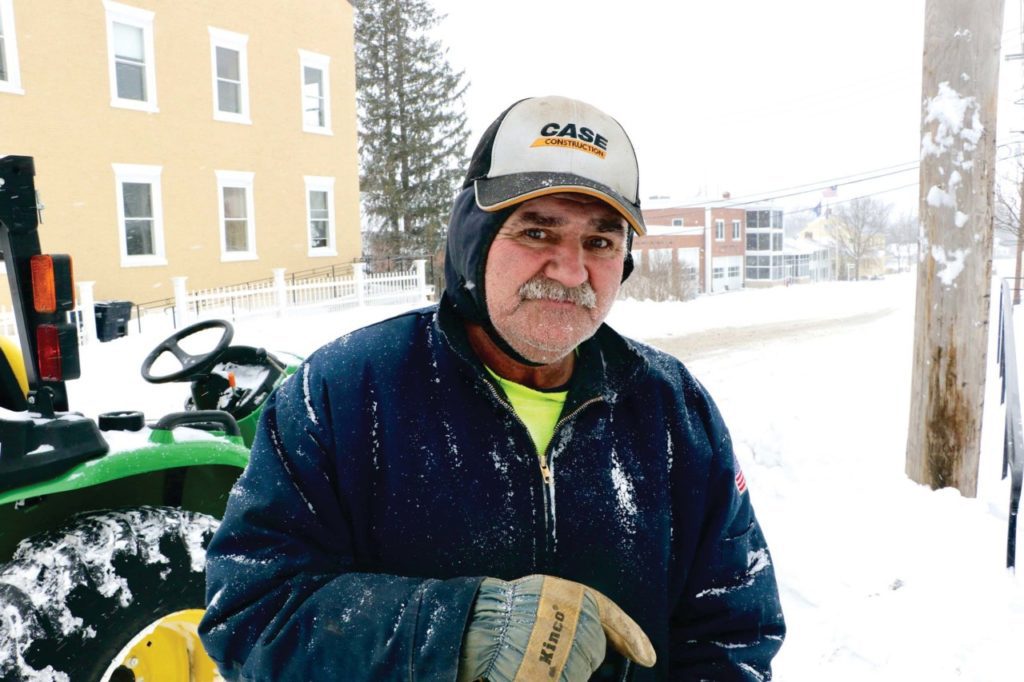 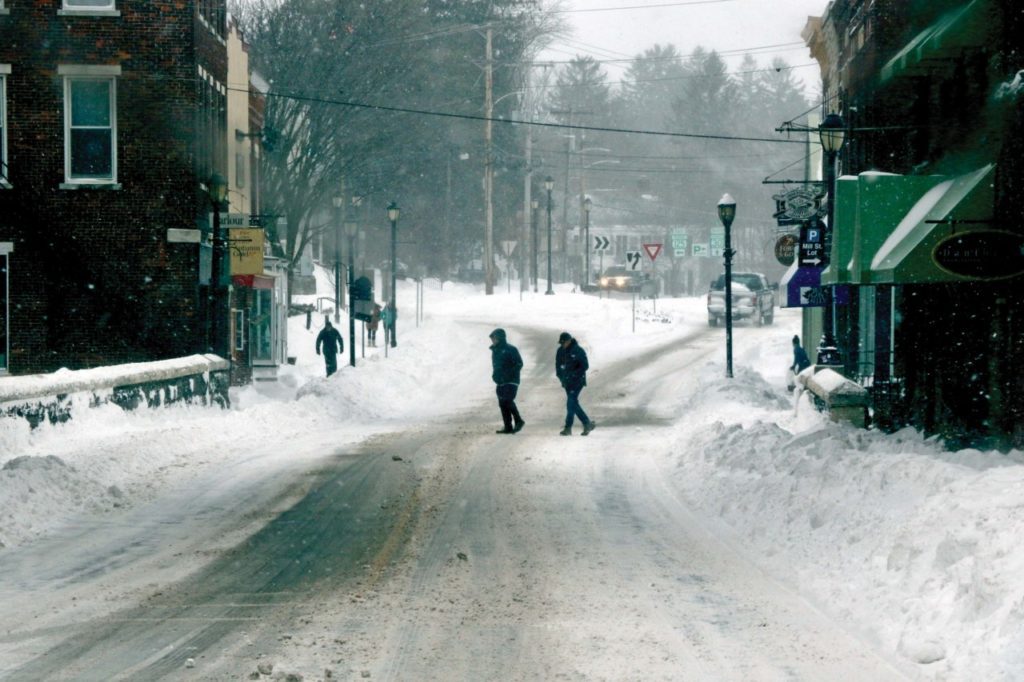 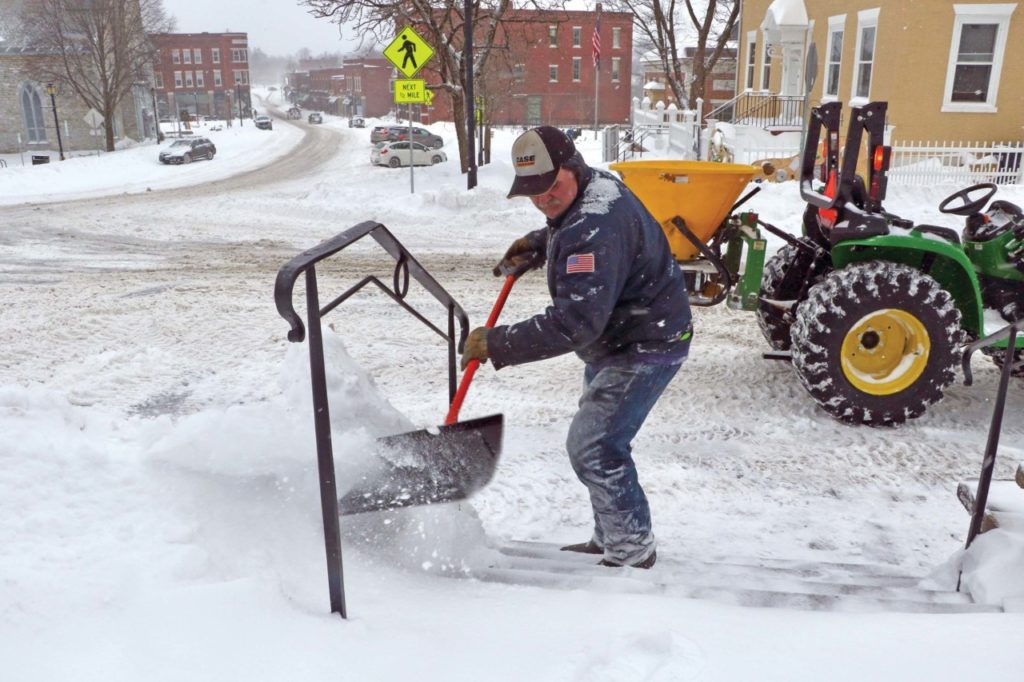 TODD SEGUIN CLEARS the steps and sidewalk around the Congregational Church of Middlebury. Independent photo/Steve James 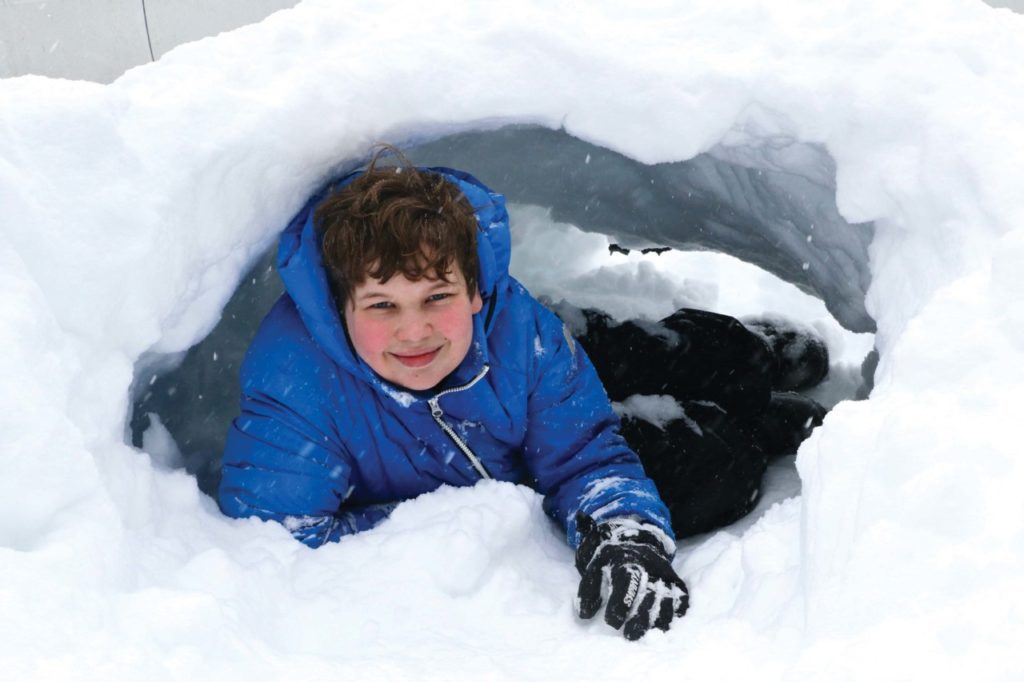 THEO WEST SMOOTHS out the inside of a new snow fort on May Apple Lane in Middlebury after more than a foot of snow fell. Independent photo/Steve James 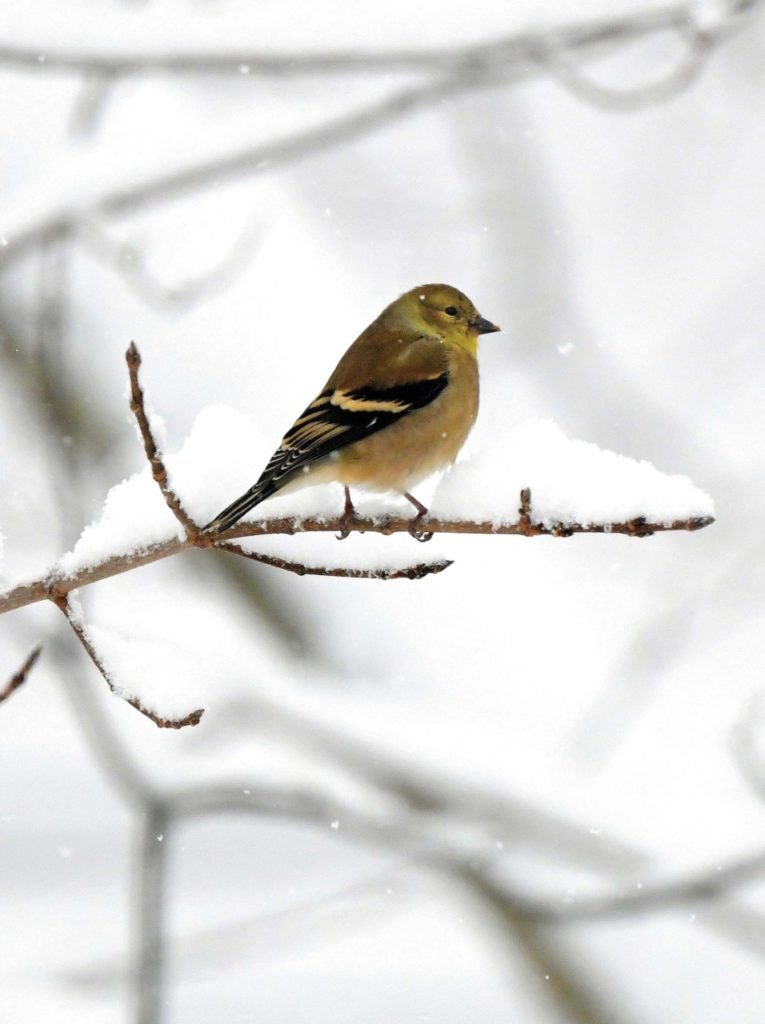 AN AMERICAN GOLDFINCH hangs on to the branch of a tree in Lincoln that is filling up with snow. Our birdwatcher, who keeps an eye and two ears on things around his place, told us that the bird goes by “Atticus G. Finch.” Must be true. Photo by Dale Cockrell