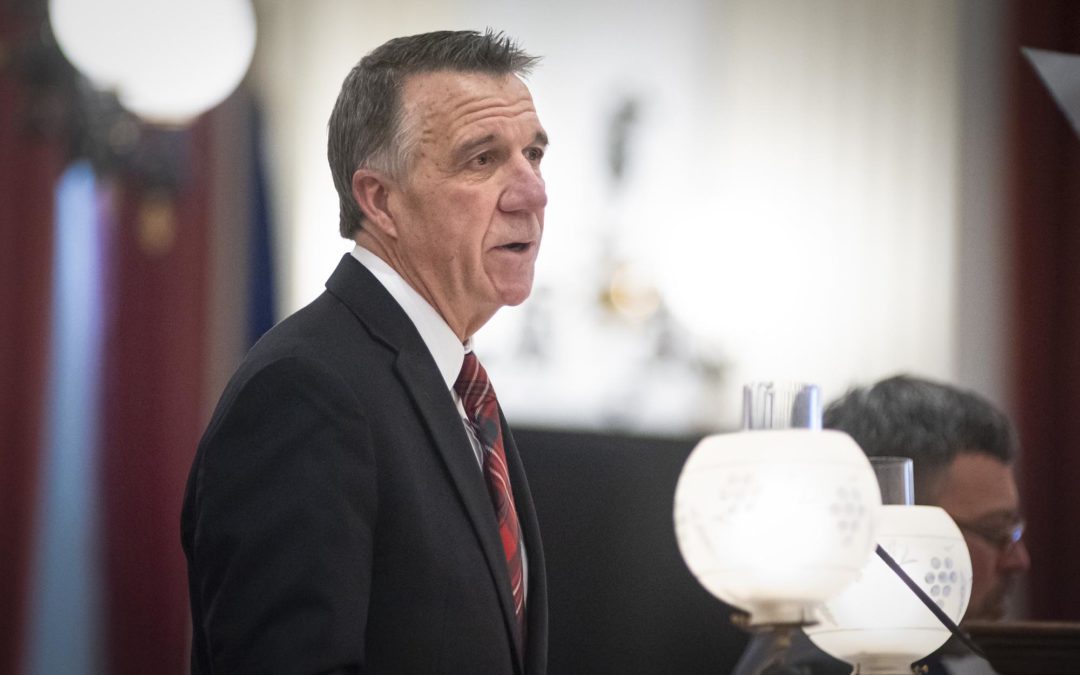 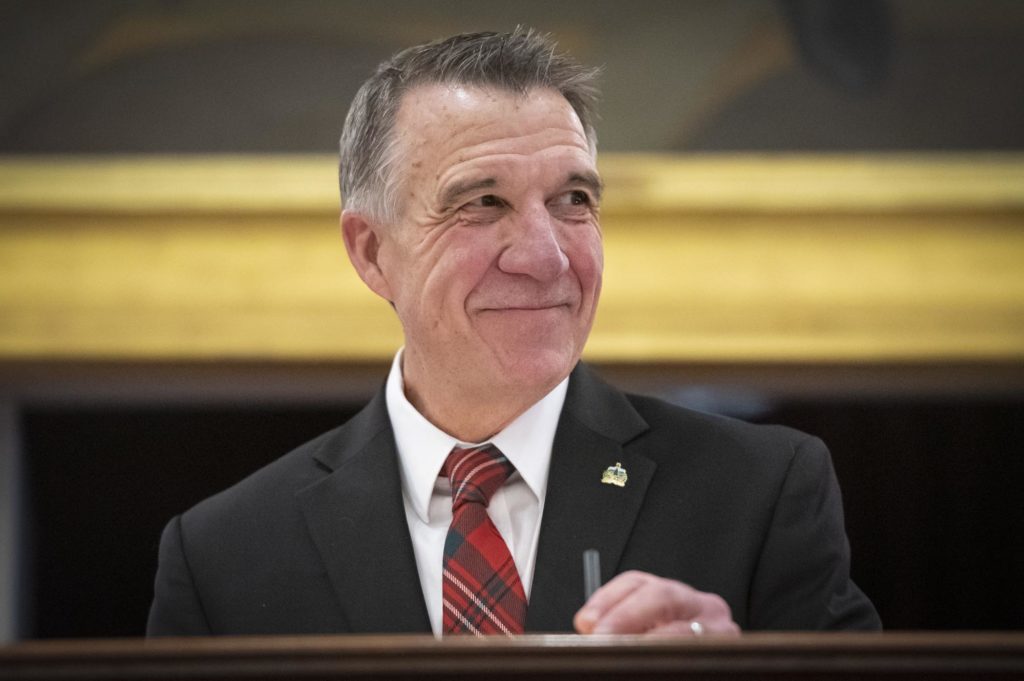 VERMONT GOV. SCOTT casts a smile and a glance to his left during his annual budget address to the Legislature in the well of the Vermont House chamber on Friday.
Photo by Glenn Russell/VTDigger

MONTPELIER — In his administration’s newly released budget proposal for the 2024 fiscal year, Republican Gov. Phil Scott said he’s bracing the state for lean times on the horizon — even though revenues are historically high.

“We’ve seen incredible revenue growth over the last two years because the economy has been supercharged by the sheer volume of federal funds,” Scott said in his annual budget address Friday. “But we know that’s only temporary.”

That’s despite “stellar” revenues recorded this year, as reported by state economists earlier this week, spurred in large part by an “epic, unprecedented, off-the-charts” influx of federal cash to the state in the past three years. Not only was the state able to spend those dollars, but Greshin said on Friday that federal investments also acted as a stimulus, boosting state income, sales and property tax revenues.

But state economists on Tuesday also warned of rockier waters ahead, and Scott’s administration has seemingly heeded those calls for caution.

“We tried our best to live within our means, and to put in appropriations that are sustainable,” Greshin told reporters.

Namely, Scott said that he made a “firm commitment” to using surplus funds for one-time spending, as opposed to creating new programs and therefore ongoing expenses.

“If we allow the base budget to grow with temporary and unsustainable revenue, we will create a cliff when these stimulus dollars go away — putting us on a path that eventually leads to deep and painful cuts,” Scott said.

One of Scott’s one-time proposals would set aside $150 million to draw down federal grants with state match requirements. The majority of those grants would come from the trillion-dollar infrastructure package passed by Congress in 2021.

For every dollar Vermont invests, it would get at least four back, the administration estimates. “I think our treasurer would agree, that’s a pretty good return on investment,” Scott quipped.

Secretary of Administration Kristen Clouser told reporters on Friday that the state ought to put up the match money now, while its revenues are healthy, as opposed to years down the line “when things are leaner and tighter.”

One ongoing expense Scott is willing to saddle: $17 million in tax cuts, roughly $5.3 million of which will go toward expanding eligibility for the Earned Income Tax Credit, “a highly effective anti-poverty tool, to put more money in the pockets of hard-working, low-income families,” Scott said. He also proposed cutting taxes for social security recipients and military pension earners, both perennial proposals of the governor’s.

The rationale behind the tax cuts, administration officials said on Friday, is lowering the cost of living in order to attract and retain more Vermonters, thereby expanding the tax base. It’s a “long game,” Greshin said.

“The governor’s thought process is that if you make Vermont more affordable, you actually build your tax base, so that’s really what we’re trying to do,” Greshin said. “I don’t think I would just accept the idea that if you lower taxes, that your revenues go down. It takes a little while, but we’re trying to build a base of taxpayers.”

Click here to read a transcript of Gov. Scott’s budget address on Friday. 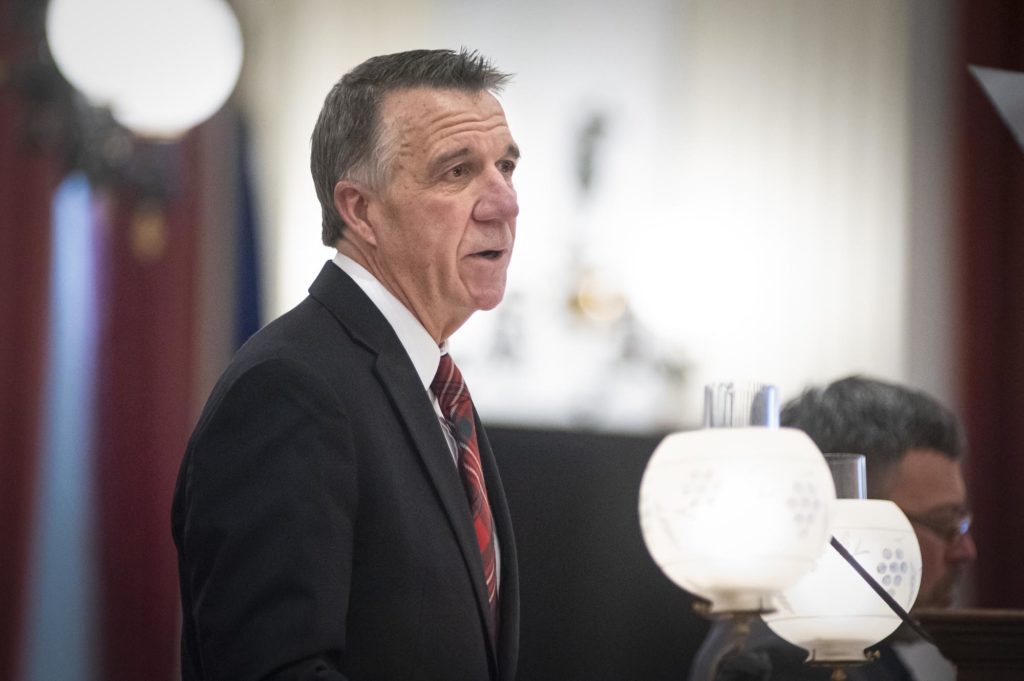 GOV. PHIL SCOTT delivers his budget address to a joint session of the Legislature at the Statehouse in Montpelier on Friday, Jan. 20.
Photo by Glenn Russell/VTDigger