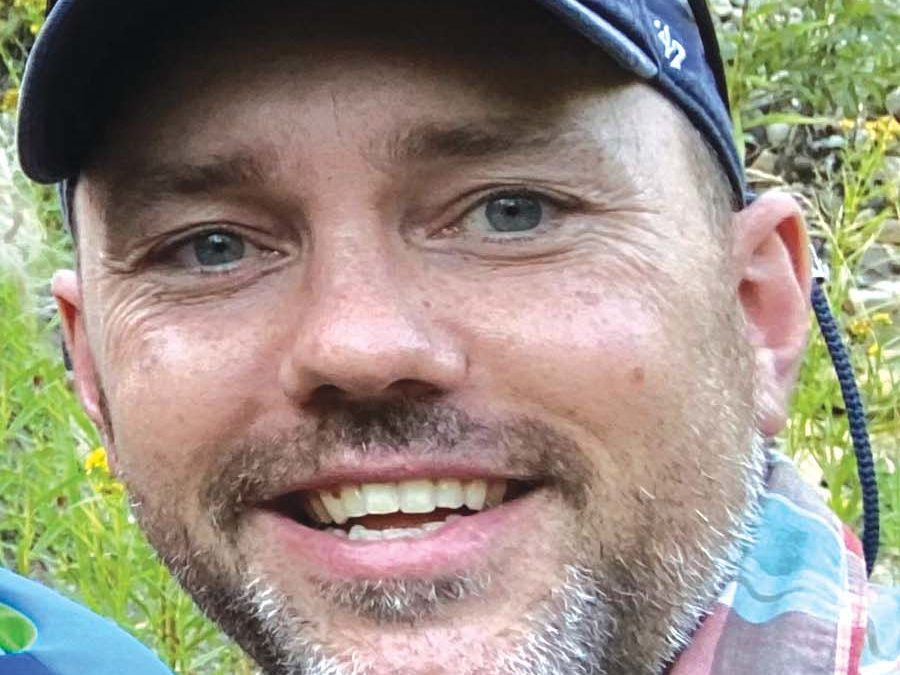 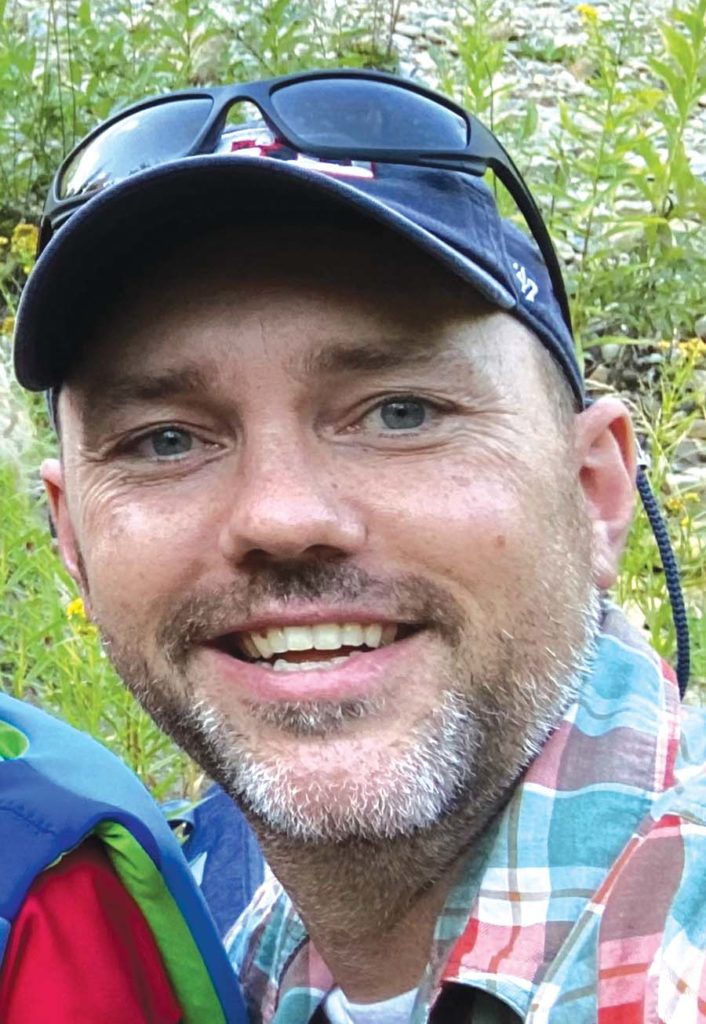 The ginkgo tree at the end of my street finally dropped its leaves a week before last after the overnight temperature dropped below freezing. I took note of the date and the implications of its trend.

Deciduous trees form an abscission layer at the base of each leaf stalk so that eventually the leaf has nothing securing it to the plant. The cells of this abscission layer are corky so that when the leaf falls a scar is formed and no living cells are exposed to the elements. For most deciduous species, like maples, oaks and walnuts, this usually happens at different rates, in different parts of the tree canopy over several weeks.

The hundreds of thousands of maple and oak leaves, not to mention the innumerable walnut and locust leaflets, fell off individually over the course of the last few weeks, tormenting my neighbors and our drainage ditches.

The ginkgo trees, in contrast, have a remarkable synchrony. In the autumn they change to bright yellow all at once. The development of their abscission layers occurs across all their stems at once, so that the heavy, fan-shaped leaves fall almost in unison, usually in one single day. The first hard frost finishes severing every leaf, and they rain to the ground together, dumping a golden blanket directly below the spreading branches.

This year, the last leaves fell on Nov. 8.

Last year they fell on Nov. 3. 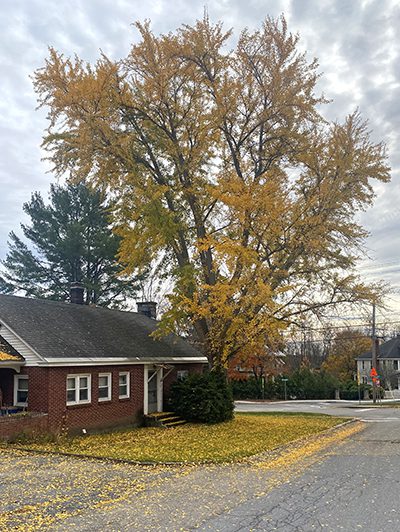 Gigko tree at the end of the street.
Photo by Andrew L’Roe

This isn’t unique to the tree on our street. At the University of New Hampshire, staff members in the Natural Resource Department ran a guessing contest and have kept track of a single gingko tree on campus since 1977. Rediscovered hand-written notes translated into a graph revealed that the ginkgo-dump day had been sliding forward over the ensuing decades. Every decade that ginkgo tree has lost its leaves an average three days later. Researchers at the Meteorological Agency in Japan found that ginkgo leaf fall occurred eight days later in 2000 than it did in 1953.

It occurred to me that my preschool-age kids will take for granted the later frosts and leaf falls, along with the timing of other seasonal occurrences — the first snow fall, the sugar maple buds breaking earlier in the spring. Ruby-throated hummingbirds seem to be sticking around our feeders later, but several of the neotropical warblers that migrate our way in early May might skip us to go farther north.

This all makes me consider the processes that I have taken for granted in the natural world around me. This is a phenomenon that some academics have termed, “shifting baseline syndrome.” What we think is normal in the world around us, often is not, or has not been for long. Studies have shown that this influences our perception of changing climates as well whether children develop a commitment to environmental protection. It also makes it difficult to know what exactly we’re trying to protect and conserve when, as a community, we have forgotten what it was we had and experienced. As Jason Mark wrote in High Country News last month, “Amid collective amnesia, the goals of conservation become targets swaying in the dark.” His prescription to push back this this loss of ecological memory is a few simple steps: “Be outside as much as you can. Bear witness. Make a record. Pass it on.” 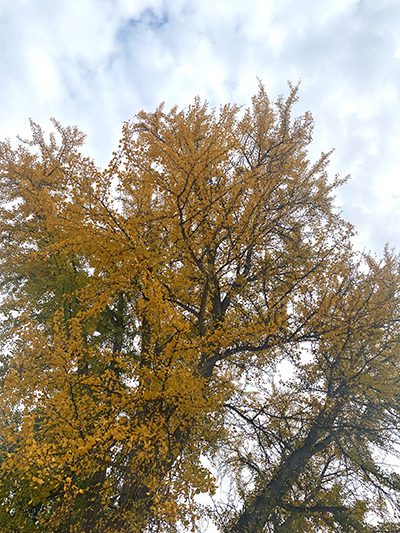 I probably wouldn’t have noticed the change in ginkgo leaf drop if I hadn’t started making a note of the date when I moved to this neighborhood a few years ago. There are so many moving pieces and things to do and pay attention to that we inevitably forget most of what we see and when. It helps to write things in a notebook, and tell friends and family about the things I’ve noticed and changes I’ve seen. As Mark writes, “Each of us can become, in our own modest way, an environmental storyteller, passing down the oral histories of the places we inherited.”

I didn’t experience the widespread valley clay plain forests, with their oaks and maples, ash and shagbark hickory. The graceful American elms that used to canopy village streets. The extensive wetlands along Otter Creek that were drained for agricultural fields. Or even the previously cleared lands in the mountains that have regrown to full forests. I know about these things because of the work of the naturalists of all types that observed and documented the Champlain Valley and Green Mountains decades and centuries ago. I am grateful to them and for all the librarians and archivists and storytellers that preserved that information. And I am blessed to live in a community where I can learn from the professional scientists and citizen explorers that continue to interpret and analyze the past and present landscapes.

The ginkgo itself, which co-existed with the dinosaurs millions of years ago, is the sole survivor of an ancient family of trees. It outlived its seed dispersers and nearly disappeared in the wild. The species may have held on only because of the care of Buddhist monks in China. It was later transported to Japan and carried to North America, where it was planted as a hardy street-tree.  One individual eventually made its way to the end of a road in distant Vermont, where it serves as a reminder of the world that once was and hints at where we might be going. With gratitude, I will keep watching and learning, and with any luck, pass along a few of those lessons to the folks that are coming next.

Andrew L’Roe has lived in Addison County since 2016, and works at the Regional Planning Commission. He serves as the chair of the Middlebury Conservation Commission and enjoys getting out on the Trail Around Middlebury nearly every day.