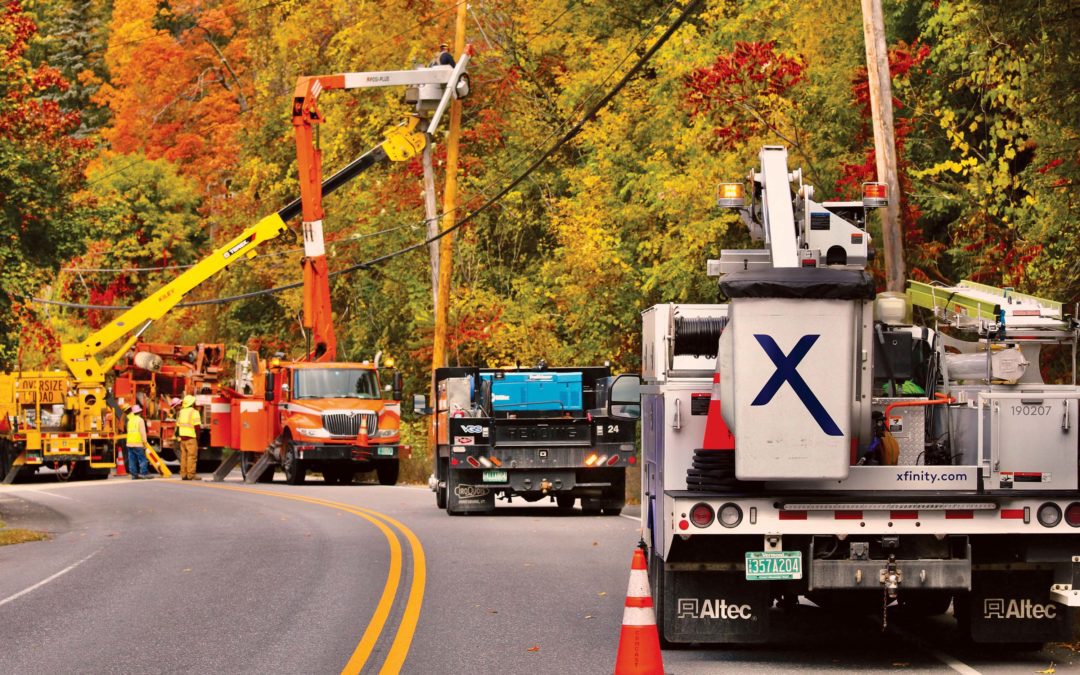 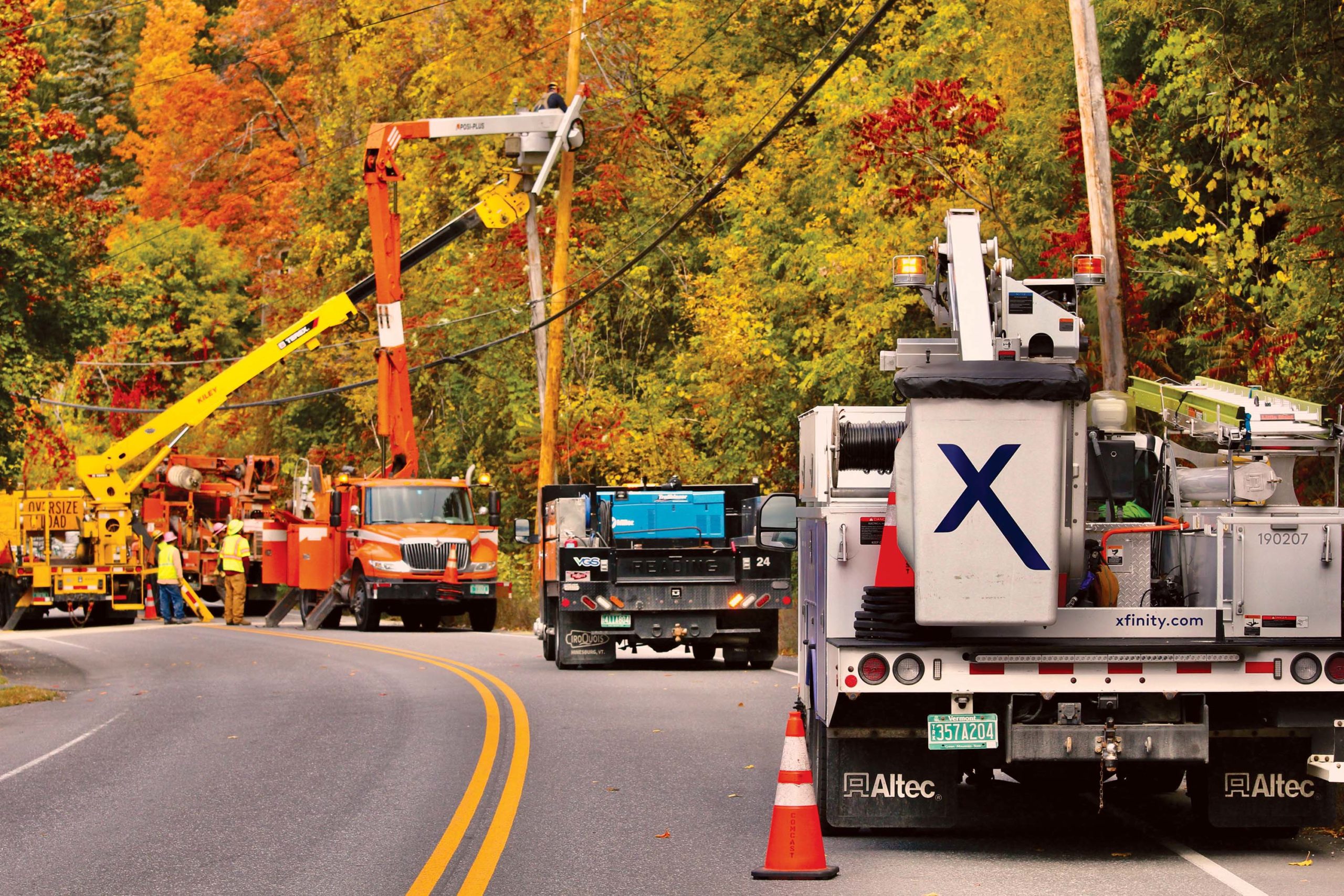 A GREEN MOUNTAIN Power crew works to replace a pole hit by a vehicle in Middlebury on Route 7 just south of High Street on Sunday around 10 a.m. The road was closed from Maplefields on Elm Street to Exchange Street and power was knocked out for residents for more than two hours. Independent photo/Steve James

MIDDLEBURY — Middlebury police responded to a single-vehicle crash, with minor injuries, that tied up traffic on Route 7 North for several hours this past Sunday, Oct. 9, and knocked out power to a section of Middlebury.

Police said that around five minutes before 10 a.m. a woman drove her vehicle into a utility pole off North Pleasant Street. The woman was taken to Porter Hospital or treatment of non-life-threatening injuries, while Route 7 was shut down as Green Mountain Power replaced the damaged utility pole, according to police, who added Middlebury firefighters assisted at the scene.

• Were informed a handgun had allegedly been stolen from a vehicle parked off Boardman Street on Oct. 3.

• Found assistance for a person who had been experiencing mental health difficulties on Academy Street on Oct. 3.

• Responded to a report of a bear trying to get into a trash enclosure at a Route 7 North home on Oct. 4.

• Responded, with Middlebury Regional EMS (MREMS), to a Water Street home where a man was having a medical emergency on Oct. 4.

• Assisted a man experiencing a mental health crisis in the Woodland Park area on Oct. 4.

• Notified the local dog warden about a skunk that had reportedly been acting strangely in the Stonegate Drive area on Oct. 4.

• Investigated a possible domestic dispute at a Court Street location on Oct. 4.

• Responded to a report of a gunshot in the Maple Street area on Oct. 4. Police said they found nothing amiss in the neighborhood.

• Received a report of a bike stolen from Middlebury College campus on Oct. 5.

• Assisted MREMS on a service call at a North Pleasant Street home on Oct. 5.

• Helped a local woman who was trying to exit an abusive relationship on Oct. 6.

• Served a no-trespass order on Oct. 6 on a man who had been causing a disturbance at a Mill Street business.

• Received a report that a vehicle had been vandalized while parked off South Pleasant Street on Oct. 6.

• Responded to the report of a houseless person sleeping in a wooded area next to a Cross Street home on Oct. 6.

• Interviewed a local man who on Oct. 7 said someone had spray-painted his vehicle while it was parked off Schoolhouse Hill Road.

• Responded to a report of someone starting a campfire off Halladay Road on Oct. 7.

• Spoke with a Colonial Drive resident on Oct. 7 who alleged that underground drilling was occurring on her property without her permission.

• Provided traffic control for a tractor-trailer truck that had become stuck at the corner of North Pleasant Street and Court Square on Oct 7.

• Were informed of the theft of a tree stand and crossbow from a tree in the Monarch Court area on Oct. 7.

• Responded to a report of a loud party in the Maecliff Court area at almost midnight on Oct. 8.

• Received an anonymous report of alleged drug activity in the Jayne Court neighborhood on Oct. 8.

• Assisted officials from the Vermont Department for Children & Families in taking a newborn infant into state custody at Porter Hospital on Oct. 8.

• Investigated a report of snow tires taken from behind a Main Street business on Oct. 9.

• Assisted MREMS on a medical call to Middlebury College on Oct. 9.