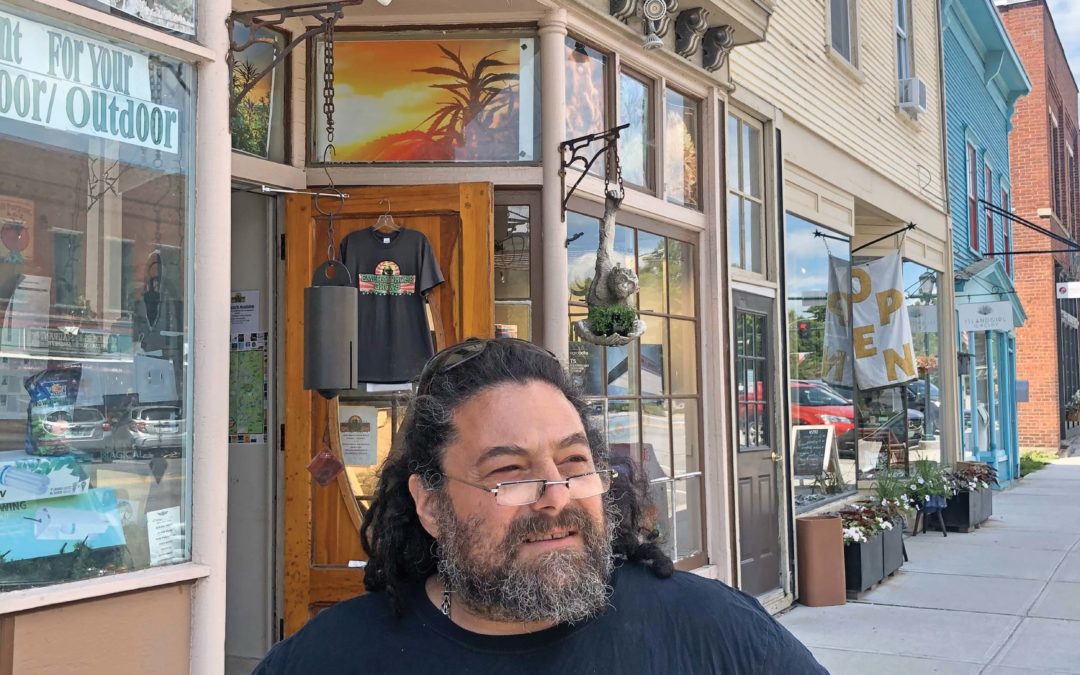 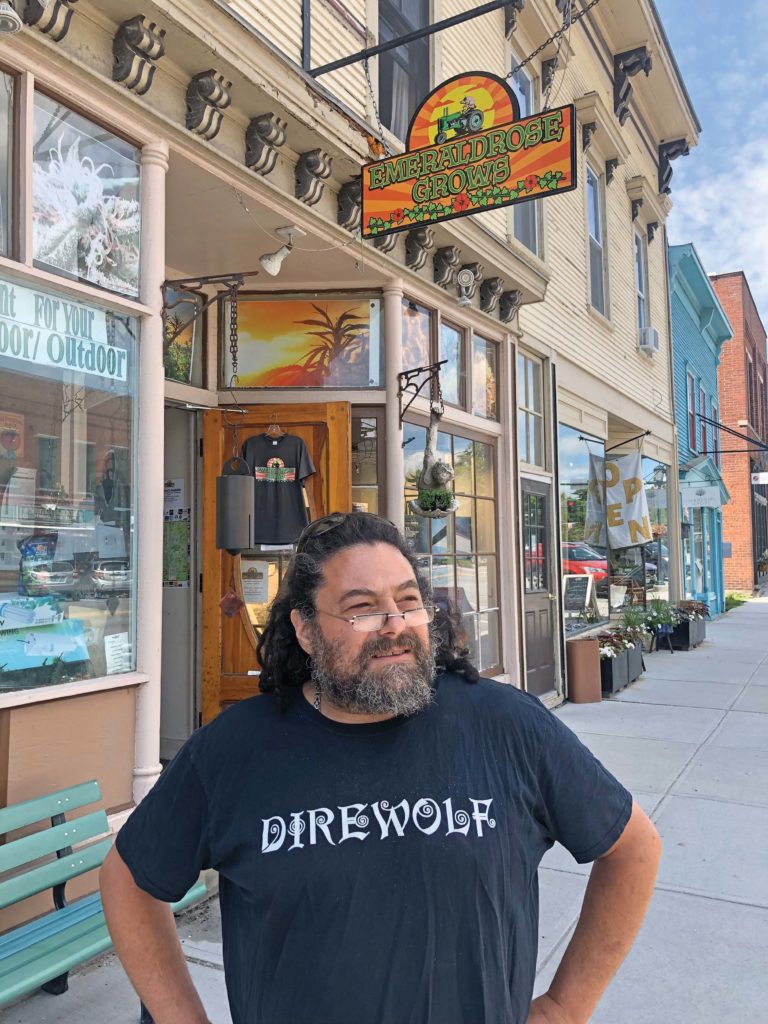 GREG NEWMAN HAS owned Bristol’s Emeraldrose Grows, an organic gardening shop in Bristol, since 2018. This fall, he’s planning to add recreational cannabis to his offerings at the Main Street store.
Independent photo/Marin Howell

BRISTOL — Emeraldrose Grows owner Greg Newman is planning to add a new kind of flower to his organic gardening shop this fall: recreational cannabis. Newman is working to get his retail license to sell recreational cannabis and join other local dispensaries in selling the plant once those licenses are issued by the Vermont Cannabis Control Board (CCB) in October.

Newman has owned his 11 Main St. shop in Bristol since 2018. In addition to gardening supplies and growing advice, Newman’s shop has offered cannabis seeds, hemp seeds and hemp starts since he opened. He’s worked to make a place for himself in the state’s cannabis and hemp industry as its changed over the years, but he said becoming a dispensary wasn’t something he anticipated.

“I never really planned to do it, I just wanted to sell live plants. In order to do that, you would have to be a dispensary, so I was like, ‘Let’s just go down that road and see where it goes,’” Newman said.

That road included bringing the issue of whether Bristol should allow licensed cannabis retailers to operate in town to a vote on Town Meeting Day. Newman worked to collect the proper signatures and submit the petition for the March vote.

After residents approved that move, voting in favor 513-264, Newman joined hundreds of other potential recreational cannabis sellers in applying for prequalification, a process that includes checking for criminal histories and civil and potential administrative law adjudications. He was officially prequalified on May 25 and will apply for his retail license with other potential retailers in September when the CCB begins accepting those applications.

Newman said as he appreciated the steps the CCB has taken to simplify the process of getting a license to sell cannabis.

“I wouldn’t say that it was difficult,” he said. “The CCB really has worked hard to make it more understandable and easier through different guidelines they’ve put out.”

The real challenge Newman noticed is figuring out how to evolve one’s business, whether that be as a grower or retailer. Newman said he knows what niche he wants to fit into as a dispensary and that’s guiding his work through the process.

“We live in a small community, if I can just supply the people in the area that’s good enough for me,” Newman said. “I just want to be your neighborhood dispensary.”

That neighborhood dispensary will eventually offer live cannabis flowers, edible cannabis and potentially cannabis concentrates. Newman isn’t yet sure what varieties he’ll offer, but he plans to sell a rotating menu of strains in these three forms and source the edibles from a commercial kitchen in Vermont.

Newman said adding recreational cannabis sales to his garden shop won’t require too many changes, though there are some renovations he’ll need to make to the store. He plans to add a counter in the back for the dispensary sales and some showcases for the cannabis flowers. He also intends to add some additional security measures, such as more cameras in the store, and hire one or two part-time employees to take on the additional retail work.

In anticipation of his move to recreational cannabis sales, Newman said he’s had a lot of interest from the community and hopes that leads to some demand when he officially becomes a dispensary.

“There’s a lot of people that come in and say, ‘Hey, when are you opening?’ So, there’s a lot of interest, but I don’t know what the demand will be,” Newman said. “I hope it’s successful, I hope I have support from the community.”