Faith Gong: On the End of the World (With a Book Recommendation) 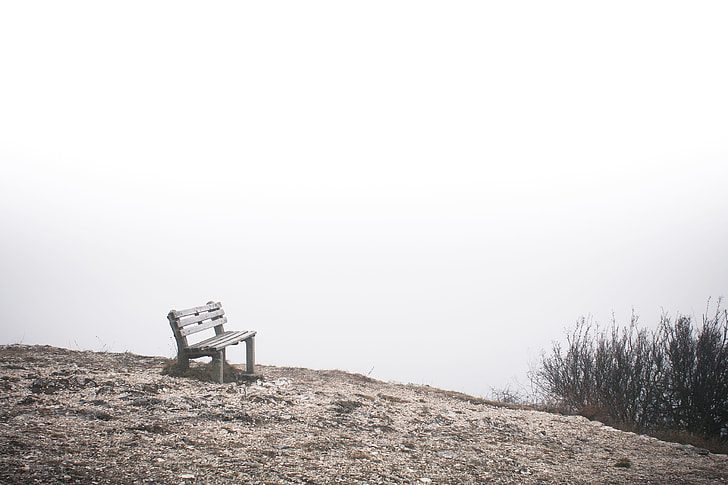 Faith Gong: On the End of the World (With a Book Recommendation)

The other week, I found myself having repeated versions of the same conversation with various friends, family members, and myself.

My husband, who is reading the sermons of Dr. Martin Luther King, Jr. for a research project, shared some of Dr. King’s thoughts on race, nonviolence, and forgiveness. Preached in the 1950s and 60s, his sermons are prophetic and his words are just as true and necessary today. “Was anybody listening?” I wondered.

We had friends over for dinner the other night and began discussing literature. My friend Jane mentioned reading James Baldwin and thinking, “He wrote all this back then?! Wasn’t anybody listening?”

I pulled out a book for summer reading that’s been sitting on my shelf for some time: Resident Aliens: A provocative Christian assessment of culture and ministry for people who know that something is wrong, by Stanley Hauerwas and William Willimon. Then I noticed that my copy — which was published in 2014 — is the “Expanded 25th Anniversary Edition.” Which means that for at least the past 33 years some people have been saying that things are wrong both inside and outside the Christian church. Was anybody listening?

My father, who is reading a biography of Thomas Jefferson, shared this quote from a letter Jefferson wrote to John Holmes in 1820: “I regret that I am now to die in the belief that the useless sacrifice of themselves by the generation of 1776…is to be thrown away by the unwise and unworthy passions of their sons [.]”

Did you catch that?!? Just 44 years after the Declaration of Independence, one of our founding fathers died believing that America had failed.

Life is usually so busy and loud that it takes a lot for me to have an epiphany. But these events, within the span of a single week, seemed to be circling around a single concept. Was it that humans have terrible hearing? That we do hear, but are too distracted or selfish to act? Or perhaps that humans, regardless of our hearing, have terrible memories: We cycle through the same problems, and what seem like new problems today have actually been problems for generations?

Yes to all of that. But during this same week, I was also reading a book that put my epiphany into beautiful words: Sea of Tranquility by Emily St. John Mandel.

Sea of Tranquility is not a book I’d normally read. It’s classified as science fiction, with parts of the story focused on the future and time travel; not a genre I’m typically drawn to. But I was reading it for my book group.

It turned out to be the most gorgeous, thought-provoking book I’ve read this year. I am now ruthlessly pestering my family and friends to read it, so that I’ll have more people to discuss it with — to the point that my 14-year-old daughter recently said, “Why is everything you say like a Sea of Tranquility infomercial these days?”

In Sea of Tranquility, a “fictional” author named Olive Llewellyn who has written a bestselling book about a global pandemic says this to a virtual audience in 2203: “’What if it always is the end of the world?… Because we might reasonably think of the end of the world…as a continuous and never-ending process.’”

THAT was my epiphany.

Events of recent years could be easily taken as mounting evidence of the end of the world: violent protests, wars, mass shootings, a global pandemic, and enough ugly politics to make everybody — left, right, and center — deeply unhappy. But the truth is that the world has always been ending.

Give me your worst-case scenario of today, and I’ll raise you one from history. Wars, violence, and pandemics are as old as time. Civilizations rise and fall. To one of our favorite current laments — that people are so divided these days as to make constructive dialogue impossible — I’ll muse, “I don’t know, but I think the Civil War was pretty bad….” White, middle-class adults of my parents’ generation look back fondly to the peaceful and moral days following World War II, seemingly forgetting that Black people were still being lynched in the South, and that in most states it would be illegal for me, as a White woman, to marry my Asian-American husband. Even the moment we might reasonably expect America to have been at its pinnacle of unity — the 1776 Revolution — Thomas Jefferson deemed “useless.”

So, if the world has always been ending and will presumably keep ending for the forseeable future, what are we to do?

For this, we have another prophet to whom we’d all do well to listen: Wendell Berry. In 1973, Berry published his sweeping poem, “Manifesto: The Mad Farmer Liberation Front,” in which he writes:

“Expect the end of the world. Laugh.

Laughter is immeasurable. Be joyful

though you have considered all the facts.”

I’d argue that the most damaging outcome of the past years has been the fear and rage with which many people have responded to current events. Fear and rage result when our expectations are disrupted: We expect to be comfortable, safe, and able to do whatever we want — and the world doesn’t comply. In fact, the world has never complied, but we’ve bought into the modern myth that everything is about our personal happiness, so we channel our inner two-year-olds. But if, as Berry suggests, we expect the end of the world, then we’re not surprised when crises strike. Instead of sacrificing time, energy, and relationships to our tantrums, we can choose another reaction.

Which is: laugh. Laugh? That seems an odd response to the end of the world. Isn’t that denial? No, because Berry follows with what’s become one of my mantras: “Be joyful though you have considered all the facts.”

How can we laugh in the face of apocalypse or be joyful with our eyes wide open to reality?

Well maybe, just maybe, we’re trying to change the wrong things. We want to change the world, and we think if we yell loud enough, get angry enough, then the world will stop and pay attention. But if the world has always been set on a course to end, can all our rage and grappling to control circumstances — through money, signatures, votes, or violence — really make meaningful or lasting change?

Instead, we can change ourselves.  We can cultivate joy even in terrible times if we’re not shocked by those outside circumstances. (The last time I checked, there were still flowers, babies, books, sunsets, coffee, music, and chocolate — that’s a start). Finding joy will change both us and those around us: Our children, family, friends, neighbors, who don’t benefit from our fear and rage but do need our love and laughter.

We may not be able to stop the end of the world, but I don’t believe for a minute that we can’t make the world a better place in the meantime. Knowledge that suffering is guaranteed and an end is inevitable should never deter us from pursuing the best path — that’s simply called “life.”

Martin Luther King, Jr. preached that “love has within it a redemptive power.” He meant that love — even and especially love for people who are angry, fearful, and hateful — has the power to transform people. I join Wendell Berry and Martin Luther King, Jr. in believing that the only way to really change the world for the better is to change people for the better, and the only way to do that is by first changing ourselves for the better, starting with love, laughter, and joy.