MIDDLEBURY — The Mass. Bay Brewing Company, the makers of Harpoon beer, is buying the company that brews Otter Creek and Shed beers and is selling the Middlebury plant that makes those beers to whiskey maker WhistlePig.

It is unclear what exactly will happen to the jobs of the 45 employees who currently work in the Otter Creek/Shed brewery on Exchange Street in Middlebury’s industrial park, but it is hoped that many will stay on board when WhistlePig takes ownership.

The deal, terms of which were not disclosed, is due to close next week, said Daniel Fulham, CEO of Long Trail Brewing Co.

“We’re going to be brewing there for the foreseeable future,” Fulham said. 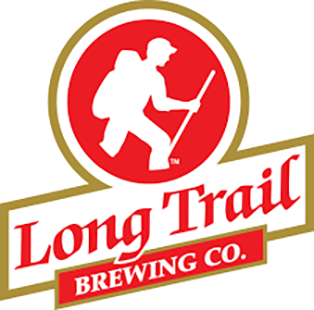 Long Trail bought Otter Creek Brewing about a decade ago. It continued to brew Otter Creek and Shed brand beers on Exchange Street, and even expanded the plant in 2017. But Mass. Bay Brewing has signed a transition agreement that Fulham says winds down the making of Otter Creek/Shed beers in Middlebury in the coming months or weeks as the brewing of those beverages moves to the Harpoon brewery in Windsor.

He hoped that some of the local employees would be willing to transition to the Windsor plant, and that the rest would be offered employment by WhistelPig.

“Eventually WhistlePig will be distilling there,” Fulham said.

WhistlePig was founded in Shoreham in 2007 and opened its distillery there in the fall of 2015. Its original owners sold their shares the business in 2019. It sells high-end rye whiskey and was named “Best Rye Whiskey” at the 2021 San Francisco World Spirits Competition and “Best in Show” in 2017.

In a Friday press release announcing the changes, WhistlePig CEO Jeff Kozak was enthusiastic to move some production to the Otter Creek/Shed plant.

“We believe the additional production capacity in Middlebury will complement our grain-to-glass distilling and warehousing operation on our 500-acre farm and are hopeful we can continue to grow both our brands and job opportunities in our community.”

Both companies are working to retain production, sales, and support functions as part of the transition.

Kozak and WhistlePig officials did not return calls before this story was published.

For the immediate future the Otter Creek/Shed brew pub staff will still be selling beers at the Exchange Street location, Fulham said.

“It’s up to WhistlePig after a that, everything is on the table,” he said.

Fulham, who will lose his own job as head of Long Trail, said the sale of his company to Harpoon reflects a long-term trend in the craft beer industry. The consumer taste for beer is changing while the number of craft brewers has ballooned.

“Nationally (the craft beer industry) is a decline as people are looking for healthier options — drinks with no alcohol, hard ciders… The market has shifted,” he said.

“And when Harpoon and Long Trail got started there were 700 craft brewers in United States, now there are 9,000.”

He said the consolidation of Harpoon, Otter Creek and Long Trail brands under one company made sense financially.

“You need a critical mass with retailers and distribution partners,” Fulham said. “Craft beer is facing some headwinds.”