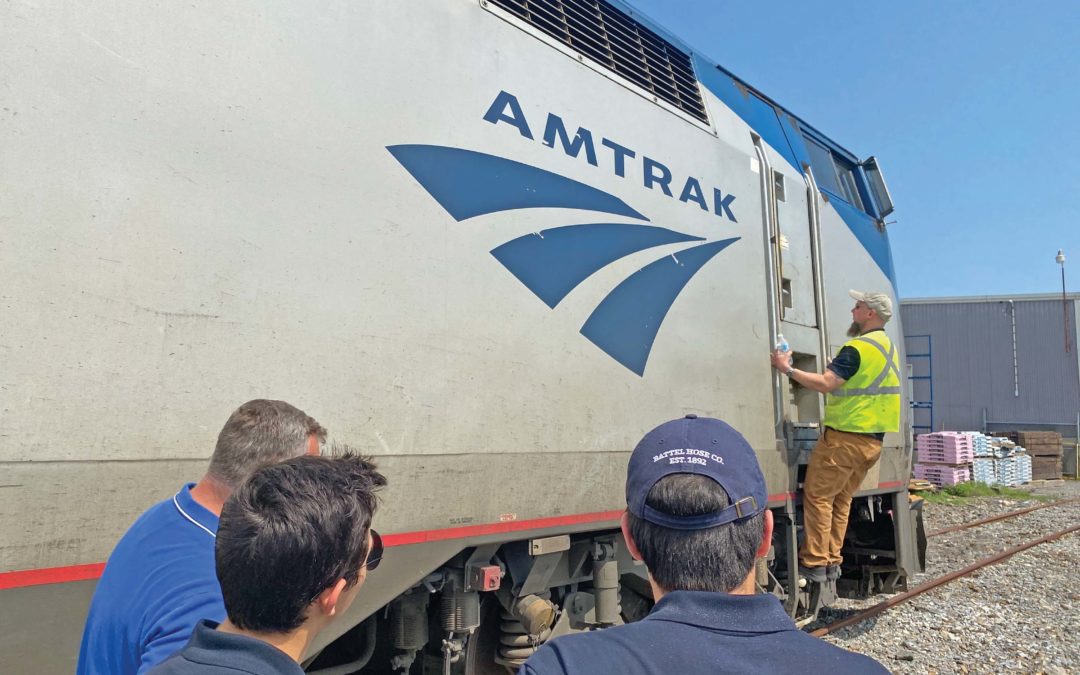 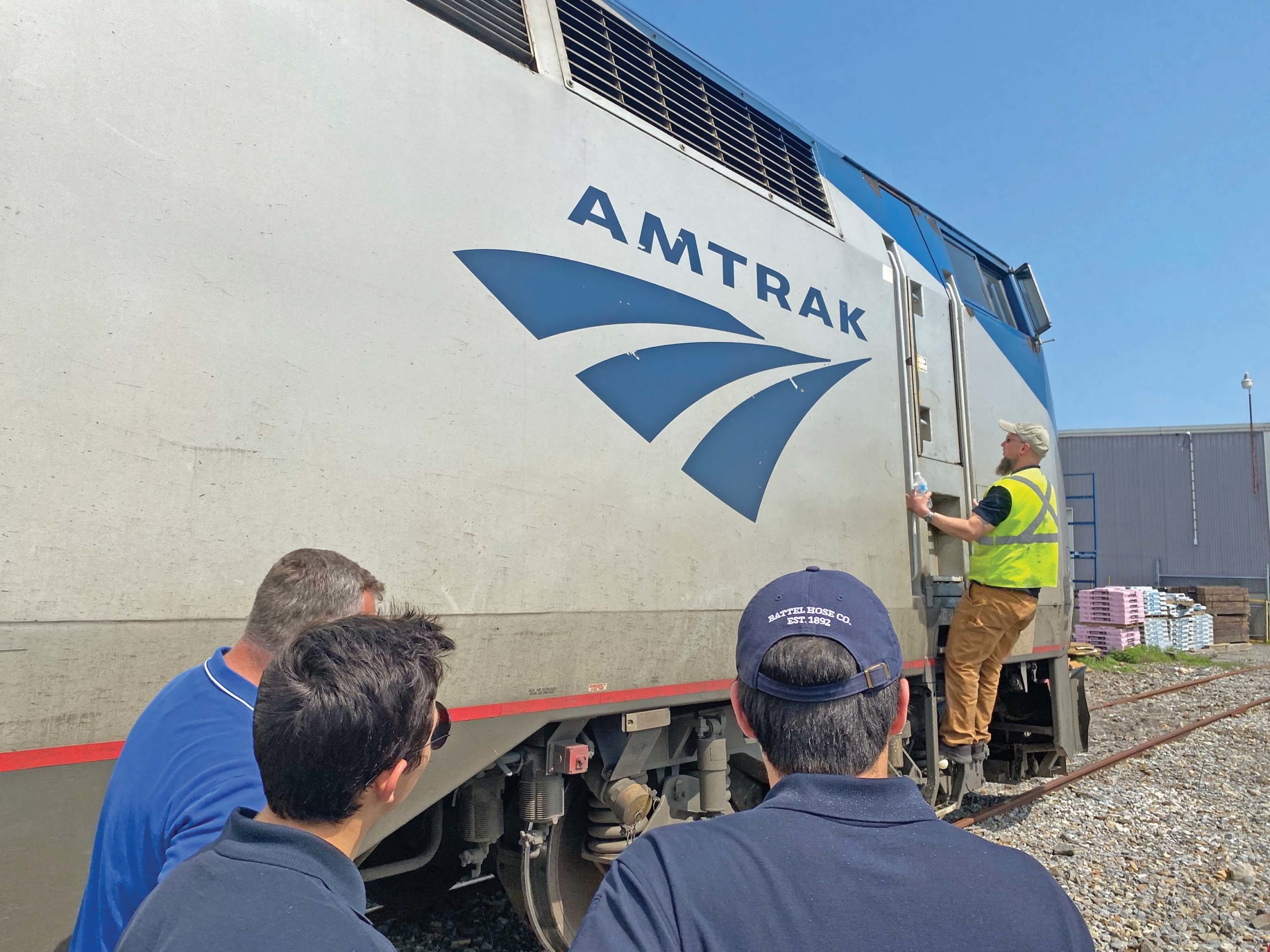 MIDDLEBURY — On Saturday, May 21, first responders from across Addison County took part in classroom and in-person trainings with Amtrak engines and passenger cars in Middlebury. Participants learned about the physics of trains and rails, safety procedures, and response coordination in the case of an accident.

Many of the participants experienced and still remember the derailment in 2007 when cars carrying gasoline toppled just south of Middlebury village, prompting a full-scale response, evacuations, and several days of cleanup.

Almost 100 firefighters, police officers, and medical responders have participated in trainings by Amtrak and Vermont Rail System in April, May and last November. 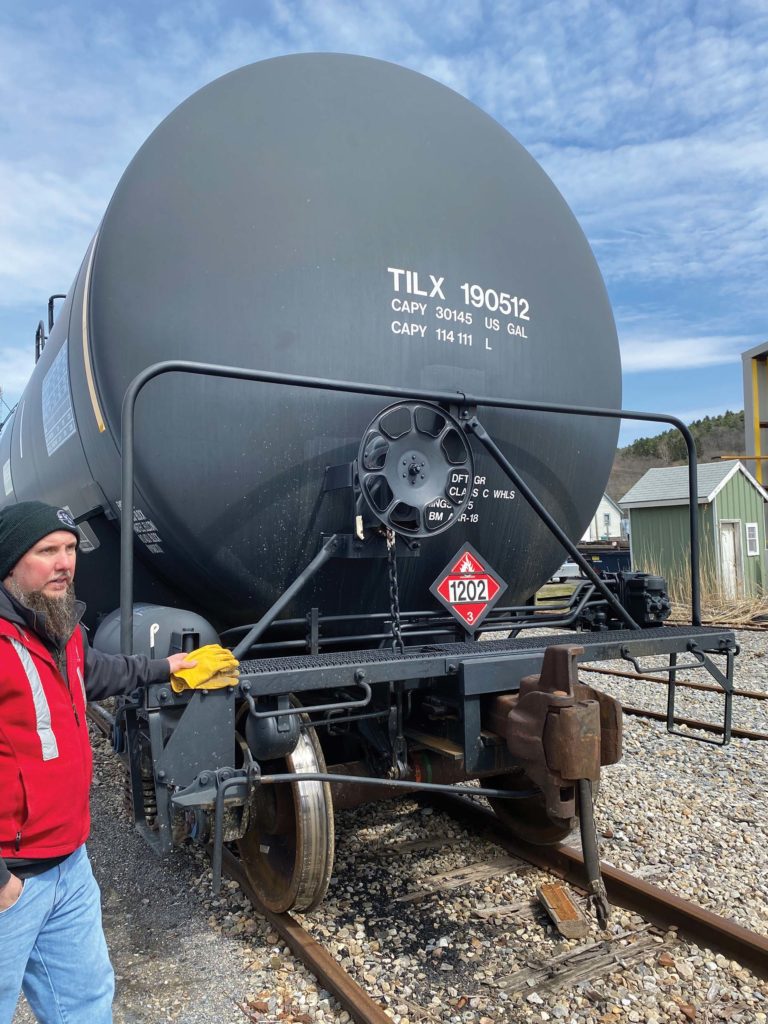 Amtrak service is expected to begin around July 22, with engines and unoccupied passenger cars running their new schedule around July 8 to work out the final logistics and timing. Passenger trains will leave Burlington in the morning, head to Penn Station in New York City, and return in the evening with stops in Middlebury and Vergennes. Freight trains will continue running at other times of day.

“We’re incredibly excited about the return of passenger rail service through Addison County. Vermont Rail System has been preparing for this for years and the Amtrak engineers and safety program are being proactive to make sure that there aren’t any safety issues,” L’Roe said.

Vermont Rail and Amtrak are working with Operation Lifesaver (online at oli.org/safety-near-trains) to help get the word out about train safety, and they strongly encourage talking with children or neighbors who may be used to trespassing on rail lines.

“Our biggest concern is for local residents who aren’t used to the new trains on the tracks; Amtrak trains will be approaching Middlebury and the Route 7 intersection in New Haven at speeds of up to 59 miles per hour, almost twice as fast as the current freight trains that use the corridor. They’re also a lot quieter as they approach, so even if you think you’ll have time to get out of the way, you don’t!” L’Roe said.

“Folks who are used to walking near the tracks should find alternate routes, and cars crossing intersections should heed all warning lights and take extreme caution. These aren’t the same trains we’re used to.”

Vermont Rail System owns the rail lines as well as the adjoining right-of-way. The company has been conducting tree and brush clearing along the tracks across the county to reduce tree hazards and increase sightlines.

Editor’s note: This story was provided by Andrew L’Roe of the Addison County Regional Planning Commission.