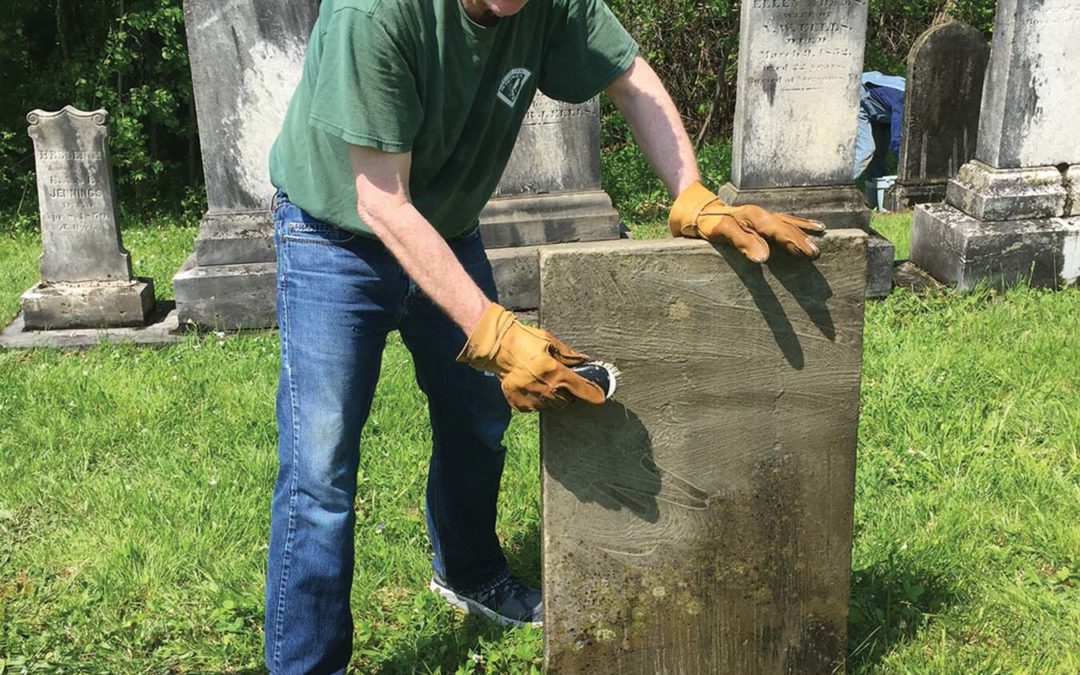 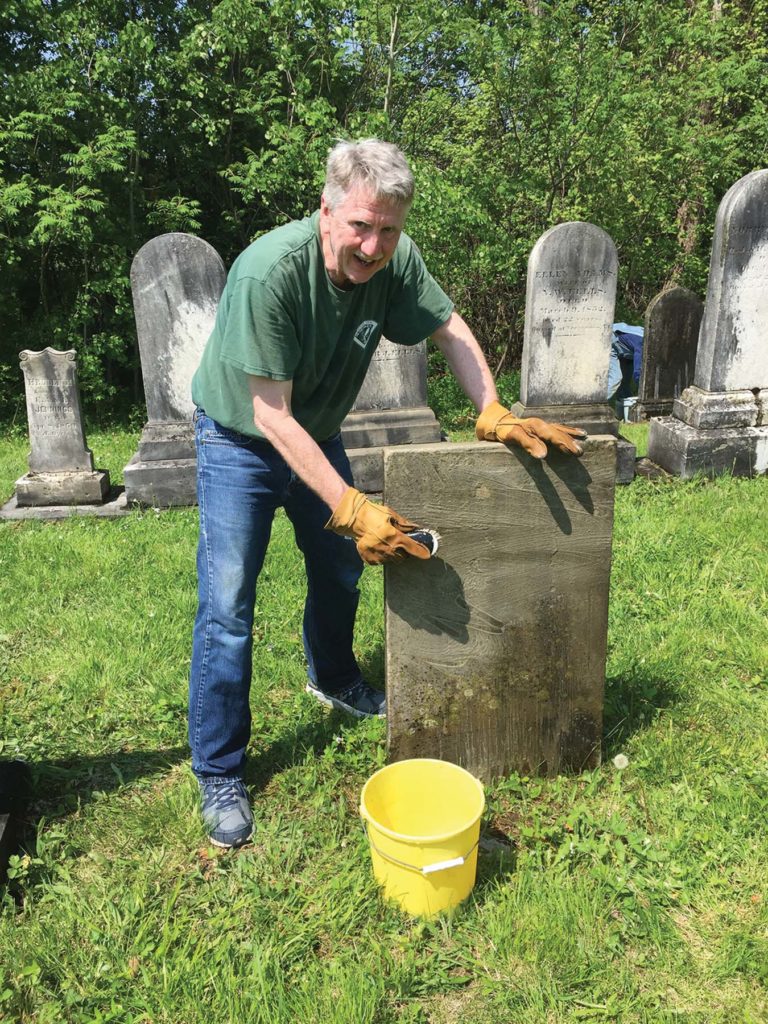 VOLUNTEER JIM PUGH was among the fourteen Cornwall residents to help clean gravestones at the historic West Cornwall Cemetery back in April.
Photo/T Tall

CORNWALL — Fourteen volunteers turned out April 21, a hot Saturday morning, to clean the gravestones in the old West Cemetery in Cornwall. It was established in 1812 on land purchased from Roswell Post. Instruction in the correct technique to be used to clean the marble stones was provided by David Clark who recently oversaw the restoration of Middlebury’s Washington Street Cemetery.

A lot of Cornwall’s history is written on the stones of this burying ground.  Eleven veterans of the American Revolution are interred there. Two of its earliest physicians are buried there, Oliver Eells, 1795-1860 and Rodman C. Greene, 1833-1866. Dr. Eells practiced medicine in West Cornwall for 42 years and Dr. Greene became his partner. Their modern-day counterpart Dr. Matt Breckenridge lives next door and the Breckenridge family helped with the cleaning.

Mehitibel Preston DeLong, 1784-1877, appears, at 93, to have been the longest lived. She was born during the early years of the nation and lived to see it almost tear itself apart in the Civil War. The earliest birthdate belongs to Sarah Metcalf Davis, 1736-1812. She was born in Medway, Mass., and moved as a girl with her family to Chesterfield, N.H. Upon her husband’s death in Chesterfield in 1794, she moved to Cornwall with her son Abijah and his family.

This was the Cornwall Cemetery Commission’s first community workday specifically for this purpose, and the crew was able to clean about one third of the stones — not too shabby for a maiden effort.