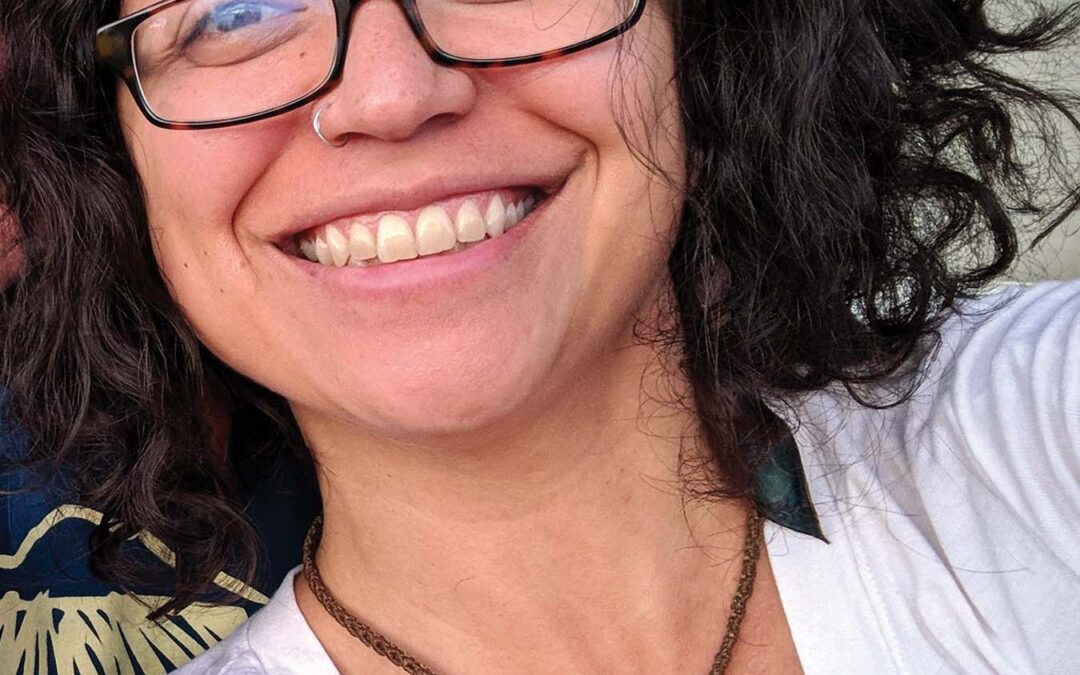 I have a neighbor who cut down all the trees on their property. The area where my esophagus connects to my stomach clenched tightly, sour and sharp, as I watched each tree come down. In the days afterward my eyes would skirt past a particular window so that I could avoid that feeling, my brain comparing the giant pile of stacked trunks to bodies. Was that a touch dramatic? Perhaps. After all, the land my own house is on had to have been similarly cleared at some point. But as I recall the experience now, I can’t help but wonder would I have felt that feeling 20 years ago, witnessing the same scene? Perhaps not.

The immediacy of climate change adds a layer of urgency to my interactions with the environment that was not present when I was younger. I recognize that climate change wasn’t actually absent from my youth. But we didn’t talk about it in the same way we do now, and it seems like everyone thought that recycling and “saving the rainforests” was enough to keep things green. It is entirely likely that a younger self would have been briefly sad about someone clearing their yard, and then have moved on.

I’m describing this experience not to try and slander my neighbor or to make a public comment on their choices, but instead to try and communicate an internal feeling in a way that another person might understand. This is one of the essential functions of language, externalizing the internal so that someone else can then internalize it. But wouldn’t it just be easier if there were a single word to describe what I felt? There is, actually. Solastalgia means, “The distress caused by environmental change.” It describes the combined feelings of helplessness and pain that one feels when witnessing a familiar landscape become irrevocably changed. It also describes a longing for an impossible return to a place’s previous state.

This new word seems particularly needed during the Anthropocene (another new word, denoting our current geological age, where human activity is the foremost influence on the physical environment). We need new words to describe what is happening around and within us. What our species is experiencing has never been experienced before on this scale. We are living in an era characterized by the irrevocable destruction of our environment by our own hand. Sure, large corporations and capitalism and fossil fuel extraction have played a huge role, but I also can’t help but posit that our use of language is part of the problem.

The most common phrase in the last 20 years for talking about this topic is “climate change.” It is impersonal and mild, and does not carry a sense of urgency unless you choose to search out a scientific definition. Testimony to Congress in the late 1980s from NASA climate scientist James E. Hansen popularized the idea of “global warming” and attributed it to the actions of humans, and for a time this phrase circulated within mainstream media, along with conversations about acid rain and CFCs. But it was intentionally abandoned in George W. Bush’s first term on the advice of a Republican strategist, in favor of the less “emotional” climate change. In fact, a series of studies in 2013 and 2014 found that climate change “appears to reduce engagement on the issue for a range of subgroups across age, political and gender lines. These included Democrats, independents, liberals and moderates; men, women and minorities; and different generations and “was associated more with general weather patterns.” So why do we keep using the phrase? Isn’t it slightly akin to describing your burning house as “domestic change?”

There is a linguistic supposition that language has the ability to influence thought. Linguistic Relativity is a broad theory that encompasses a wide degree of interpretation, but the basic premise feels applicable to how we conceive of climate change and how we choose to react. It is clear to see how the language (sometimes deliberately) used within our culture has shaped our thinking about environmental catastrophe. When talking about our environment a deliberate switch to language that is more calming or inclusive can be seen as the right course. But at this point I don’t think there should be any words chosen to keep people calm, or try to allay fears. It is a f_____g emergency.

Perhaps our current lexicon isn’t enough. The Bureau of Linguistical Reality, a project started by Heidi Quante and Alicia Escott, aims to create new words to better shape our understanding of and interactions with our climate emergency. While it is playful and artistic, it is also direct; hitting on the idea that arguing about which words spur urgency the best may be a zero-sum game. Instead, if we can create new words with a common definition, perhaps we can then agree on common action. Let me provide some examples. “Psychic Corpus Dissonance” is a phrase that perfectly describes this past mid-March. Its definition is “the conflict between mind and body that occurs when a person experiences unusually warm weather during a time that has historically been considered winter.” While many of us found an early end to freezing temperatures to be a pleasant surprise, I don’t think that our maple syrup industry felt the same.

“Surbrace” is a word that particularly resonated with me — it is defined as “a powerful sense of conviction to do the right thing that arises after one has already let go of the outcome, because they see the situation as larger than themselves — almost as though they are already dead looking back at history.” Consider “nonnapaura,” the simultaneous desire for your children to have children of their own and the dread and anxiety for the kind of future those grandchildren will inherit.

The creation of these words has been a group effort, sometimes public (you can suggest your own words and definitions via the Bureau’s website). It is an interesting exercise in linguistics, and I have found that some of these words completely describe things I am experiencing from our climate emergency. But I think its greater point is that we need to change the way we talk about climate change if we are going to change the way we think about climate change, so that we can change the way we act. Right now I’m pondering a word to describe having kind but earnest dialogues with neighbors to suggest how they might see their property differently. Will it make a difference? Perhaps, even if only to push me to have that conversation. And isn’t that the idea?

Samantha Langevin is the chef at American Flatbread, Middlebury Hearth, and has a background with nonprofits that specialize in education and the intersections of food, environment, and social justice. She lives on a small farm in Bristol with her partner.