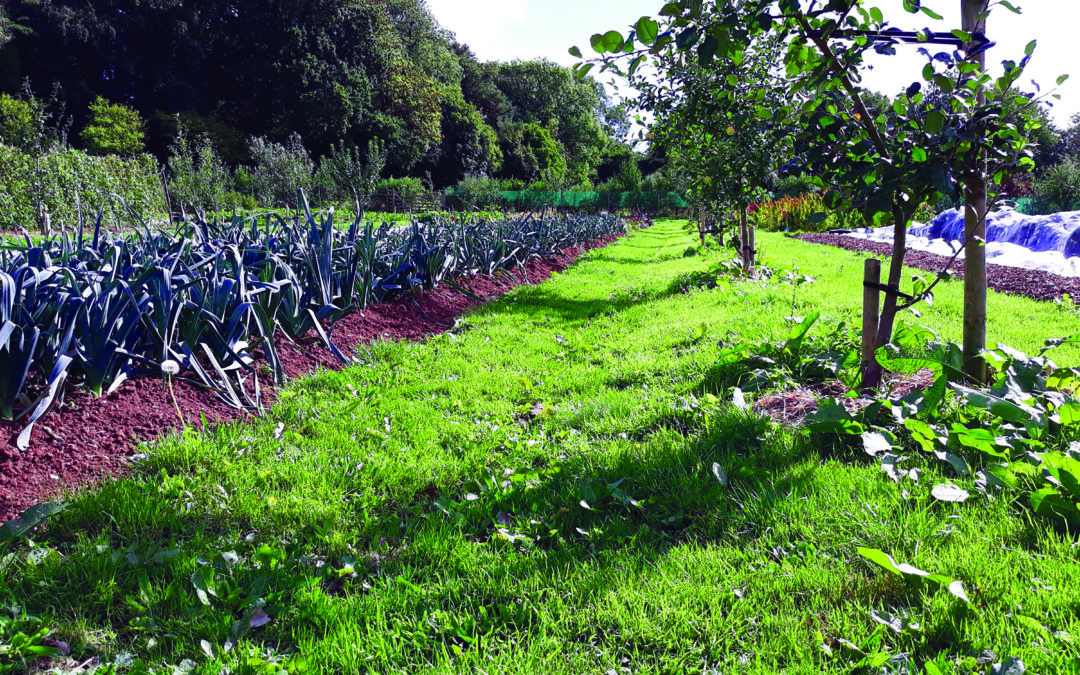 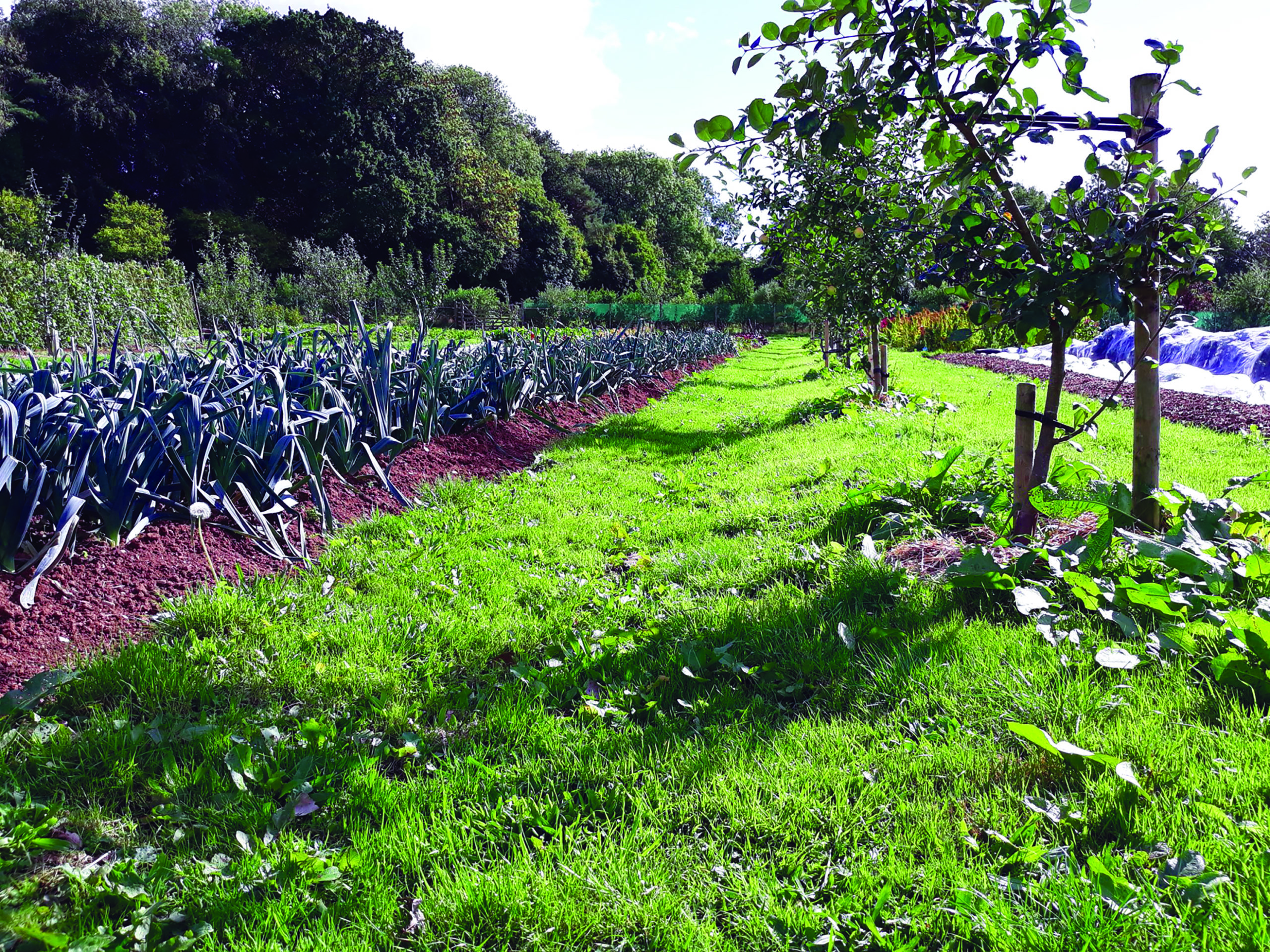 TREES PLANTED ALONG lines on this farmland create an alley where the leeks on the left can grow productively. Alley cropping like this can combat climate change by increasing species diversity to reduce crop damage from pests, stabilizing air and soil temperatures to resist drought, and reduce wind speeds and evapotranspiration. Photo / Meghan Giroux
By Christopher Ross

ESSEX, N.Y. — Agroforestry practitioner Meghan Giroux is in a hurry to get as many trees planted on farms as possible, to help build resilience to climate change.

“What’s coming — what’s forecast and what’s actualizing in landscapes right now — is scary and significant,” Giroux said. “I go out to farms and I feel stressed on their behalf.”

Giroux, who lives in Bristol, is the founder and director of Interlace Commons, a nonprofit organization headquartered on the other side of Lake Champlain in Essex, N.Y., that provides agroforestry training and consulting to farms throughout the Northeast. Interlace has been supported by funding from a number of sources, including a congressional appropriation secured by Sen. Bernie Sanders and a grant from the Edward Mother Jones Foundation.

Many of the farms Giroux consults with are already reporting a number of issues related to climate change.

“They’re experiencing longer periods of drought and they’re running out of forages earlier in the season,” Giroux said. “They’re seeing shorter but more intense periods of precipitation leading to erosion issues. And we’re hearing about pests migrating north, and instead of having one reproductive cycle they’re having two, or even three.”

Farmers are looking for tools that can not only help build their resilience but can also diversify their incomes, Giroux said.

Agroforestry, an ancient set of land-use practices, is fast gaining recognition as a one of those tools.

According to the USDA there are five widely recognized categories of agroforestry in the U.S.

All of these practices offer the possibility of diversifying farm income with wood and nontimber forest products.

Demand for the services Giroux provides has been significant throughout New England, she said.

When Interlace Commons recently launched a two-year farmer-centered Field Consultancy Program, which will support agricultural landowners interested in designing and implementing these processes, it received more than 300 applications from all over the Northeast. 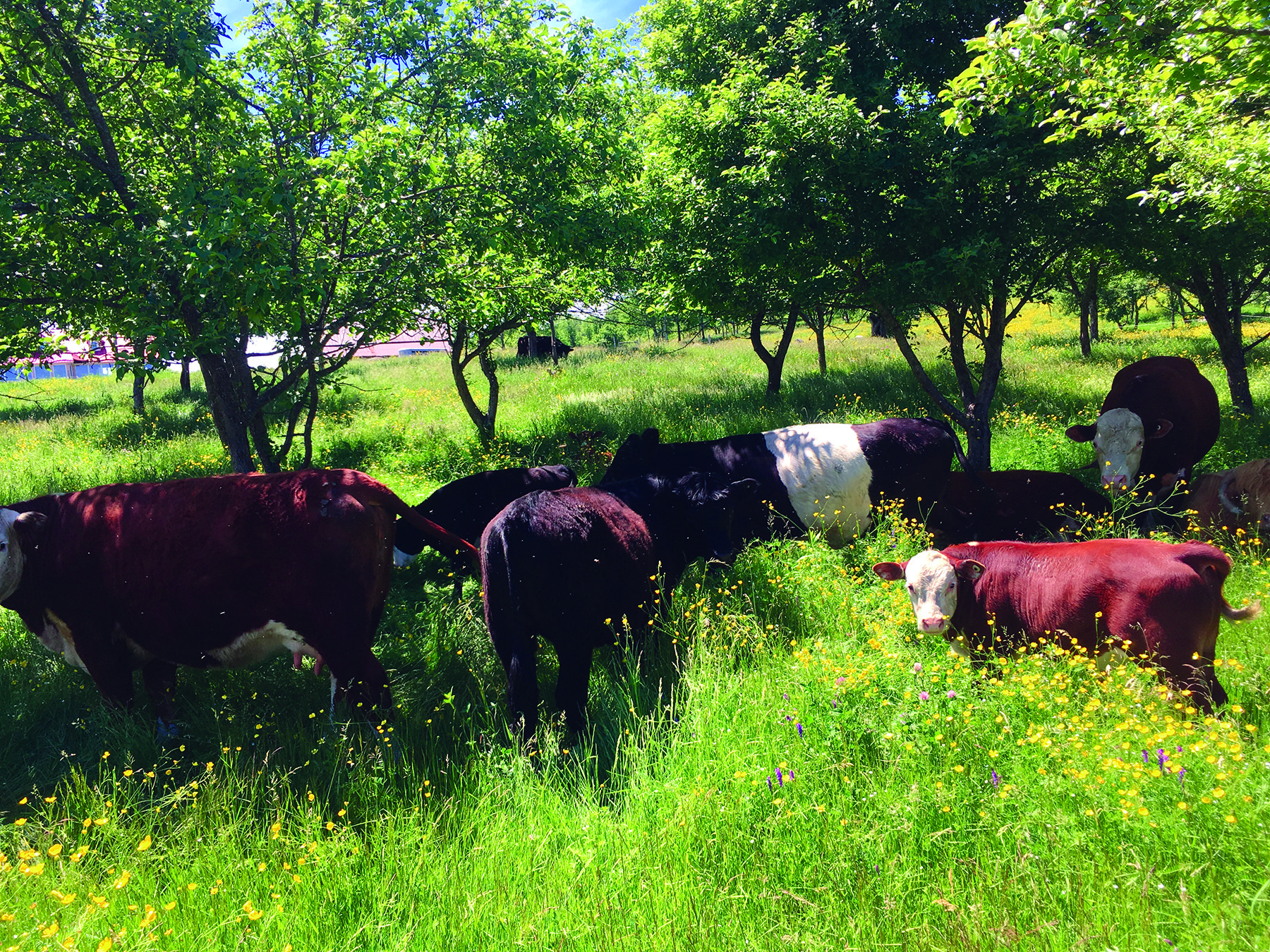 SILVOPASTURE IS A management system that combines trees with forages and livestock in the same field. This not only allows livestock to add woody nutrients, fruits and nuts to their diets, but can also reduce stress on animals by providing shade and shelter in the field. Photo / Joe Orefice

“People are starting to feel the effects of climate change, they want to diversify their income, and some of the state and federal barriers to adoption have been broken down over the last few years,” she said.

In addition to helping train farmers, she also continues to pursue more training herself.

In 2021 she participated in the USDA-sponsored Climate Adaptation Fellowship program, which was developed in part by researchers at the University of Vermont.

The program, which was held in Maine, partnered technical service providers like Giroux with farmers who had climate-related concerns.

Giroux came away with a refined climate assessment tool, which can help her farmers identify what’s happening on their farms, predict what will happen in the future and better understand the potential benefits of agroforestry. She also learned how to better communicate with those farmers about climate change in action-oriented ways, she said.

But as demand for these services increase, Giroux worries there won’t be enough people to provide them.

“I’ve been telling the USDA for five years that we’re going to have a bottleneck, and here we are with a bottleneck,” she said. From a provider standpoint the increased demand is “a good problem to have, but now we need more trained technical service providers.”

In addition to helping farmers, Giroux has also consulted for institutions such as Middlebury College.

“The New Perennials Project is a fantastic program,” Giroux said. “Very few liberal arts schools are really looking at agroforestry so it’s been great to see Middlebury show up and say, ‘Hey, what’s possible in our landscape?’”