Faith Gong: Back to all that 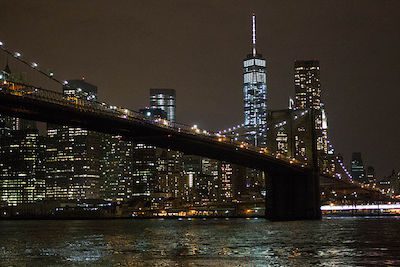 Faith Gong: Back to all that

In 1967, author Joan Didion published an essay called “Goodbye to All That,” in which she attempted to unravel the factors that led from her falling in love with New York City to “the moment it ended” eight years later, when she and her husband moved to Los Angeles.

In 2006, inspired by Didion’s essay, I wrote my own reflection on loving and leaving New York City. Like Didion, I spent the majority of my 20s in Manhattan. Seven years later, I was preparing to move with my husband to Berkeley, Calif., so that he could attend graduate school. And I was surprised to feel a sense of relief — urgency, even — upon leaving the city about which I’d once written, “Finally, I am home. New York City is where I belong.”

Reading my words alongside Joan Didion’s, it seems that we both reached the point at which New York City ceased to make us feel young and alive, and started to make us feel old and tired. For her, it was realizing that there was nobody new to meet; for me, it was the creeping gentrification that seemed to be erasing the city I’d moved to seven years before. Echoing Didion, I wrote, “[P]eople whom I might like to meet can no longer afford to live here.”

So I left, and I didn’t return for 16 years — not really. There was one weekend trip in 2008, when my husband and I brought our infant daughter to visit New York as part of an East Coast trip. We stayed with friends in Brooklyn, because by then almost everyone we’d known in Manhattan had moved to the outer boroughs. We found that navigating the city with a 6-month-old was an entirely different experience: less fun, more harrowing. When we visited those same Brooklyn friends in 2018, we set foot in Manhattan only to catch the ferry for Ellis Island. 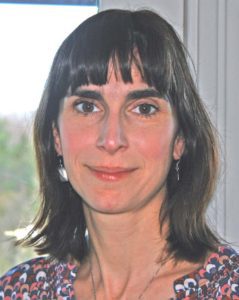 But it’s worth noting that about 20 years after she penned “Goodbye to All That,” Joan Didion moved back to New York City and remained there for the rest of her life.

Last week, I returned to New York City, too.

It’s my plan to take each of my children on a one-on-one weekend getaway when they turn 13 as a special coming-of-age experience; sort of like a walkabout, only with your mom. But when my eldest daughter turned 13 in 2020 the pandemic put our plans on hold…for a year and a half. This gave us plenty of time to discuss possibilities, and when travel looked like it would again be possible, we decided to spend three days of her spring vacation in New York City. We’d stay with friends in Queens, spend an entire day shopping in Manhattan (the shopping was her choice, not mine), and wrap it up with a Broadway performance of the musical “Six.”

I am astonished and delighted to tell you that that is exactly what happened. The pandemic has so inured us to cancelled plans that I don’t think either of us fully believed this trip would become reality until our feet hit New York pavement.

But in addition to the question of whether the trip would be possible, I had another concern: What would it be like to return to Manhattan after nearly two decades’ absence? Would the city have changed beyond all recognition, as it was threatening to do before I left? Would I be able to navigate the streets I’d once moved through with such confidence, with a 14-year-old in tow? I’ve been a country mouse for over a decade now, and the city that was my home now felt … intimidating.

It turned out that I needn’t have worried: New York was still the city I’d fallen in love with at 21, and it hadn’t changed as much as I’d expected. Memories came flooding back, and I treated my patient daughter to regular reminiscences: “I used to shop/eat/walk there!”, “That’s the park where your father surprised me for my birthday!”, “Down there is where I shared a studio with another artist, and I couldn’t leave paper out on my desk because the mice would eat it at night!”

Navigating the city was easy, although I gained a new appreciation for my smartphone. Is it even possible to live in this world anymore without a smartphone? All I know is that I relied on my phone for GPS, maps, Uber, and even finding a place to check our bags during the show through a service called “Luggage Hero.”

But in New York, I realized that my identity is more like a set of nesting dolls. That young woman who fell in love with New York? She’s still in there, alive and well. It turns out that I can be someone who lives close to the land in Vermont and also be someone who still loves shopping in New York City. How delightful that nothing has been lost, and how full of possibilities for the future.

And that 14-year-old girl who came with me this time? After some initial alarm over the abundant pigeons and squirrels in New York City parks (yes, she lives in the country, but those are city animals), she began to see the beauty in the city. As we walked through Times Square at night, she asked to stop for a moment and take it all in.

When we drove back to Queens after a full day in Manhattan, the skyline was lit up in all its splendor — the same skyline that first made me fall in love with New York. Racing through thousands of twinkling lights, my daughter asked to borrow my phone so that she could write something down and send it to herself. Here’s what she wrote: “Like all the stars had been stolen from the sky and were in the buildings instead.”

I think she’s got the bug.

Joan Didion wrote that she knew New York was really over when she no longer felt the need to keep the apartment she and her husband had kept there. Just weeks before this trip, my husband and I finally sold the small Manhattan apartment — the first home of our marriage — that we’d sublet for 16 years. And, while I’m not about to leave Vermont, when we returned from this trip I said to him, “Maybe we should’ve held on to that apartment after all.”