Climate Matters: Information and its roots 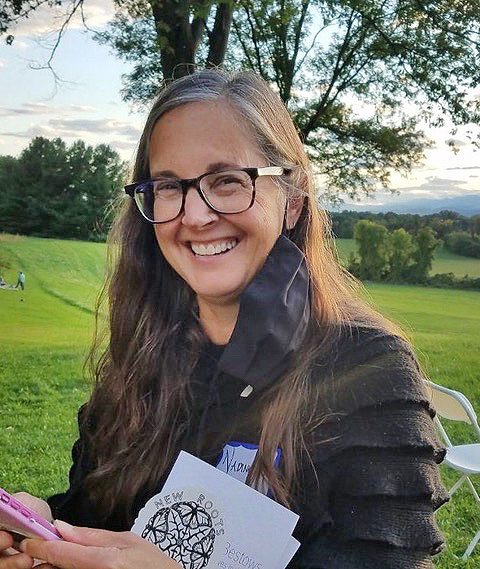 Climate Matters: Information and its roots

5th in a series

While it took me less than a minute to say yes to contributing to Climate Matters: Perspectives on Change, I am a reluctant columnist. I accepted this assignment because it is time. Time to share and attempt a similar path bravely taken by one of the greatest systems thinkers of our time, Donella Meadows (1941-2001).

Meadows resigned a professorship at MIT to become a newspaper columnist after a career in academia where she was notoriously famous for co-authoring the study and book, “The Limits to Growth.” The science behind “The Limits to Growth” posited that there was approximately 30 years left before planetary resources would be depleted. This conclusion was based on data created from groundbreaking computer modeling at MIT generated by Meadow and colleagues in the early 1970s. While 30 years proved not to be a precise timeline, the conclusion — that a global economy based on the extraction of natural resources is unsustainable — is inarguable today. Then, Meadows and her colleagues were subjected to a hostile backlash by the scientific establishment, which attempted to discredit their work.

For those of us still toiling to bring awareness to the same systemic problems, it is notable that Meadows and her colleagues were struck by the same curse we still wrestle with, the Cassandra Dilemma. The Cassandra Dilemma is the state of being a person whose valid warnings or concerns are disbelieved by others. The term originates in Greek mythology where the story goes that when Apollo was love-struck by Cassandra, a daughter of the King of Troy, he gave her the gift of prophecy. When she didn’t return the feelings, Apollo placed a curse on her such that no one believed her predictions and warnings of future events. Environmentalist Alan AtKisson wrote a 1999 book about this curse on the environmental movement.

The experience of being discredited forever changed Meadows. She lost faith in the Academy and saw the wielding of power in a whole new light. In time, she turned to where she believed she could have influence: she called it the Informationsphere. She writes: “A society that refuses to consider the idea that there are limits to growth is not going to bring forth a physical economy that fits within the constraints of the planet. A society that thinks there is an ‘away’ to throw things is going to find itself choking on its own waste. People who do not see [N]ature as the support base for all life, including their own, will destroy [N]ature and eventually themselves.”

Thus, she launched the new direction for her life’s work by writing a syndicated newspaper column. She created and shared 15 tenets to address cultural realities and constraints that prevent the human species from acknowledging patterns and practices that must be overcome or suffer the consequences. I devoured her weekly column, which was published from 1986 until her untimely death in 2001. I live and work by a similar tenet: We humans need to look carefully at our patterns and choices in order to stop depleting our natural resources through our extractive practices that poison us as we transform those resources into energy (food, fossil fuels, and so on) and material goods. We are insatiable — driven by our consumptive ways that are ruled by a cultural story of scarcity. In no way do I claim to be free of this same lifestyle.

In my 30-plus years studying, practicing and teaching about environmental issues in the context of the Informationsphere, my interdisciplinary social science training (I have two degrees in Communications studying the social impact of mass media aka the Informationsphere) is rooted in the following ideas: We obtain our stories (information) from many sources (modes) and the stories themselves come in codes with multiple meanings encoded by a creator and de-coded by a receiver. Meanings emerge from contexts we typically cannot see, but that we co-create as our dominant social paradigm. This culture — the water in which we swim — forms and holds our worldviews. In most cases it is manufactured for us by the same people/institutions who wish to extract our attention and sell it, as if our attention and money are infinite resources. They are not.

Nadine Canter has spent more than three decades studying and working on environmental issues as a community organizer, cultural translator and storyteller. She has produced hundreds of Informationsphere products, including: websites; print, radio and television ads; maps; white papers; annual reports; and more for private- and public-sector clients. To learn more: wooddragonadvising.org.