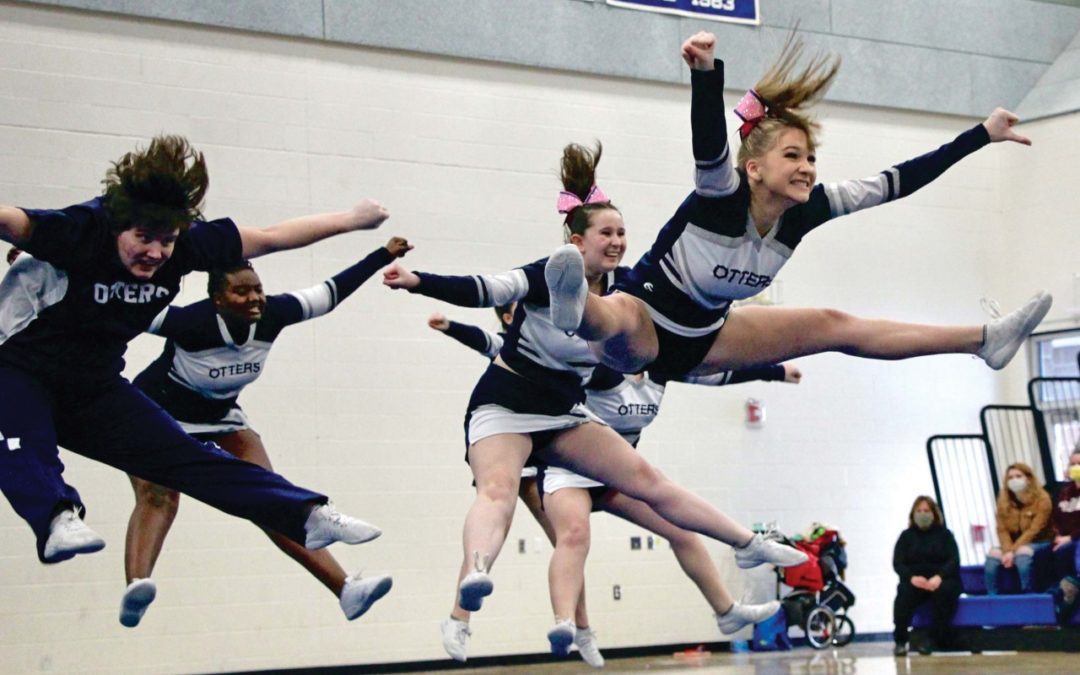 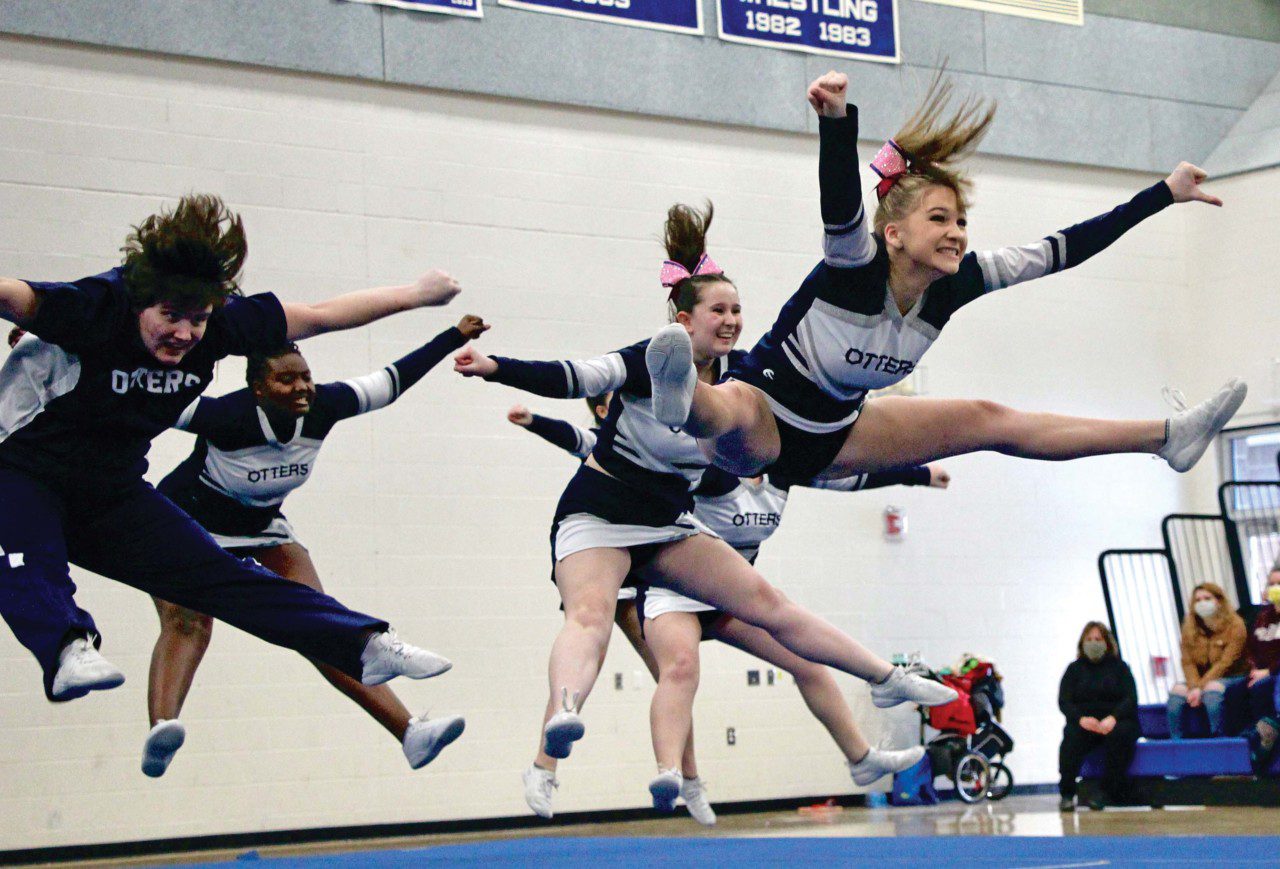 THE OV CHEER team catches air together during the state championship competition at VUHS. The Otters were fourth in Division I. Independent photo/Steve James 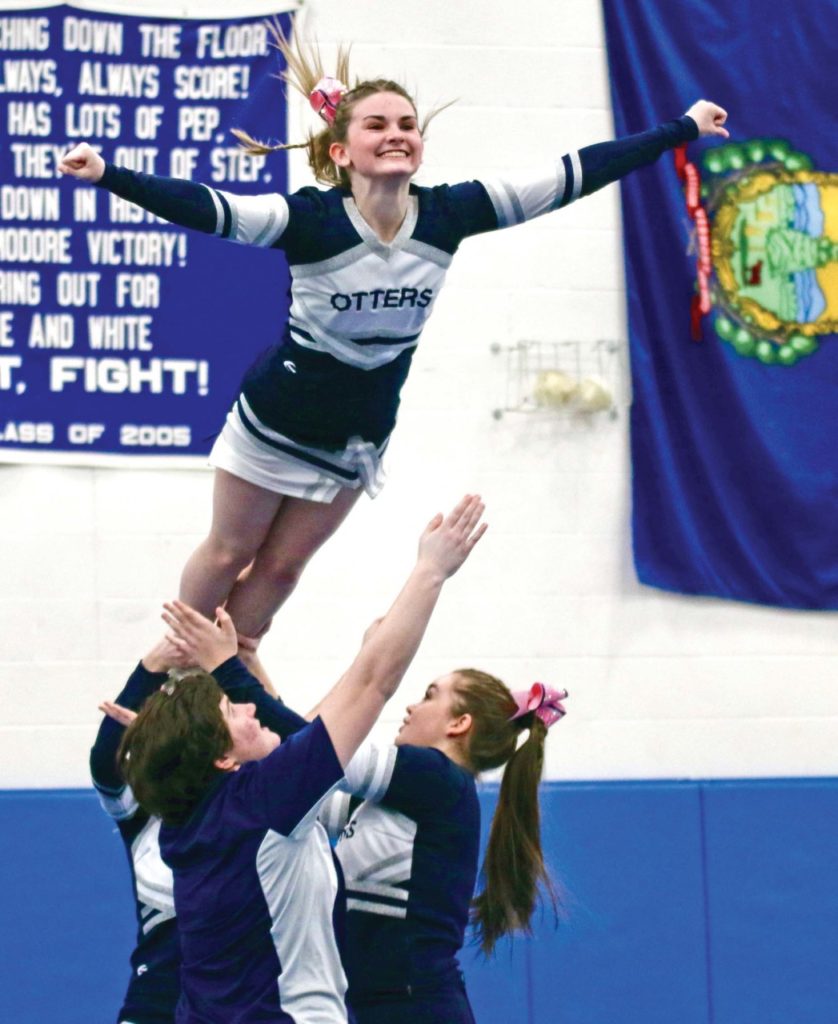 OTTER CHEERLEADER BROOKELYN Kimball looks like she is about to launch with the help of her teammates, but in fact they are about to catch her during a routine on Saturday at the state championship cheer competition at VUHS.
Independent photo/Steve James

VERGENNES — The Otter Valley and Vergennes cheer teams took to the floor on Saturday for the annual Vermont competition, which the Commodores hosted in a packed Vergennes Union High School gymnasium.

The Otter cheerleaders finished fourth out of six teams in Division I, and the Commodore cheer squad was seventh in the 10-team Division II.

Teams’ divisions in cheerleading are determined by the number of their members and not by overall student count, as is the case in most other competitive multi-division activities sanctioned by the Vermont Principals’ Association.

Perennial champions prevailed in each division. In D-I, the Rutland cheer squad won its eighth straight Vermont title, and in D-II Mill River won for the fifth consecutive time.

Teams earning scores of 150 or higher in any competition during the season qualified for the New England championships on March 19 in Connecticut. 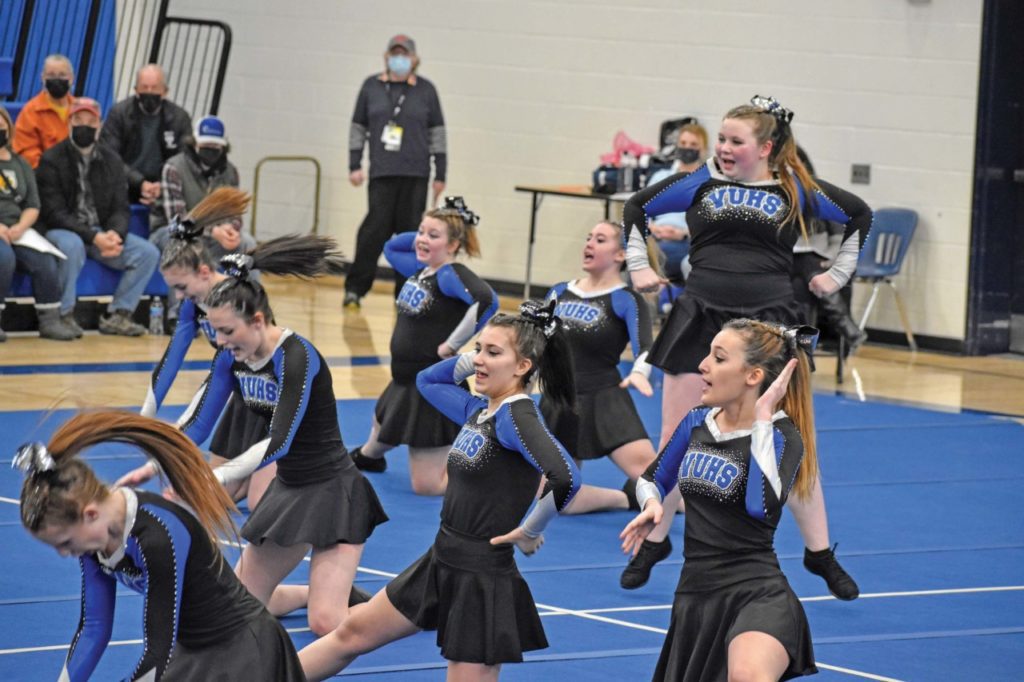 THE VUHS CHEER team performs during the floor portion of its routine during Saturday’s state championship competition, which the Commodores hosted.
Photo courtesy of Melissa Muzzy 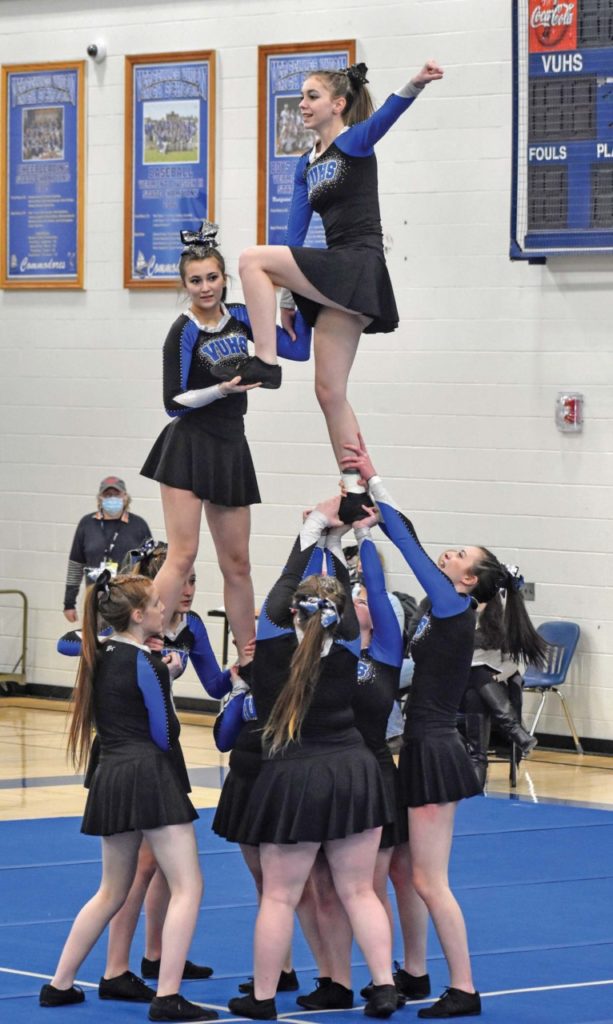 THE VUHS CHEERLEADERS perform a stunt Saturday during their performance at the state championship competition, which the Commodores hosted in the VUHS gymnasium.
Photo courtesy of Melissa Muzzy 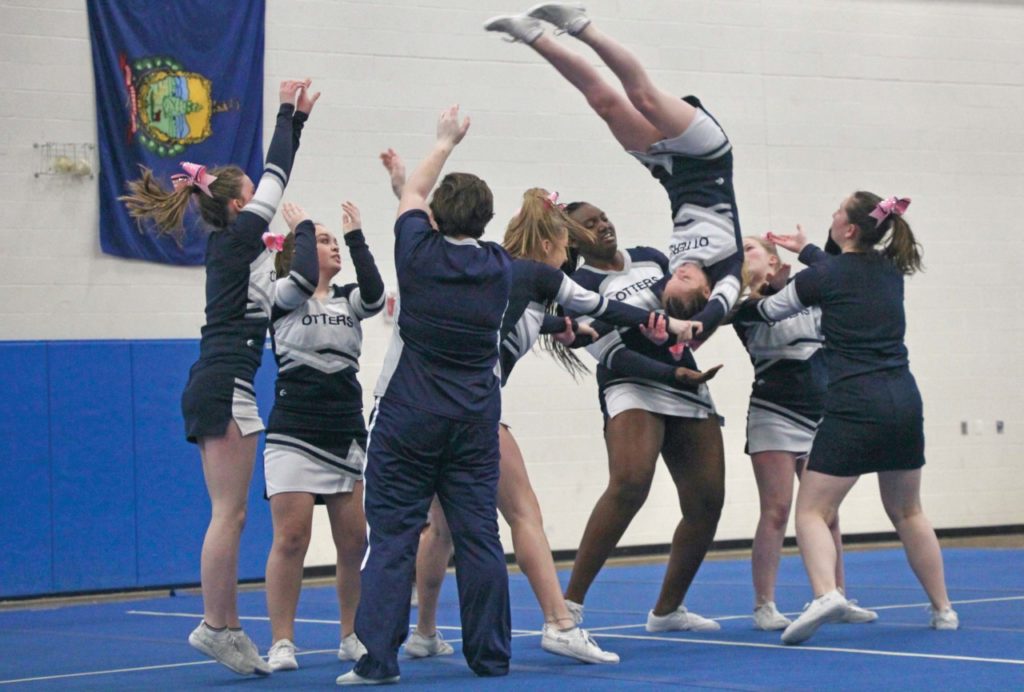 AN OV CHEERLEADER lands safely in the grasp of her teammates after performing a stunt during Saturday’s state championship competition at VUHS.
Independent photo/Steve James