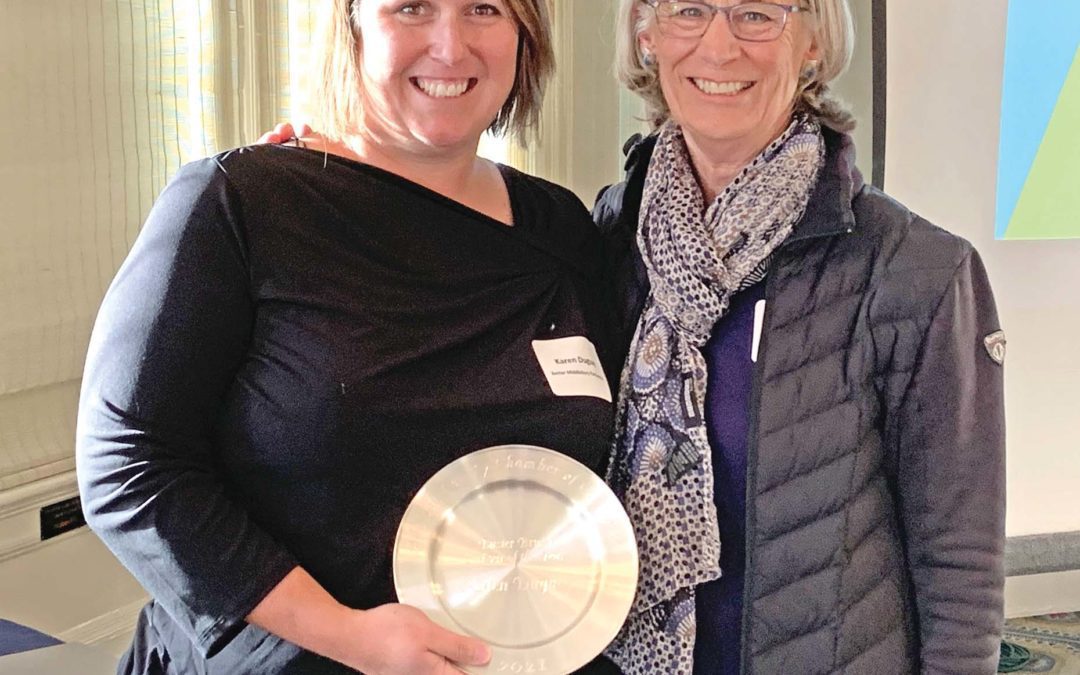 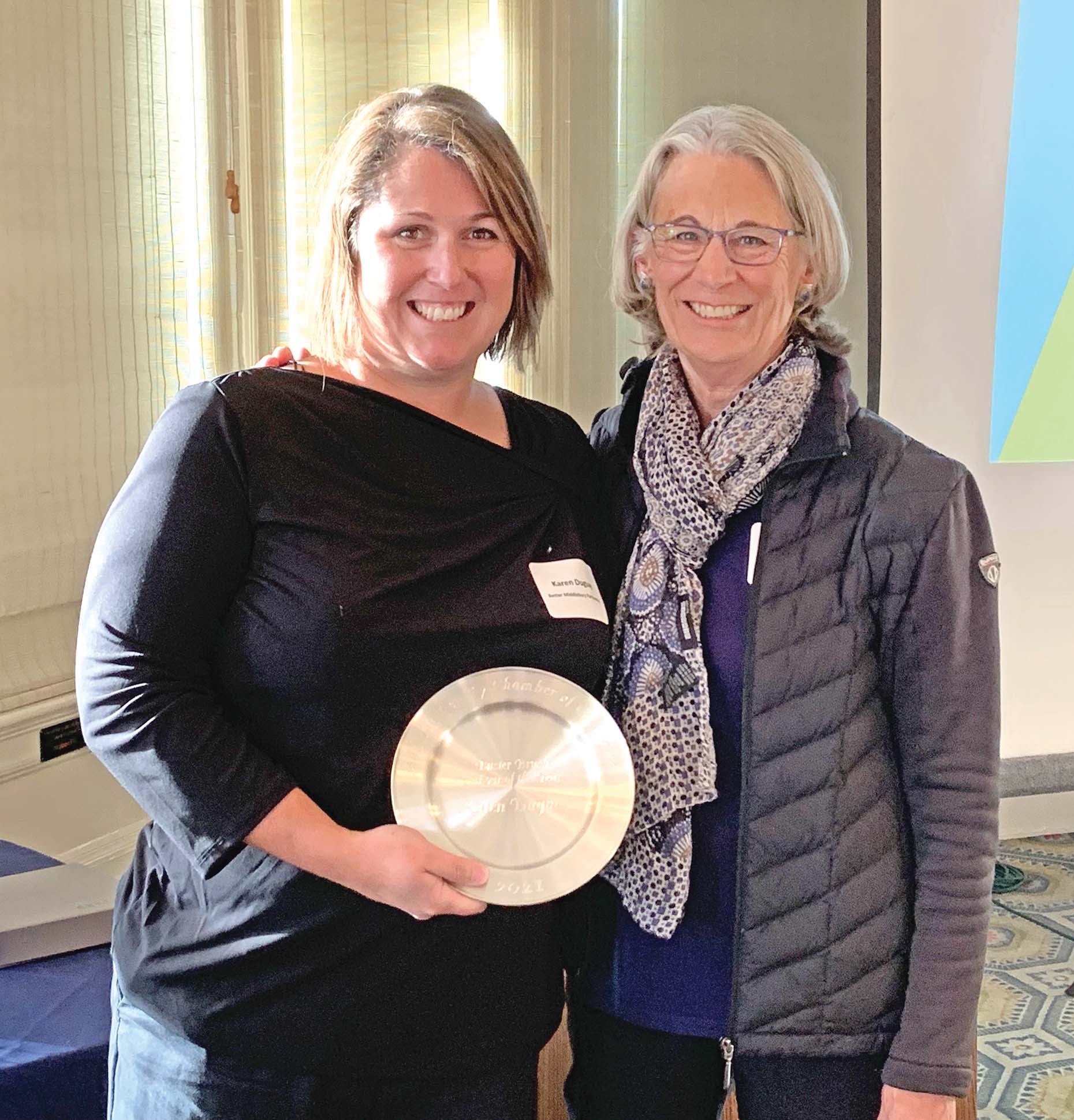 MIDDLEBURY — It began modestly five years ago through St. Stephen’s Episcopal Church: A grassroots effort to lessen the anticipated impacts of a $72 million tunnel construction project that would soon envelop downtown Middlebury.

Now that the tunnel project is done, one can say the efforts of the citizens’ group Neighbors, Together were anything but modest. It successfully recruited dozens of stakeholders and volunteers who created and implemented scores of programs that steered commerce to cash-strapped businesses and helped locals and tourists navigate an at-times barricaded and pock-marked landscape.

“I don’t think (the Vermont Agency of Transportation) had any idea we would pull this off,” said Nancy Malcolm, who co-chaired Neighbors, Together (NT) with Linda Horn.

“They trusted us, and we took that trust.”

A final report from the volunteer organization shows that when the construction dust settled, NT had:

The keys for success, according to Better Middlebury Partnership Executive Director Karen Duguay, included getting community stakeholders invested in the NT effort, and having a paid administrator to coordinate messaging and activities. Duguay served in the part-time administrator’s role — around 15 hours a week.

“You can only expect so much from volunteers,” explained Duguay. “I think it’s really important to have the accountability there of someone who’s saying, ‘I’m responsible for seeing this through, and I’m being paid to do that.’”

It also helped that Duguay was spending the balance of her workweek on BMP matters, which dovetailed nicely with NT priorities.

“At the end of the day, it worked out fine to have that cohesion,” she said.

But there were bumps and potholes along the way — including a major, unexpected headache from COVID-19.

Indeed, communities girding for major construction projects in the future probably won’t face the extra challenge that Middlebury faced during its tunnel tribulations: a worldwide pandemic. So NT had to suddenly scrap a bunch of program ideas early on because of social distancing mandates driven by COVID-19.

“There was no blueprint for us,” Duguay said of the COVID curveball. “We were creating it as we went.”

Malcolm recalled spending a lot of time getting a handle on downtown parking, knowing many spaces would be temporarily lost to construction. She worked with Tri-Valley Transit to establish a shuttle bus system in anticipation of shoppers needing to park farther away from stores. In the end, many of those stores closed for several weeks or limited hours due to COVID.

“It was like, ‘Are you kidding me?’” she said of her frustration.

So NT learned to be nimble in allocating resources and revising programs.

Further complicating matters was that NT officials learned that none of the VTrans grant money could be used for COVID-related programs.

“(But) almost everything became a COVID-related thing,” Duguay lamented. “It was so hard working within those parameters last summer. Everything had to pass the straight-faced test: ‘Can you say this (program) would have happened, regardless?’”

Fortunately, many programs on the NT list — including Middlebury Money giveaways and various downtown promotions — had already been conducted in 2018 and 2019, and could thus pass the non-COVID test, according to Malcolm.

Some of Duguay’s and Malcolm’s favorites included:

“It morphed into the community supporting local businesses,” Malcolm said.

“There were so many touch points around that one event that created feeling of engagement and investment back into the community,” Duguay said.

Ultimately, the pandemic’s timing proved a double-edged sword, according to NT officials. It made more severe the dearth of customers downtown merchants had anticipated. But at the same time, COVID relief funding — including grants from a new local charity called “Table 21” — helped limit lost revenues.

“Our businesses would have likely suffered the same — maybe a little bit less — with just the downtown construction, as opposed to the one-two punch,” Duguay said. “I think having money available for direct financial assistance to these businesses actually softened the blow a little.”

The success of NT has prompted some to call for it to remain active to tackle other community challenges. But Malcolm and Duguay don’t believe that’s a good idea.

Duguay believes one of the keys to NT’s success was that its mission had a beginning, middle and end.

“We really stuck to it and built up a box around our activities to keep them focused,” she said. “At no point did the people involved think that this was going to morph into something else down the road.”

Organizers are instead happy to see new volunteer groups emerge to take on other specific tasks.

“We’re done,” Malcolm said of NT. “We had a mission and we followed it all the way through — which was to mitigate the negative effects of the rail and bridge project. That project is done. We had a lot of busy, dedicated stakeholders. Everyone put in their time, it was appreciated, and we don’t want to overstay our welcome.”

That said, NT officials believe their programming and strategies could be replicated in other communities contending with lengthy, disruptive infrastructure projects. Duguay and Malcolm acknowledged having learned much from the experiences of Barre and Bennington, which staged their own programs to help citizens and businesses weather massive construction projects.

Both Malcolm and Duguay are thrilled with the results of the tunnel project. One of the highlights, for them, is the new plaza created at Triangle Park, between St. Stephen’s Episcopal Church and Merchants Row.

“I can’t describe how happy I feel going downtown and seeing all the people on the plaza — having a cup of coffee, chatting with each other,” said Duguay, who’s also gratified to see long-vacant storefronts filled.

“That was what we were working toward — bringing that vitality and energy back into the downtown.”

It’s a far different and improved landscape than when NT first formed.

“It’s turned out better than I ever anticipated,” Malcolm said.

Middlebury selectboard Chairman Brian Carpenter said the community owes a debt of gratitude to Neighbors, Together.

“The transformative downtown bridge and rail project that we just completed would have felt different without the volunteerism, spirit of cooperation, and focus on our downtown businesses that Neighbors, Together carried the torch for,” he said. “The positive synergies of all parties working together they helped energize were remarkable.”