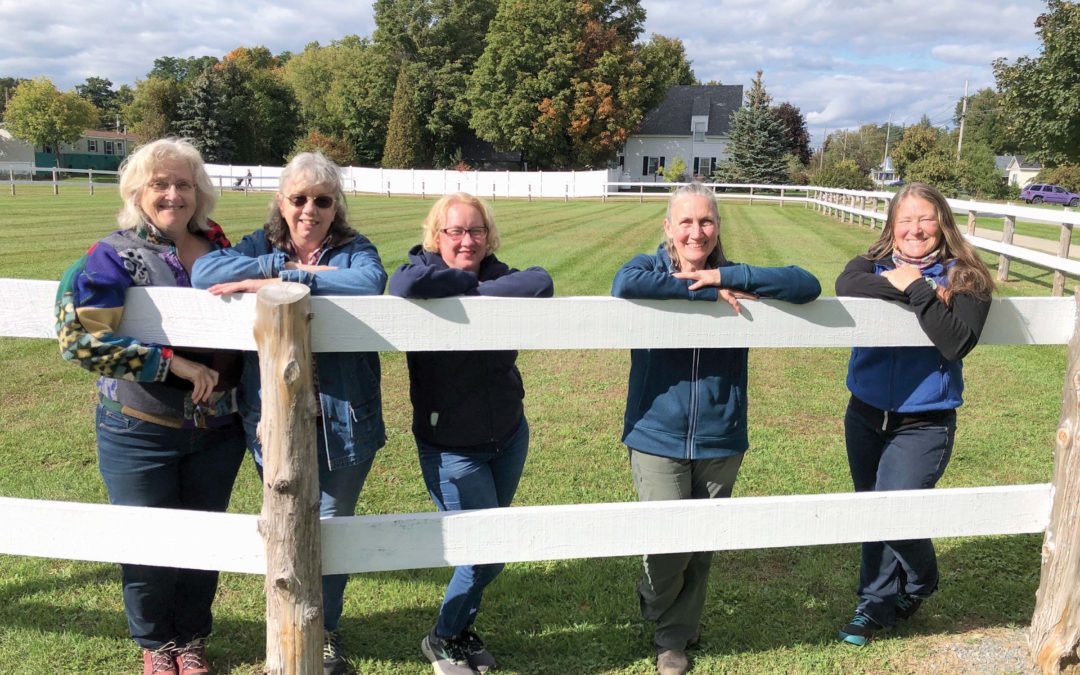 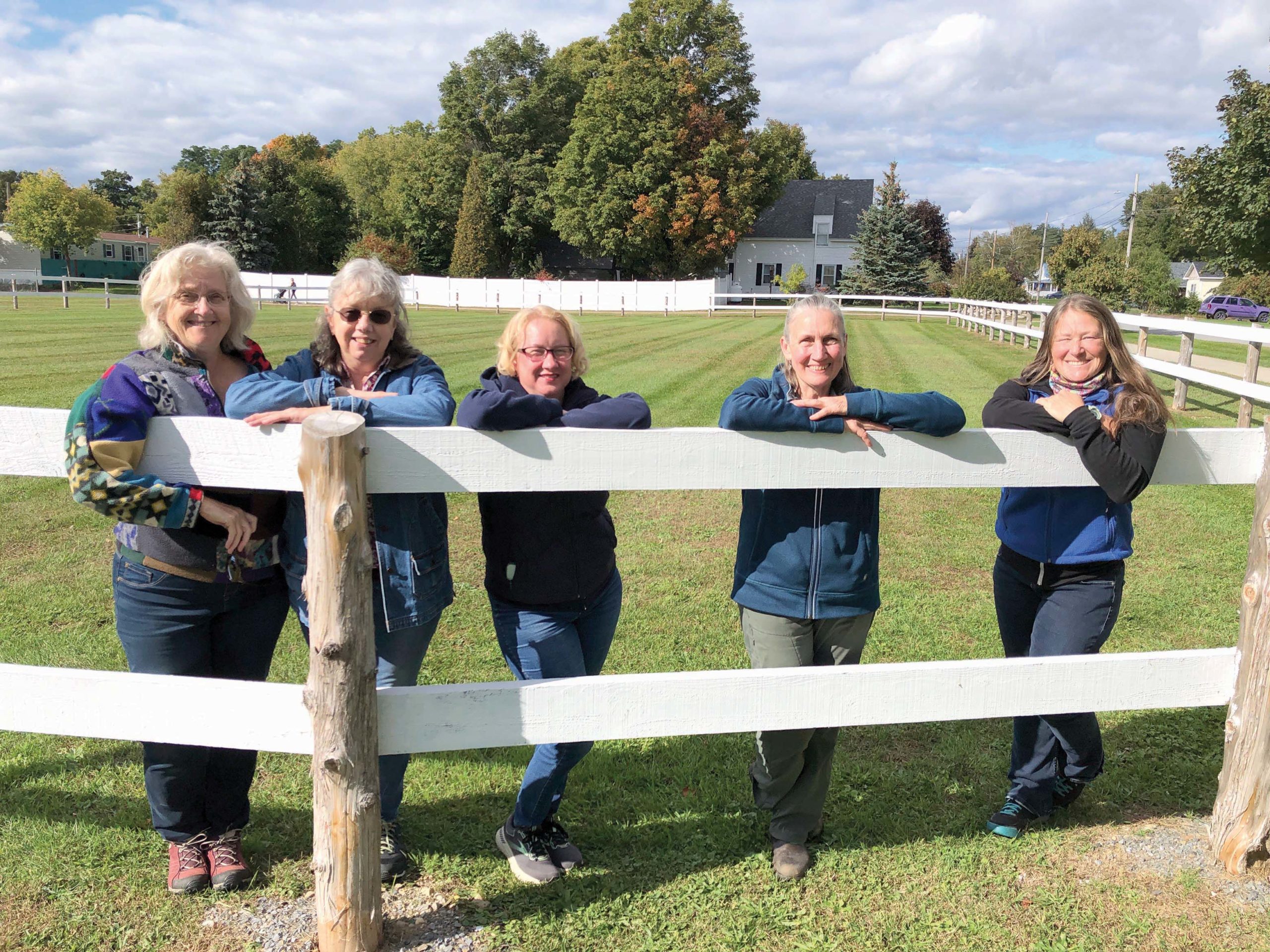 BRISTOL — On Sept. 30, 1958, during the Bristol Riding Club Horse Show and Gymkhana, a pony named “Thunder,” ridden by Norman Booska, suddenly collapsed in the ring.

Soon enough, however, “someone who knew the magic word whispered it in the pony’s ear and he arose, shook himself, and was led from the enclosure.”

Thunder, it turned out, “had been taught to play ‘dead’ and had learned to turn the trick to his own advantage whenever he became tired of being ridden.”

For those unfamiliar with Bristol’s illustrious horse history, it may be hard to decide which is more astonishing: ol’ Thunder’s wily trick … or the fact that 1,000 people attended the show.

Those who do know their Bristol horse history — and those who helped make it — will know that by 1958, such attendance numbers weren’t terribly surprising.

It has been with these glory days in mind — and so much more — that a group called the Equine Heritage Herd, in partnership with the Bristol Recreation Department, has organized the first annual Bristol Horse Day, which will take place this Saturday, Oct. 9, from 10 a.m. to 3 p.m.

BRISTOL RESIDENT AND legendary horse trainer Juna Perlee (third from left) was a driving force in the town’s equine culture from the 1950s onward, inspiring many local kids to learn to ride and show horses themselves. This Saturday, Perlee will be fondly remembered at the first annual Bristol Horse Day. Photo courtesy of Elissa Cobb

“This is going to be a demo day and an educational showcase,” said Malzac, a local horse trainer who helped spearhead last year’s Horse Ring rebuilding campaign.

Scheduled demos will include a Morgan Horse, an American Quarter Horse, a barrel horse, an obstacle course with a variety of breeds, and two Icelandic ponies, McFarland said.

During the demos, an announcer will provide information about the riders and the breed of horse in the ring.

In between demos, Cobb added, the announcer will tell old stories about Bristol horse culture.

For the little ones there will be a hobby horse race — ponies on sticks, that is — and prizes.

There will also be refreshments and a used-tack sale.

The Equine Heritage Herd does not expect attendance to reach into the four digits on Saturday, but they do look forward to sharing their passion, skills and memories with a new generation of horse enthusiasts.

“It’s our dream that 20 kids will come, and at the end of the day they will want to buy a horse and learn how to ride,” Cobb said.

Back in the day, Elissa Cobb (Maranville), Lynda Malzac (Fillion), Clair Cyr (Jipner), along with Anne and Robin D’Avignon, and Fawn Perlee (Pilon), were part of what was known as the Liberty Street crew — neighborhood kids who grew up in the vicinity — and under the spell — of Hill’s grandmother, the legendary horse trainer Juna Perlee.

“We rode anywhere and everywhere all day long,” Malzac said.

“More than we went to school,” Cobb added.

“It was our outlet,” Cyr said.

In those days, before Mount Abraham Union High School had been built, Airport Drive led to an actual airport, with a field the Liberty Street crew used to ride on.

“When we would see a plane coming we had to get the hell out of there,” Cobb said.

“Why?” asked the Independent. “Because it would scare the horses?”

“Or land on them!” Cobb said, laughing. 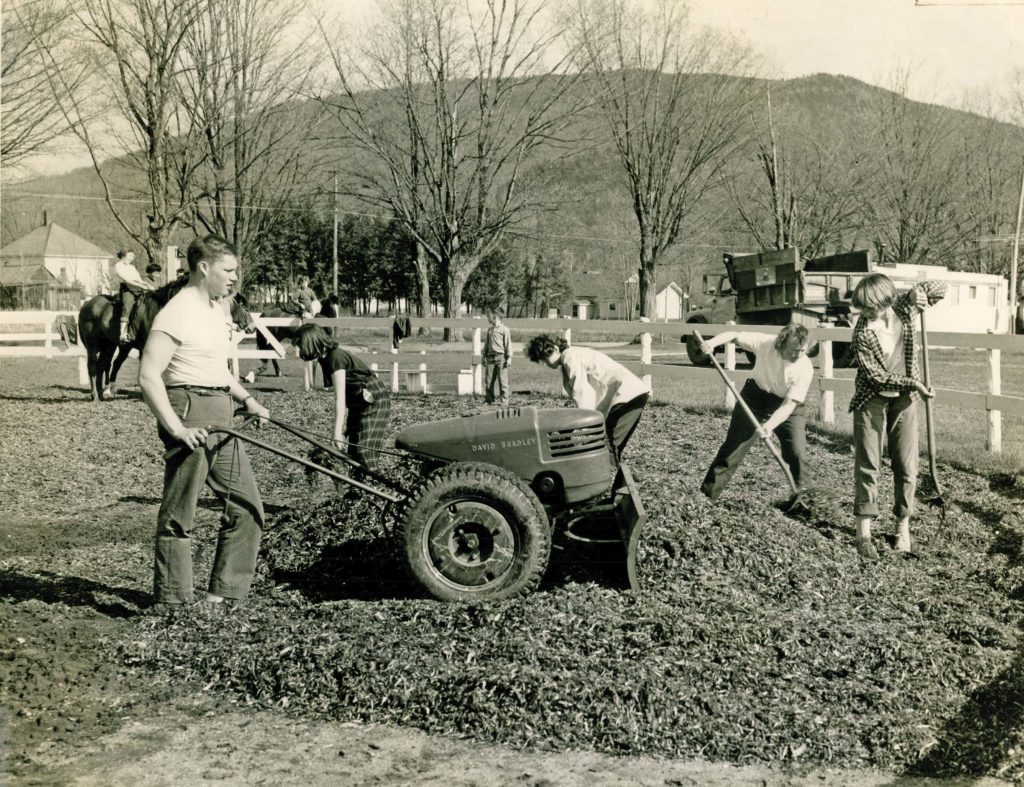 THE BRISTOL HORSE Ring on Liberty Street, which was first constructed in 1956 and subsequently rebuilt four times — most recently in June 2020 — served for decades as the centerpiece of the town’s horse riding culture, and shows organized by the Bristol Riding Club in the early years would draw as many as 1,000 spectators. Photo courtesy of Elissa Cobb

“It’s really cool that one woman in Bristol started this for so many of us, and then it spread through us,” she said.

Juna Perlee was a powerful influence not only in the neighborhood, but also in the horse ring, Malzac said.

“The first thing Juna taught us was the command ‘whoa,’” she recalled.

Even if it was rattled, a properly trained horse upon hearing that command would stop whatever it was doing and drop.

And without a doubt, Perlee trained her horses properly.

One time, Malzac said, “there were a bunch of horses in the ring and one of them was acting up.”

Perlee, who was outside the ring, noticed, and she shouted “Whoa!”

“And every single horse in the ring dropped,” Malzac said. “They’d all been trained by Juna.”

Perlee’s students weren’t always so cooperative, however, even the ones in her own family.

“She was my very first trainer,” Hill said of her grandmother. She shook her head. “We were not well-behaved girls.”

These days, however, Hill and her nieces Hailey and Brooke Perlee — Juna’s great-grandchildren — are doing their family proud and proving to be skillful show trainers, illustrated in their impressive annual showings at the Grand National & World Championship Morgan Horse Show in Oklahoma City.

But such skills and knowledge won’t be needed to enjoy Bristol Horse Day this Saturday.

“Our goal is to inspire and educate,” Malzac said. “And to celebrate horse people and their lives.”