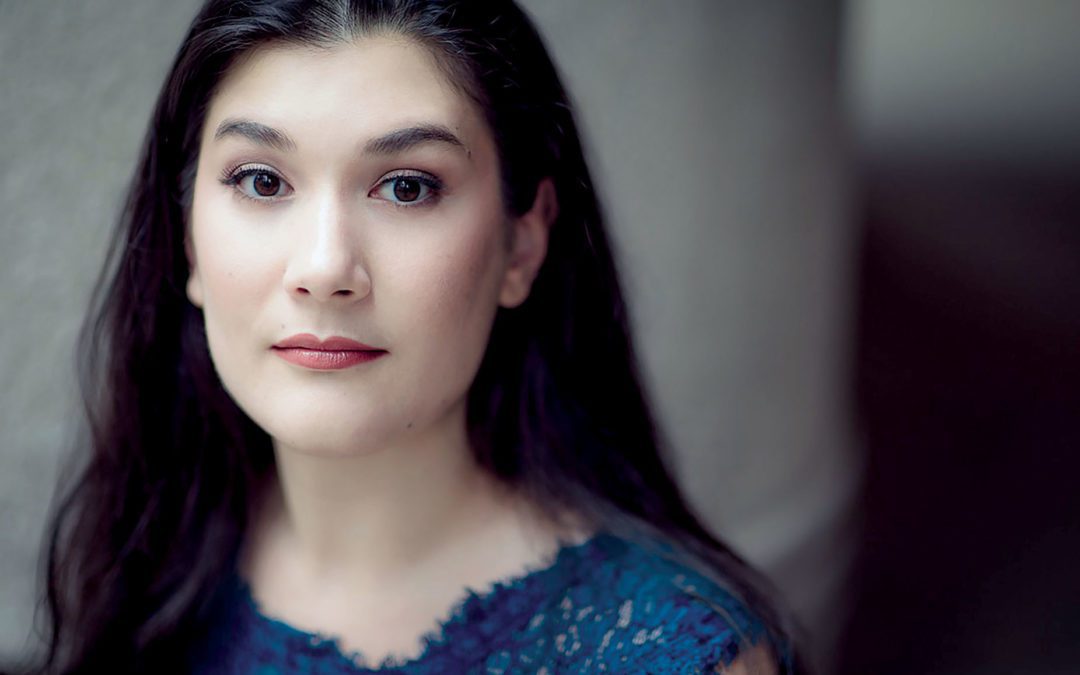 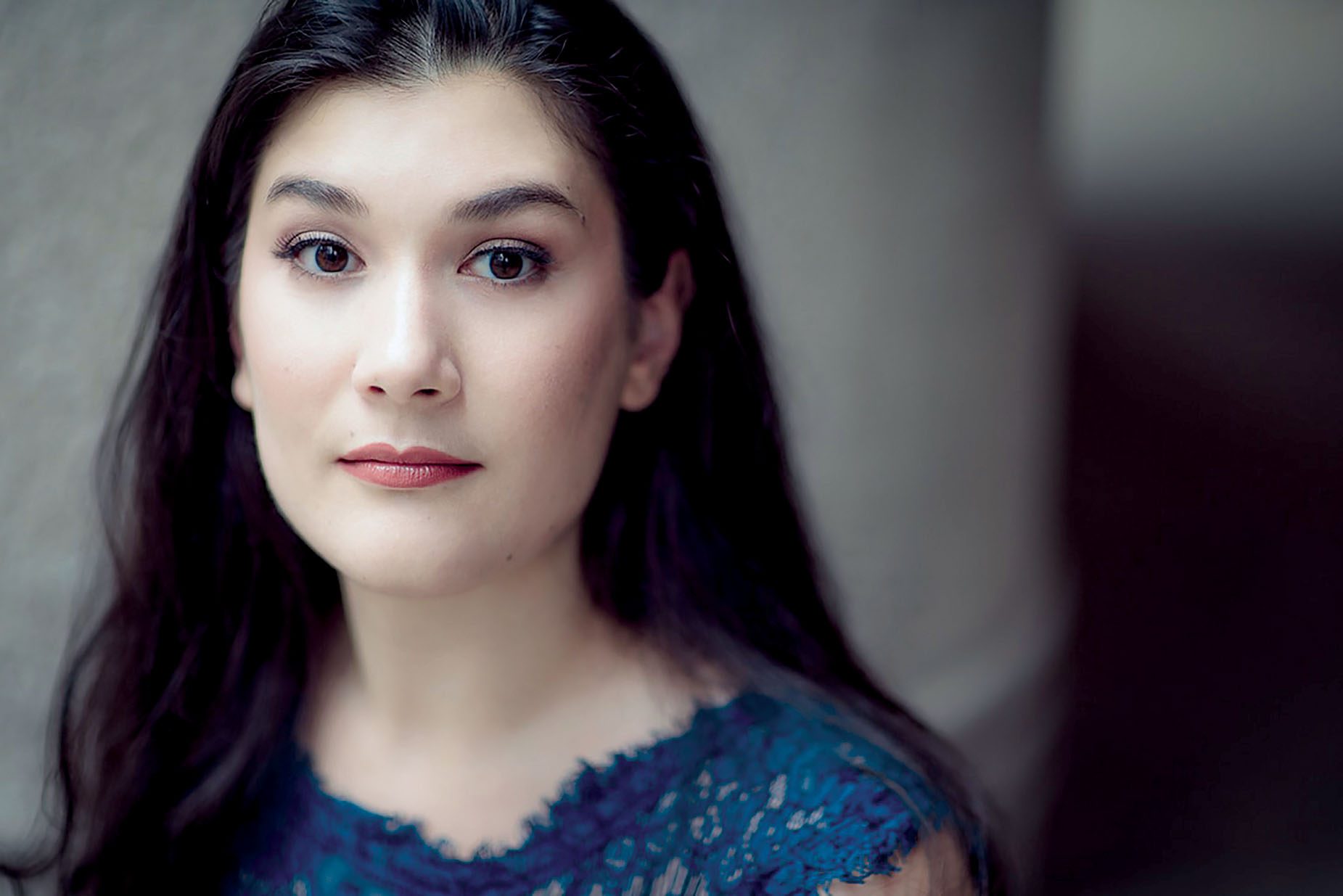 ANNIE ROSEN PLAYS Joan of Arc in Opera Company of Middlebury’s upcoming production of Tchaikovsky’s “The Maid of Orleans,” which will take the stage at the Town Hall Theater Oct. 1, 3, 7 and 9. Photo by Simon Pauly
By Elsie Lynn Parini

Tchaikovsky called it “my masterpiece,” and yet his opera about Joan of Arc has virtually disappeared since its debut in 1881.

“Epic is the best word for this score,” explained Opera Company of Middlebury’s music director Michael Sakir. “This is balls to the walls, in your face and aggressive, with huge voices competing with each other on stage… This production is so rarely performed because of the level of talent needed. It takes incredible stamina.”

But OCM isn’t intimidated. Nope, quite the opposite. The local opera company is rehearsing now for the opening of “The Maid of Orleans” on Oct. 1, at Middlebury’s Town Hall Theater. The French-Grand-Opera style production will be sung in Russian with English subtitles.

“This may be the first full production of this magnificent opera in New England,” said director Douglas Anderson. “It’s a once-in-a-lifetime opportunity for opera lovers… It’s in the tradition of Grand French Opera with big choruses, big sets and a big orchestra. The fact that very few people do this show stunned me.”

Anderson suggested this show in 2019 and it took a “little convincing” before the board of the OCM was ready to take on a show of this scale.

“Every opera presents certain challenges,” Anderson said simply. “The fun of it is how you’re going to get around those challenges… Of course, we’ve been doing that here at Town Hall Theater for nearly 20 years.” 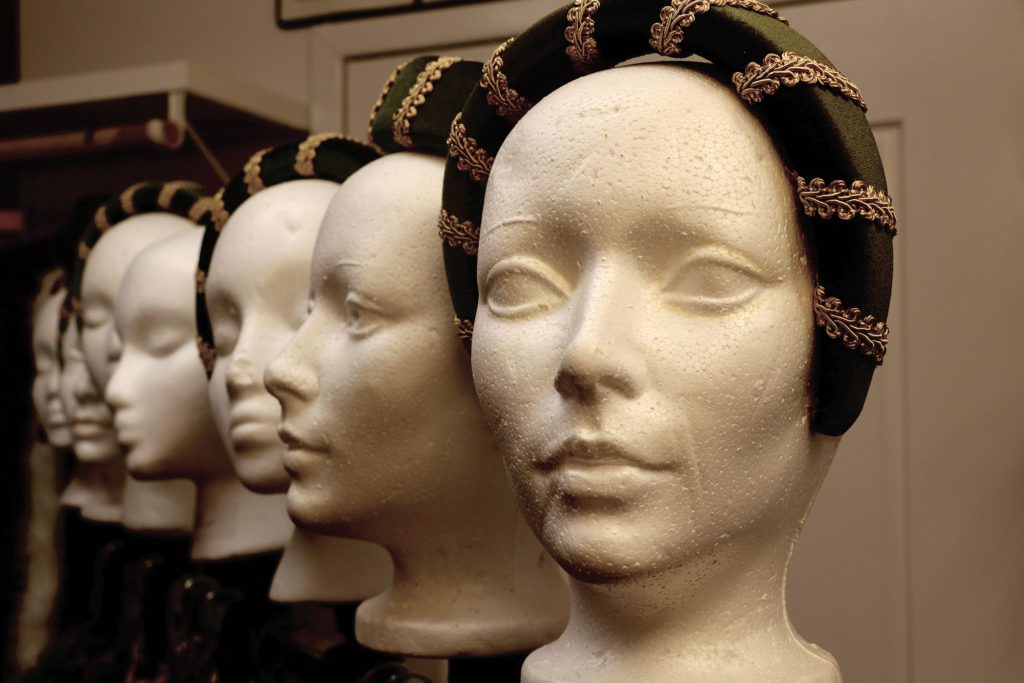 NO DETAILS HAVE been spared for the Opera Company of Middlebury’s production of “The Maid of Orleans” beginning Oct. 1. Independent photo/Steve James

“We were looking for our Joan of Arc,” said Anderson. “I wanted to see vulnerability and fragility; someone who had a huge voice but was also rather diminutive. The remarkable thing about the myth of Joan of Arc is that she was a teenager, and I really wanted to play it that way… What if a 19-year-old were taken over by the Divine? A kid who grows into their authority and has the ability to stand toe-to-toe with all the men… I had a very particular vision in mind and we didn’t find it in New York. We despaired actually.”

“Annie is one of the most intelligent, thoughtful, empathetic creatures that I have ever met,” said Sakir, who had worked with Rosen in 2014 at The Santa Fe Opera. “Since then, her reputation, credentials and voice have grown so much.”

Rosen made her debut in 2019 at The Metropolitan Opera as Ankhesenpaaten in Philip Glass’ opera “Akhnaten.” She also debuted with the Calgary Opera and has appeared in concert at Carnegie Hall and the Chicago Symphony Orchestra Hall.

“The MET debut was a dream come true,” Rosen said in an interview earlier this week. “I’ve been singing for my whole life, decided to pursue it professionally and I’ve been incredibly lucky.”

Not so lucky was the abrupt halt the pandemic put on live theater.

“March 13, 2020, me and all of my colleges lost a year of scheduled, paying work — it vanished overnight,” she said. “We were all totally unemployed and didn’t know when live theater was going to come back and in what form. It was really difficult.”

But this is show biz, and show biz is never easy.

“Like any singer, there are a ton of ups and downs,” Rosen said. “Things are different as we come back, but we are still overjoyed to be back in the theater.” 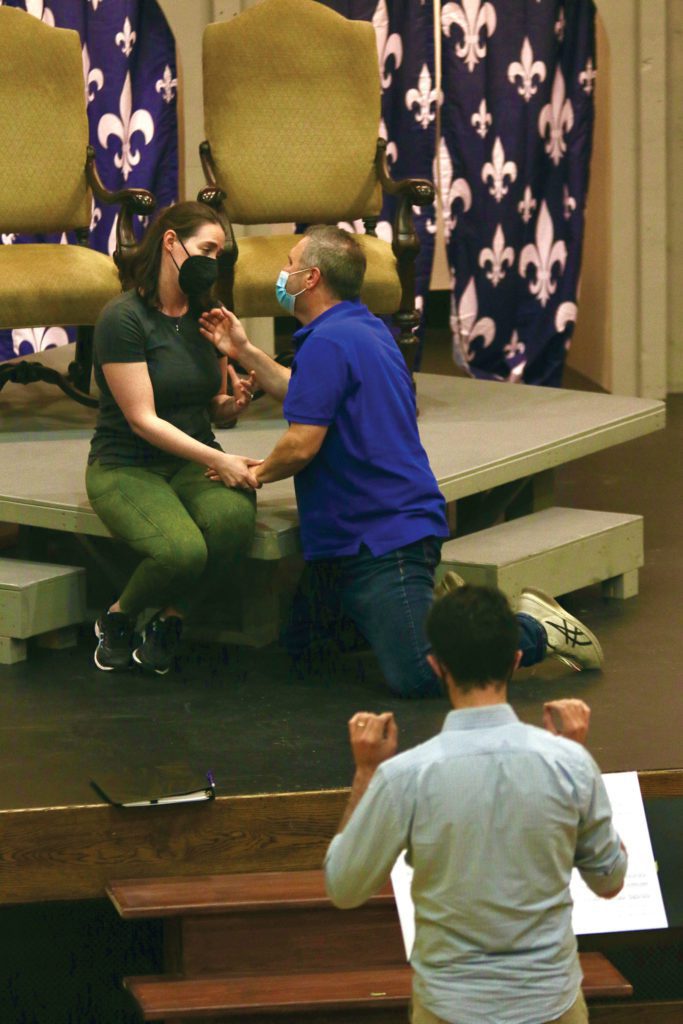 MEREDITH LUSTIG, AS Agnes Sorel, and James Flora as King Charles IV of France rehearse a scene from “The Maid of Orleans” while Maestro Michael Sakir conducts. The opera will take the stage at Town Hall Theater in Middlebury beginning Oct. 1. Independent photo/Steve James

Joining Rosen (who sings mezzo soprano in the role of Joan of Arc) are tenor James Flora as King Charles VII and soprano Meredith Lustig singing the role of Agnes Sorel.

“We’re thrilled to have artists of this caliber in these demanding roles,” Anderson said.

“The company gets singers that are remarkably talented for such a small rural opera company,” echoed Sakir, who will conduct the newly commissioned score with a 25-piece orchestra for this production. “These are world-class voices that can fill huge auditoriums, and they’re here, gracing Vermont at the Town Hall Theater.”

Sure, Town Hall Theater’s not the Met, but it’s charming in its own way.

“I actually really, really love venues like this,” said Rosen, who grew up in New England, but calls Chicago home now. “You’re right up close and personal with the audience; a real connection is possible. Sure the Met is a spectacle, and yes, it’s really exciting, but it doesn’t match the experience of Town Hall Theater, which is something I really treasure. It’s nice to see people’s faces.”

Yes, it’s nice to be together in person, period. Plus, it’s pretty fun when you show up for a role that plunges you into a sword fighting lesson and armor fittings.

This will be the first live production from OCM since 2019’s “Tosca.” The company is working diligently to be able to bring this show safely to a live audience. All rehearsals are in masks, everyone is vaccinated, everyone gets weekly tests and outings to restaurants, bars, gyms and the like are restricted.

“We cannot wait to perform in front of a live audience, and we are using the utmost caution to ensure our audiences and singers feel safe in the theater,” said executive producer Mary Longey.

“The first day I tried singing in my mask I kept inhaling it and spitting it back out,” Rosen admitted, stressing she’s not complaining and is happy to take precautions. “There’s just a learning curve to singing with a mask on.”

But not to worry, the masks will come off for all the performances so audiences can experience the full magnitude of Tchaikovsky’s “masterpiece.”