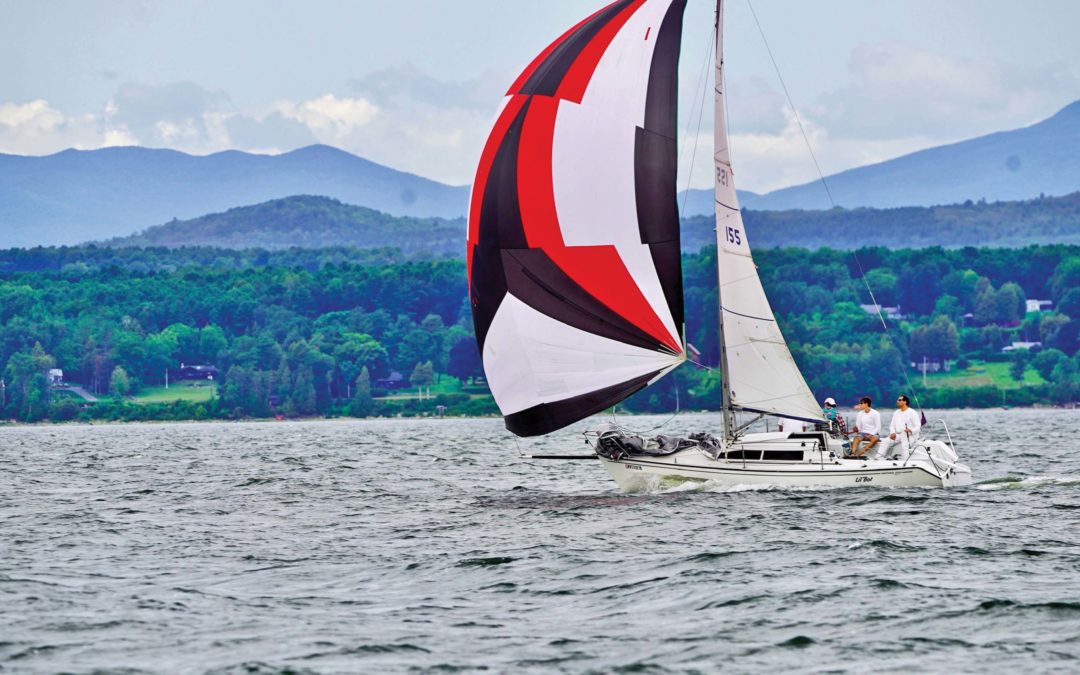 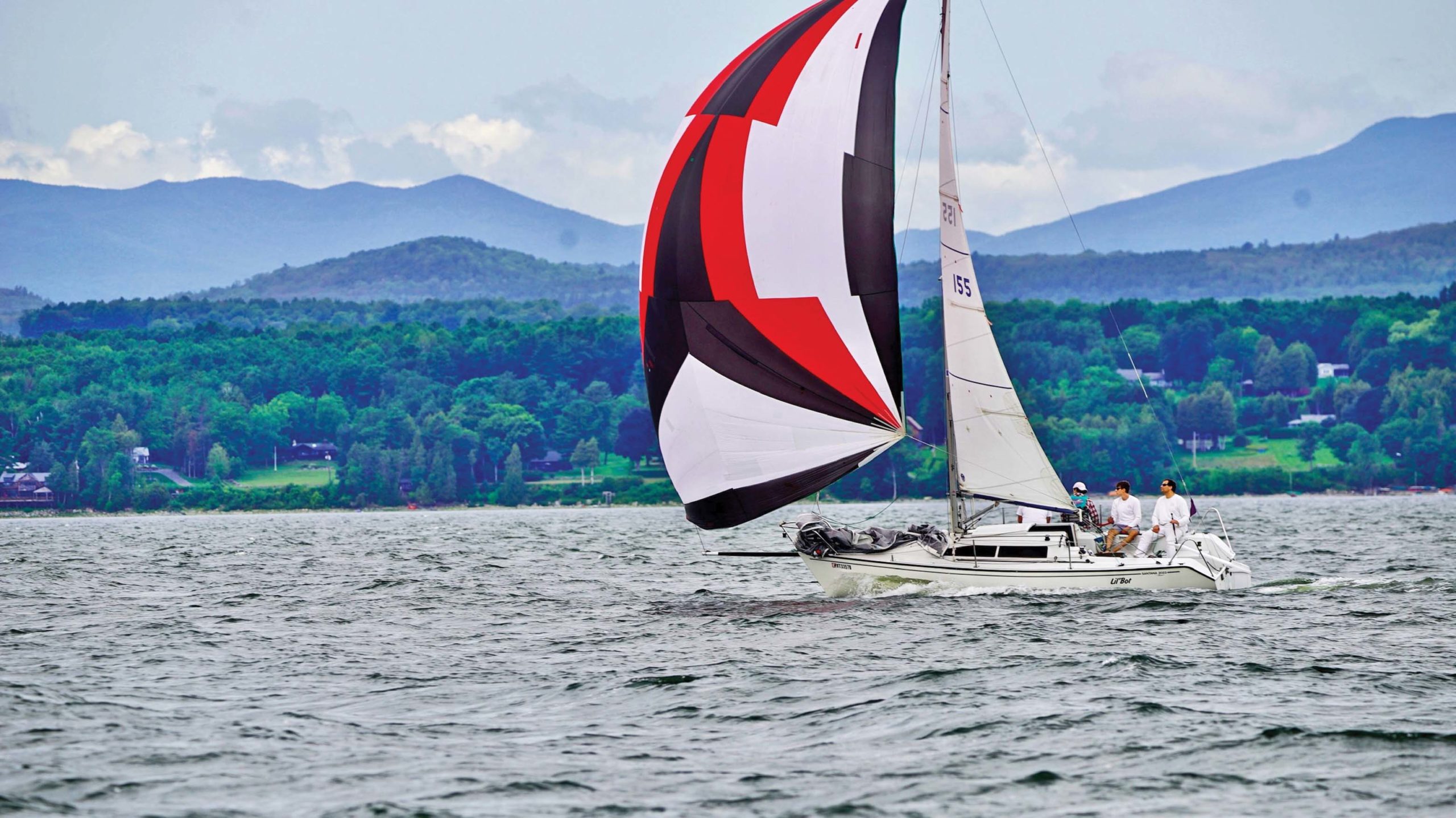 CHARLOTTE/FERRISBURGH — Two days of blue skies and (mostly) fair breezes welcomed sailors from up and down Lake Champlain to Town Farm Bay for this year’s Diamond Island Regatta and its new partner, the Split Rock Race.

Hosting the two-day event, with the Diamond Island Regatta (DIR) on Saturday, Aug. 14, and the Split Rock Race (SRR) on Sunday, Aug. 15, were the newly renamed Diamond Island Yacht Club and Point Bay Marina on Thompson’s Point in Charlotte.

Twenty-six boats competed in Saturday’s 10-mile DIR, and 14 took part in the 13-mile SRR on Sunday. Sailors hailed from, among other places, the Diamond Island Yacht Club (DIYC) in Charlotte, the Lake Champlain Yacht Club in Shelburne, the Mallets Bay Boat Club in Colchester and the Valcour Sailing Club in Plattsburgh, N.Y.

Both races are part of the Lake Champlain Championship Series, a season-long competition that determines annual bragging rights in five classes — three Spinnaker classes and two JaM  (Jib and Main) classes. The races are scored using the Performance Handicap Racing Fleet system, so boats with different speed potentials can compete against each other.

But perhaps the biggest winner was the Lake Champlain Maritime Museum, for which the DIR is a benefit event. After last year’s event was pared back because of COVID-19 — no pre-race breakfast, no Lobster Fest dinner, no T-shirt sales, or fundraising raffle — all those traditional features of the weekend returned for 2021 and the participants stepped up, with the club raising a record number of dollars for the museum.

Previously the club has subsidized proceeds and donated $1,000 each year to LCMM. Early returns this year indicate the breakfast, raffle and T-shirt sales will make it possible to top that number significantly for 2021.

After a day of racing on Saturday, racers, club members and guests were treated to the LCMM’s show on “Prohibition in Vermont” which was presented remotely. Awards were given to the winners of each of the five classes, raffle prizes were drawn, and about 100 people turned out for the Lobster Fest dinner under the open-sided tent.

Both races were overseen by DIR/SRR Race Director Wendy Friant from the committee boat, the Lord Nelson Tug Rosie, owned and captained by Will Patten. Dozens of other DIYC volunteers worked tirelessly, on and off the water, to make the weekend possible.

Here are winners in each class:

Full results may be found at diamondislandyc.org.