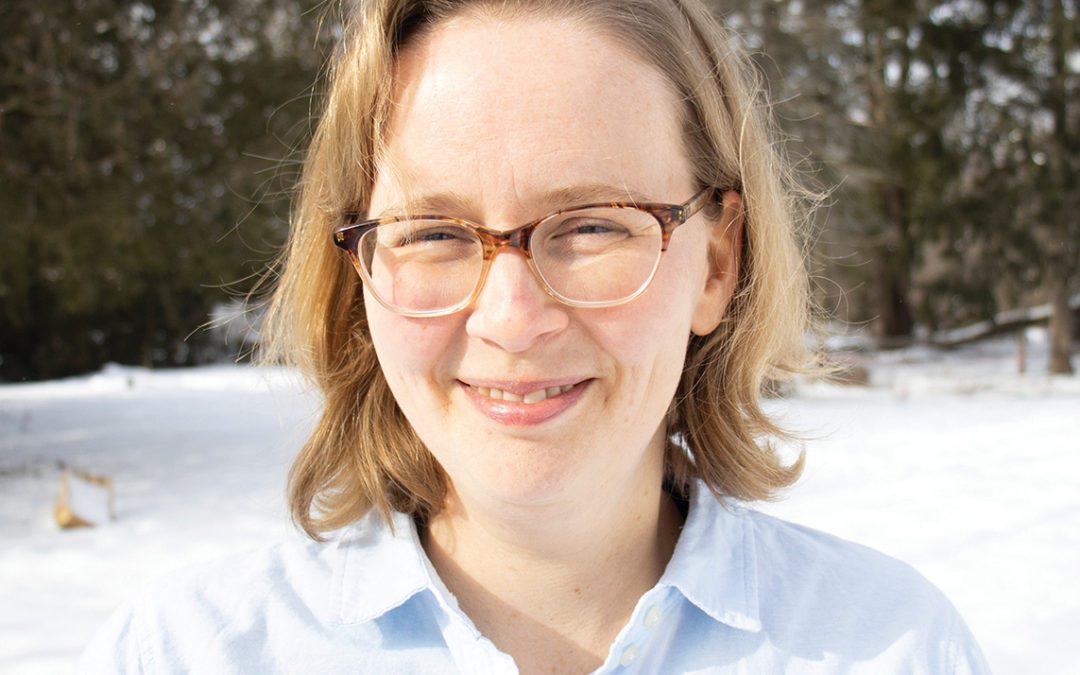 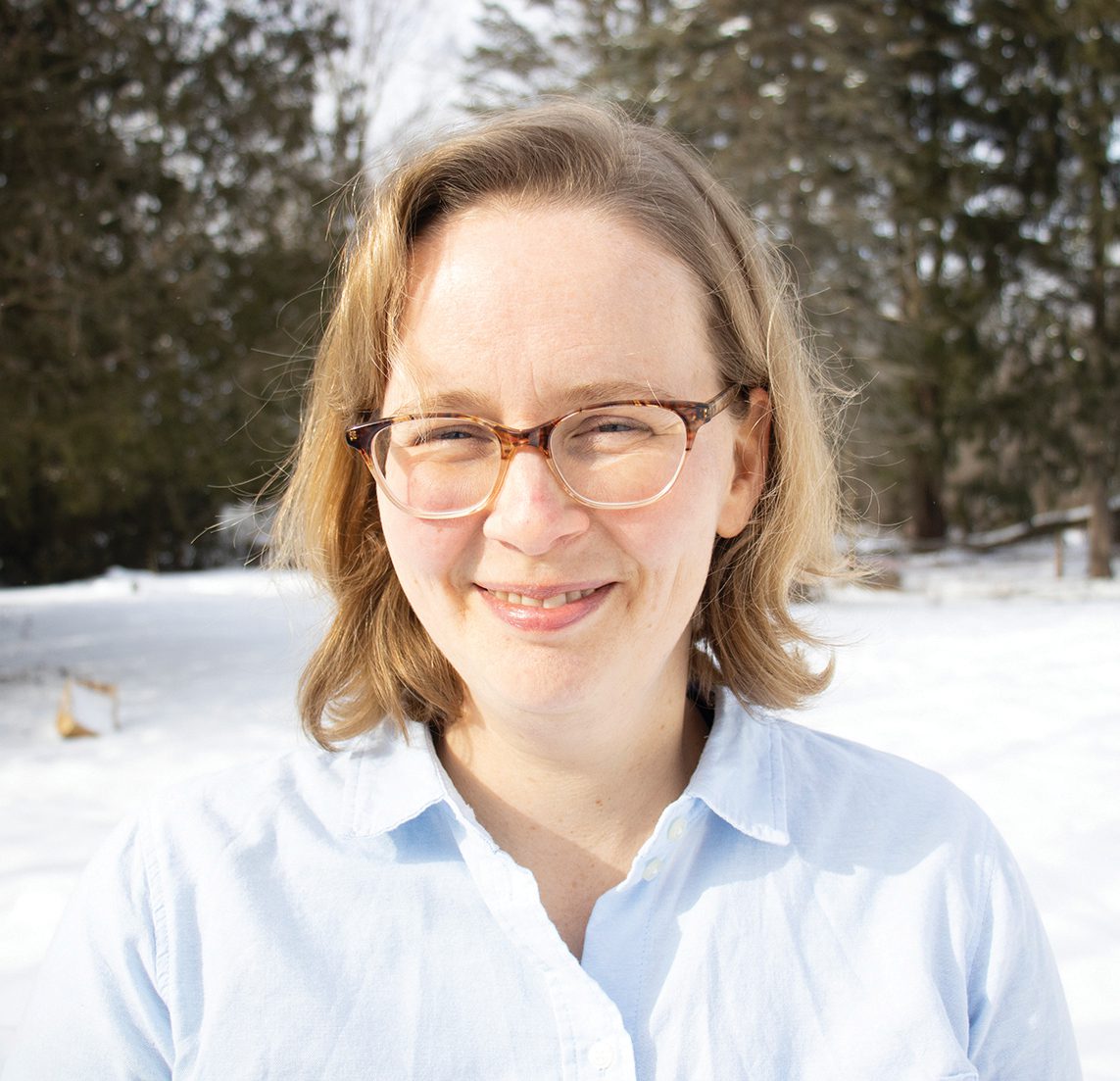 MIDDLEBURY SELECTBOARD MEMBER Lindsey Fuentes-George is the new director of Addison Central Teens, a nonprofit that runs a variety of after-school and summer camp programming for Middlebury-area youth out of its teen center at 77 Mary Hogan Drive.

That (Big Sister program) experience was a little glimpse of how much a strong, one-on-one connection with kids — especially kids going through puberty and the trickier years — can benefit them.
— Lindsey Fuentes-George

Fuentes-George is succeeding Cicilia Robison as leader of the small nonprofit, which runs a variety of afterschool and summer camp programs for Middlebury-area youth out of its teen center at 77 Mary Hogan Drive.

Her considerable experience as a parent and as a former human services worker/volunteer drew her to the ACT vacancy, which she officially filled on Monday, June 21. She and her spouse, Kemi Fuentes-George, have three children — the oldest of whom is 14-year-old Xavier, who’s a devotee of the teen center his mom now helms.

Xavier and his siblings at first weren’t enthralled by the prospect of seeing mom supervising their peer group, Lindsey joked.

“My kids were not super-excited to begin with, but we’ve adjusted,” she said.

Xavier’s experience with ACT buffeted Fuentes-George’s confidence in the teen center and its programming.

“I’m a local parent whose teen has been using this space. I’ve seen the program grow over the years and turn into something really fantastic, and I want to be a part of it,” she said. “I’m excited about all the possibilities.”

•  “Students of Color,” a weekly meeting group for “students of color to express themselves, share their experiences, and engage in discussion about systematic oppression with other People of Color, using their own voices and words,” according to the ACT website.

•  “Friday Night Group with Outright Vermont,” which meets the second Friday of every month. The group is a “social and support group for self-identified queer and questioning youth ages 13-19,” according to ACT.

•  “Friday Fundays!” with activities ranging from simple arts & crafts to a tour of local gardens, how to use garden herbs in food, and other educational opportunities.

•  “Lake Dunmore Day” on Friday, July 23, featuring a trip to Branbury State Park for swimming, beach and lawn games, a picnic and more.

Fuentes-George is impressed with the breadth and appeal of ACT’s offerings.

“For the teens who use the space, it’s very comfortable,” she said. “They’ve done a wonderful job of making it inclusive and welcoming to all types of kids; I really like that about the program.”

She noted the ACT board has worked to remove as many barriers as possible to what the nonprofit has to offer. For example, ACT’s summer camps are operating on a “pay-what-you-can” basis. When a family signs up, there’s an option to pay nothing, a portion, full tuition, or a premium to help subsidize camp for another child, according to Fuentes-George. She noted “a lot of people” this year chose the latter option — further evidence of the generosity of Middlebury-area families.

“We definitely got kids interested who otherwise wouldn’t have been able to come,” she said of the affordability.

A perusal of middteens.org shows that pre-registration for summer camp is now closed, but there’s a waitlist.

The Fuentes-George family moved from Massachusetts to Middlebury around 10 years ago, when Kemi took a job as an associate professor of political science at Middlebury College. Lindsey got a full-time gig at one of the Counseling Service of Addison County’s Middlebury group homes for developmentally delayed adults. Her resumé also includes work at a shelter for victims of domestic violence, and service as an AmeriCorps-Vista team leader with Habitat for Humanity.

Lindsey Fuentes-George gained immense perspective into child and adolescent issues not only as a parent, but as a longtime volunteer with the Big Brother Big Sister program.

“I was matched with my Little Sister … when she was small, and she’s now 29,” Fuentes-George said. “She’s become a de facto member of our family, at this point.

“That experience was a little glimpse of how much a strong, one-on-one connection with kids — especially kids going through puberty and the trickier years — can benefit them,” she added.

GETTING UP TO SPEED

Fuentes-George recognizes that ACT has seen several directors come and go during the past four years. She plans to start a new trend.

“I see so much potential in the program,” she said. “It’s in my own community, and I’m hopeful to say for the long term.”

Right now, Fuentes-George is focused on getting up to speed on her new job. In time, she’ll work with the board to look at new opportunities.

“In the short term, I’m mostly looking to maintain the programs we already have while I’m learning,” she said. “But I see a lot of potential, especially for older youths. There are tons of (children’s) programs in our community, but as you get older, a lot of them wane a bit. I think there are a lot of kids who haven’t yet found the thing in the community that really makes them tick. So I’m hoping we can provide some of that, with their input.”

Erin Morrison, president of the ACT board, had this to say about the selection of Fuentes-George as the organization’s new leader:

“Lindsey brings a lot of direct service work to the organization as well as her involvement in the town of Middlebury as a selectboard member. She can speak to the needs of teens and we feel she’ll be a strong advocate for making sure our teens are connected and feel a sense of belonging in our community. Our outgoing executive director, Cicilia Robison did an amazing job centering teens and their voices in all aspects of Addison Central Teens and we are looking forward to seeing this continue and grow with Lindsey as our new executive director.”

More info about ACT and its teen center can be found at middteens.org.