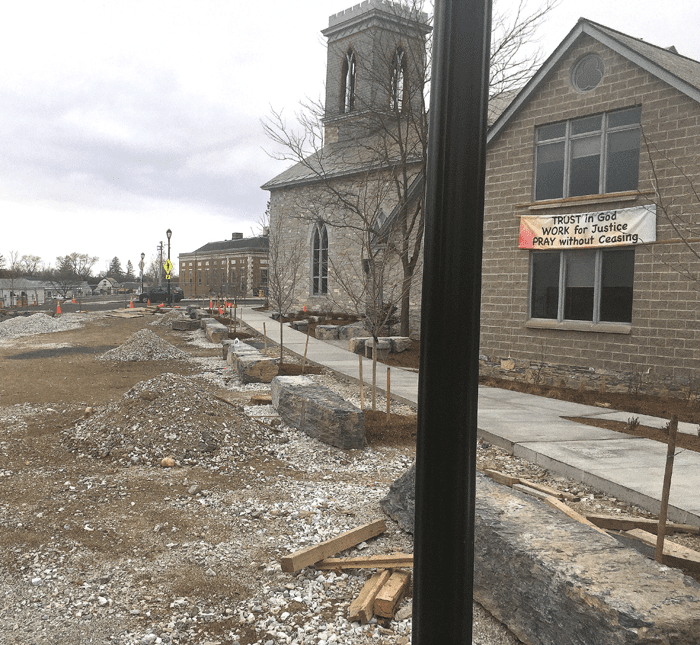 WORKERS EARLY NEXT month will begin the final phase of construction on the downtown Middlebury tunnel project. The work, to conclude Aug. 17, will include expansion of Triangle Park between Merchants Row and St. Stephen’s Church.
By John Flowers