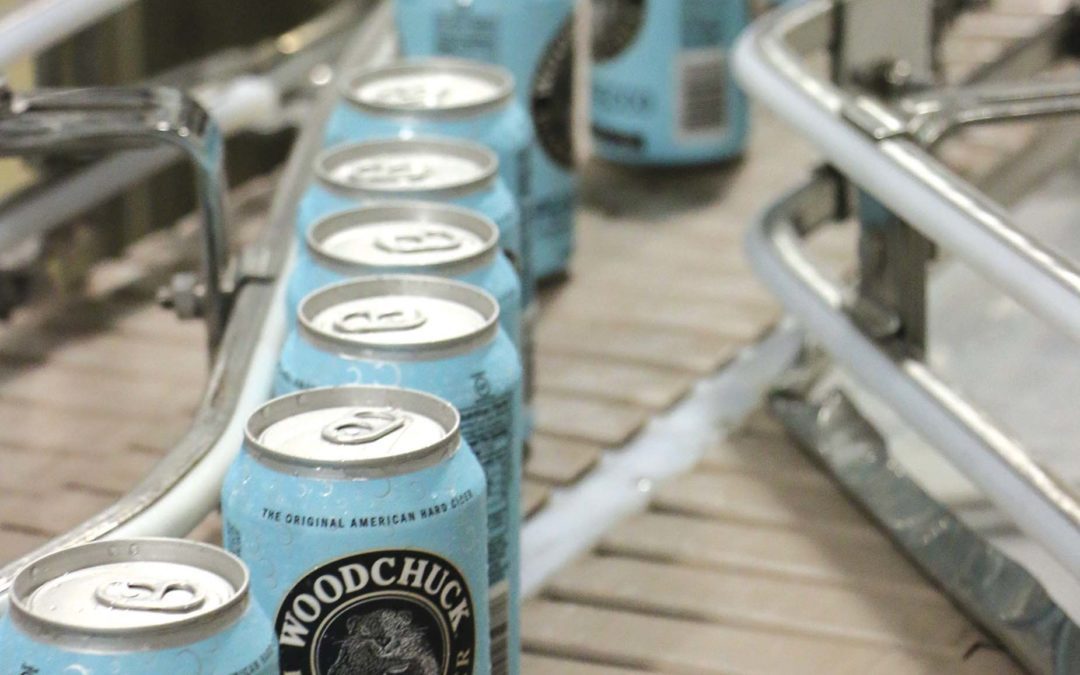 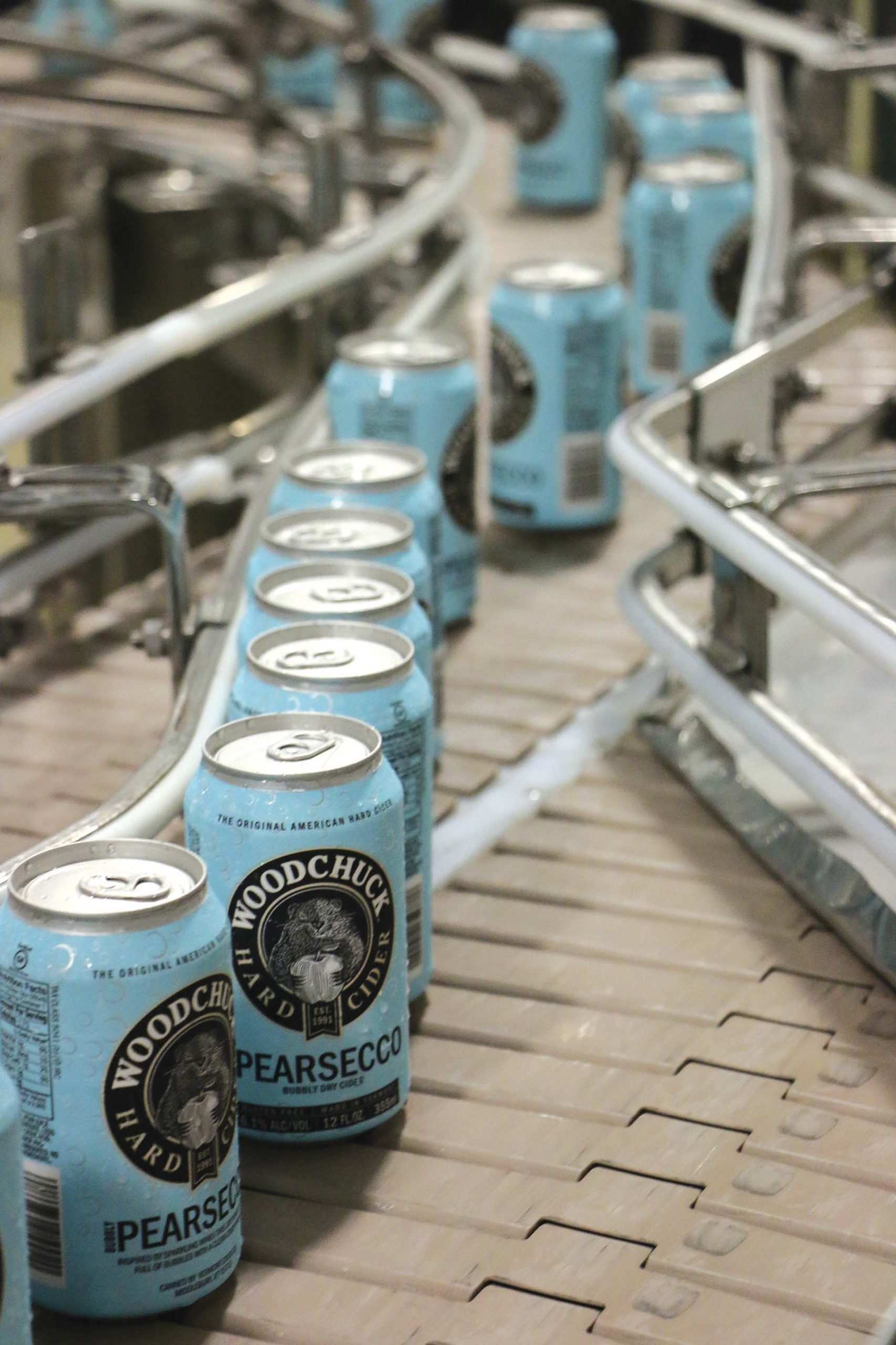 CANS OF THE Pearseco variety of Woodchuck hard cider cruise along a conveyor belt on the packaging line in Vermont Cider Company’s Exchange Street plant in Middlebury. A private group of investors, including some Vermont Cider Company executives, this week announced they would buy the company from Irish beverage conglomerate C&C Group PLC for $20 million.
By John S. McCright

MIDDLEBURY — Vermont Cider Company, one of Middlebury’s bigger manufacturing concerns, will be sold to a group of investors who joined forces specifically to purchase the maker of Woodchuck Hard Cider.
Northeast Drinks Group LLC, a privately owned holding company, on Monday announced that it will buy Vermont Cider Company from the Irish drinks conglomerate C&C Group PLC for $20 million, according to Bridget Blacklock, vice president of Sales and Marketing at Vermont Cider Company.
C&C bought Vermont Hard Cider Company (as it was known then) in 2012 in a deal that was said to be valued at $305 million. The corporate chief oversaw construction of a new, 100,000-square-foot, $34 million cidery off Exchange Street. It opened in 2014. A year later Vermont Cider Company laid off eight of its 167 employees, blaming pressure from mega breweries that had got into the cider making business.
Executives from the beverage industry in New England, including some Vermont Cider Company execs, saw an opportunity and banded together as Northeast Drinks Group. This is the company’s first deal. The transaction expected to by April 15.
Blacklock said Northeast Drinks Group is committed to keeping the company in Middlebury.
“Business continues with no disruption, the deal was structured so there would be a seamless transition for all involved,” she said. “All employees will be retained and we look forward to growing the business, making new hires in key departments that need support in the coming months.”
Current executives are expected to stay with the company, as well.
Northeast Drinks Group said it is looking to invest further in the business over the coming months including the potential to hire additional employees. The company is focused on investing in the current brands, including Woodchuck, while also expanding its co-packing business and further investing in innovation.
“The first priority is a focus on VCC’s branded volumes, but a part of the strategy going forward is co-packing and partnerships with local and regional peers,” Blacklock said.
In addition to the original Woodchuck Hard Cider, the was the first product when the company was founded in Proctorsville in 1991, Vermont Cider Company also markets Wyder’s, Gumption, Magners, Blackthorn and Viva Spritz ciders.
“All of us at Vermont Cider Company couldn’t be happier with Northeast Drinks Group coming on board,” said Ben Calvi, general manager at Vermont Cider Company. “I’ve enjoyed working alongside their team through the acquisition process and am excited to be joining them as we execute their vision for the future.”