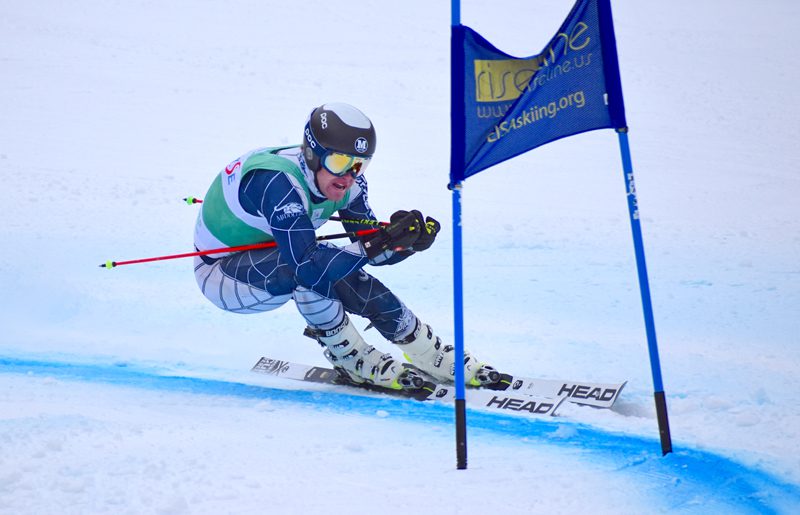 PANTHER ERIK ARVIDSSON, shown at the 2019 Middlebury Carnival, earned his first World Cup points this weekend when he earned eighth place in a race in Austria.

SAALBACH, Austria — Middlebury College skier Erik Arvidsson — the 2016 World Junior Downhill Champion — finished eighth in Saturday’s FIS Ski World Cup downhill race in Saalbach, Austria, scoring his first-ever World Cup points, according to a U.S. Ski Team press release.
According to the release, Arvidsson had just earned his second Europa Cup downhill victory, but started from the 34th position in the World Cup event.
The U.S. Team press release noted Arvidsson, a junior at Middlebury this past winter, earned his first top-20, first top-15, and first top-10 finishes.
According to the press release, Arvidsson’s success is not surprising:
“Arvidsson has a natural touch and is an incredibly gifted athlete. In 2018, Arvidsson decided to take an unconventional path that worked well for him, attending Middlebury College and getting some valuable experience. It more than paid off.”
Austria’s Vincent Kriechmayr earned his fourth straight speed victory in the race. Arvidsson’s teammate, Bryce Bennet, finished 10th in an event that was the final downhill prior to World Cup Finals in Lenzerheide, Switzerland.
Following the first training, Arvidsson mentioned to the coaches that he felt he could be top 15 on the Saalbach track.
“Obviously today was pretty incredible for me, I never could have imagined that I could have had a result like this at the beginning of this season, but going into the week, the momentum has definitely been building,” Arvidsson said.
“In the first training run, I felt like I could pull it together on this hill and put down a good run. The top is really technical and has a lot of turns, which definitely suits my style, and I just had to clean up some things on the flats, and I was able to do that today and put together a good run.”