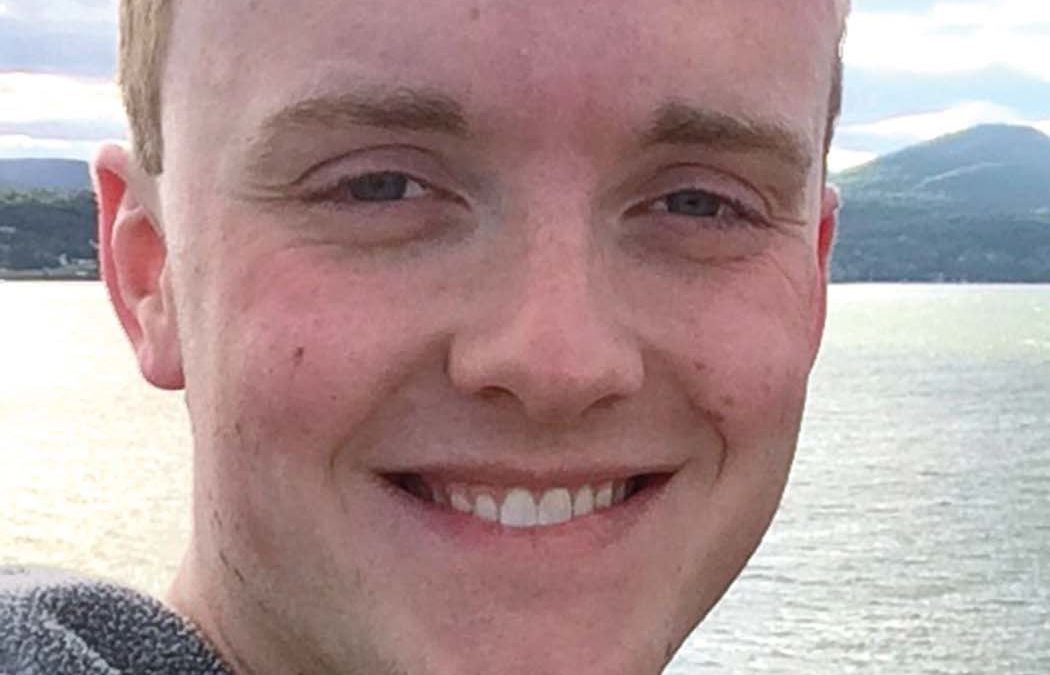 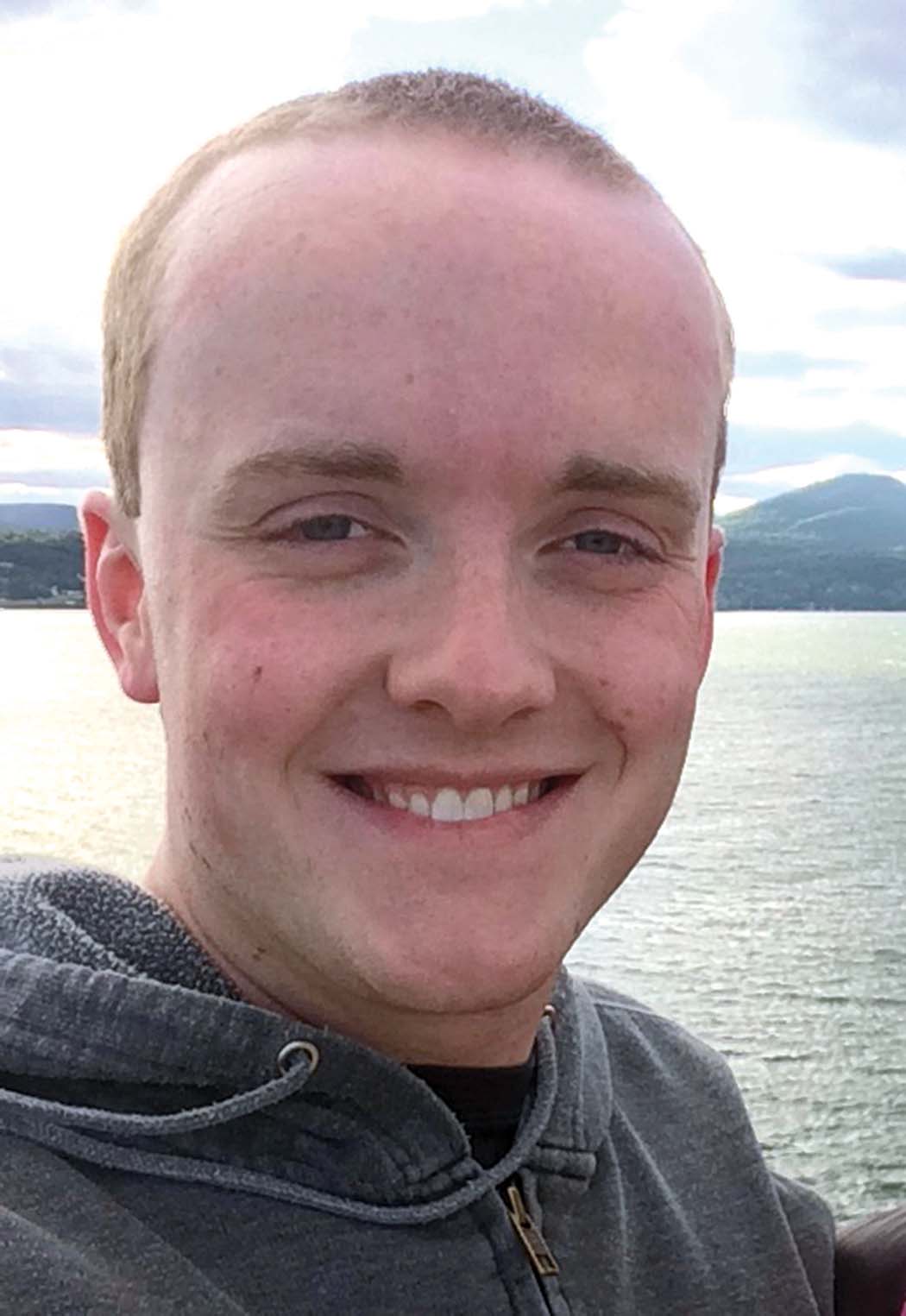 ADDISON COUNTY SHERIFF’S Department Sgt. Mike Elmore is one of three candidates vying for the post of high bailiff on Nov. 3.
By John Flowers

Every day is different. You have some boring days, but you have the exciting days, too. Just being able to serve the community in this way is something I’ve always wanted to do.
— Mike Elmore

ADDISON — Addison County Sheriff’s Department Sgt. Mike Elmore has always loved law enforcement.
Politics? Not so much.
But he’s nonetheless thrust himself into the local political arena this fall to compete for the position of Addison County high bailiff.
Elmore, an independent, is in a three-way race that includes Middlebury Republican (and former high bailiff) Ron Holmes and Middlebury Democrat Dave Silberman. Silberman beat Holmes 3,962 to 2,298 in a Democrat primary runoff on Aug. 11. But Holmes won the most write-in votes in the Republican primary and is repesenting the GOP in the Nov. 3 General Election.
Elmore, 25, was born and raised in Middlebury. He graduated from Middlebury Union High School in 2014, then went off to Bob Jones University in South Carolina, where he earned a Bachelor of Science degree in criminal justice.
“Growing up, I kind of knew law enforcement was what I wanted to get into,” Elmore said during a recent interview. “Once I got into it, I really liked the classes.”
Bob Jones University allows its criminal justice students to play a role in campus security. So Elmore got a hands-on tutorial in the basics of law enforcement, from directing traffic to participating in patrols.
“It was a stepping stone, and really helped,” he said. “It was a good foundation.”
He graduated from Bob Jones in 2016, and found his life at a crossroads.
“At that point I wasn’t sure if I wanted to come back to Vermont or stay in South Carolina; not having winters is kind of nice,” he said with a chuckle.
But Addison County won out, and he returned, settling in the town of Addison. He’s now married.
“Coming back for winter break, I remembered how beautiful it is here,” Elmore said.
“Vermont is hard to leave.”
He slowly put his degree to work through various security jobs, including at the Shelburne Museum and at government buildings in St. Albans. His entrée into law enforcement came through Addison County Sheriff Peter Newton, who in 2017 asked Elmore if he’d like to join the force.
“He suggested I join part-time, to see if it was something I wanted to do,” Elmore recalled.
It didn’t take him long to learn he liked it, and wanted a bigger taste. So Newton enrolled him in the Vermont Police Academy, a 16-week boot camp for the state’s law enforcement recruits.
“I was glad I went through it,” Elmore said of the academy. “It was a good experience.”
And he distinguished himself during his training. The 2019 graduating police academy class picked Elmore to receive the “Gaiotti Award,” given to the recruit who demonstrates “honesty, loyalty, and enthusiasm for the law enforcement profession.” The award is dedicated in memory of Eugene N. Gaiotti, a 28-year law enforcement veteran who was killed in 1989 in an on-duty motor vehicle crash.
This past February, the Middlebury American Legion honored Elmore as its “law enforcement officer of the year.”
The ACSD contracts with a variety of state, local and federal agencies to provide services that include traffic enforcement and security. Elmore is primarily involved with highway safety. He thoroughly enjoys the work — even if there are times when he has to make someone unhappy by issuing them a speeding ticket. But the alternative of a major accident would be much worse, he notes.
“Just being able to do what I do has been a really good experience,” said Elmore, who was promoted to sergeant late last year. “Every day is different. You have some boring days, but you have the exciting days, too. Just being able to serve the community in this way is something I’ve always wanted to do.”

CONTENT IN SHERIFF DEPT.
Elmore has periodically thought about becoming a municipal police officer or a state trooper. But for now, he’s content to work for the ACSD. He believes Newton is trying to expand and diversify the services it can make available to its clients, and Elmore is on board with that.
“In order to get the staff we need (for expanded services), the sheriff would have to raise more money,” Elmore said. “We’re looking at different ways of how to go about that, at this point. But with the future the sheriff is trying to take the department in, I definitely want to stay and see where we can take it.”
It was Newton who encouraged Elmore to run for Addison County high bailiff — an elected position that has drawn considerable interest this year, in spite of its limited duties. The high bailiff serves papers the sheriff is legally incapable of serving, can arrest the sheriff if necessary, and acts as sheriff if that office is vacant. More often than not, the high bailiff goes through an entire term without having to perform any of their statutory duties. Most of the county’s past high bailiffs have been sheriff’s deputies. Some have worn the title simply to signal a future run for sheriff.
To Elmore, the high bailiff position is about providing continuity in case the sitting sheriff is out of the picture.
“If the sheriff did have to step down for some reason, it’s good to have someone who’s able to step into the role who already understands where the department is at and knows the direction we’re going,” he said. “To continue to provide the same service that we already do and maintain the path the sheriff wants it to go down.”
While Elmore and Newton are close associates, the former said he would have no problem arresting the latter, if circumstances warrant.
Elmore understands why his competitors — particularly Silberman — want to make the position more than the sum of its parts. Silberman is advocating that the high bailiff use the post to promote police transparency and the public’s understanding of the criminal justice system.
“I do think there should be police accountability, with people there to keep is in check,” Elmore said.
But he believes that accountability can be ensured through a new civilian board that Newton is now establishing. That board would bring complaints to the sheriff’s attention, as well as give and receive feedback on ways to improve ACSD operations, according to Elmore.
The Independent has also published one-on-one interviews with Holmes (addisonindependent.com/news/ron-holmes-takes-another-run-high-bailiff) and Silberman (addisonindependent.com/news/local-lawyer-seeks-high-bailiffs-job).
For additional information about the candidates, log on to facebook.com/Elmore4HighBailiff (Elmore), facebook.com/RonHolmesVT (Holmes), and davesilberman.com.
Reporter John Flowers is at johnf@addisonindependent.com.