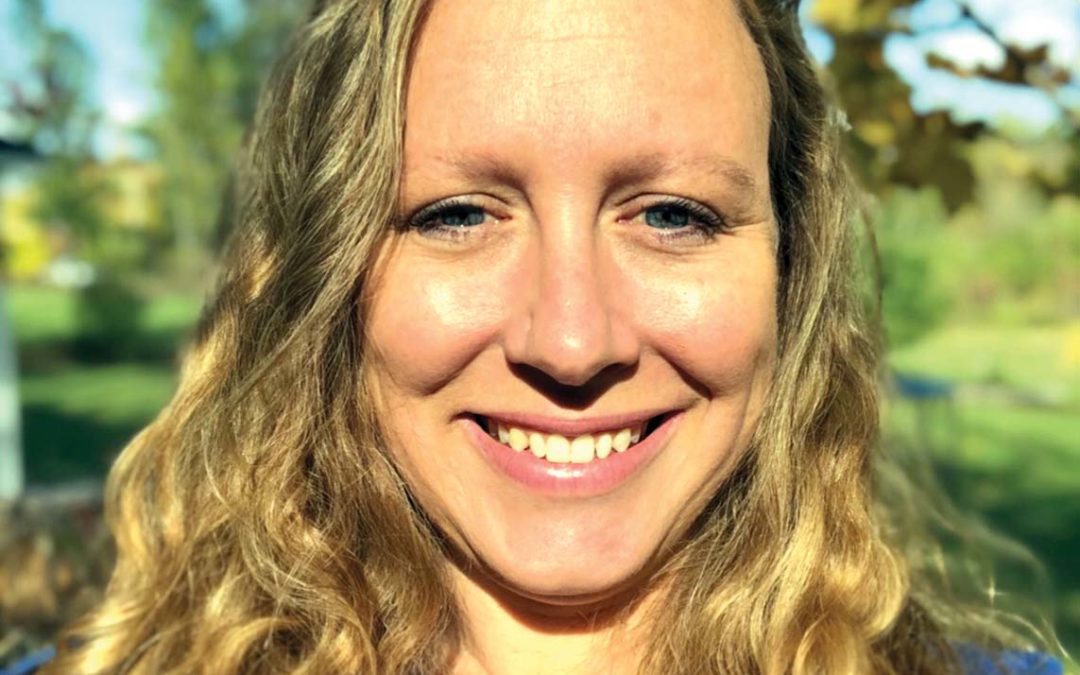 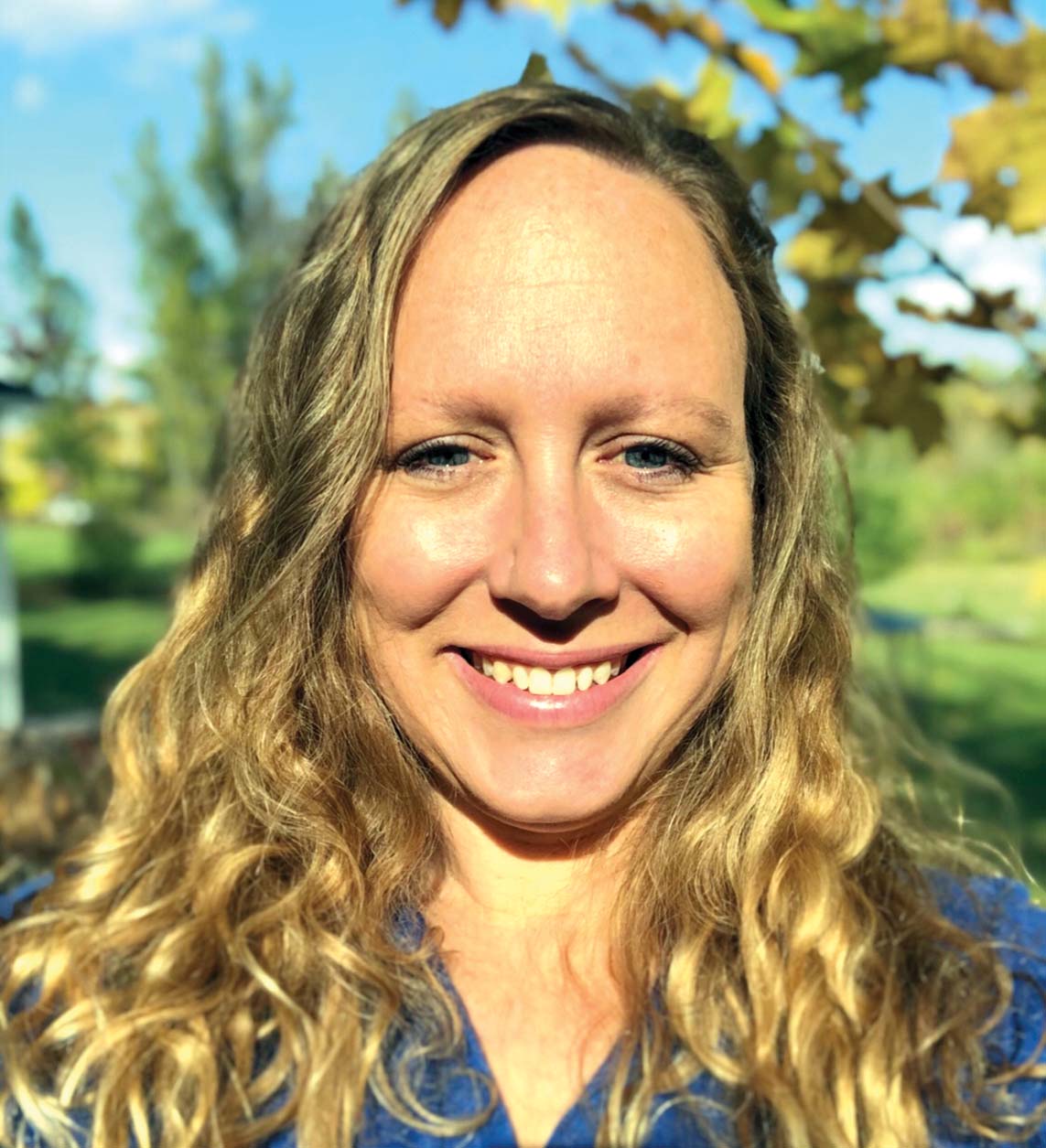 It’s time for a hard look at our system to make it more equitable for everyone.
— Ruth Shattuck Bernstein

SHOREHAM — Shoreham Democrat Ruth Shattuck Bernstein always knew she’d eventually run for the Vermont House. But the timing never seemed right.
Three young children to raise, bills to pay.
She filed her political quest under “some day.”
Well, “some day” is here, and it arrived based on several unanticipated events, according to Bernstein. They include the potential closure of Shoreham Elementary School, ongoing erosion of the state’s farming industry, and, most recently, a decision by fellow Shoreham Democrat Barb Wilson to withdraw from the race to represent the Addison-Rutland district, which includes the towns of Shoreham, Orwell, Whiting and Benson.
“I’ve been interested (in running) and I’ve been paying attention, but Barb and I agree on a lot of things and we work together,” Bernstein, 37, said during a recent phone interview. But when Wilson bowed out (citing health reasons), Bernstein “decided it was time to take the leap and give it a try.”
So she’s now involved in a three-person contest that includes incumbent Rep. Terry Norris, I-Shoreham, and Benson independent Richard Lenchus.
Bernstein is a lifelong Addison County resident, having spent her formative years in Bristol and Lincoln. For the past 14 years she’s lived in Shoreham, where she’s been busy as a mom and as director of the Salisbury Free Library. Her past professional experience includes stints as a grade 5/6 teacher at the Leicester School, as a market research professional in Burlington, and as an educator at the Addison County Parent-Child Center in Middlebury.
In addition, she and her partner have built four homes in Shoreham, two of them in the village.
A graduate of St. Michael’s College, Bernstein also has experience in public service. She was a member of Shoreham’s “Farnham Property Task Force” that was asked to guide the selectboard on possible uses for a 312-acre, town-owned parcel. She served for more than two years on the Shoreham Elementary School Board before that panel was phased out in favor of an Addison Central School District Board that includes representatives from all seven ACSD-member towns. Bernstein opposed Act 46, the state law that led to school governance consolidation throughout Vermont. Multiple Vermont school districts — including the ACSD — are contending with declining enrollment and are thus considering school closures and/or mergers, moves that Bernstein opposes. In the ACSD, elementary schools in Shoreham, Ripton, Weybridge and Cornwall are being eyed for closure as district officials study the prospect of serving the K-5 population in three schools, instead of the current seven.
Bernstein is one of several Shoreham residents lobbying to keep their local school open. She believes a seat in the Legislature would allow her to challenge provisions of Act 46. For example, she wants all towns to get the final say on whether their local school should close. Some districts — like the ACSD — vest that power in their unified school board, according to articles of agreement that their respective voters endorsed back in 2016.
Act 46, according to Bernstein, is an example of how state law has diminished local control.
“That’s when I first started to think about running (for the House), because I realized how the school boards and selectboards now don’t have quite as much power, and a lot of our actual, practical lives are dictated by what’s happening in Montpelier,” she said of public education issues.
If elected on Nov. 3, Bernstein vowed to push for education funding reform.
“It’s time for a hard look at our system to make it more equitable for everyone,” she said.
Bernstein also wants the Legislature to re-examine the per-pupil spending cap mandated through Act 68, Vermont’s education funding law. It stipulates that a school district is assessed a dollar penalty for every dollar it spends above a per-pupil spending threshold calculated each year by the Vermont Department of Education. Bernstein argues that the 2-3% annual increase in the per-pupil spending threshold isn’t keeping pace with yearly double-digit increases in health care costs and other expenses incurred by the schools.
As a result, she noted schools are left with the need to cut personnel, and she doesn’t want districts to lose a lot of teachers.
“The plan to close schools is all about getting rid of classroom teachers and para-educators, and I think classroom teachers are our best asset,” she said. “I would rather see cutting at the administrative level.”
Maintaining strong local schools will help Vermont solve some of its other problems — such as the exodus of young Vermonters to other states, Bernstein argued.
“We hear all the time — from the government and through the media — about our demographic challenge, and I think the best way we can fight for a strong Vermont is to value and stabilize things that are special about the state,” she said. “If we can keep Vermont strong, the people who have grown up here will want to stay here.”
Those considering settling in Vermont — and she believes there are many, due to the COVID-19 pandemic and this state’s quality of life — will place a premium on local schools, according to Bernstein.

OTHER ISSUES
While education has captured her attention, Bernstein stressed she’s not a single-issue candidate. Here are some of her other stated priorities:
•  Health care reform. “I think we need to move toward a system of universal primary care and universal health care. Maybe it has to be a slow (transition). But with school systems and small businesses, I think we can save money as we de-couple health care from businesses and employment.”
•  “Strengthen the small towns as much as possible.” She wants to make sure communities continue to receive the support they need to maintain their infrastructure, open spaces and local industries. It’s a wining formula that has served the state well for generations, according to Bernstein.
“I’m running to ‘Keep Vermont, Vermont,’” she said. “A lot of times we are trying to be something that we’re not. ”
She promised to be a sounding board for Statehouse information and feedback. Bernstein said she’d attend selectboard meetings and other events in the four Addison-Rutland towns to share info.
•  Farming. “From the beginning, it seems like we end up with an adversarial relationship of environmental considerations versus farming, and it doesn’t need to be that way. We’ve been moving in the right direction, and we need people in the agricultural industry to be part of the conversation. It’s essential we support our farms. It’s really sad when we see someone like (Rutland-based) Thomas Dairy go out of business. That’s a huge part of who we are here, just like our school.”
Also, Bernstein wants to see more business connections between local farms and consumers.
•  The environment: Bernstein said she wants to promote “healthy and sustainable industry and development,” including renewable energy projects that are done “responsibly.”
In closing, Bernstein said, “I’ve been emphasizing that I’m really trying to be a Democrat with a strong, independent Vermont streak. I want to stand for everyone and do everything I can to contribute to everyone understanding each other, collaborating and dialing down the adversarialism between us. I also think I have a deep knowledge of Vermont from growing up here, and from family, personal and professional experiences.”
The Addison Independent pre-election coverage has included one-on-one interviews with this year’s challengers, responses from a comprehensive questionnaire offered to all candidates, and support of the Addison County Chamber of Commerce’s virtual debates. The newspaper also offered incumbents the opportunity to submit legislative commentaries throughout the past biennium.
For more information on the 2020 Addison-Rutland candidates, please visit ruthforrep.com (for Bernstein), tinyurl.com/y545zuse (for Norris), and tinyurl.com/y3wwakrc (for Lenchus).
Reporter John Flowers is at johnf@addisonindependent.com.