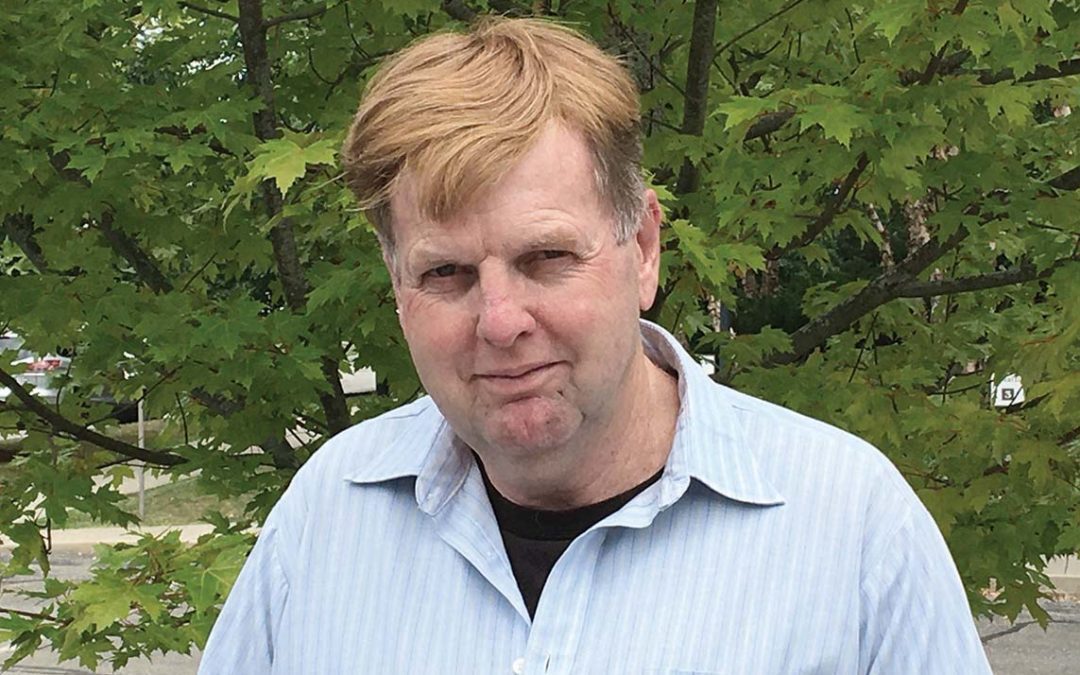 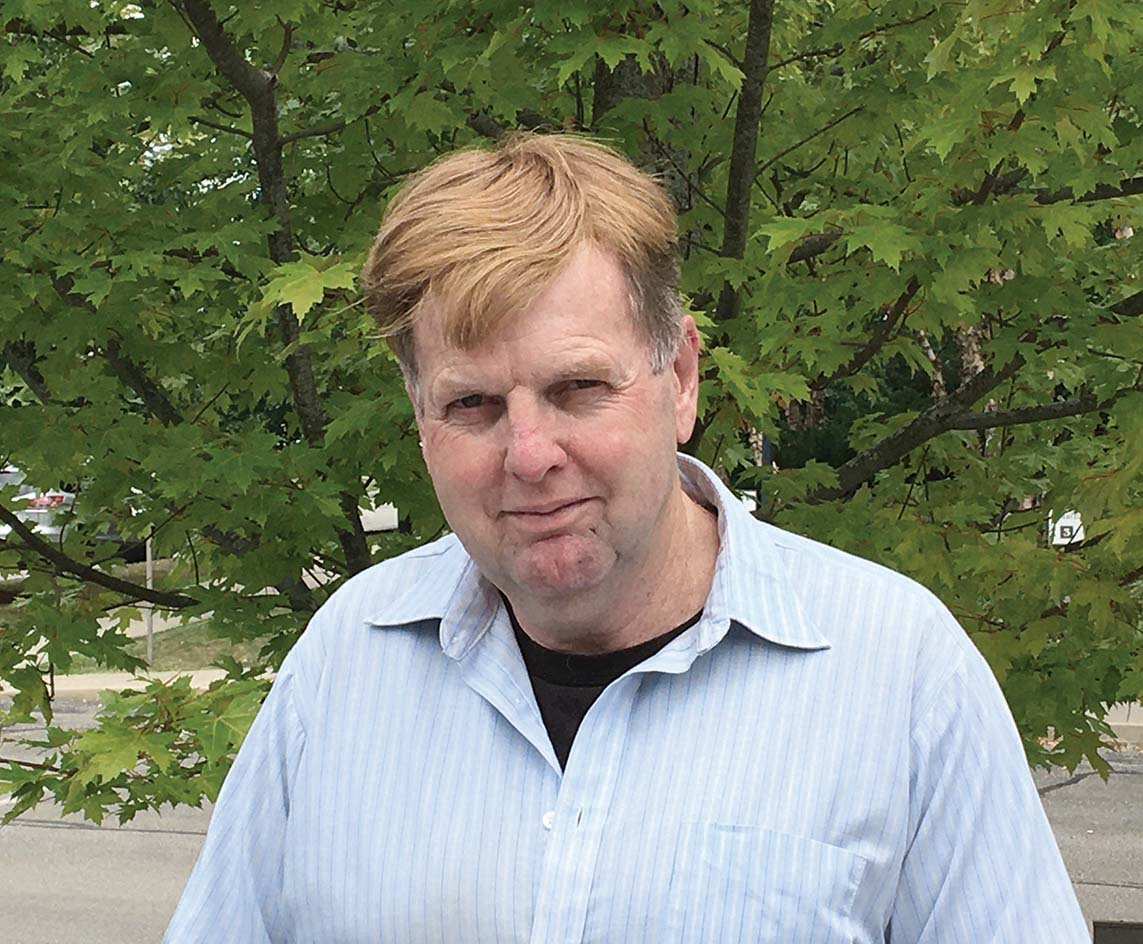 When people know you’re high bailiff, you get all kinds of calls that have nothing to do with any high bailiff duties — including moving a couch.
— Ron Holmes

MIDDLEBURY — Ron Holmes has met a ton of people during a more-than-40-year career in law enforcement, security, paving and automotive repair.
He’s a personable guy.
Now Holmes, 65, hopes those decades of chance interactions will pay dividends in Tuesday’s primary elections, when he and fellow Middlebury Democrat Dave Silberman will vie for the chance to advance to the Nov. 3 General Election that will decide the county’s next high bailiff. The primary winner will face independent candidate Mike Elmore, a sergeant with the Addison County Sheriff’s Department (ACSD).
Few would have thought, at the beginning of the 2020 election cycle, that the most innocuous elected position on the ballot would trigger the only contested primary in Addison County.
The high bailiff’s limited responsibilities are to serve papers the sheriff is legally incapable of serving, arresting the sheriff if necessary, and acting as sheriff if that person’s office is vacant. More often than not, the high bailiff goes through an entire term without having to perform any of his or her statutory duties. Most of the county’s past high bailiffs have been sheriff’s deputies. Some have worn the title simply to signal a future run for sheriff.
Holmes — who served as high bailiff from 2016-2018 — is candid about his plans for a second run for sheriff. Current county Sheriff Peter Newton defeated Holmes in the 2018 Democratic primary.
“I would love to be sheriff,” Holmes said during a recent interview with the Independent. “I will run again.”
But in the meantime, Holmes sees the high bailiff’s job as being a way to help people and become reacquainted with the ACSD, where he spent 25 years as a part-time deputy, performing a variety of patrol and security duties. The late Sheriff Jim Coons hired Holmes during the late-1980s. He was among several part-timers laid off from the department in 2014.
“Everything at the office was pretty good for me,” Holmes said of his ACSD tenure. “I knew a lot of good guys over the years. I treated people well and never had any negative issues. Some nights would be tough; we were out late at night, long hours. Sometimes violent people. But everything kind of fit for me, so I stayed with it.”
His resume also includes security stints of 15 years with Goodrich Corp. (now Collins Aerospace) in Vergennes, and three years each with General Dynamics and the state of Vermont.
Holmes now works as a security officer with the University of Vermont Medical Center.
Prior to donning a badge and sidearm, Holmes worked eight years for Pike Industries. But he ultimately grew weary of being in the road paving business  — particularly on searing hot days when there wasn’t a shred to shade in sight.
“It was eight arduous, tormented years,” he recalled. “It was brutal work.”
He also spent 11 years — both full- and part-time — at the former Steele’s Service Center in downtown Middlebury.
“Paul (Steele) and I got to be pretty good friends,” he said of his former employer.
PAST EXPERIENCE
Holmes believes his past experience as high bailiff makes him the best choice for the job. And he said his quarter-century as a deputy has given him the background to step into the sheriff’s job, if need be.
He already knows what it’s like to serve court documents and field constituent phone calls.
“When people know you’re high bailiff, you get all kinds of calls that have nothing to do with any high bailiff duties — including moving a couch,” he recalled with a chuckle.
But Holmes enjoyed performing these tasks, which he considers to be community service that each elected official should take on, when possible.
He harkened back to a call he received from a Middlebury woman concerned about an elderly neighbor who had recently become a widower and had lost his leg due to a medical condition.
“She was concerned about his wellbeing; he was extremely depressed,” Holmes said. “She told me, ‘Ron, you’re high bailiff, could you speak with him?’”
Even though such a visit wasn’t within his statutory duties, Holmes agreed to visit the man.
“I sat with him, talked with him quite a bit, and left my name and number,” Holmes said. “It wasn’t that far from my home, and I told him I’d be glad to visit him, bring him magazines, or whatever.”
Holmes agrees with much of what his primary opponent Silberman has said about the need to bring more debate and transparency to criminal justice issues. But he doesn’t believe the high bailiff job is best suited to accomplish those goals.
“I don’t think — in that position, in this state — you’re going to be able to do much of that,” he said. “Your role is pretty limited, as far as the statute goes.”
Like Silberman, Holmes has put out campaign signs in an effort to get his name out during a COVID-19 pandemic that has made traditional door-to-door stumping next to impossible. But he’s been hearing from supporters by telephone and email these days.
“A lot of people have asked me to run; they’d like to see me there,” Holmes said. “And boy, that means a lot when you get those phone calls and when people on the street tell you that.”
Reporter John Flowers is at johnf@addisonindependent.com.