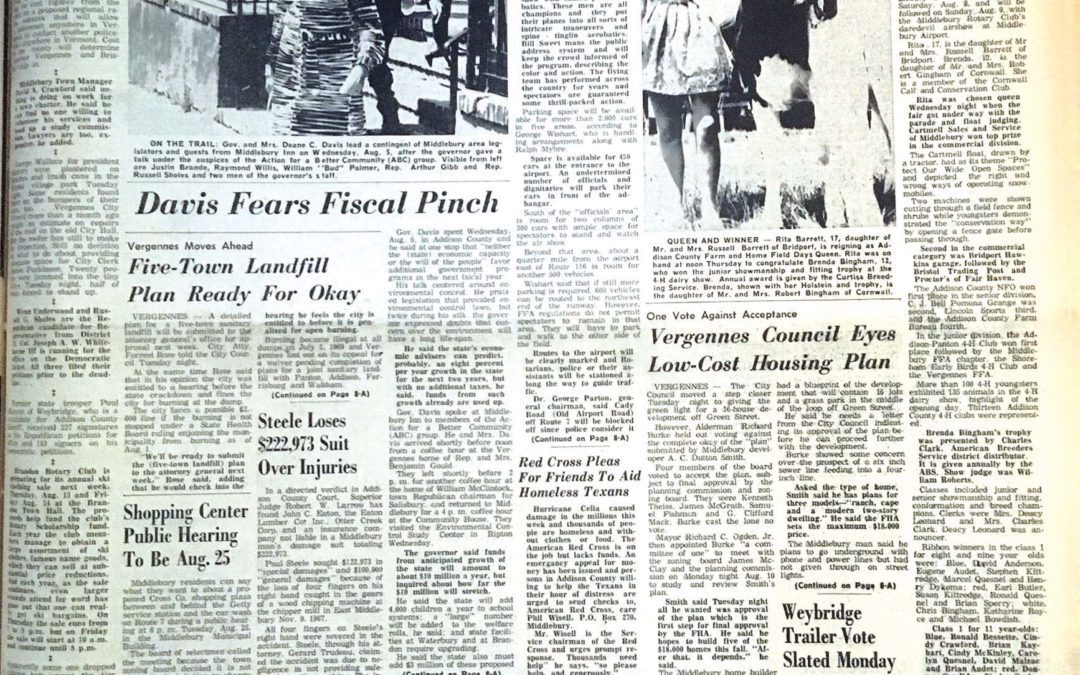 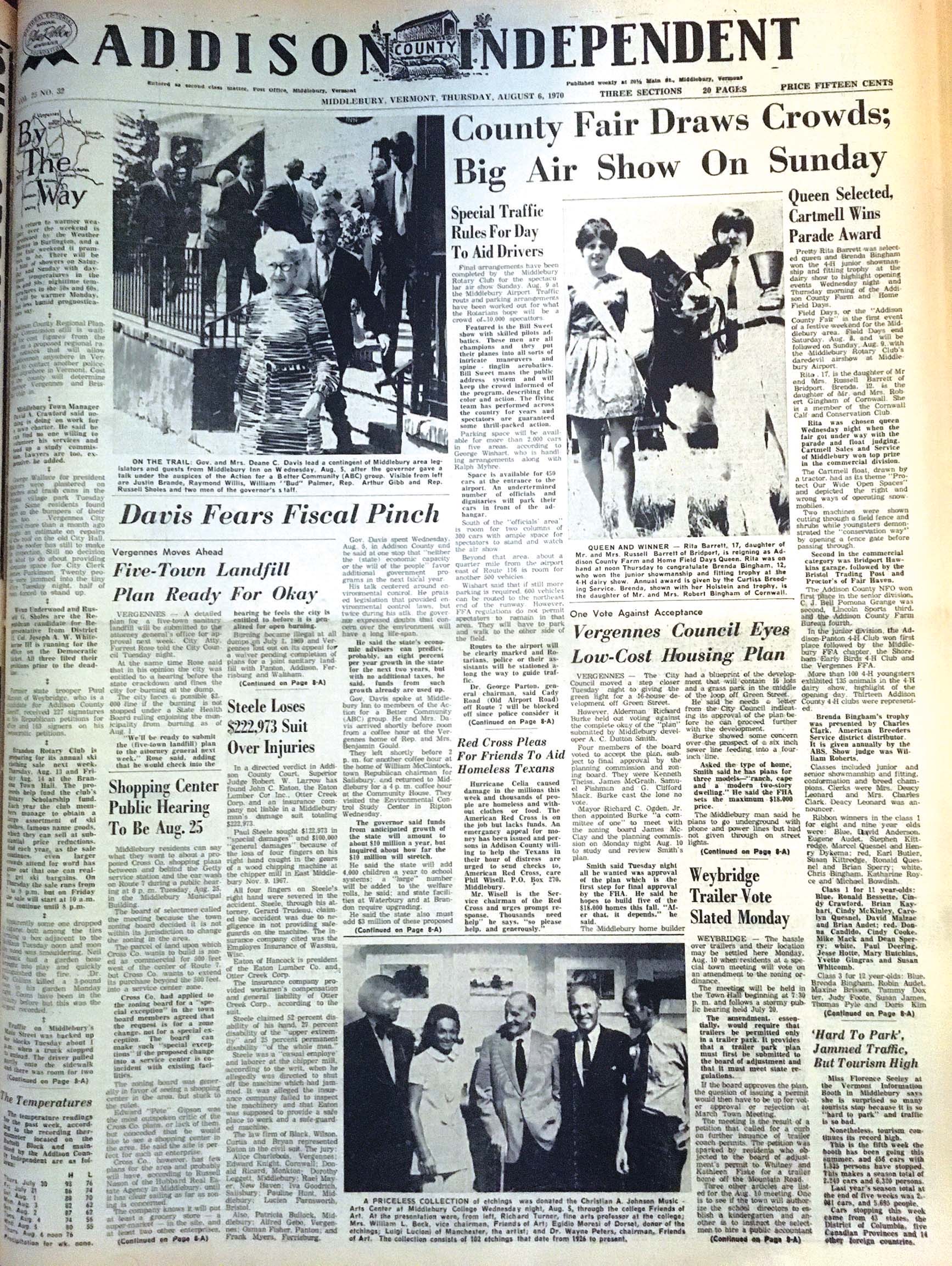 Fifty years ago this week Addison County was preparing for a long weekend full of entertainment with the opening of not only the annual county fair, but also Brandon’s Festival Days and an air show organized by the Middlebury Rotary Club. Here are some of the top stories that appeared in the Aug. 6, 1970, edition of the Independent:
•  The Addison County chapter of the American Red Cross urged locals to donate money that could be used to help people who had lost their homes in Hurricane Celia in Texas.
•  After a week of extremely high temperatures, Bristol residents were asked not to water their lawns and gardens or wash their cars in order to conserve water from the depleted town reservoir.
•  The Vermont Supreme Court issued a ruling that upheld the constitutionality of the state’s Blue Laws, which banned the sale of “non-essential” goods on Sundays. These laws were not repealed until 1982.
•  “Addison County Farm and Home Field Days,” as it was then known, kicked off on Aug. 5 with a parade, float contest, and 4-H dairy show. More than 100 children from 13 Addison County clubs participated in the event, and Brenda Bingham of Cornwall won the junior showmanship and fitting trophy. Rita Barrett was elected as Field Days Queen. Other highlights of the fair weekend included horse, cattle and dog shows; tractor drawing; and a concert given by the Northeast Fiddlers’ Association.
•  The Brandon Development Association prepared for its Brandon Festival Days celebration on Aug. 8, arranging concerts, refreshments, sugar house demonstrations and crafts displays throughout downtown.
•  Bristol residents organized a petition to Gov. Dean Davis calling on him to personally inspect a collapsed barn on Main Street and determine whether or not it was a fire hazard. Petitioners believed the ruined building belonging to Ezra S. Dike was not only “a menace to children” but was in danger of setting the entire downtown ablaze if it caught fire.
•  Japanese beetles, an invasive species that in 2020 is an accepted nuisance for many farmers and gardeners, were just beginning to be spotted in Vermont’s fields.
— Emma Pope McCright