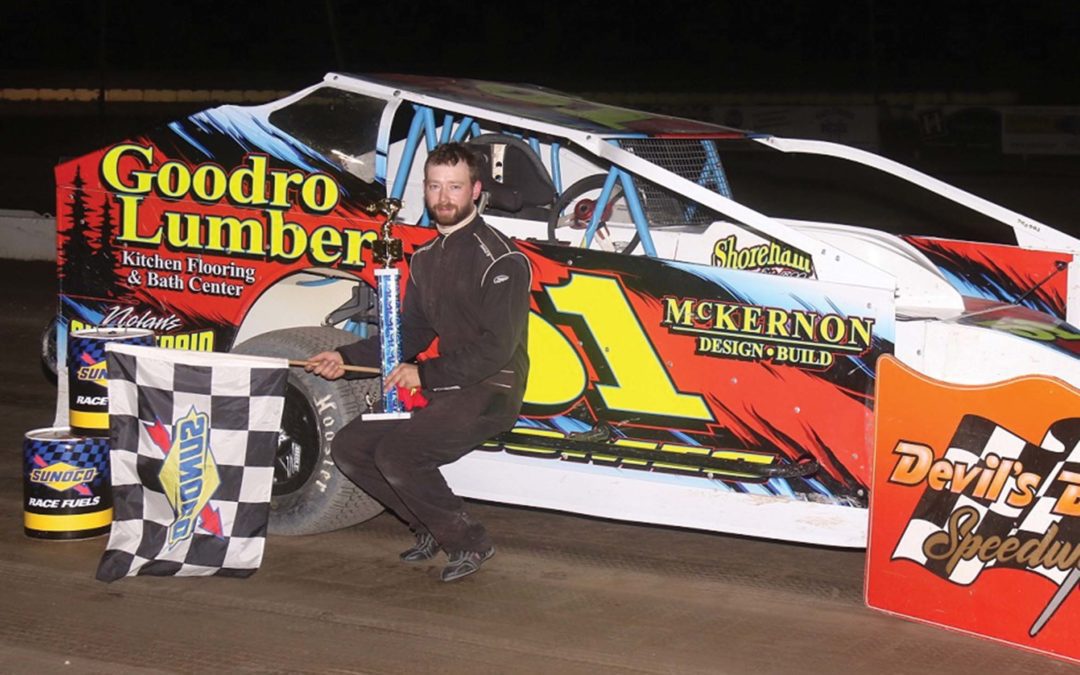 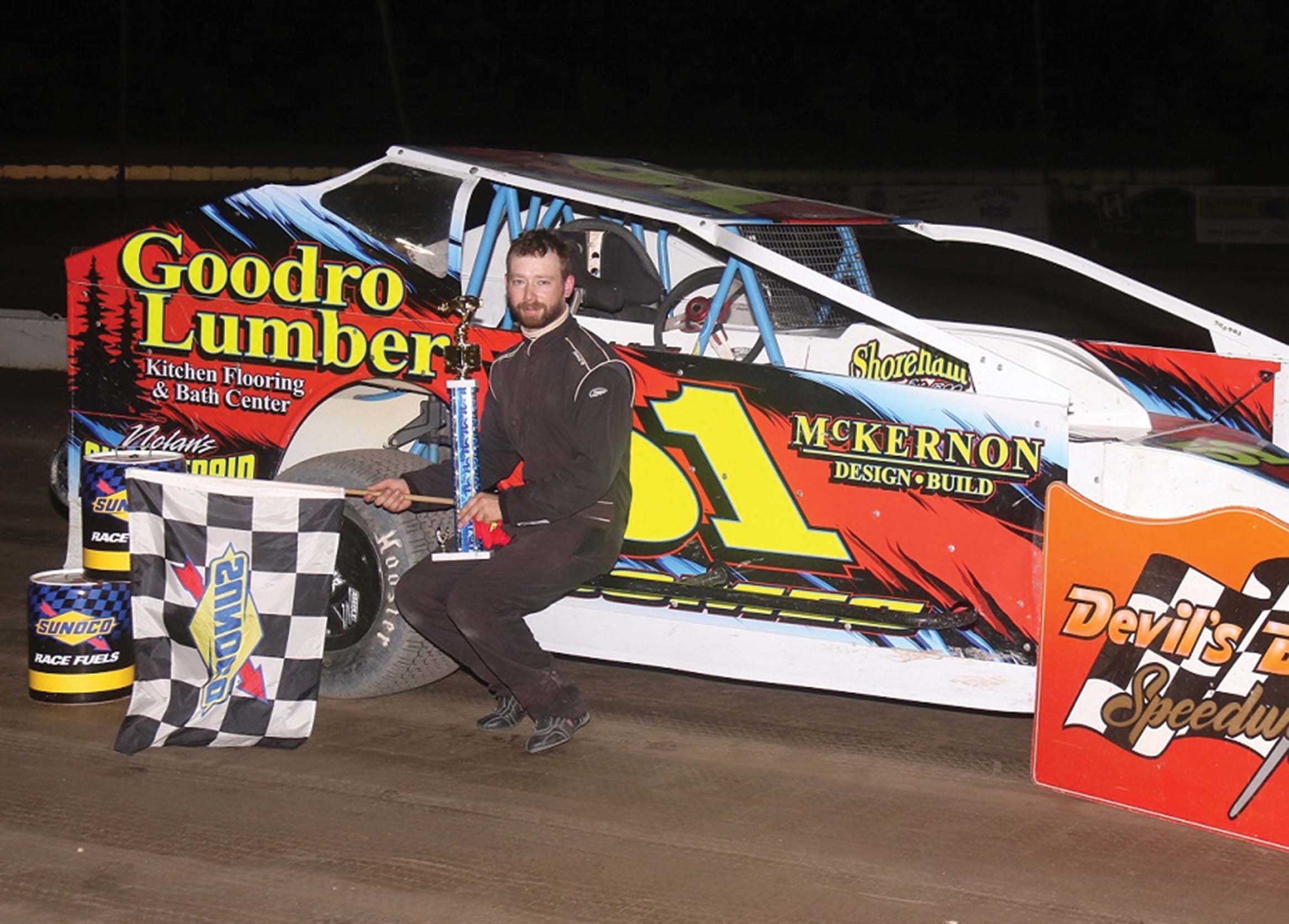 JUSTIN COMES OF Middlebury dominated the Pepsi Sportsman Modified main event at Devil's Bowl Speedway. His brother, Austin Comes of Middlebury, made it a sibling sweep by winning the Limited Sportsman feature. Photo by Bill McGaffin

WEST HAVEN — Brothers and Middlebury residents Justin and Austin Comes cruised to big wins in the top two featured races at Devil’s Bowl Speedway on Sunday, June 28, in front of the first grandstand crowd of the season.
The Comes’ sweep was the first at Devil’s Bowl for a pair of siblings since September 2001, when Joe and Vince Santoro turned the trick; the Santoros also doubled up on August of that year. The only other brothers to win on the same night at Devil’s Bowl were Bobby and Beaver Dragon in July 1973.
Justin Comes struck first in the 30-lap Pepsi Sportsman Modified feature. Comes, who started fourth, settled into the top lane of a fast, tacky surface and dominated the race, in the process turning around a two-week stretch of bad luck.
“We didn’t start the season the way we wanted to, but this makes up for it,” Comes said in victory lane. “I love the outside lane here, and if I’m able to get out there and run as fast as I can, I don’t think there’s anyone who can do it better.”
Brandon drivers Joey Scarborough and Vince Quenneville finished sixth and 10th, respectively.
Moments after his brother left victory lane, Austin Comes took charge in the 20-lap O’Reilly Auto Parts Limited Sportsman race. Comes started on the pole position and led every lap for the first win of his young career.
Behind him, a multi-car battle for second place played out through nearly the entire race. Orwell’s Lacey Hanson and Johnny Bruno had a full-contact duel on the last lap that finally went Hanson’s way.
Shoreham’s Anthony Warren took fifth, Brandon’s Matt Bilodeau was sixth, and Orwell’s Randy Ryan finished 10th.
The Super Stock feature, extended to 21 laps after a late restart, turned into an exciting battle at the end, but four-time champion Bill Duprey of Hydeville held on to take the win after the restart tightened the race. Orwell’s Ronnie Alger was fifth.
Milton ’s Shawn Moquin won the 15-lap Mini Stock race in an eight-inch photo finish over Chris Conroy. Cracking the top 10 were Leicester’s Derrick Counter (fifth), Brandon’s Griff Mahoney, (eighth) and Ripton’s Chris Sumner (ninth).
Cody O’Brien of Springfield dominated the 15-lap Friend Construction 500cc Mini Sprint race.  Bridport rookie Troy Audet finished second, and Orwell’s Roger LaDuc was fifth.
Devil’s Bowl Speedway returns to action on Thursday, July 2, at 7 p.m., with limited grandstand seating and drive-in spectator parking. Information is available at DevilsBowlSpeedwayVT.com.