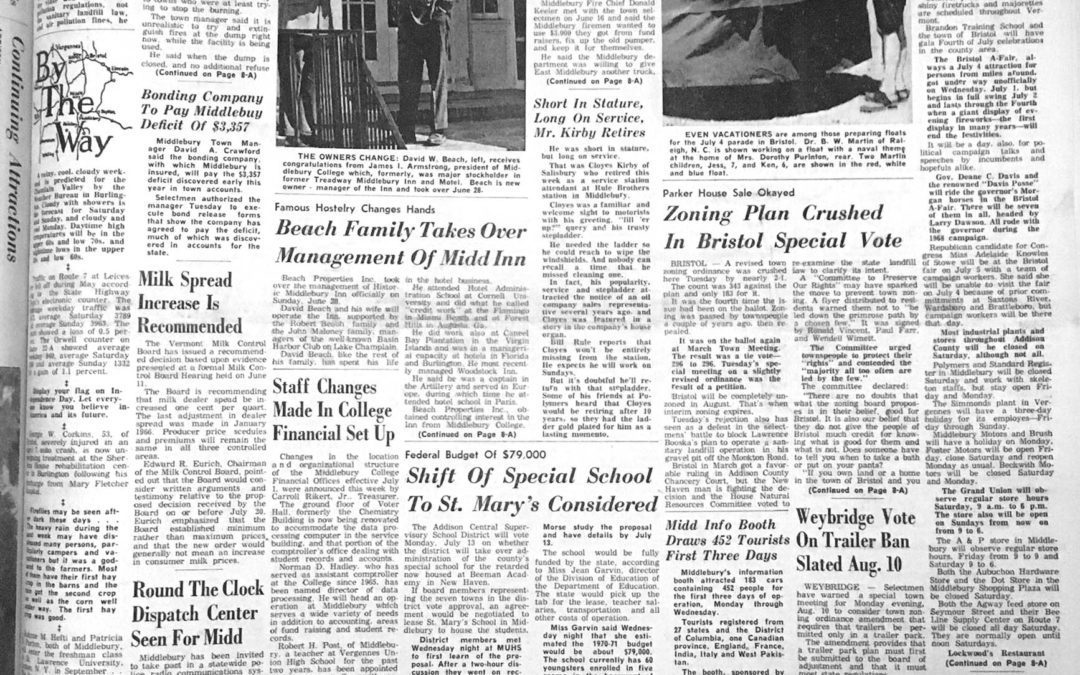 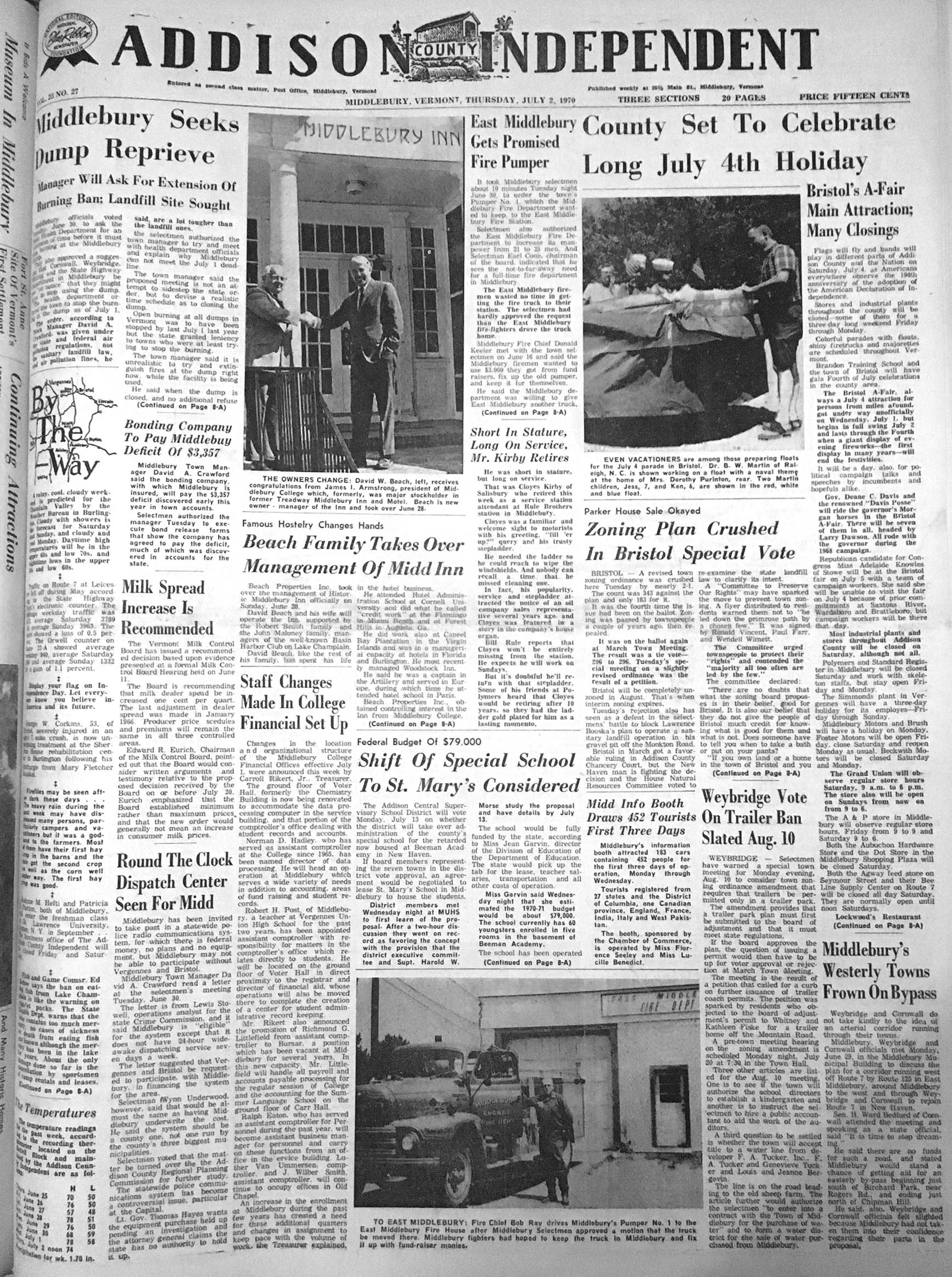 Addison County residents were gearing up for Independence Day celebrations 50 years ago this week. Here are some of the top stories that appeared in the July 2, 1970 edition of the Independent:
•  New Haven Mills Church, built in 1797 but inactive, was slated to reopen on July 5.
•  David Beach and his wife (whose first name was not given in the story), managers of Basin Harbor Club in Ferrisburgh, took over management of the historic Middlebury Inn.
•  Vince Quenneville of Middlebury, nicknamed “the Flying Frenchman,” won a stock car race at the Devil’s Bowl speedway in West Haven, where he was a two-time champion.
•  Vermont announced it had received a $2.3 million federal grant to combat poverty in the state. The money was intended to fund job training, childcare and research into how to implement a federal “income maintenance” program.
•  The Bixby Memorial Library in Vergennes received a donation for its Historical Museum from Mary Conant of Panton. Conant, whose father William fought in the Civil War, presented the library with her father’s discharge papers as well as several other relics of Civil War and Addison County history.
•  July 4, 1970, marked the 194th anniversary of the signing of the U.S. Declaration of Independence, and residents all over Addison County prepared to celebrate Independence Day with the usual parades, bands and flags. An added attraction was Bristol’s “A-Fair,” which featured fireworks, animal shows, children’s games, and entertainers such as “Joe Phillips of TV rodeo and stage.” Gov. Deane Davis also appeared in the Bristol Independence Day parade, riding a Morgan horse.
— Emma Pope McCright