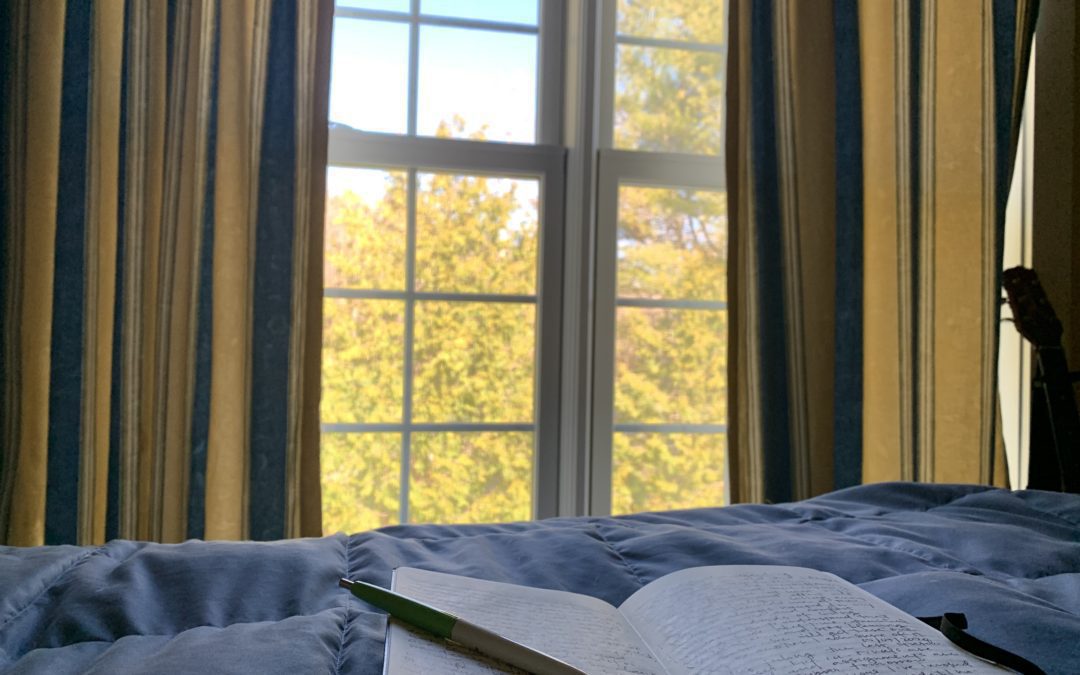 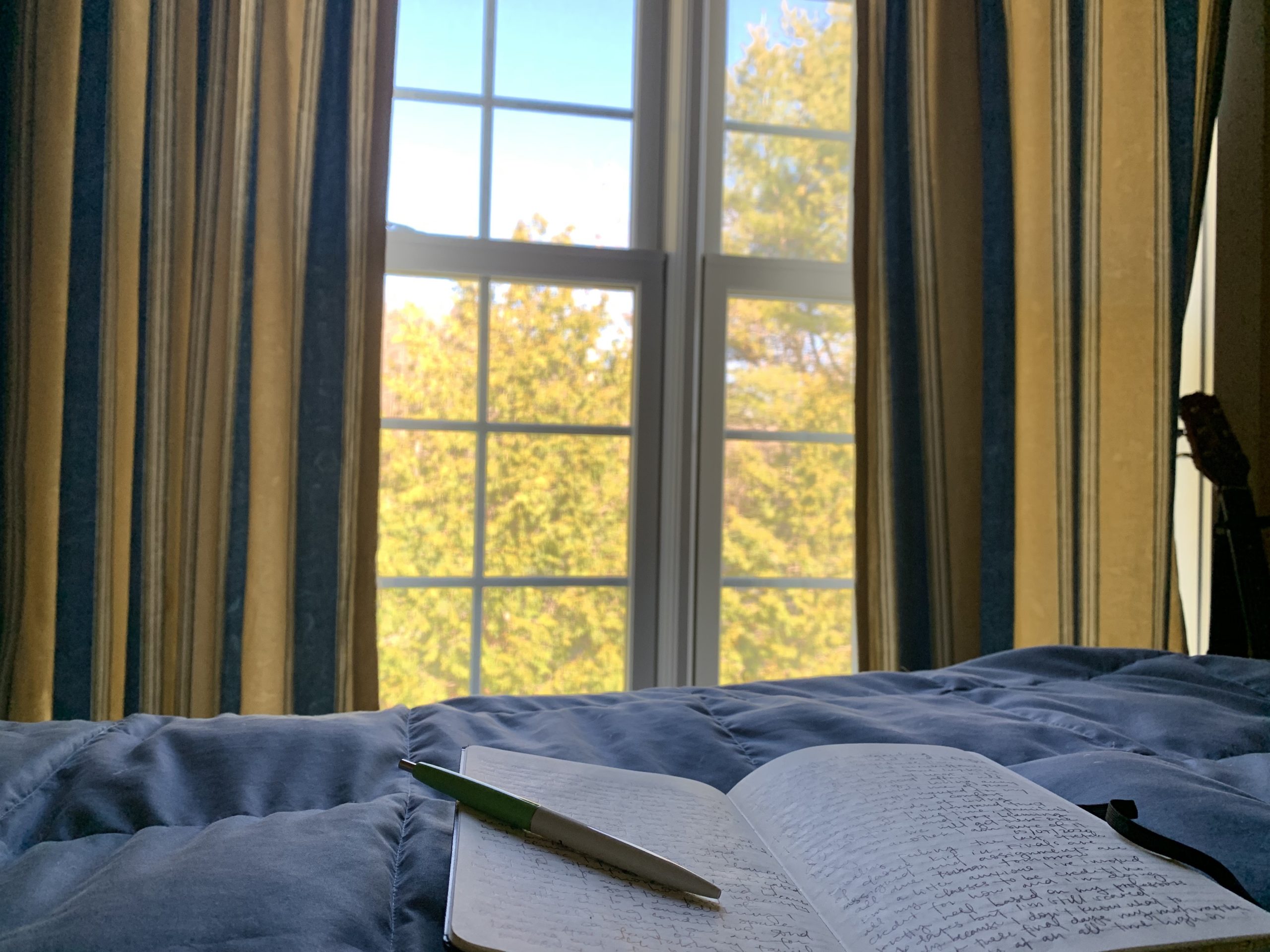 MIDDLEBURY — Thanks to online publishing and social media’s ready-made audiences, the COVID-19 pandemic will likely be the most written about phenomenon in human history.
Most of us are writing publicly, in the moment and for the moment, with little regard for the “historical record.” Some of us are writing in private.
And then there are those, like Middlebury College sophomore Christine Nabung, who are writing privately now for a future public record — which is where it gets kind of complicated.
Nabung and 35 of her classmates are participating in the Twilight COVID-19 Diary Project, which has enlisted a diverse group of students to document their day-to-day lives through June 30. In exchange for a $200 stipend, each student will submit their diary to the Middlebury College Special Collections & Archives, which, after a five-year waiting period, will make the diaries available to future students, historians, policymakers, scientists and other researchers.
“I’ve been journaling since sixth grade, but that was mostly ‘Dear Diary’ types of entries — ‘today I did this’ — and I would include poetry and drawings,” Nabung said, speaking by phone from Lincoln, where she’s been staying since the college canceled in-person classes in mid-March. “It was more of an artistic expression.”
Integrating that approach with the current project has been challenging, she said.
“In the beginning my entries were really hesitant,” she explained. “How personal should I be? Should I be providing more historical context? What is my intention?”
But overall the writing has gone well.
“It’s been good to be able to digest my thoughts and to put them into something tangible,” she said.

TWILIGHT PROJECT
As her approach to the project evolves, Nabung is also working through some conflicts about her role in it and the umbrella Twilight Project itself.
This year the college began the three-year Twilight Project to engage the college community with its historical treatment of traditionally underrepresented and excluded groups.
Middlebury College was the first college in the United States to grant a degree to a student of color (Alexander Twighlight), and it enrolled women well before most of its peer institutions.
“Nevertheless,” college officials said on the project website, “the College has faced continuous challenges over diversity, inclusivity, and equity.”
Twilight Project Co-director Rebekah Irwin developed the COVID-19 Diary Project and recruited students to participate.
“Eligible diarists need to identify as members of diverse communities historically excluded from the cultural record, including racial, ethnic, and religious minorities, immigrants, LGBTQ+, low-income, or those with documentable learning or other forms of disabilities,” Irwin wrote in an April announcement to students. “Diarists need not be writers, scholars, poets, or artists. We want you to write about daily life, from your personal perspective. The emphasis is on honesty, plain-spokenness, and a willingness to be a witness to your experience. Students from all disciplines and all class years are welcome to apply.”
Nearly 100 students applied in less than two days, Irwin told the Independent, and 36 were chosen.
Nabung identifies with several of the above listed communities, she said: “first-generation, low-income, immigrant (migrated from the Philippines) and women of color.”
She appreciates the mission of the Twilight and diary projects, but she acknowledged she has felt some ambivalence about her relationships with those identities and the ways they might play out — or be transformed — by such projects, especially since she’s being paid to participate.
“I’m still learning about those relationships,” she said, “and I am trying to write with intention.”

PAPER VS. SCREEN
Irwin, who as an archivist has a soft spot for handwriting, wanted to at least offer students the opportunity to write in notebooks, but she figured most of them would choose instead a premium version of the Day One journaling app.
But 22 out of the 36 students wanted to keep handwritten diaries.
And many of those students really wanted a journal from the Vermont Book Shop.
Ordering 22 identical journals then delivering or shipping them to locations all over the country — in the middle of a global pandemic when retail businesses were allowed only to conduct curbside service “wasn’t too much of a challenge,” said Vermont Book Shop owner Becky Dayton. She enjoyed putting the packages together and threw in a free VBS pen for good measure.
“I miss them,” Dayton said of the students, most of whom were forced to depart campus in mid-March. “They bring youth and enthusiasm and energy and curiosity to the community.”
Nabung’s Moleskine was delivered in early May, but she let it “quarantine” for a few days, she said.
While she waited, she wrote on loose paper, which she eventually attached to the journal. Her diary entries have ranged from two to five pages, she said.

HEADING HOME
Her semester completed, Nabung will be heading back home to Los Angeles near the end of this month.
“I’ve been trying to take advantage of the rural, pastoral setting in Lincoln, which is quite a contrast to my own home, where my backyard is mostly concrete,” she said with a laugh.
Once things transition from “school to summer,” she’s hoping she’ll have more time to reflect on her diary.
“It gives room for my mind to run wild and see where my thoughts lead,” she said. “Otherwise I would spiral…”
For more information about the Twilight COVID-19 Diary Project, visit middlebury.edu/office/twilight-project/covid-19-diary-project.
Reach Christopher Ross at christopherr@addisonindependent.com.