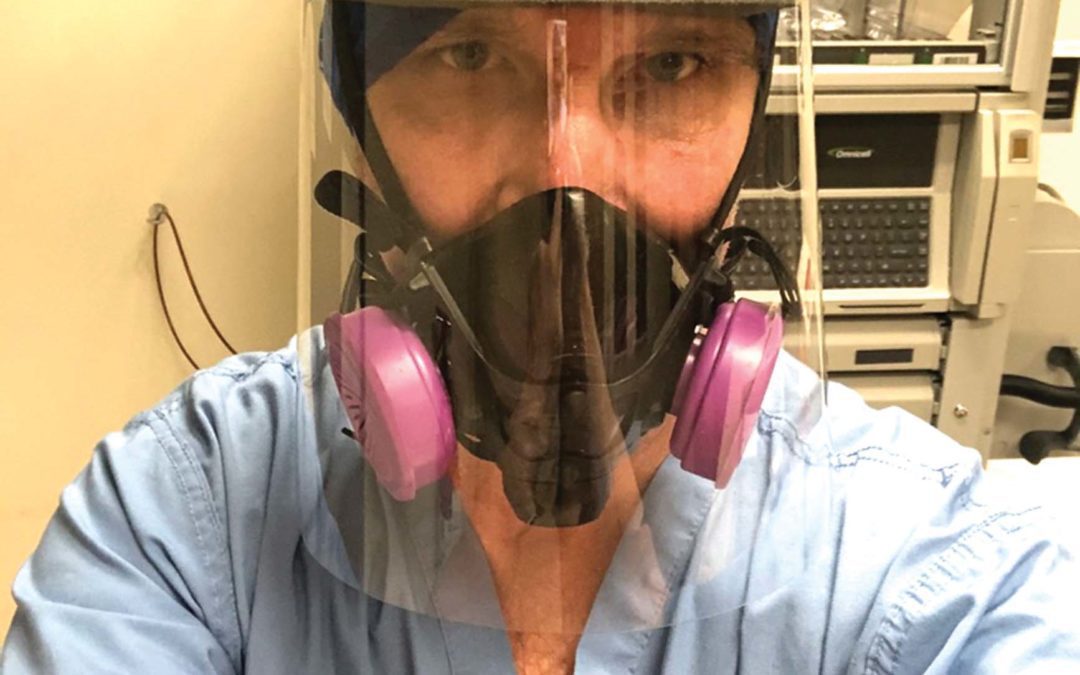 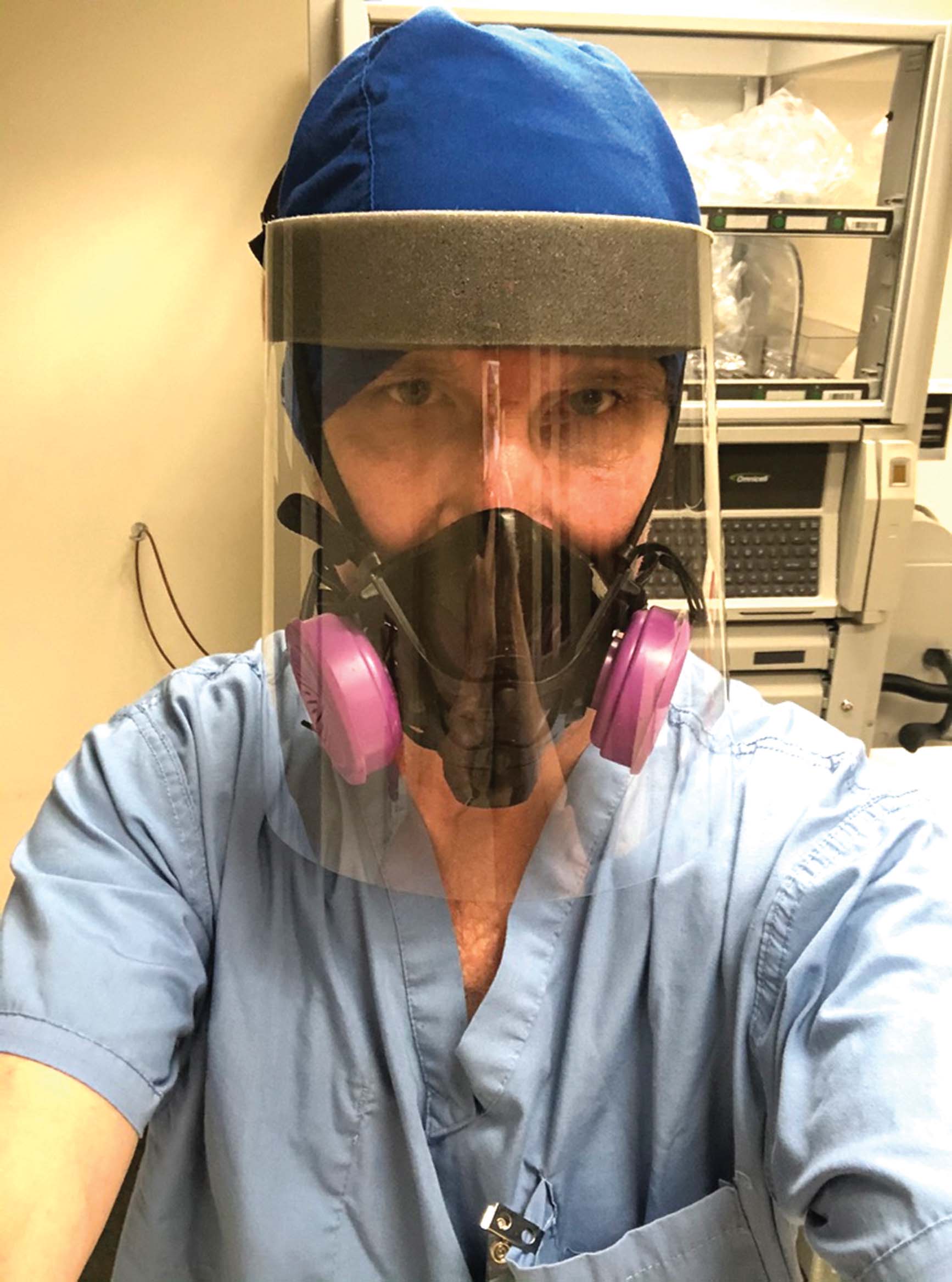 PORTER MEDICAL CENTER anesthesiologist Dr. Wesley Clark was all suited up with personal protective equipment, including a P-100 respirator, for work with COVID-19 patients during a recent stint at a New York City hospital.
By Dr. Wesley H. Clark