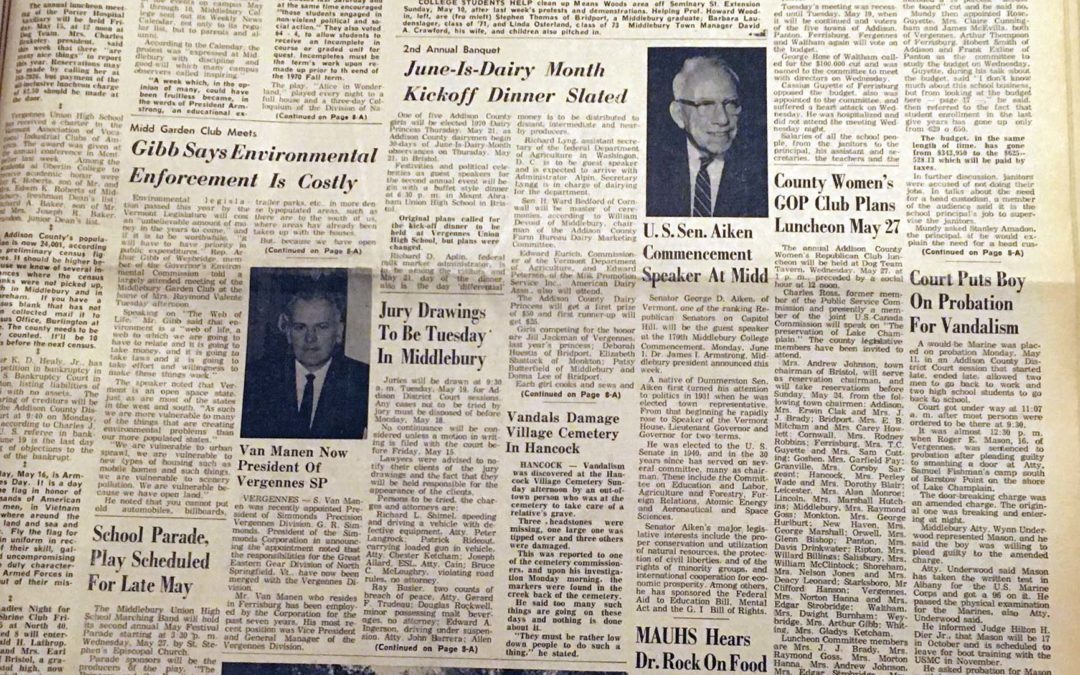 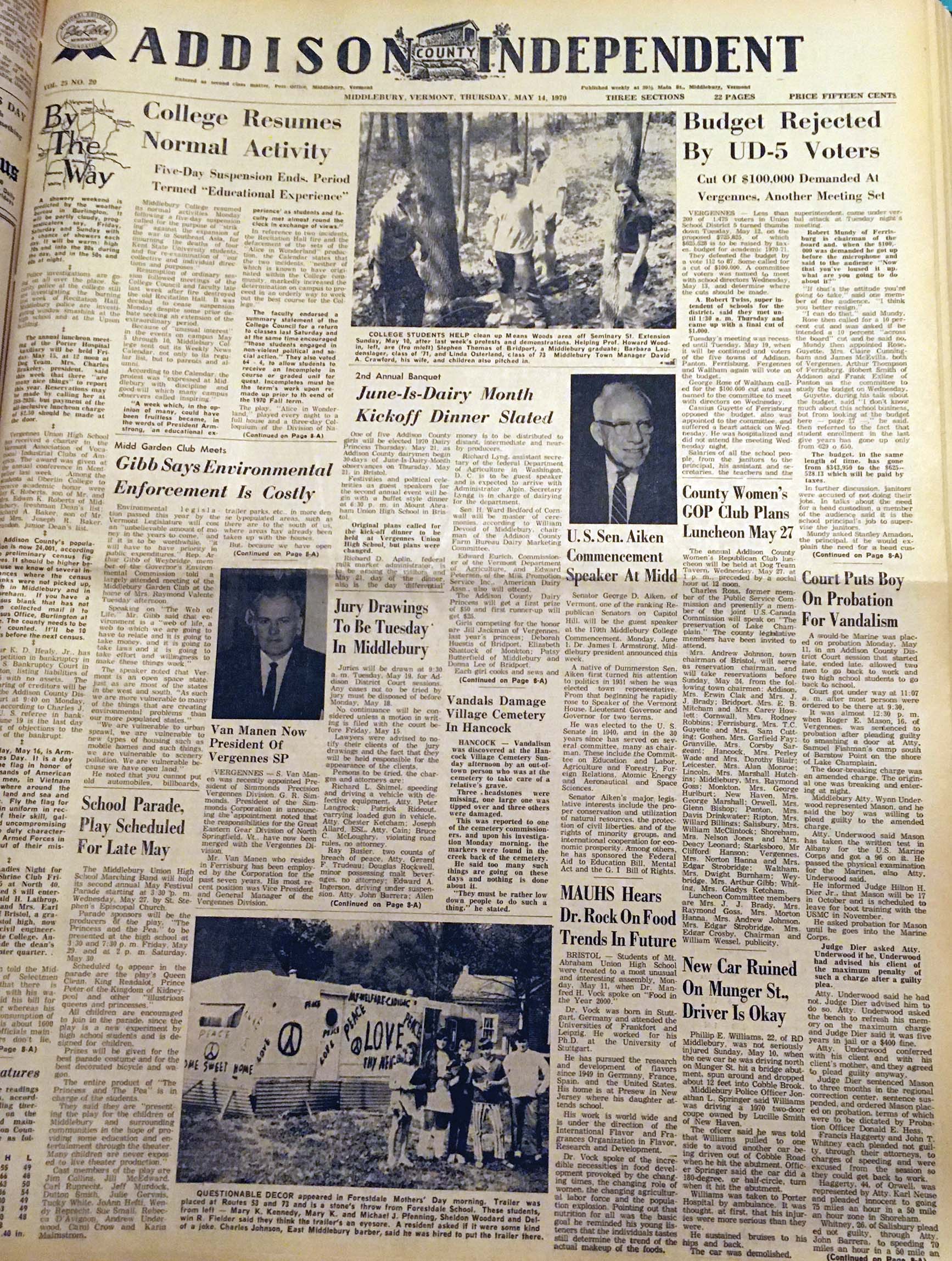 Fifty years ago this week, 112 residents of the Vergennes-area UD-5 school district voted against the proposed $725,825 budget for the upcoming school year, according to a front-page story in the Addison Independent. While that was less than 8% of registered voters, the issue was defeated since only 87 residents voted in favor. Cassius Guyette of Ferrisburg complained that spending had jumped in five years from $343,950 to over $625,000 while student enrollment had gone up only 21 to 650. A meeting to reduce the budget proposal was set.
Here are some of the other top stories that appeared in the May 14, 1970, edition of the Independent:
•  Eight headstones were damaged and vandalized at the Hancock Village Cemetery.
•  Philip Joachim, assistant principal at Vergennes Elementary School, was appointed principal for the coming year.
•  The Addison Central School District joined three other districts in a state-sponsored pilot program to introduce new methods for teaching science in elementary schools.
•  Nine-year-old Billy Comeau of Salisbury and eight-year-old Beth Farrell of Bridport were the winners at the second annual Jaycee Fishing Derby in East Middlebury. Nearly 60 children participated in the daylong competition.
•  The Green Mountain Folklore Society held its spring meeting at Weybridge Elementary School, where the society announced the winners of its annual essay contest. The winning essay, “Sheep Shearing Time,” was written by Alice Hood of East Corinth.
•  Weybridge State Rep. Arthur Gibb, a member of the Governor’s Environmental Commission, told a meeting of the Middlebury Garden Club that the state’s legislation to protect the environment would be costly and would have to “have priority in public expenditures” in order to make a lasting effect.
•  Middlebury College resumed normal activities after a five-day shutdown strike led by the students. The purpose of the strike was to protest the expansion of the Vietnam War into Cambodia and pay tribute to the four students killed in the Kent State University shooting on May 4. Middlebury students and some faculty members spent the five days holding letter-writing campaigns and discussing politics and a wide variety issues ranging from the war in Vietnam to Vermont’s upcoming gubernatorial election. A common warning preached by students and professors alike was for students “not to become captives of either the far left or the far right.”
•  Meanwhile, Middlebury College announced that Republican U.S. Sen. George Aiken would be the school’s commencement speaker next month.
— Emma Pope McCright