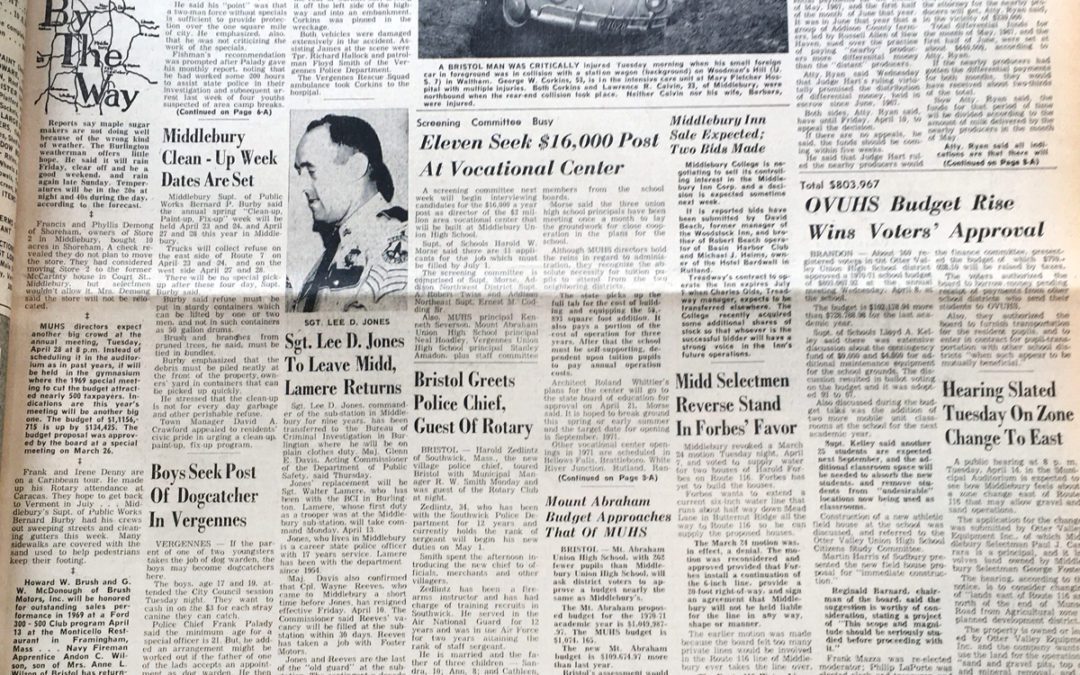 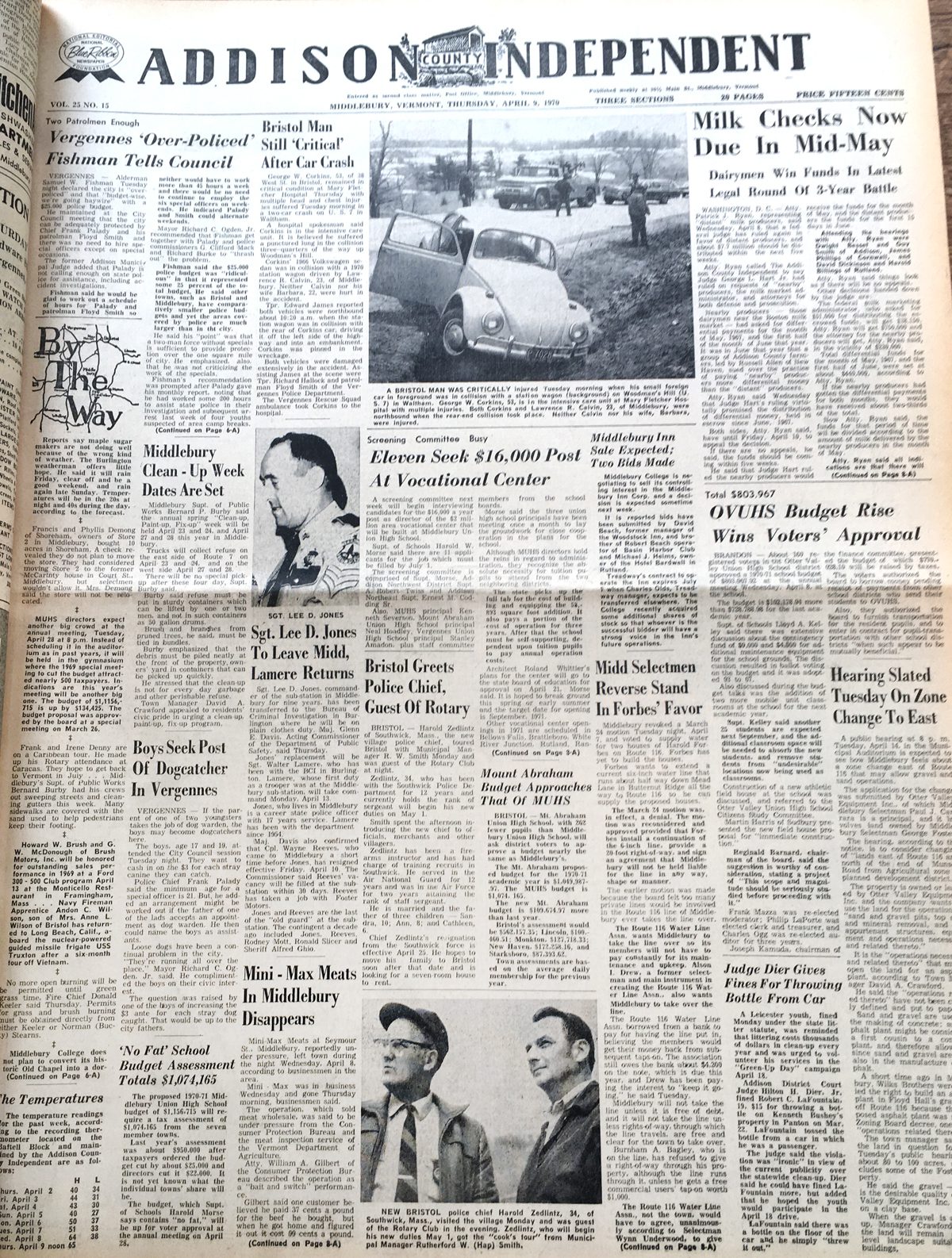 Fifty years ago this week people in Addison County had things on their minds other than COVID-19. Here are some of the top stories that appeared in the April 9, 1970, edition of the Addison Independent:
• Lucy A. Sturtevant of New Haven celebrated her 99th birthday. Ulysses Grant was president when she was born.
• A front-page photo showed a VW Bug in a ditch off Route 7 on Woodman’s Hill in Waltham. George W. Corkins of Bristol was critically injured in a rear-end car collision with a station wagon.
• Otter Valley Union High School’s debate team won first place at the Vermont State High School Debate Tournament at UVM.
• Over 100 students from three schools gave well-received performances at Mount Abraham Drama Club’s second annual Drama Festival. The Mt. Abe club performed “St. Patrick’s Day” by Richard Brinsley Sheridan, with standout performances by Michael Bushey and Elizabeth Shattuck.
• The Vermont Legislature wrapped up its legislative session, passing bills to control water pollution, ban the use of DDT and other pesticides, create a statewide police communication system, and provide a $120 bonus to Vietnam veterans. The legislature refused to approve reforms to Vermont’s 124-year-old abortion laws.
• The Mini-Max Meats store in Middlebury “disappeared” from its Seymour Street location as its owners hurriedly left town. The wholesale meat market was under investigation by the Consumer Protection Bureau and the Vermont Department of Agriculture for supposedly scamming its customers. Businessmen described the store as being “in business Wednesday and gone Thursday morning.”
• Five Vermont dairy farmers — including Dwight Besset and Guy Smith of Addison and James Phillips of Cornwall — attended a hearing in Washington, D.C., to determine whether or not milk producers more distant from the Boston milk market should be paid more money for their milk. The farmers were part of a group from Addison County, led by Russell Allen of New Haven, that was part of a three-year lawsuit over the practice of paying farmers located close to Boston more than those who lived farther away. Although the judge ruled in favor of the “distant producers” receiving more funds, uneven milk prices remain part of dairy pricing to this day.
— Emma Pope McCright