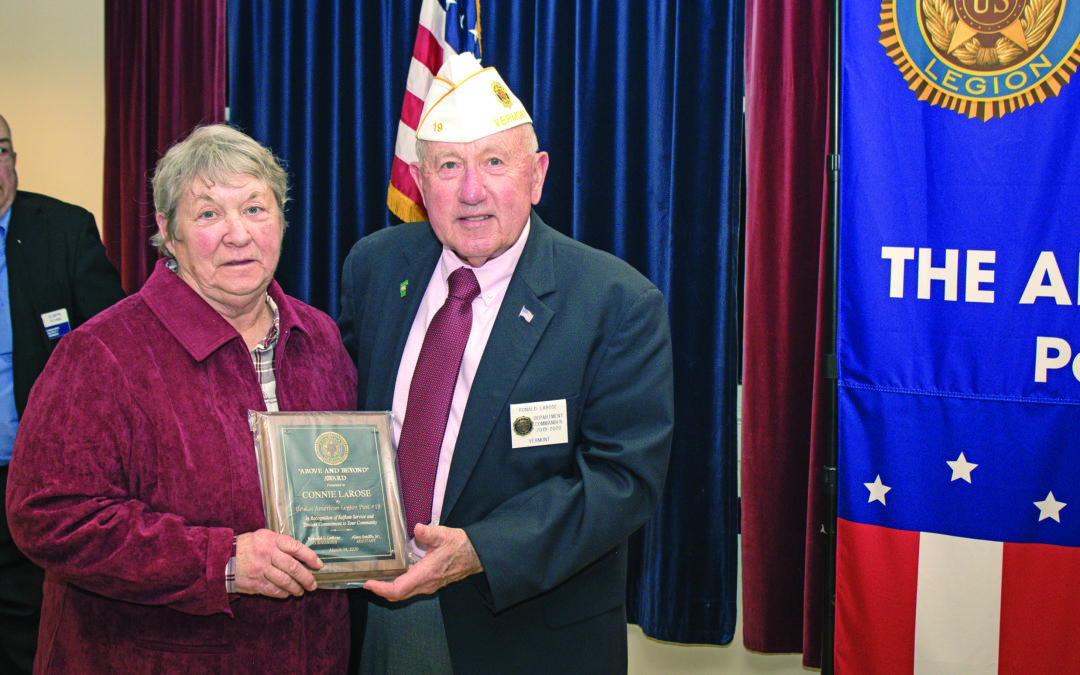 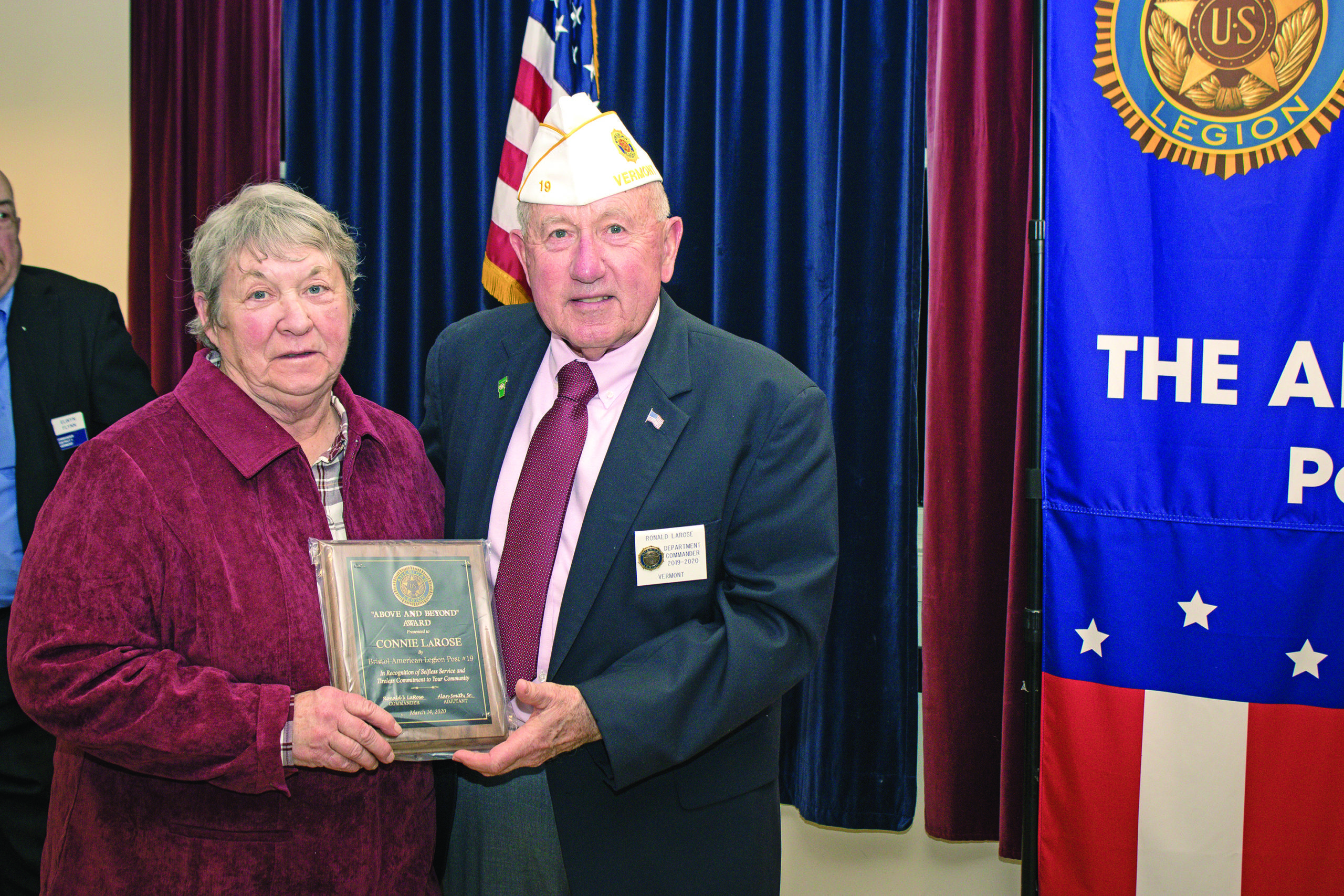 BRISTOL — During the recent Annual Legion Birthday Dinner, Bristol American Legion Post 19 recognized members for various achievements. Some members of the Sons of the American Legion and the Legion were recognized for 5-year increments of continuous memberships through 2019.
The Annual Above & Beyond Award was presented to Connie LaRose. She was nominated by Boy Scout Troop 543 Committee.
LaRose has been involved with Scouting for over 40 years, serving in both Pack 543 and Troop 543 as a den leader, cubmaster, advancement chairman, assistant scoutmaster, scoutmaster, and merit badge councilor. She has participated in many training opportunities in scouting, including the arduous premier training course for wood badge. She has been awarded the Scouter’s Key, Unit Leader Award of Merit, Scoutmaster Award of Merit, Adult Religious Award, and the District Award of Merit. For more than 10 years she has been the constant adult at summer camp for 20 or so Scouts.

LaRose’s other interests include playing guitar at weekly masses, running the Valley Magic AAU Basketball Program for girls and boys of the Mount Abraham Unified School District, and running the girls’ varsity basketball program at Mount Abraham Union High School. She has been a varsity coach for 31 years, compiling a record of 469-216, which includes four state championships and six runner-ups.

Along with LaRose, Loren Lathrop was recognized for having raised over $15,000 in gun raffles in the last five years to support the Legion Color Guard and various other programs.