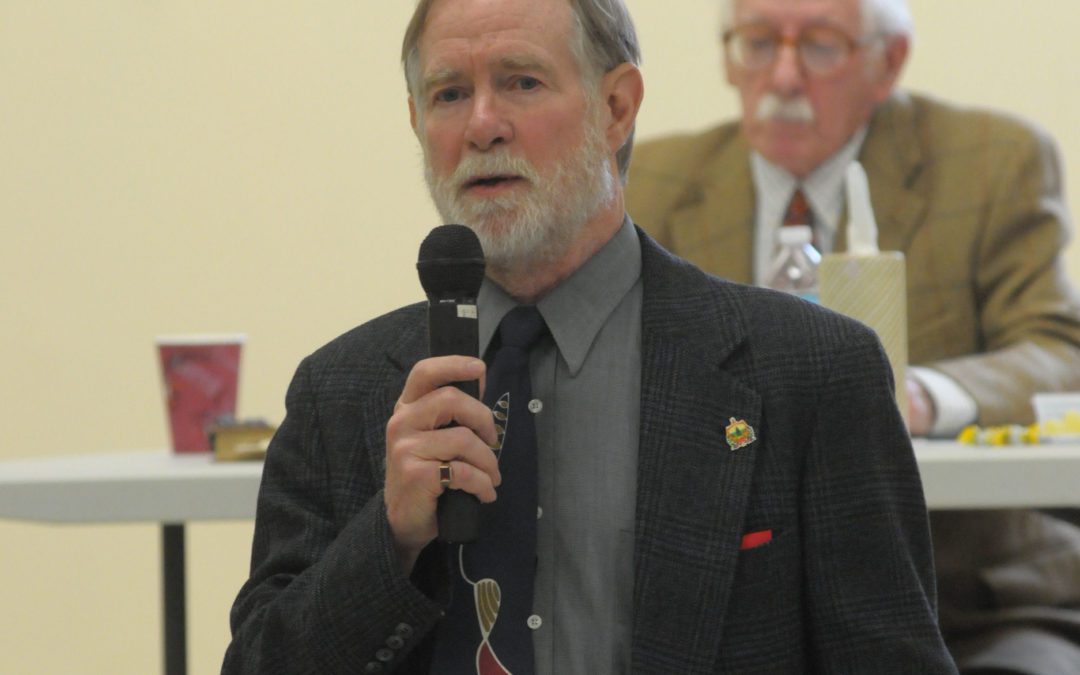 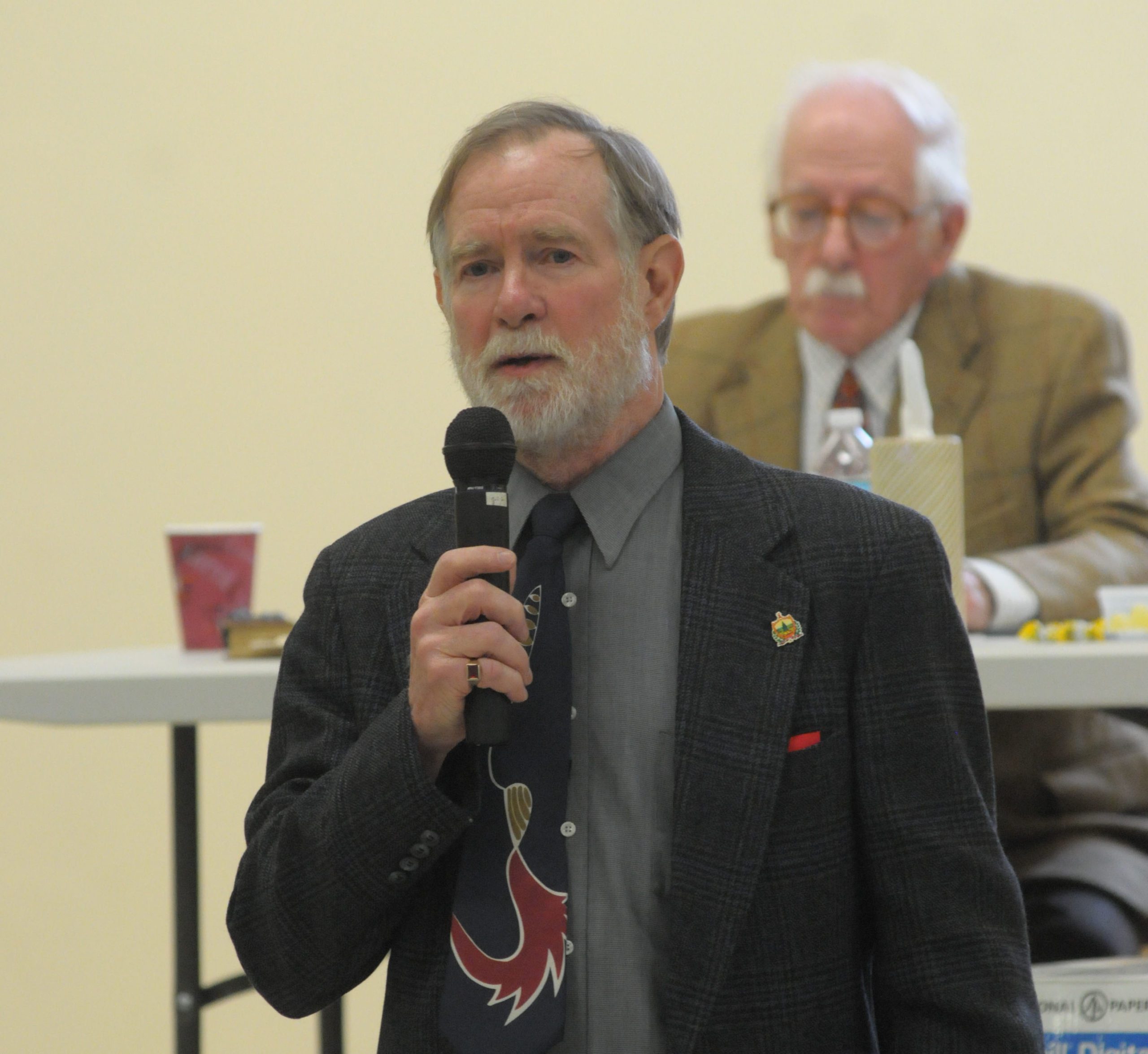 DAVID SHARPE, ADDRESSING the Monkton town meeting during his last year as a state representative in 2018, is running for the Mount Abraham Unified School District board as a write-in candidate in Bristol.
By Andy Kirkaldy

I’d like to find a way to preserve local elementary schools. I think they’re important to our communities
— David Sharpe

BRISTOL — A retired veteran Vermont legislator and former Bristol selectboard member has emerged in the 11th hour as a write-in candidate for an open Bristol seat on the Mount Abraham Unified School District board.
David Sharpe, who for four years served as chairman of the Vermont House Education Committee, went public with his candidacy at the MAUSD annual meeting on Feb. 25.
Sharpe, a Bristol resident since 1970 and nine-year member of the Bristol selectboard, also served on the Bristol Planning Commission and represented the town on the Addison County Solid Waste Management District. He was a member of the Vermont House for 16 years ending in 2018.
According to Bristol Town Clerk Jen Myers, Sharpe will need 30 votes, or 1% of the town’s checklist, to successfully win the seat, assuming another write-in candidate doesn’t run and earn more votes.
Incumbent Bristol MAUSD board member Allison Sturtevant in January did not petition for re-election, and no other candidate filed papers for the three-year term on the board.
If Sharpe or another candidate does not reach the 30-vote threshold in Town Meeting Day voting, Myers said the Bristol selectboard would advertise the vacancy and then make an appointment to the school board.
Sharpe said he noticed the vacancy on the ballot, and after a year-plus away from the political scene in Montpelier he felt ready to contribute again.
“I wrote an op-ed in your paper about my concerns regarding the Mount Abe budget. So those remain. Act 46 was promising administrative savings and opportunities for kids. And this is an opportunity for me to follow up on that work in the Legislature and make it happen or help it happen at a local level,” he said. “Or see what impediments there are that need to be addressed by the state and give feedback to my colleagues back at the Statehouse on what needs to be improved.”
Sharpe said he is concerned about the future of local schools.
“I’d like to find a way to preserve local elementary schools. I think they’re important to our communities. I understand the demographic problem that our nation, really, is facing, with the emptying out of rural areas. But if we can avoid abandoning our local public schools I think that would be really good,” he said. “These local elementary schools are valuable for the kids and the communities. If they can remain financially viable, then we should do what we can to keep them open.”
Sharpe was first elected to the Vermont House in 2002, while still serving as a Bristol selectman and as an Automotive Technology teacher at the regional technical centers in Middlebury and Essex Junction.
In his first term in the Legislature he worked on a bill that aligned Vermont statutes with new federal rules around voting and voter registration
In 2008 Sharpe was picked as the House Democrats’ chief negotiator with the administration of then-Gov. James Douglas on revisions to Vermont’s unemployment funding system during the great recession. Compromises reached then led to the system’s solvency today.
Sharpe was also among the 100 House members who in 2009 over-rode the Douglas veto of Vermont’s law making same-sex marriage legal, and Sharpe was active in Montpelier in supporting environmental legislation.
But he is possibly best known for his chairmanship of the House Education Committee from 2015 to 2018. During those years the committee passed Act 46, the law that has encouraged school consolidation. Many districts have now united their governance and spending under the oversight of single board, while statewide funding mechanisms were also put in place to discourage high per-pupil spending.
Between his high profile in Montpelier and history of service to Bristol, Sharpe is confident in running a word-of-mouth campaign — and in his ability to be effective on the MAUSD board.
“I have a strong understanding of school finances,” he said. “I have a pretty good understanding of the community I live in, and I think that is helpful.”
Andy Kirkaldy may be reached at andyk@addisonindependent.com.