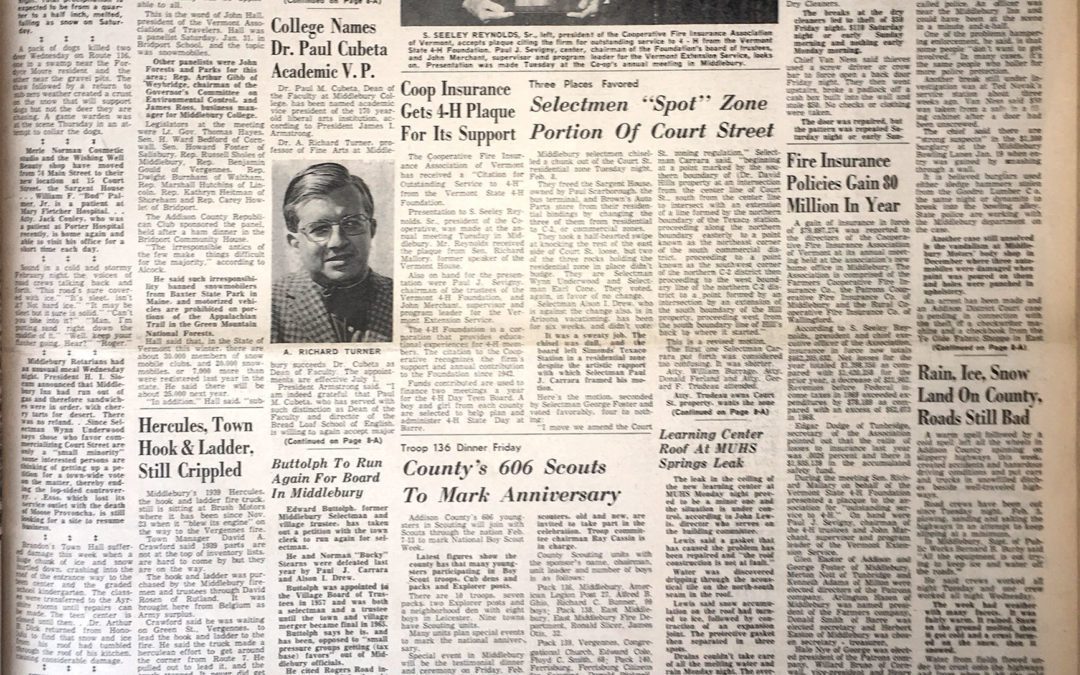 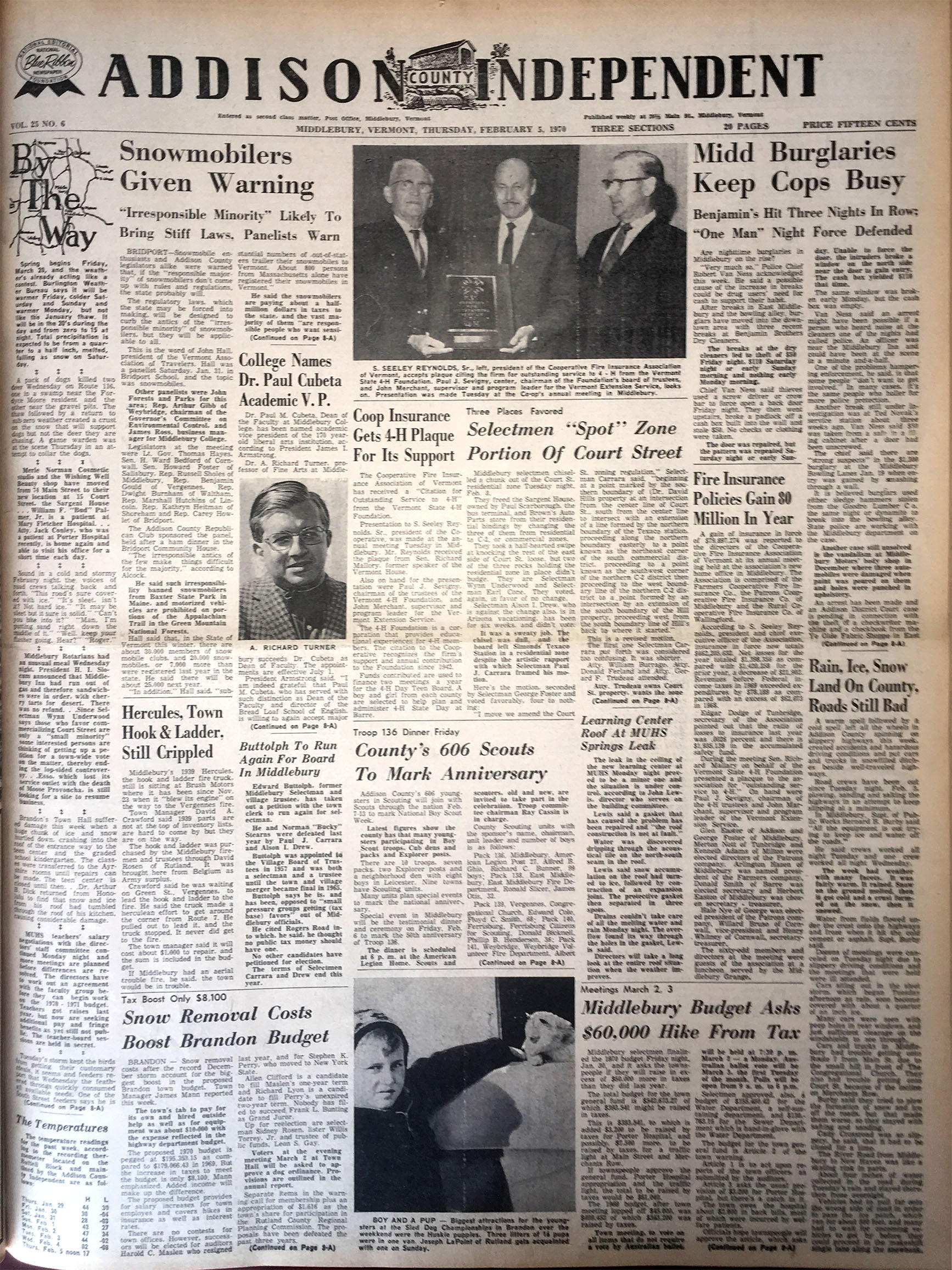 Fifty years ago this week, newspaper readers in Addison County could buy a copy of the Addison Independent for 15 cents. Here are some of the top stories that appeared in the Feb. 5, 1970, edition of the Independent:
• Benjamin Brothers Dry Cleaners in Middlebury was burgled three nights in a row; thieves made off with a total of $160. These were just a few of a weeks-long spate of burglaries, which cost almost $2,000 in damages overall. Middlebury Police Chief Robert Van Ness blamed the thefts on drug addicts in need of cash, and noted that there was only one officer to patrol both Middlebury and East Middlebury during the night times, when many of the burglaries took place.
• The Mount Abraham Union High School theater arts class performed for elementary schoolers in Bristol, teaching them about improvisation and pantomime, stage makeup, and how to make stage lighting out of vegetable cans.
• Woodman Hall, a Monkton landmark, was destroyed by high winds.
• The National Commission on Product Safety warned Americans that 122 models of color television sets had a tendency to catch fire and explode and were a hazard to the public.
• Ninety dog teams from as far north as Quebec and as far south as Virginia participated in “one of the biggest dog-team races in Vermont in 10 years” in Brandon. Race organizers had difficulty clearing the race trails of heavy snow, but remained optimistic that the success of the race would lead to its becoming an annual affair.
• Five people were injured in a rear-end collision outside of Otter Valley Union High School. Eight other car crashes were reported across the county, luckily none of the drivers were injured.
— Emma Pope McCright