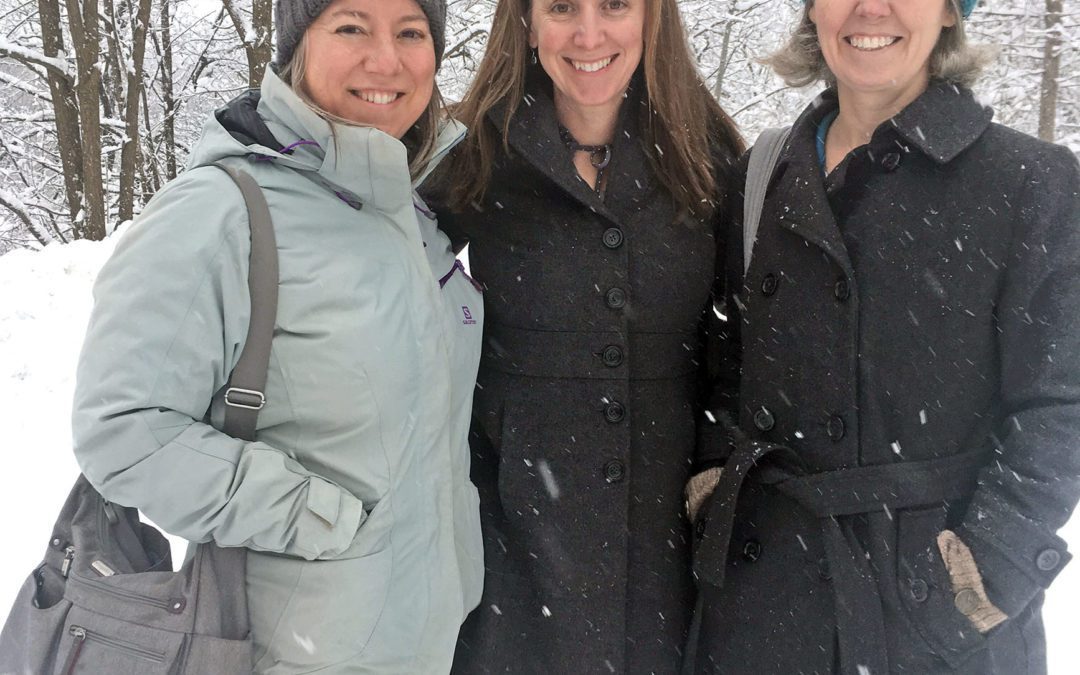 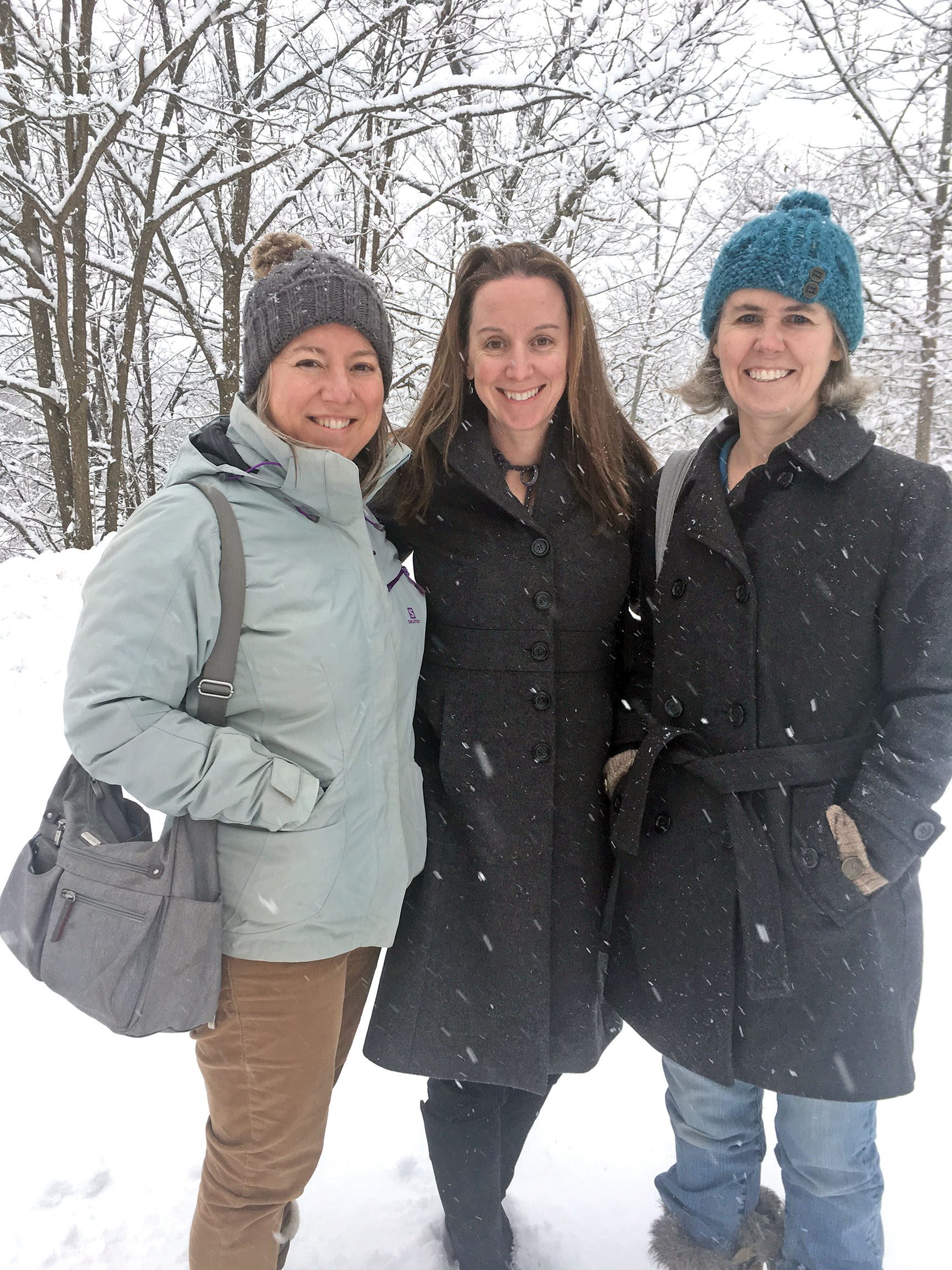 WEYBRIDGE — Three Weybridge women have joined forces to infuse two ingredients they believe have been in short supply thus far in the school closure debate in the Addison Central School District: financial statistics and conversation that prioritizes students’ needs.
“We want to be doing what works best for children, particularly our most vulnerable children, and we want that to be at the very heart of our school board’s planning and decision making process,” said one of the women, Julia Barry.
She and her friends Amy Mason and Jennifer Phelps have a combined seven children attending either Weybridge Elementary or Middlebury Union Middle School (MUMS). They realize that Weybridge Elementary — with its 55 students — is one of the smallest schools in the ACSD and therefore under the microscope for potential closure as district officials seek to contain costs, while providing equal educations opportunities, in a climate of declining enrollment.
The ACSD includes the elementary schools in Bridport, Cornwall, Middlebury, Ripton, Salisbury, Shoreham and Weybridge, along with MUMS and Middlebury Union High School. Member-schools have lost a combined total of 100 students during the past two years, according to ACSD Superintendent Peter Burrows. The current forecast calls for 1,600 students next year (excluding Pre-K), down from the current 1,617.
At the same time, ASCD officials have been taking stock of local school buildings. The district board will host a Jan. 27 meeting at which it will review a consultant’s recommendations for a combined total of almost $16.2 million in repairs to the ACSD’s seven elementary schools. This information will be part of a facilities master plan that will guide the board as it determine which school buildings should fit into the ACSD’s educational mission going forward.
Mason, Phelps and Barry said they’ve ben concerned about the recent tone and substance of the school consolidations.
“It has put people — neighbors and friends — potentially into a competitive situation, versus a collaborative situation with each other,” Mason said during a recent interview. “We can come together and look at possible solutions, think about what our core values are and what our priorities are, and find a way to make sure kids are getting what they need and acknowledge that the enemy isn’t each other; it’s demographics, and resource constraints that are being handed down to us from the state level.”
The women said they hope educational programming, rather than the fate of specific schools, would dominate future discussions.
“While we don’t know what the outcome of this process will be, we do know we want to come out of this process with a superintendent who is proud to lead this district, a board that’s happy to serve, communities who see each other as allies, and students — especially our most vulnerable students — who are getting an excellent education,” Barry said.
Asked if she would endorse school mergers if such a scenario could be proved to provide the best educational opportunities for local students, Mason said, “If we could be assured through rigorous discussion and analysis that the benefits of consolidation would outweigh the challenges that (school closures) would present to the district, then we wouldn’t oppose it.”
The three friends — who haven’t coalesced under any organizational name — have developed a website (friendsofacsd.com) on which they’ve posted education-finance information they say should inform future discussions about school mergers. Phelps was the lead researcher of that information, which she said was culled from both the Vermont Department of Education and the ACSD.

MISCONCEPTIONS
Phelps hopes the info dispels what she believes are three misconceptions that she said have been swirling around the consolidation debate. Among them:
•  That Middlebury’s education tax rate is higher than education tax rates in outlying towns. In reality, she said all seven towns in the ACSD have the same education tax rate as a result of governance unification (Act 46). They acknowledged, however, that the individual tax rates differ from town to town due to the common level of appraisal (CLA).
A CLA calculation is applied to all town education tax rates to equalize education funding across the state by ensuring that the appraised grand list value of a town reflects fair market value. Since towns don’t reappraise every year, and real estate markets are constantly changing, the CLA was developed to ensure that each town is paying its fair share in education property taxes regardless of whether the town’s appraised grand list value is above or below fair market value, according to Phelps.
•  That Middlebury’s education tax rate went up after governance unification. In fact, Middlebury’s education tax rate went down, according to Phelps.
•  That Middlebury taxpayers are subsidizing elementary schools in outlying towns. In fact, Phelps said, all Vermont taxpayers pay into the state’s education fund that bankrolls all Vermont public schools.
“The reality is that Middlebury’s per-pupil spending is the lowest in the district, but Middlebury’s per-pupil payment of education taxes into the state fund is less than half the amount of some of the outlying towns,” according to Phelps.
“To say that any town in our district subsidized another town in our district is inaccurate and oversimplifies the relationship between per-pupil funding and per-pupil spending,” she added.
Phelps’ arguments are spelled out in greater detail at friendsofacsd.com.
The trio is aware of other groups that have formed around the ACSD schools consolidation question. The Independent recently profiled “Save Our Schools ACSD” and a pro-consolidation group made up of Mary Hogan Elementary constituents.
“Our focus is less on attaching to — at this point — a particular outcome and wanting instead to emphasize the coming together of people and the sharing of different perspectives and empathy for what students and other people are experiencing in different towns,” Mason said.
Reporter John Flowers is at johnf@addisonindependent.com.