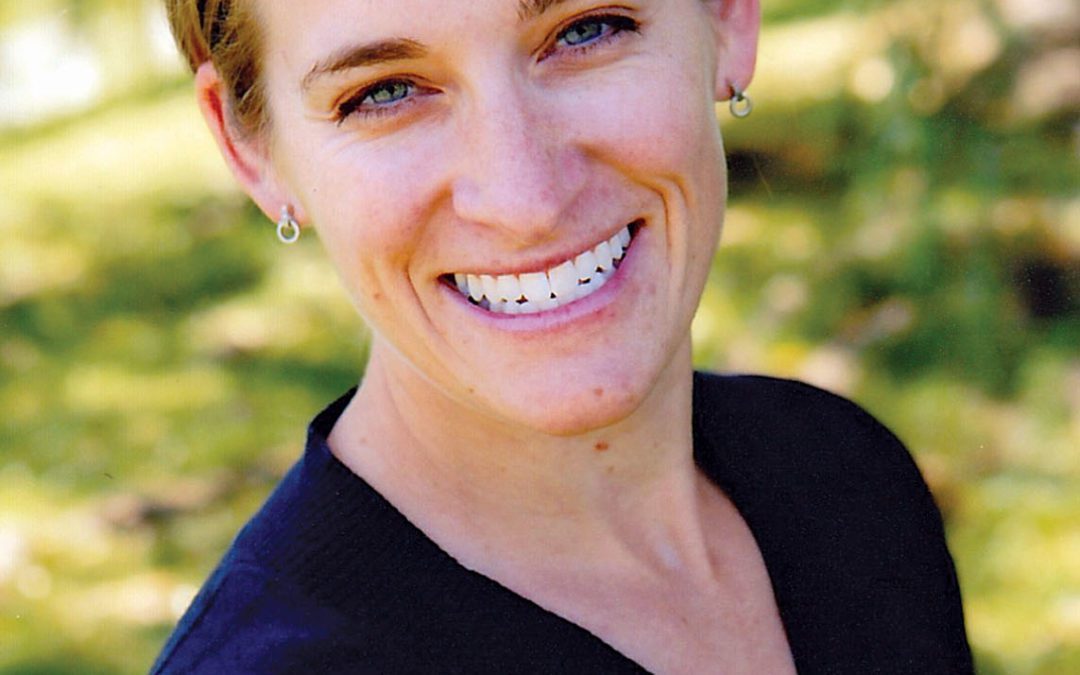 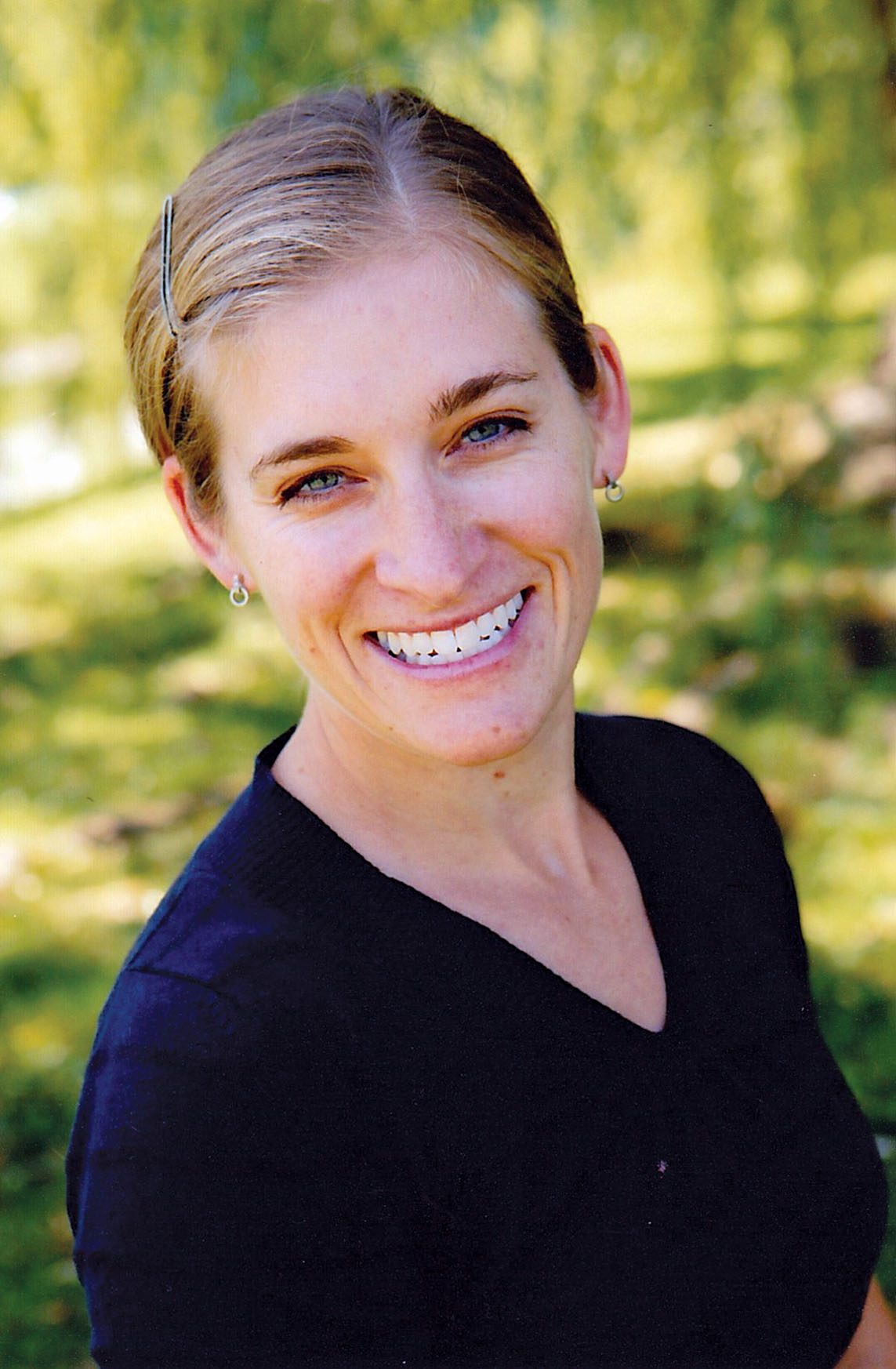 AMY RICE IS a registered dietician based in Middlebury.
By Christopher Ross

If you’re at war with your body and you follow a specific diet without looking at how and why you eat, without getting in touch with your internal guide, you’re ultimately going to fail.
— Amy Rice, registered dietician

ADDISON COUNTY — Earlier this month, with “input from a panel of health experts,” U.S. News & World Report released a ranking of “the best and worst diets.”
The national media immediately picked up the story, and advocates for popular diets that ranked poorly took to the internet to criticize the “science” behind the rankings.
For people struggling to lose weight, regain their health or repair their relationships with food or their own bodies, such rankings may seem to hold out renewed promise for an easy, straightforward solution to their problems.
But that promise may just be a false one.
“The worst-ranked diet should be anything that calls itself a ‘diet,’ really,” said Amy Rice, a registered dietician based in Middlebury.
The real problem, she said, is the diet mentality.
Rice’s is a common assessment among nutrition scientists, but getting the message across can be challenging in a media environment dominated by the $72 billion weight-loss industry, whose existence depends in large part on perpetuating that diet mentality.
The message has gotten so lost among the noise, in fact, that in 2018 journalist Michael Hobbes actually accused the medical establishment of purposely ignoring, for 60 years, “mountains of evidence” that “diets do not work.”
Not long after Hobbes’s story appeared, Charlotte Markey, a psychology professor at Rutgers University-Camden, and author of the 2014 book “Smart People Don’t Diet,” cried foul.
“Some of us have been desperately trying to share this truth for decades,” Markey wrote in U.S. News and World Report. “But people don’t want to listen. The message that diets don’t work isn’t nearly as appealing to consumers as plans, pills or potions that purport to ‘cure’ the concerns they have (warranted or not) about their weight.”
Instead of blaming doctors, Markey suggested, we should teach them “when and how to refer to other qualified health professionals, like (registered dietitians), and encourage health insurance companies and hospitals to support that.”
Markey makes this recommendation not because she thinks registered dieticians guard some secret store of nutritional information, but because there is no secret store of nutritional information.
Dietary advice hasn’t really changed all that much in last few decades, said Marion Nestle, a retired professor of nutrition, food studies and public health, in an article published last spring on WebMD.
“Eat vegetables; don’t eat too much salt, sugar, and saturated fat; watch your body weight; and don’t eat too much junk food,” Nestle said. “I mean that hasn’t changed since 1960. What seems to change is research about individual nutrients and individual foods, but that’s not how people eat.”
But, thanks to a constant flood of conflicting information, it’s often how people think.
“Diets can be like a kind of religion,” Rice said. “‘Keto is the way to salvation!’ ‘Intermittent fasting is the way to salvation!’ But if you’re at war with your body and you follow a specific diet without looking at how and why you eat, without getting in touch with your internal guide, you’re ultimately going to fail.”

THE POWER OF FOOD
Once eaters have healed their relationships with food, then they can begin to look at the foods they’re choosing and make adjustments toward nutritional balance, she said.
“When people start to increase their awareness about how they eat or why they eat they realize there are a lot of feelings in there that they might not have been aware of,” Rice said. “How much of a meal do people spend comparing themselves to how other people are eating? What judgments happen throughout the day while people are eating or even while they’re not eating?”
It can be messy work, Rice acknowledged.
“People hate that it’s not black-and-white like diets are, which is why they’re like, ‘Ugh! Let me just go back to this diet.’”
It’s also why people tend to get stuck in cycles, she said.
“One of the big pieces is permitting yourself to eat something that’s not quote/unquote ‘good’ food,” Rice explained. “People say, ‘Wait, you want me to eat dessert every day? I won’t be able to stop!’ But when you never let yourself eat certain things, those things can become very powerful.”
Transitioning away from the notion of “good food/bad food” and thinking in terms of just “food” can help take that power away.
“I try to help people stop thinking of food in these moral ways with guilt and shame and all these feelings around food, and get them into an ‘all foods fit’ mentality.”
People aren’t always aware of the extent to which they’re affected by “diet culture,” Rice said.
“Even if people are not following a specific meal plan or diet, those kinds of judgments can creep into their relationships with food.”
Rice earned her degrees in Virginia and Massachusetts, and has practiced in Florida, Maryland and Vermont.
In some ways, where nutrition is concerned, the Green Mountain State may be ahead of the game.
“There are strengths and resources here that maybe other people don’t have as much in other regions,” Rice said, citing Vermont’s strong local-food movements, community supported agriculture, farmers’ markets and school lunch programs, which have helped contribute to the state’s increasingly healthy food culture.
But ultimately, people here tend to struggle in the same ways as elsewhere, she said.
“A lot of these issues — obesity, food insecurity, equating physical appearance with health — they’re universal issues. Vermonters are just like everyone else: They want to be happy and healthy.”
Reach Christopher Ross at christopherr@addisonindependent.com.