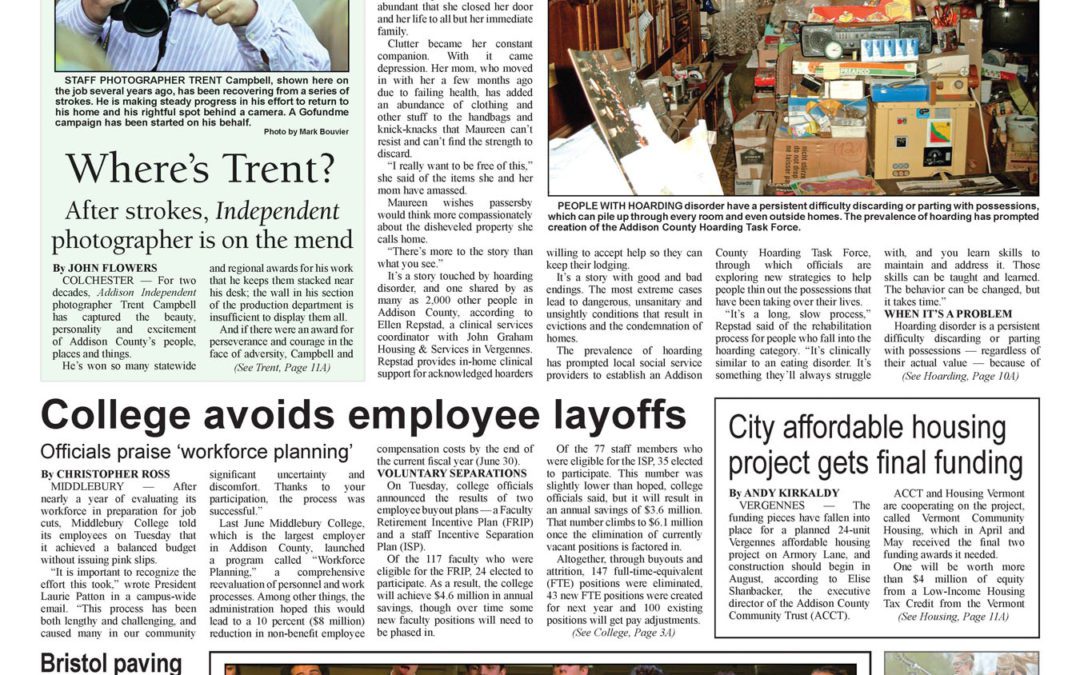 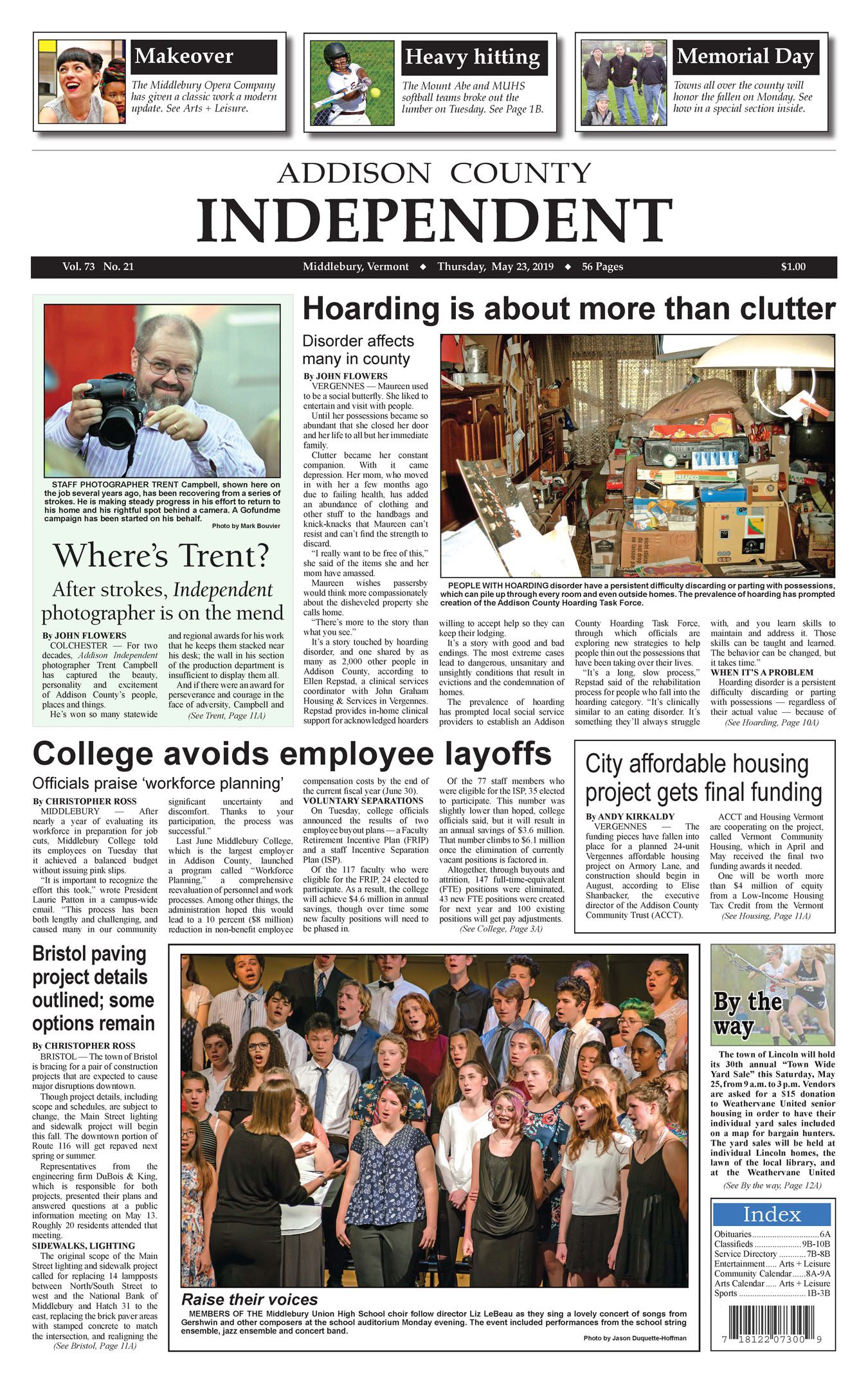 WE WROTE ABOUT the "Workforce Planning" process at Middlebury College in our May 23, 2019, issue.

In 2019 the county’s largest employer, Middlebury College, completed a comprehensive reevaluation of personnel and work processes, eliminating roughly 100 positions and creating annual budget savings of several million dollars — all without laying anyone off.
But it was, and in some ways continues to be, a rough adjustment for faculty, staff and administration.
The process, called “Workforce Planning,” had required each department at the college to submit two plans to the administration: one that cut staff costs by 10% and one that cut costs by 15%. Many employees found the process stressful and expressed concerns not only about job security but also about future work burdens for employees who survived any significant staff cuts.
Meanwhile, the college offered retirement incentive plans to nearly 200 faculty and staff members. About a fifth of the faculty elected to participate, resulting in an annual savings of $3.6 million, and nearly half of eligible staff took advantage of the plans, resulting in annual savings of $3.6 million.
Altogether, through buyouts and attrition, the college eliminated 147 full-time-equivalent (FTE) positions, created 43 new FTE positions for this year and set pay adjustments for 100 existing positions. But no one received a pink slip.
In May college officials announced that Workforce Planning had been a success. The college was predicting that next year’s spending plan was set to become the first budget to produce a surplus since 2012, a significant financial milestone, considering the fact that it had run deficits as high as $16.7 million in recent years (it made up the difference between incoming revenue and outgoing spending by tapping its endowment).
For many current employees, job descriptions have indeed changed and responsibilities have shifted. Some employees found that their new duties earned them an increase in compensation while others received outright promotions.
But some faculty and staff expressed concern and frustration about their employment and about how the Workforce Planning process had gone, according to multiple reports in the Middlebury Campus newspaper this fall:
• In March, a survey conducted by the Faculty Council Working Group on Partner Inclusion suggested that nearly a fifth of the faculty were actively looking for other employment, in part because of inadequate partner-hiring policies. In November Middlebury President Laurie Patton announced the creation of a new position dedicated to improving partner inclusion policy and practice.
• Over the summer some members of the facilities staff contacted a union representative about organizing themselves. Some cited low wages and the feeling that their voices were not being heard by the administration.
• In December, students held a protest on campus, demanding a “living wage” for college staff at the lowest pay bands. The college promised to review those wages and bring them in line with the “market.”
In the meantime, the faculty and staff struggled mightily with an entirely new online financial platform called Oracle, which was implemented not only to save money and increase efficiency but also to reduce the college’s security vulnerabilities. By year’s end, many employees were still struggling.
Patton acknowledged that the transition away from the college’s previous, decades-old system has been challenging, but insisted that the new system would eventually lead to greater efficiency.
“The whole point of it is to make the back-office stuff that people don’t see as seamless as possible, so that the really glorious, inefficient, human, high-touch work of education can go on as it always has, and then get better and more vibrant.”
At the end of 2019, Middlebury College had 1,144 full-time and 72 part-time employees (1,216 total) in Vermont.