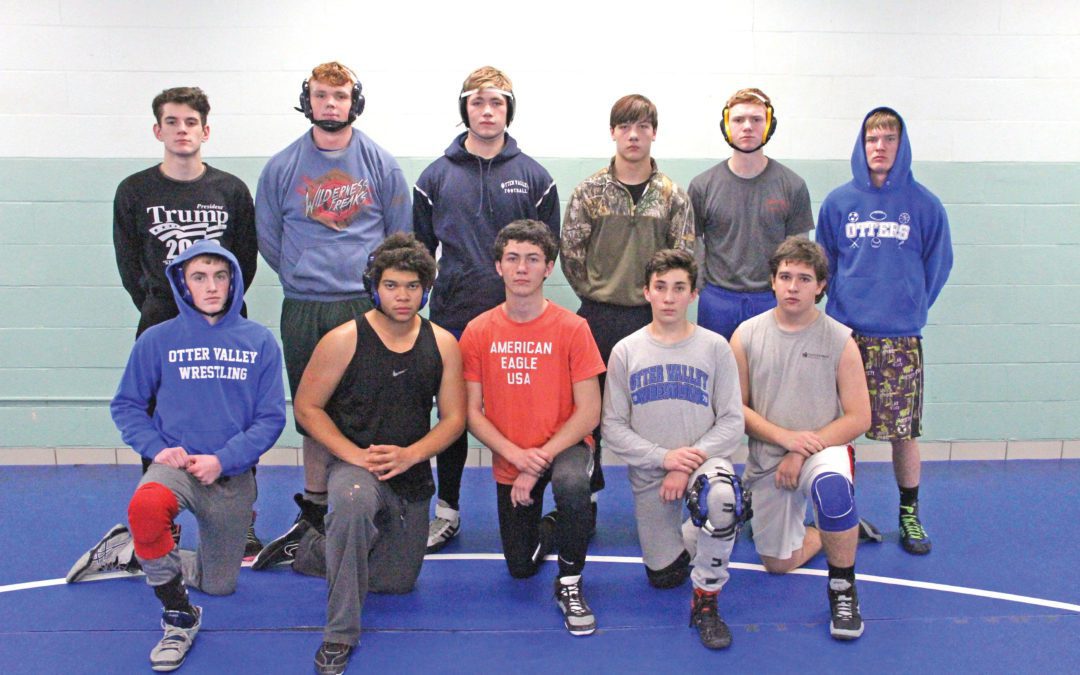 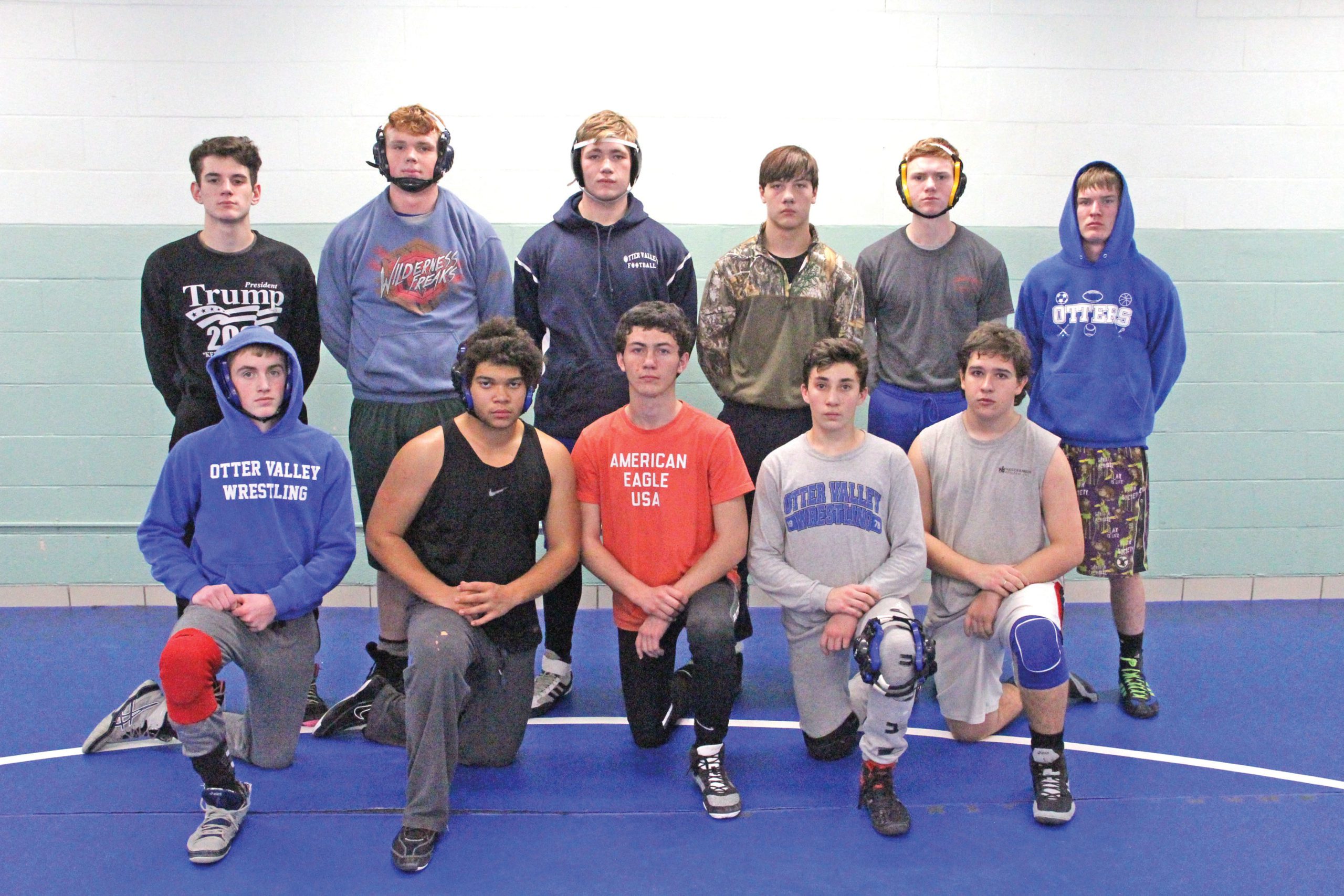 BRANDON — The recruitment and retention plan the Otter Valley wrestling team has implemented to bolster the varsity squad is paying off, and this year the team features 12 grapplers.
Fifth-year coach Cole Mason said his team is solid through the underclassmen, all of whom bring experience having wrestled at the town recreation level and in middle school. Both of those programs have been strengthened in recent years and are now funneling experienced freshmen and sophomores into the varsity program.
It was necessary to keep the high school program alive, as it was just five years ago that Mason ended the season with two wrestlers. Even the loss of standout Josh Beayon to graduation will not be a hard hit for the team, Mason said, with the return of Jared Denis and junior Levi Cram from injury.
“We have a lot of points to make up for from losing Josh,” Mason said, “but while we lost points on kids who didn’t come back, we’ll pick up points from Jared and Levi.”
The team finished fifth in the state championships last season, but Mason said his wrestlers were only two or three match wins away from placing third or fourth.
The squad sports four juniors, three sophomores and four freshmen in addition to the lone senior, Denis. Juniors Matthew Laford, Parker Swain, David Williams and Cram bring strength and experience to their weight classes. Mason also has expectations of sophomores Austin Cormany, Domanic Davis and Martin Samuel.
“They have what it takes,” he said. “We relied heavily on them last year and they wrestled hard. We’re looking at them to put up points.”
Same goes for freshmen Tucker Babcock, John Coleman, Keevon Parks and Caleb Whitney.
“We rely on them for points, as well,” Mason said. “Two of them have been wrestling for years and they all have a lot of talent.”
Team captains are Denis, Cram and Williams.
And although wrestling is an individual sport pitting one wrestler against another, Mason’s goal is consistent growth throughout the season as a team.
“We’ve had individual growth, but we need team growth,” he said. “We need to win duel meets and we need to bring a first- or second-place trophy home from a tournament.”
He said the effect of coming in fifth and wrestling so well at the state championship really lifted morale and led to better practices.
“We’re past the point of relying on individual results,” Mason said. “If they take care of their individual results, the team results will follow.”
The coach said the team will compete in 12 weight classes this season, three more than last year, which will only improve the team’s chances of success.
“In the state of Vermont, (12 weight classes) will get you pretty far,” he said, “but you have to have the numbers to go with the results.”
So where would Mason like to see his team land at the state championships this season?
“Knowing what I know right now, I keep telling them we can bring home a top-three finish,” he said in preseason.
There is a grinder of schedule to begin the season, with back-to back trips to wrestle in New York tournaments.
“There’s no rest for them right away, so they’re either going to get beat up on, or they’re going to beat up on a lot of people,” Mason said. “It’ll be interesting to see what happens when they get on a mat with someone they don’t wrestle every day. They’re either going to fold or push through it.”