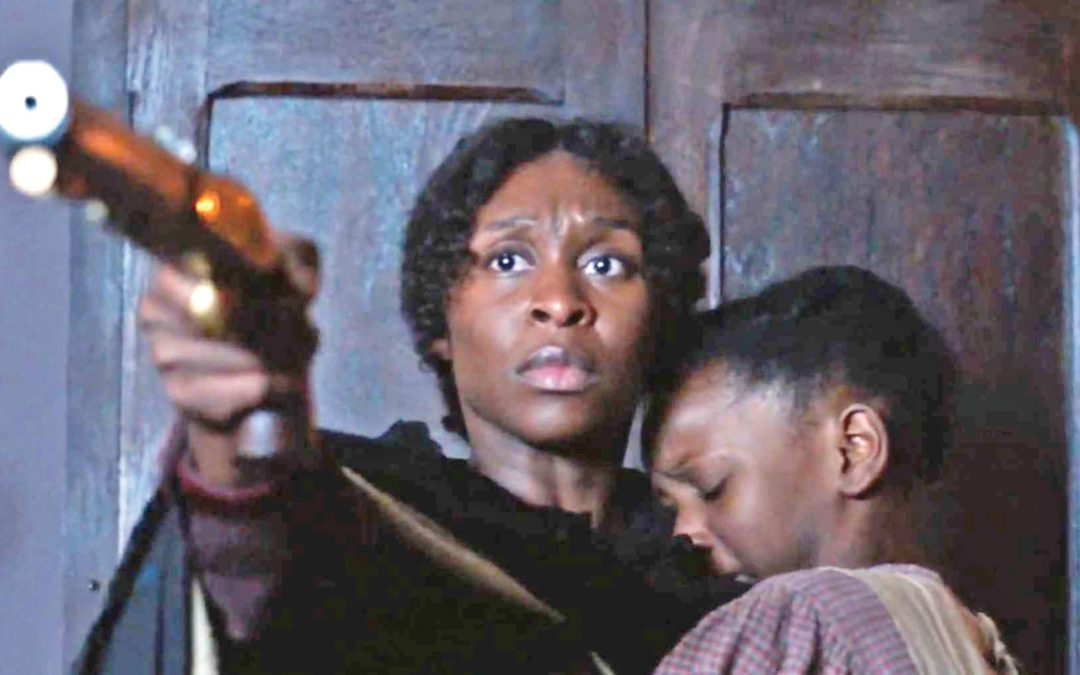 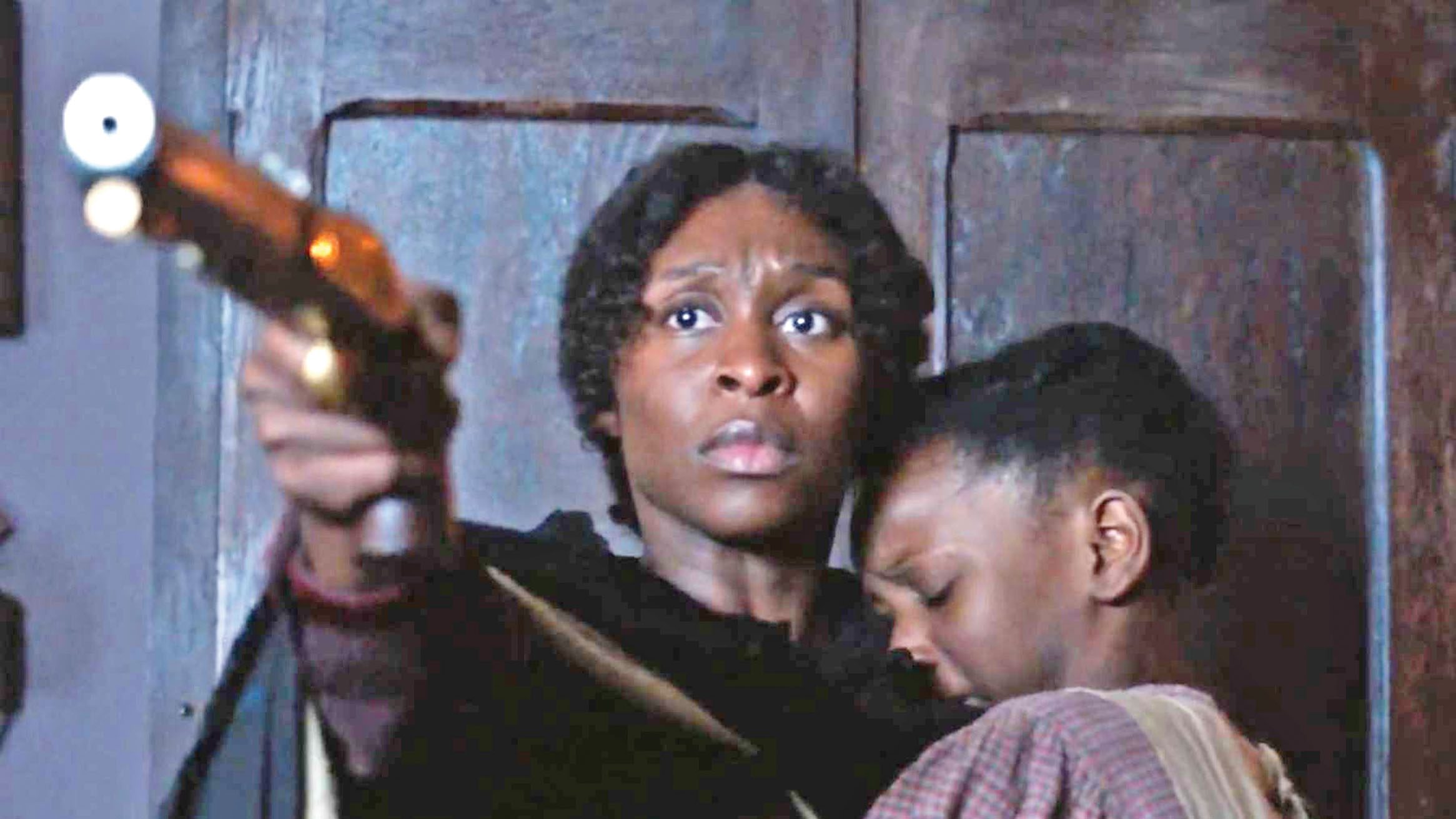 CYNTHIA ERIVO STARS in “Harriet” as the escaped slave who returns to the Antebellum South to help other African Americans flee from their oppressors and find freedom in the North. Middlebury Showing Up for Racial Justice is sponsoring three screenings of the film this Wednesday, Dec. 11, at 1, 4 and 7 p.m. at the Marquis Theater.

MIDDLEBURY — The hit film “Harriet,” about the escaped slave who helped others African Americans get out of the slave states of the South, will be screened in Middlebury this week for one day only.
The group Middlebury Showing Up for Racial Justice (SURJ) is joining with Rutland Area NAACP to host three showings of “Harriet” on Wednesday, Dec. 11, at the Marquis Theater. The fourth movie in this year’s Seeing Color/Seeking Justice Film Series, “Harriet” will be shown at 1, 4 and 7 p.m.
The series is a collaboration of SURJ and the Marquis.
Wednesday’s film tells the extraordinary story of Harriet Tubman, a slave on a Southern plantation who had visions — flashes from God — after a beating from her slave-owner. Threatened with being sold down-river, where she would never see her family again, Harriet runs away, escaping owner Gideon Brodess by jumping off a bridge. She is helped in Pennsylvania by Will Still, who runs a stop on the Underground Railroad.
Harriet bravely returns to the South and helps many slaves escape to the North and later aids the Union Army in freeing hundreds of slaves during the Civil War.
The movie stars Cynthia Erivo as Harriet Tubman, Leslie Odom Jr. as Will Still and Joe Alwyn as Gideon Brodess
SURJ organizer Joanna Colwell said this film helps fulfill the mission of the Seeing Color/Seeking Justice Film Series. She is proud that proceeds from showing this film will support the Rutland Area NAACP, noting that the NACCP has been fighting for civil rights for black Americans since 1909.
“Showing Up for Racial Justice is on a mission to educate our predominantly white community in our predominantly white state that ending racism is a white duty, so we work to support Vermont groups that are led by people of color,” she said. “The Rutland Area NACCP is a group we have supported for many years and we are thrilled to support them with this film.”
The suggested donation for admission to “Harriet” is $10; Colwell said that none would be turned away for lack of funds.
For its January film in this series, SURJ plans to show “Queen and Slim,” the story of an African American couple whose first date turns into a police chase.