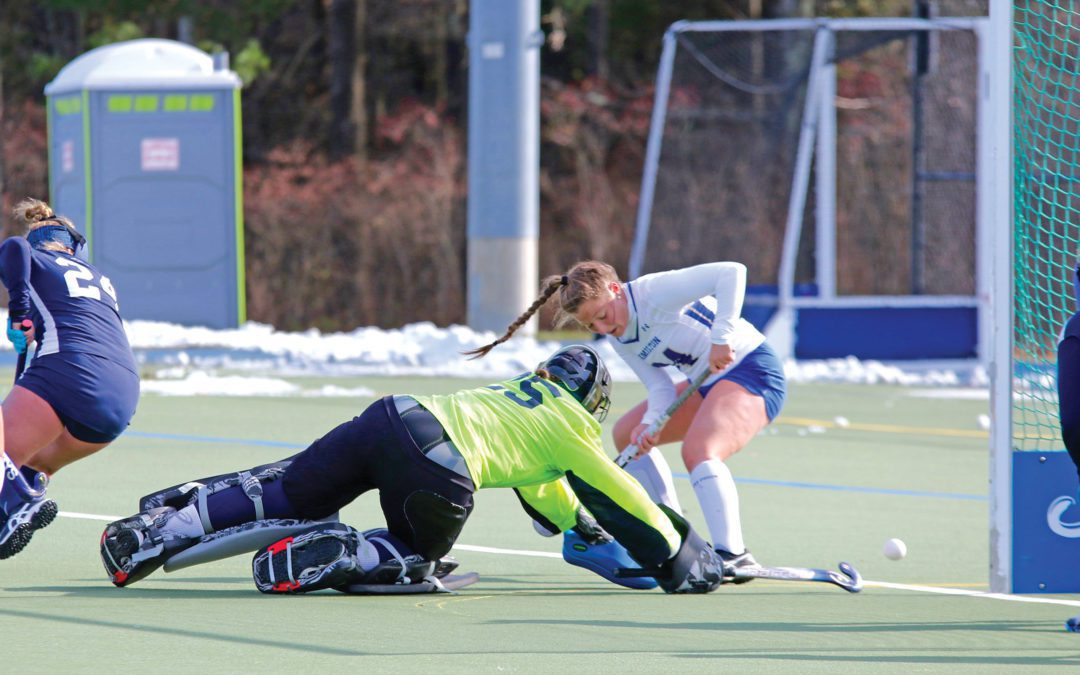 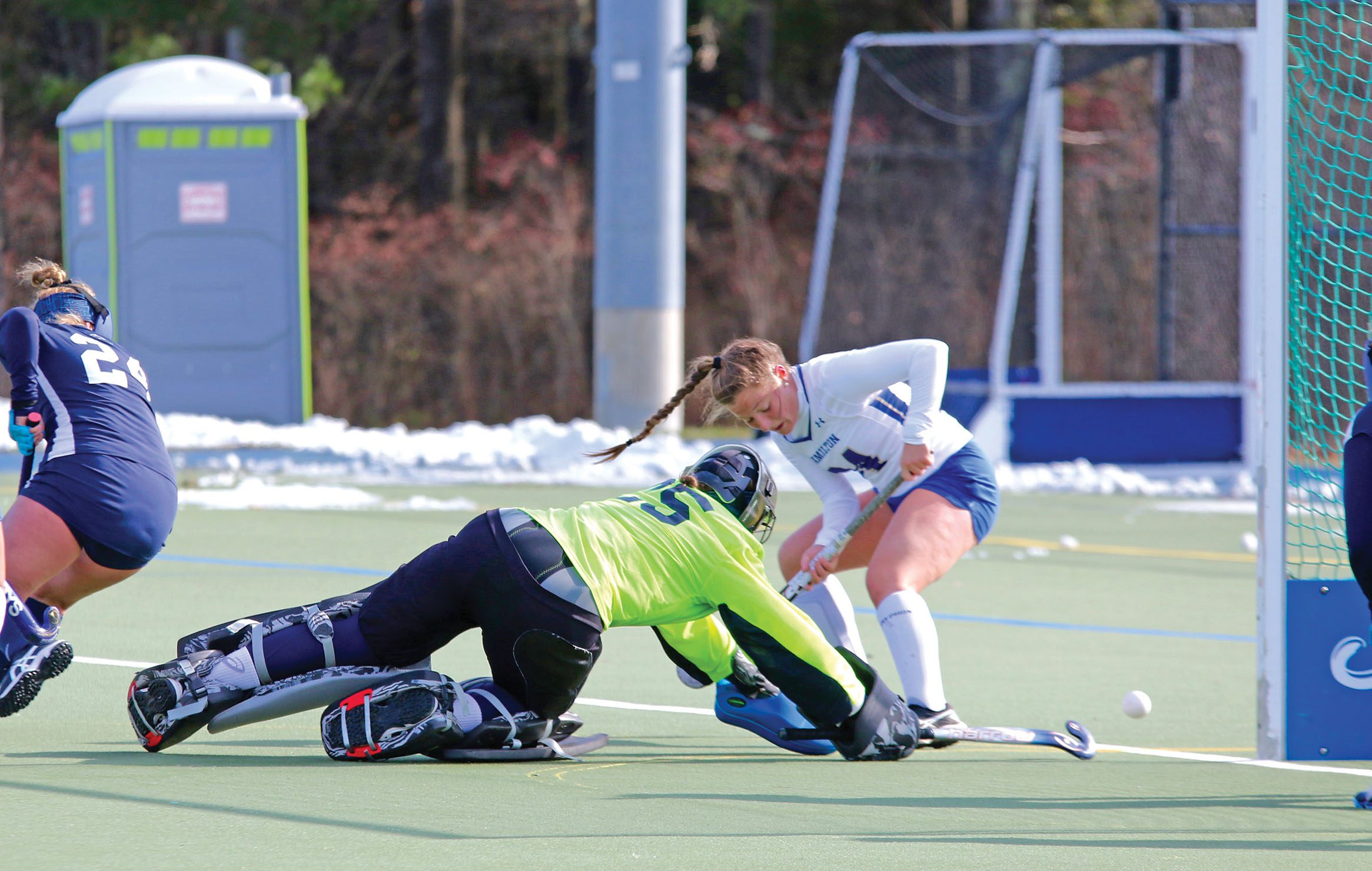 PANTHER GOALKEEPER GRACE Harlan dives to knock the ball away from Hamilton midfield Maura Holden in the first half of last Saturday’s NESCAC semifinal in Middlebury. The home team beat the Continentals, 3-0, and the next day beat Tufts, 3-2, to win the NESCAC title.
By Andy Kirkaldy

MIDDLEBURY — As expected the 17-1 Middlebury College field hockey team will host an NCAA Division III Regional this coming Saturday and Sunday.
Coach Katharine DeLorenzo’s Panthers, who defeated Tufts, 3-2 in overtime this past Sunday to win their third straight NESCAC title, are seeking their third straight NCAA title, their fourth in the past five years, and fifth overall.
It appears the NCAA selection committee gave the Panthers the No. 2 overall seed for the tournament. They were ranked No. 2 behind No. 1 The College of New Jersey (18-0) in the most recent poll, and Middlebury is on the same side of the bracket as No. 3 Salisbury (18-1).
TCNJ is in the same side of the bracket as No. 4 Tufts and No. 6 Johns Hopkins. No. 5 Bowdoin was upset in a NESCAC quarterfinal and did not receive an at-large bid.
Middlebury will open NCAA play on this Saturday at 11 a.m. against the winner of a Wednesday game between No. 15 Babson (18-4) and St. Joseph’s of Maine (18-3).
No. 9 Kean (18-3) was also assigned to Middlebury’s Regional, and at 2 p.m. on Saturday will play whoever wins a Wednesday game between Endicott (18-4) and Wilson (10-8). Former Middlebury Union High School standout Lily Smith starts at midfield for Endicott.
Tickets for this weekend’s games will be available at the gate or may be purchased in advance. Information will be available at athletics.middlebury.edu.
Saturday’s winners will advance to the Regional final, which will be played at 1 p.m. on Sunday. Sunday’s winner will advance to the NCAA final four in Manheim, Penn., on Nov. 23 and 24.