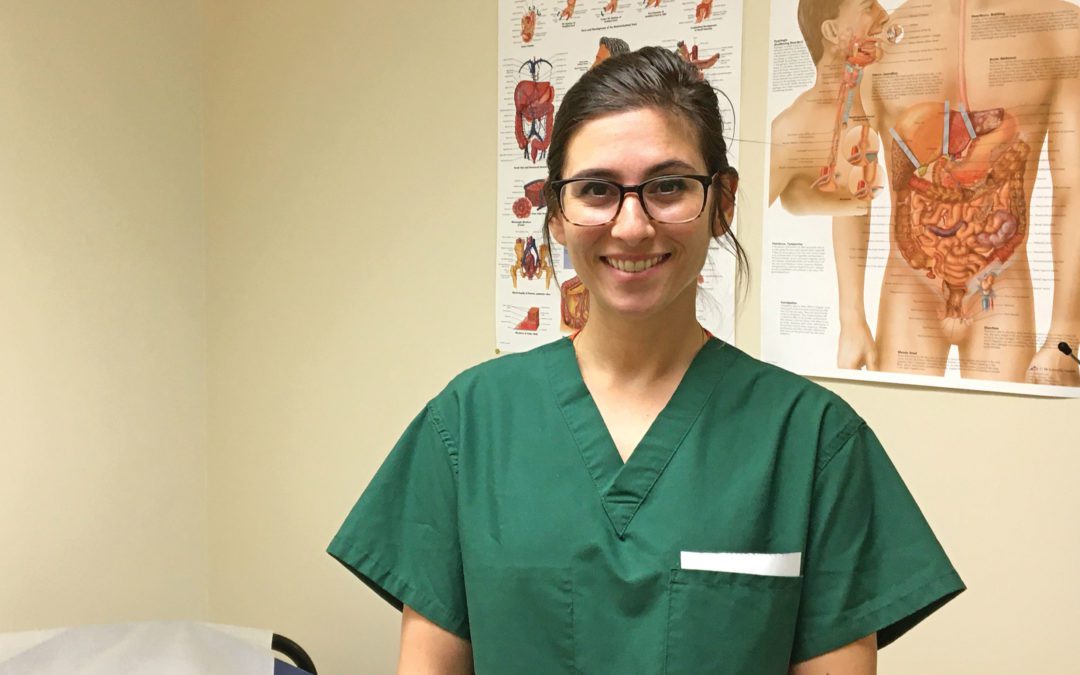 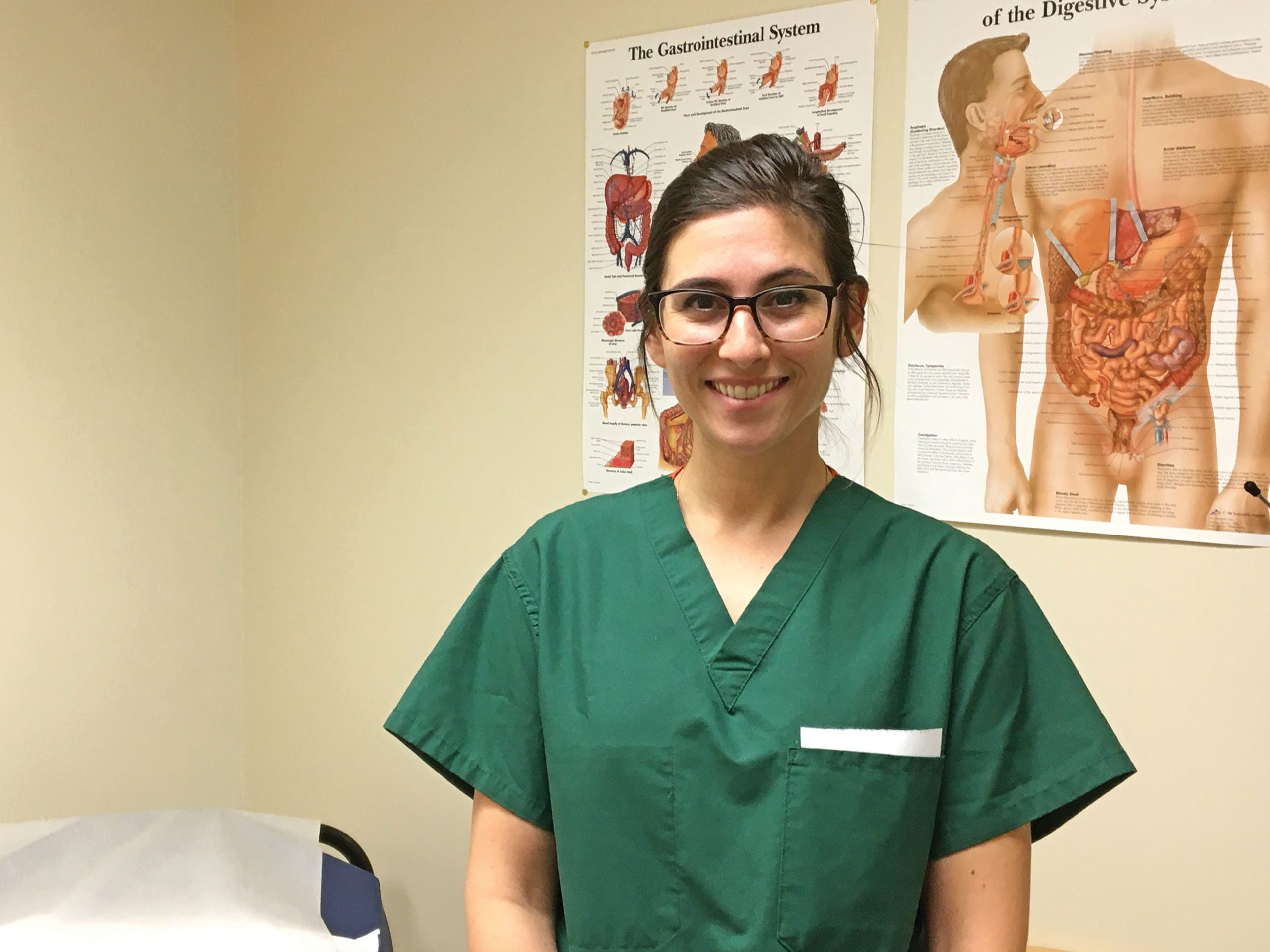 PORTER MEDICAL CENTER surgeon Dr. Elya Vasiliou is spearheading the use of a new protocol that Porter physicians say will help patients bounce back more quickly from major surgery.
By John Flowers

MIDDLEBURY — Tiny Porter Hospital is making giant strides in adopting new patient-care techniques that are allowing patients to better prepare for, and recover from, major surgery.
The Middlebury medical center is practicing a new health care protocol dubbed Enhanced Recovery After Surgery, or ERAS, which is primarily being applied to those undergoing colorectal surgery. Piloted with great effect at Johns Hopkins Hospital in Baltimore, ERAS represents a departure from such traditional strategies as prescribing ample bed rest and dispensing narcotic painkillers following colorectal surgery.
Instead, Porter caregivers are following procedures designed to get patients eating and moving more quickly following surgery, and dispensing alternatives to opioid painkillers, which can delay bowel function and potentially lead to addiction, noted Dr. Elya Vasiliou, a general surgeon with Porter Surgical Services.
“This has been one of the biggest advances I’ve seen in surgical care,” Vasiliou said during an interview on Tuesday.
The ERAS protocols include:
• Giving patients a bigger role in their recovery.
“The surgeon is having a conversation with the patient before surgery and setting expectations, and letting the patient know their role in recovery,” Vasiliou said. “All of my patients have been spectacular. The day of surgery, they know that I’m going to start nagging them to get up and start walking. Most of them are out of bed before I even see them post-op; they’ve already been on a walk; they’re invested.”
• Phasing out narcotics during and after the operation.
“We’re using medications that we already have, in different ways,” Vasiliou explained. “The reason this works is that we are basically attacking every other pain receptor besides the narcotic ones. We’re using Tylenol… and local anesthetics that we would normally use just to numb the skin. We have a formulation of that that lasts longer — up to 72 hours. We inject that into the abdominal wall immediately before the surgery so that we block those nerves and when we make those incisions, it doesn’t stimulate the nerves in the first place. For some reason, blocking the nerves before that negative stimulus can help prevent the experience of pain altogether.”
• Reducing fasting time prior to and after surgery, and relying less on intravenous fluids.
“It used to be a weeklong hospital stay,” she said. “And it wasn’t necessarily a pleasant hospital stay. The patient might have a catheter in their bladder, and a tube in their nose to drain the stomach until their bowels begin working again. They’d be taking ample doses of narcotics for pain management.
“Now, the catheter is coming out either the day of surgery or the next morning,” Vasiliou added. “We’ve gotten rid of the tube in the nose, completely. And we let people start eating and drinking the day of surgery, which is amazing.”
The bottom line: Patients are spending an average of two days in the hospital for their colon surgery. It used to be a weeklong stay. Colorectal surgeries can be among the most extensive and time consuming procedures performed at a hospital, as they can involve removing and reconnecting significant portions of the colon.
“The outcomes have been so amazing,” she said. “It’s been an amazing opportunity to help develop this program here, to raise awareness, and be able to offer this to our patients.”
The success of ERAS in colon procedures is prompting Porter officials to consider applying some of its principles to other kinds of surgeries, according to Vasiliou.
“For most of our surgeries now, we’re working to decrease the narcotics during surgery, and we’re using multi-modal pain control therapy for other surgeries and saying, ‘Well, this works for colons, let’s try attacking these other (pain) receptors before we go straight to opiates after whatever surgery you’ve had,’” she said. “It’s been really effective.”
Vasiliou is proud to see Porter stay on the cutting edge of surgery techniques.
“At a critical access hospital, this is something they are freshly rolling out at a lot of major hospitals across the country, and we’ve already had it up and running for over a year,” she said. “That’s really a cool experience to be a part of.”
Reporter John Flowers is at johnf@addisonindependent.com.