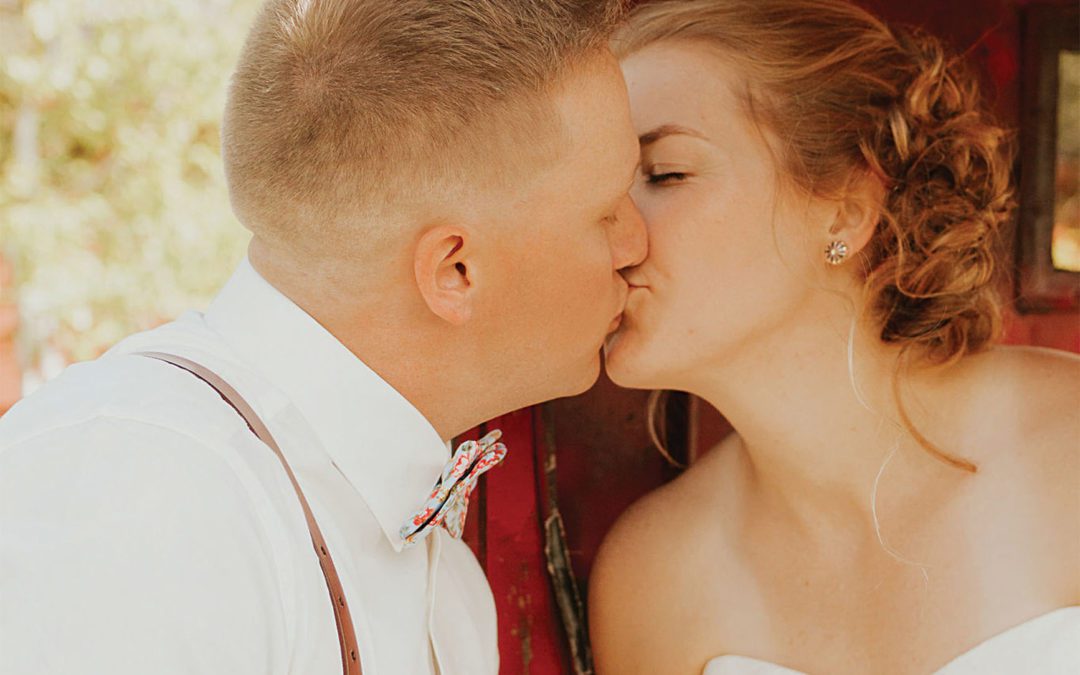 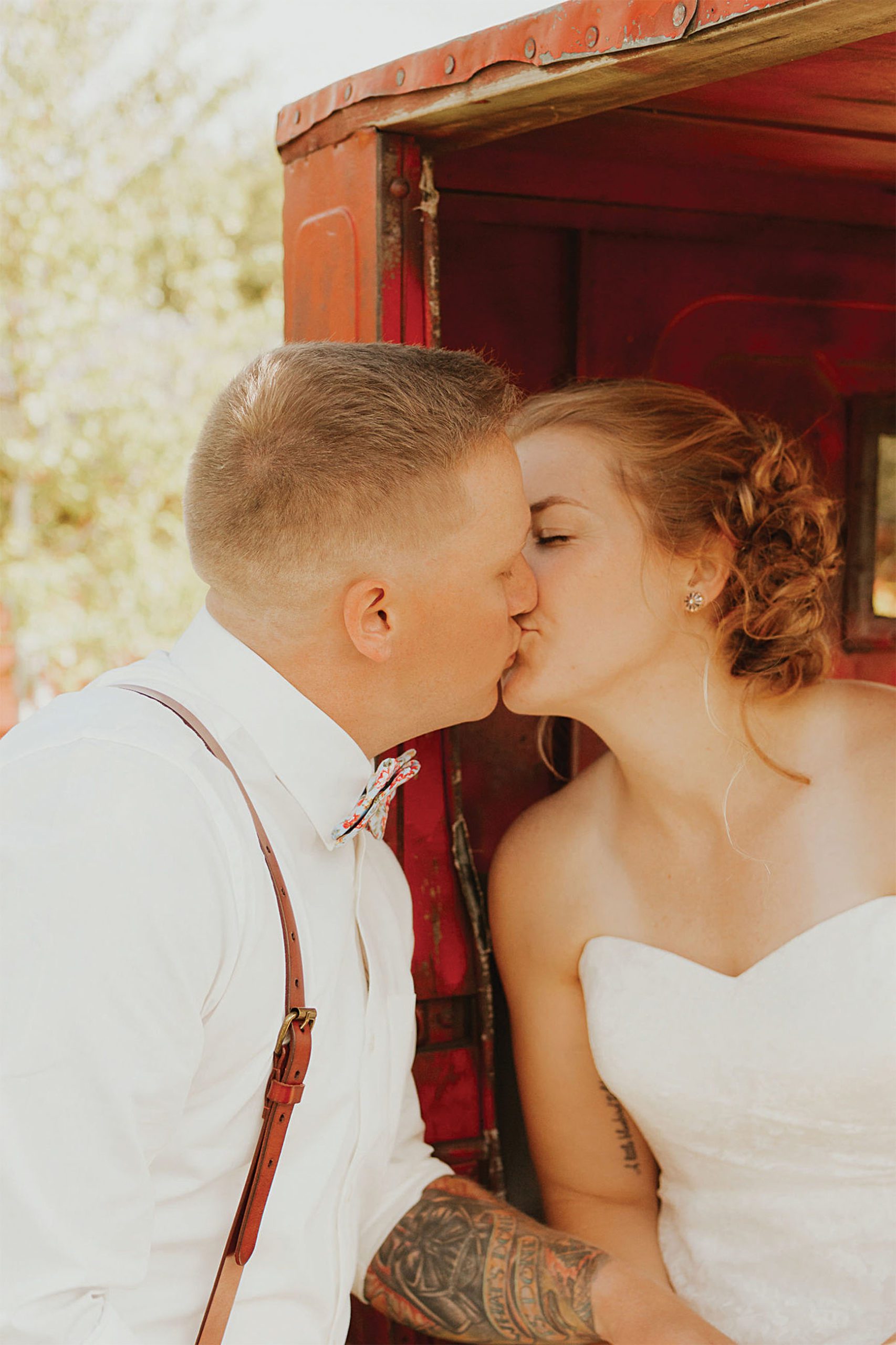 Though neither had high hopes for the platform, Brad and Alicia had initially met online. They started off tentatively, just talking for well over a month before they finally agreed to meet in person. But then their relationship blossomed and they slowly started thanking the clever the algorithms that initially brought them together!
On a chilly December day in 2018, Brad asked Alicia if she wanted to go for a hike up to Silver Lake. Always game for a hike, Alicia excitedly agreed. On the way up Brad was a little quiet, but Alicia says she didn’t think too much of it at the time.
At the top, as Alicia was taking in the clear blue sky and quiet frozen lake, Brad dropped to one knee. When she turned around, Alicia was surprised with the question of a lifetime and a lovely ring.
The couple quickly agreed that they wanted their wedding to feel rustic, country and free. They had both grown up in the county and were lovers of the outdoors. The Vermont Wedding Barn in Bridport fit the bill exactly. With sweeping views of the Adirondacks, rolling pastures and an alpaca herd on site, it checked all of the boxes.
For dinner, they commissioned a taco bar and finished the meal with homemade chocolate chip, oatmeal raisin and Amish sugar cookies that Alicia’s mother made instead of cake. As an effort to reduce landfill waste and avoid furthering the pollution of the planet they both cherish, the couple used biodegradable plates, utensils and cups for their reception.
The whole affair was seamless and perfect, the careful planning done by the bride and groom paying great dividends for their big day.
Perhaps the single most vivid moment they will take away was the “running of the alpacas”, which they did right at sunset. Brad and Alicia ran in front, with dozens of baby and mama alpacas close behind. Who wouldn’t cherish that memory?